Visitors to the iconic Dancing House in Prague, co-designed by world-famous architect Frank Gehry and Prague-based Vlado Milunić in the early 1990s, can now see spaces normally inaccessible to the public. The new tour includes the technical facilities, the courtyard and a lookout point with a view of the Prague Castle and the apartment where late president Václav Havel lived for decades.

One of the most notable modern buildings in Prague, the Dancing House, officially opened in 1996. However, the concept for the building was actually conceived much earlier by the late Czech president and dissident, who for decades lived right next to the spot, where the Dancing House was erected.

The lot had been empty since 1945, when the neo-Baroque building that used to stand there was accidentally destroyed by US bombers. Even before the Velvet Revolution, Václav Havel came up with an idea to fill the long-vacant plot with a new building that would serve as a cultural centre, explains architect David Tichý: 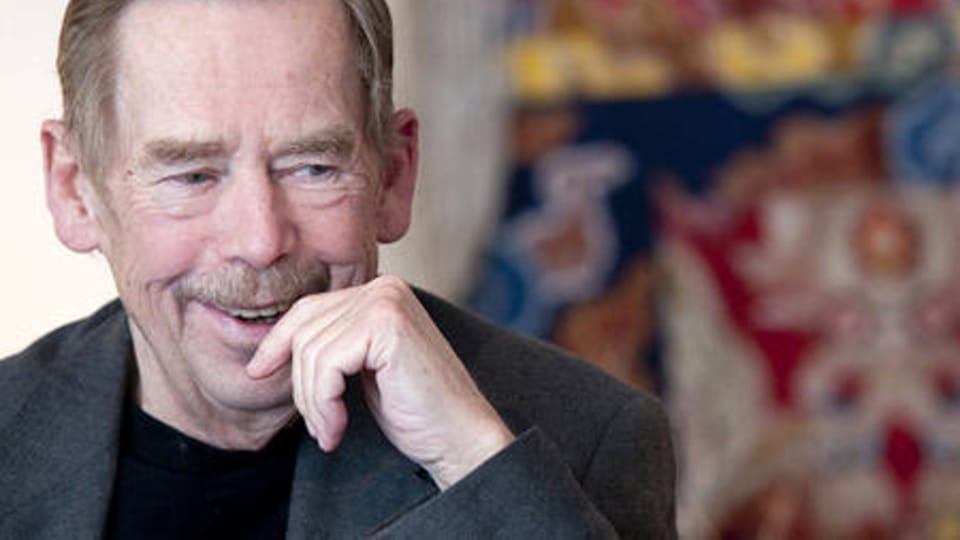 "Havel and Milunić envisaged the creation of a vibrant cultural centre with galleries, a screening hall and a theatre, as well as a restaurant. They even thought of creating a tunnel that would connect the building with the Vltava embankment.”

In 1990, the Prague-based Croatian architect Vlado Milunić, Václav Havel’s neighbour and friend, came up with the first design for the building. In 1992, he re-designed the original concept with the world-famous Canadian architect Frank Gehry and two years later, construction of the building went ahead.

Its first official name was the Nationale-Nederlanden Building, after the Dutch insurance company that commissioned the project, but the curved structure resembling a ballroom couple soon become known as the Dancing House.

Unfortunately, the original project of a cultural centre had to be dropped in favour of offices and hotel rooms and visitors are normally allowed only to the gallery, restaurant and a bar with a view of the Prague Castle.

To mark the 30th anniversary of its conception, the Dancing House has temporarily opened spaces that are usually inaccessible to the public. Robert Vůjtek, director of the gallery, outlines the details:

“Visitors can see all the technical facilities of the building, from the heating system to the air-conditioning.

“They can also see the courtyard, which has never been accessible to the public before, and they can peek into the hotel rooms, which were converted from what used to be an open space office.

“They can also visit the lookout point on the building’s top floor, which offers a unique view of the Prague Castle and the apartment where Václav Havel used to live.”

Visitors will have a chance to see the previously inaccessible spaces of the Dancing House until the end of August. Admission to the building also includes a ticket to the current exhibition of glass objects by the late designer Bořek Šípek.