At the beginning of the 20th century, glass and especially glass perfume bottles made by small local craftsmen in Josefuv Důl in the Jizera Mountains, generated a lot of interest, selling not only in the fashion capitals of Europe but overseas as well. Most of these small workshops disappeared over time, but the glassmaking tradition in the Jizera Mountains is still alive and individual workshops still produce exclusive products.

The Pesničák brothers – Jan and Jaroslav –restored one of these workshops in 1995 in order to revive the family craft. The grinders are electric-powered, but otherwise not much has changed in the production process which is based on painstaking engravings -a precise handiwork that not everyone can do. Jaroslav soon gave up, but Jan persevered and is now runs the small workshop alone, getting orders from as far as the United States where his work is much admired.

Jan engraves motifs on perfume bottles created from preserved moulds and pliers that are over a century old. He works much like craftsmen did a century ago, getting the required shapes blown or pressed by local glassmakers and then embarking on a lengthy process of laborious grinding and polishing until the piece is perfect. 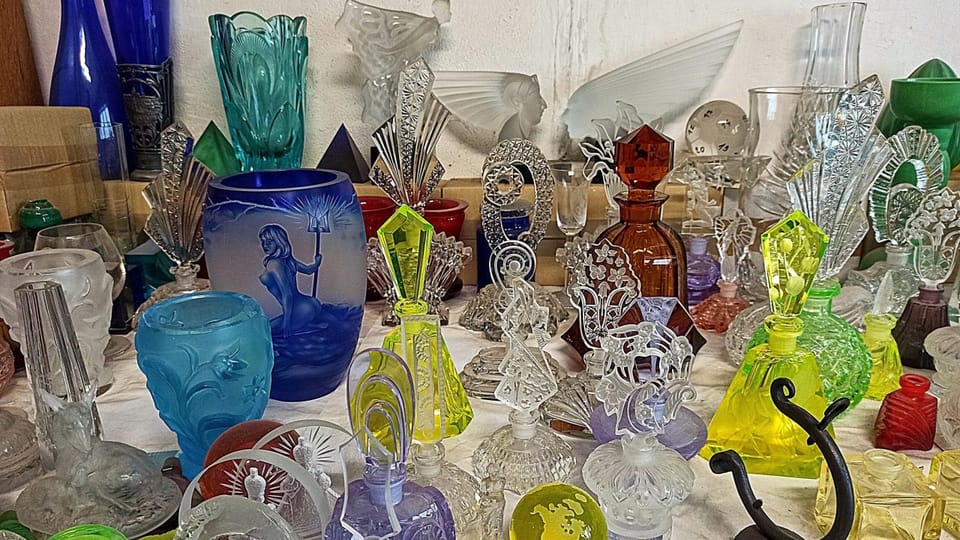 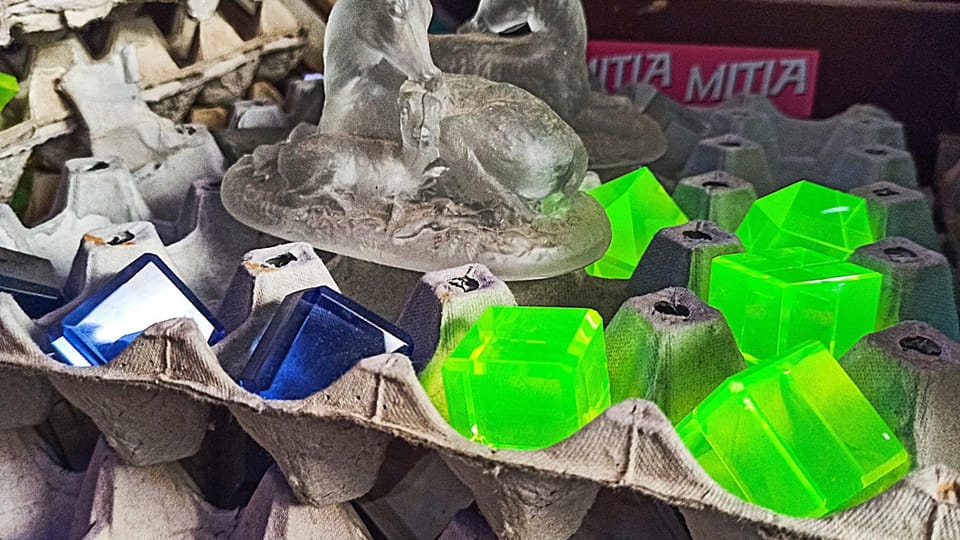 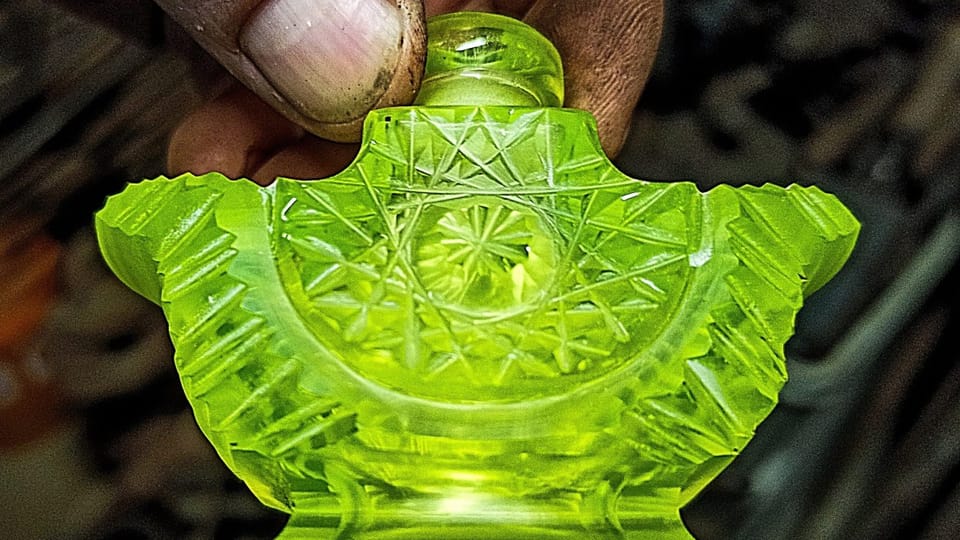 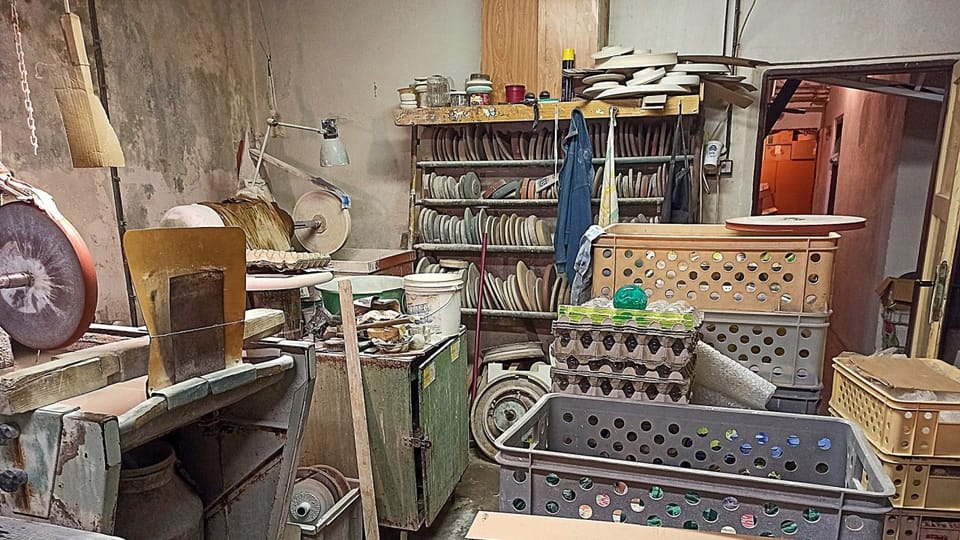 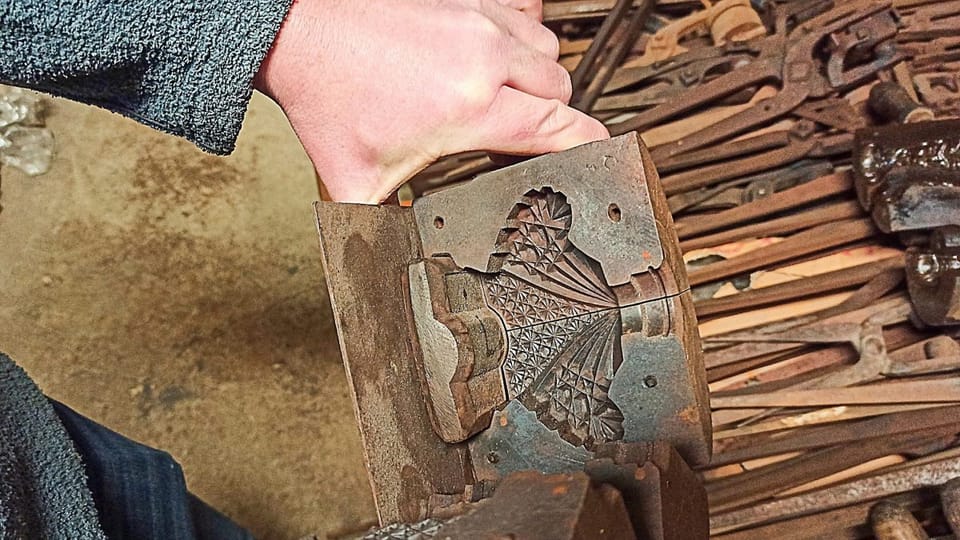 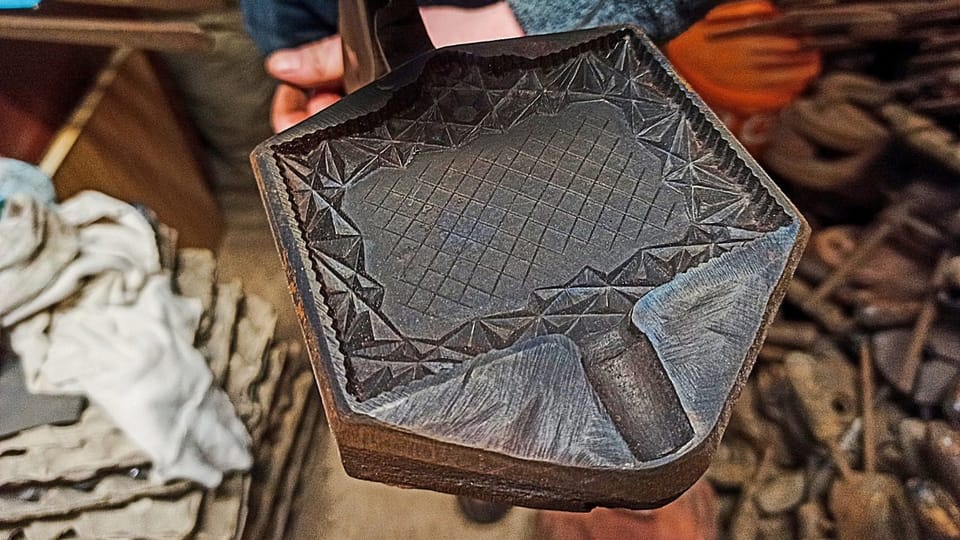 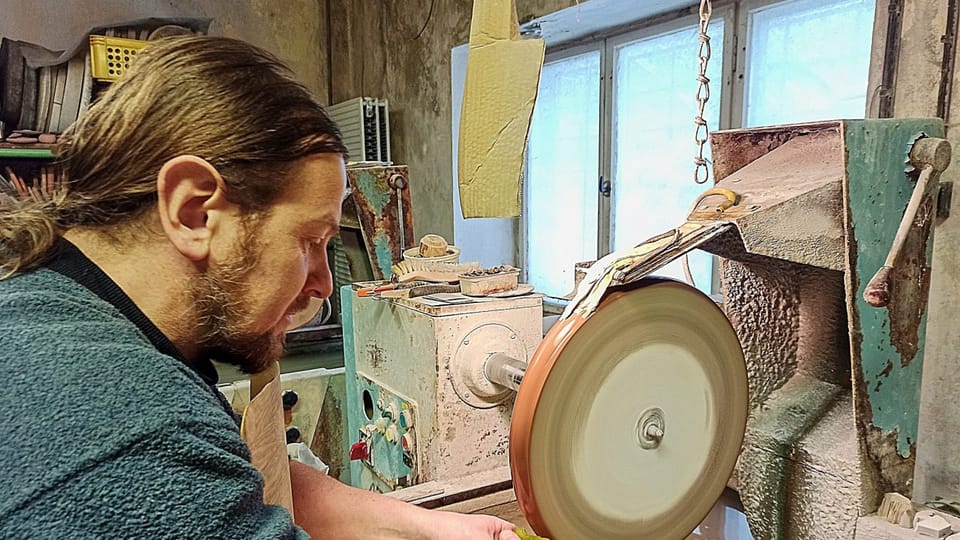 “I can pretty much produce whatever people ask for. Come and have a look at my instruments – all these moulds and pliers are 100 to 130 and years old. When I want to make new things I chose the moulds I want and I take them to my glassblower where I choose the colour of the glass I want and have him mould or blow the glass object the exact right size. When they I ready I get to work, grinding, sanding and engraving. It then depends of the motif that I am engraving – some are ready within two hours, but some are so complicated that they take several days to make. As you see –it is all precise handiwork from start to finish and the production process has not changed in a hundred years.”

In addition to perfume bottles which are everywhere in the small workshop, Jan Pesničák makes unique glasses, vases,  globes, paperweights, candlesticks, jewellery and other small items that delight the eye. Some of the pieces have an unusual colour and lustre. Jan explains what gives them that special glow.

“This is something called uranium glass. It is glass which has uranium oxide added to the glass mix before melting for coloration. You can get several very attractive colours that glow – the most common is yellow, or green, but you also get it in blue or pink.”

Jan’s handmade creations are truly exceptional and are admired far from home.

“The vast majority of my products –particularly the perfume bottles – are for clients abroad, predominantly in the United States and Canada, and to a lesser extent in Europe –France, Switzerland and so on.”

Visitors who want to see the Pesničák glass manufactory which looks almost the same as it did a century ago will be welcome if they arrange the visit in advance by phone.