Did you know that the Czech Republic is the original home of the mass-produced gnome? Gnomes, elves and dwarves have quite a tradition here, but it is a tradition that has been scorned by snobs and neglected by the rest of us. Not any more: an exhibition currently showing at the Museum of Central Bohemia in Roztoky, just north of Prague aims to put things right. David Vaughan donned his red cap and went along, accompanied by the museum's programme director, Tana Pekarkova.

We are in the entrance hall of the exhibition and all around us there are photographs of gnomes, there are children's books going back many years about gnomes and dwarves, and some more recent ones as well. And there is a big statue of a gnome about 6 feet high.

Now we are going to move on to the exhibition itself.

"We'll start in the first room, where there are gnome paintings and sculptures by well-known Czech artists including Kurt Gebauer and Miroslava Krausova."

Here there is a semi-abstract gnome, a plaster statue, one of the works of art with a gnome theme. And if we go on a bit further, we are going as if through the woods. The floor is green. And here is a gnome painting. He is in a field of green and red cabbages. It says, 'The Guard of the Red Cabbage'.

If we continue past the works by well-known artists we reach another little room, where there are various little statues of gnomes made by children. And they can compete pretty well with the works by the more famous artists in the previous room: there are all sorts of ceramic gnomes here of different sizes, in different coloured hats.

"Now we're entering the third part of the exhibition, where you'll find our oldest exhibits, which we've tried to arrange in groups to make them look as though they come from a fairy tale. We didn't want to take a dry, art-historical approach, although we do also offer examples of some really early gnomes. We have two from the late Renaissance period, and there are also many rare gnomes from the Maresch ceramics factory that used to be in Usti nad Labem in North Bohemia and was the first ever to create mass-produced gnomes. At the beginning of the last century it was exporting them all over Europe."

You say that the oldest of the gnomes go back to the late Renaissance time. I would be interested to know what their symbolism was.

"They are caricatures of a noble woman and a peasant. They were made by the well known sculptor Matyas Braun and they parodied various human qualities, such virtue and vice."

[Hits a giant red mushroom with a hammer] "That was a sound that you can normally hear on the colonnade in the town of Podebrady. It's a gnome which chimes the hour with a hammer. It's here at the exhibition because they happen to be doing building work at the colonnade, so the town hall was happy to lend it. This gnome has a fascinating history. It was installed around 1930. Then some time after 1960 some bigwig decided it was kitsch and a relic from the bourgeois past, and they removed it. After 1989 the mayor of Podebrady launched a hunt for the lost gnome. The old lady who had been looking after it all those years gave it back to the town, and the gnome was put back in its rightful place. When I went to pick it up, I found out that the people of Podebrady, like everywhere in the world, are divided into gnome types and anti-gnome types. Some were crying when I took the gnome away, and others were shouting for joy and told me never to bring it back again."

And I remember that two of our Radio Prague listeners once stayed in a hotel next door to where the gnome normally stands, and they were driven nearly mad by the chiming of the mushroom which he hits every hour. They compared it to the sound of a scaffolding pole being dropped.

If you'd like to find out more about the exhibition or the Museum of Central Bohemia in Roztoky, go to www.muzeum-roztoky.cz 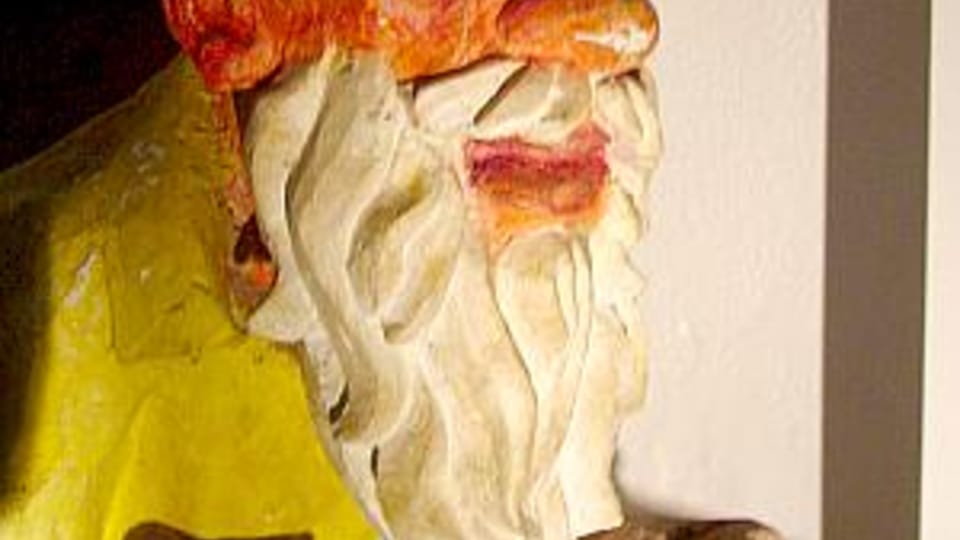 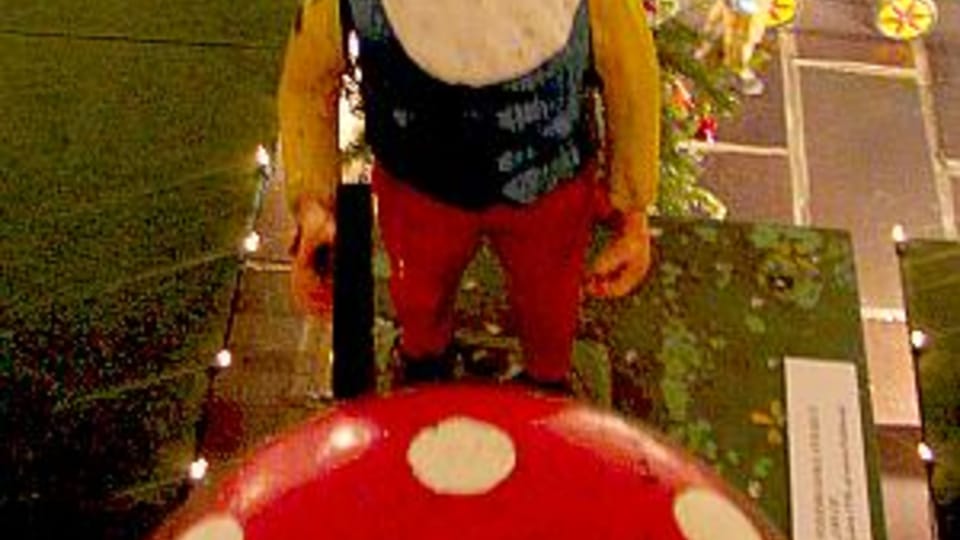 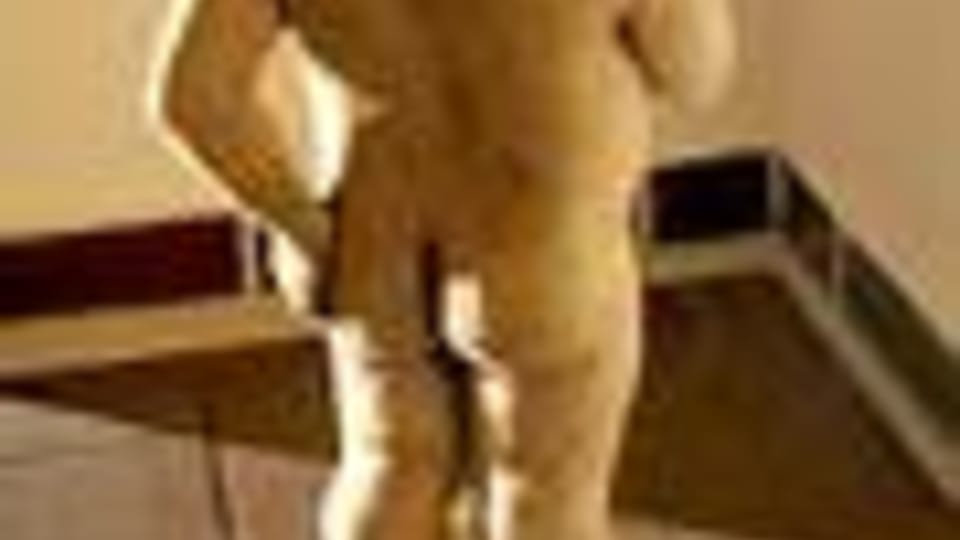