Artist Sonya Darrow spends her time in the Czech Republic and in Iowa, two places where she feels at home. Her interesting exhibition “Stezky/Pathways” recently opened at the American Center in Prague. I spoke to her about how she explores the questions of identity and cultural connections though her work and started off by asking her how she become involved in the Czech community.

Along the Bohemian Creek in Protivin, photo: archive of Sonya Darrow
“The inspiration comes from my own personal heritage. I grew up in the largest Czech settlement in the U.S. which is Cedar Rapids, Iowa. It’s home to the National Czech & Slovak Museum & Library. I started connecting to it a little bit when I was younger… but it was more about a certain time; it was actually ten years ago that the 2008 flood hit Cedar Rapids and it changed our cultural landscape. From that moment on I realized a lot of things, along with others in my community.

“One particular moment that really opened my eyes was when we were cleaning artifacts with the museum and with the volunteers - and some of these volunteers were the ones that started the institution. We were cleaning these artifacts in a garage and that’s actually where the museum started, in a garage, just a collection of items. That moment it was really beautiful because everyone was telling stories related to the objects that they were cleaning. It became this very collective moment and a significant one for me. It made me want to try to figure out what it means to be Czech, what it means to be Czech-American, and what’s my sense of place.”

And you then turned to collecting Czechoslovak artifacts?

They are artifacts that are given to you by families with Czech roots?

Particularly in the U.S., a lot of these aging heritage communities are at a crossroads, the generations are becoming further and further away.

“Yes! A lot of it comes during moments that are unexpected, so it’s not this day where it’s like ‘come collect things.’ It’s turned into this really beautiful collaboration over the last ten years with a lot of different people that have impacted my artistic being and my cultural being too.”

The items are on loan to you? Or the families are willing to just give them?

“They’re willing actually to give them. There was one person that gave me what I think is the best title that anyone could ever give to me which was that I’m an heirloom caretaker. That’s what I kind of view myself as and I think that’s the way a lot of people view it as too. They know that it’s going to a place that it will have another set of meanings behind it, it will continue to evolve with the times, and it won’t stay as it is or be given to a thrift store. Unfortunately their grandchildren don’t want doilies and different things, but I give it a different cultural meaning.”

Are there any cool stories behind the artifacts that you could share with us?

“Well actually with the project Stezky/Pathways - I think the most interesting items that I’ve been given have come from that project - it’s really done in a way in which I try to be as open as possible with the people that I engage with. I don’t think of the perfect outcome or the perfect narrative that can come from it. It just finds me.”

“So in Stezky/Pathways part of the project was collecting. It’s easy to say collecting because that’s what it is, but it’s not just trying to take things from people. The first item that somebody gave me for the project was a root from a tree. This root was from Ely, Iowa, and it was given to me by Joanne Chadima. It was from an old farm from the 1890’s that was in the original part of the settlement. It was the oldest tree and it had recently fallen, so I was very fortunate that it was the right timing… 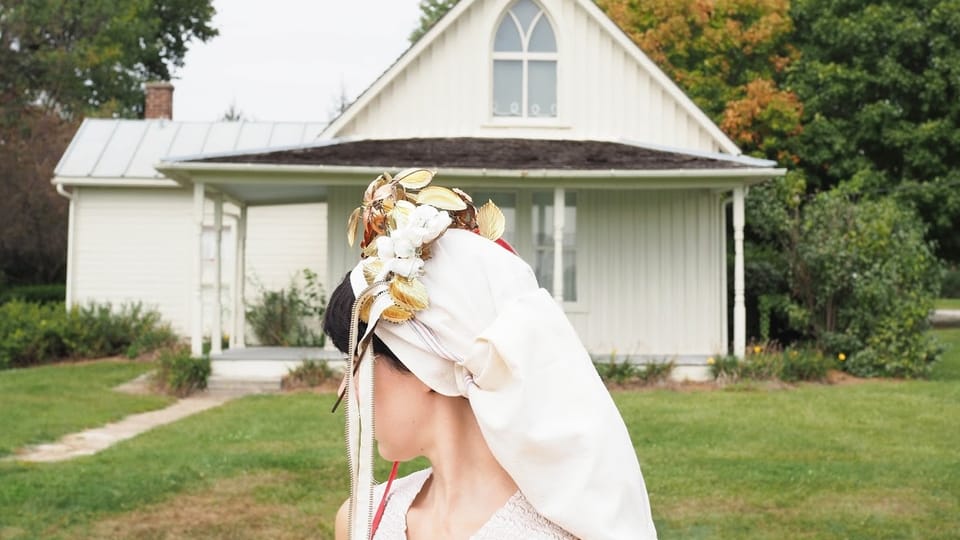 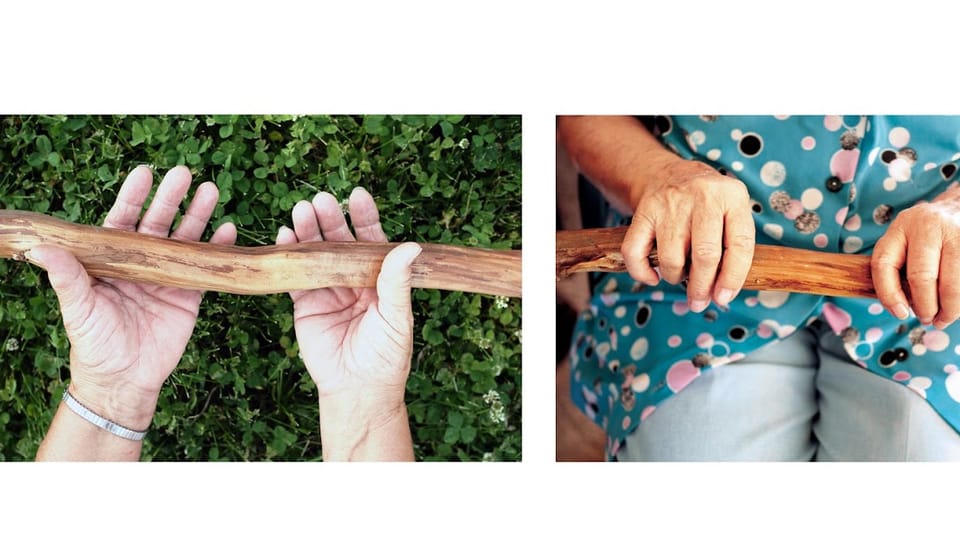 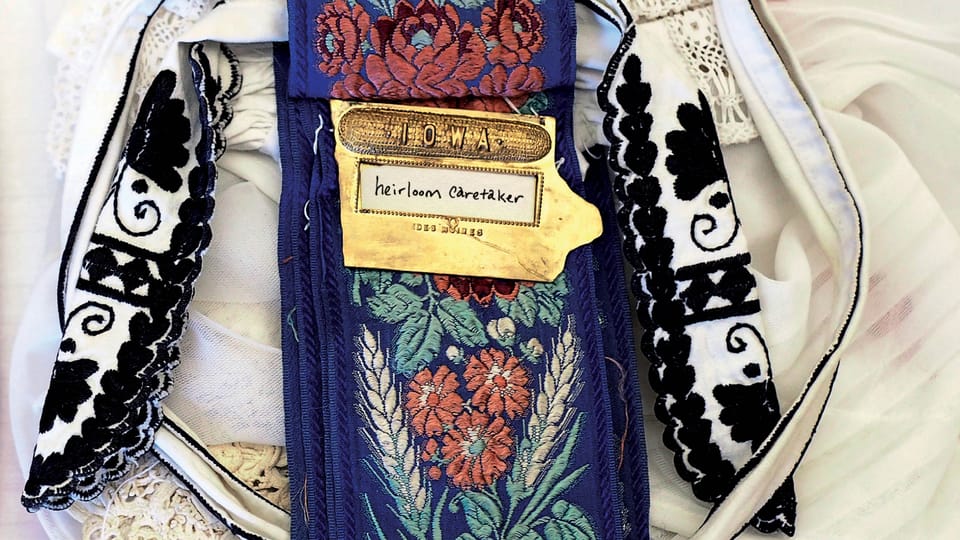 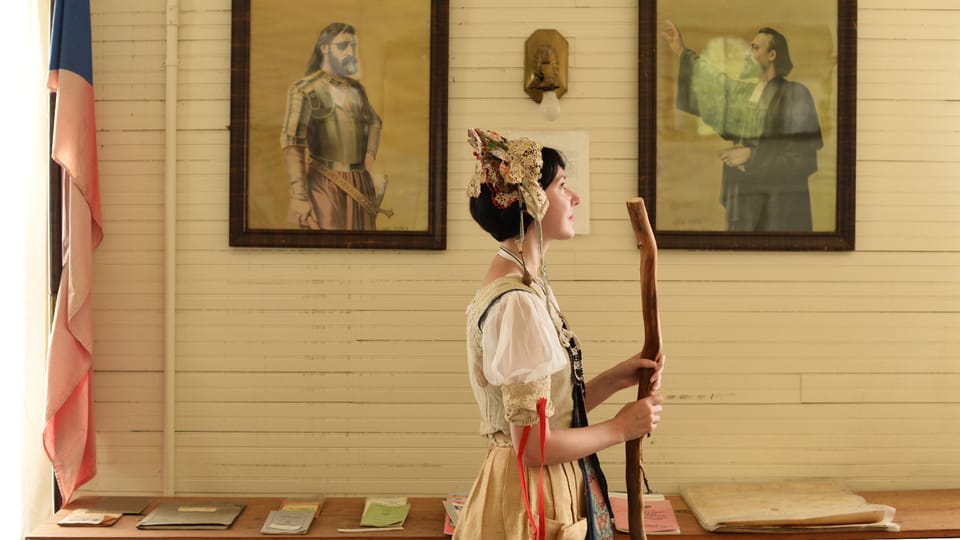 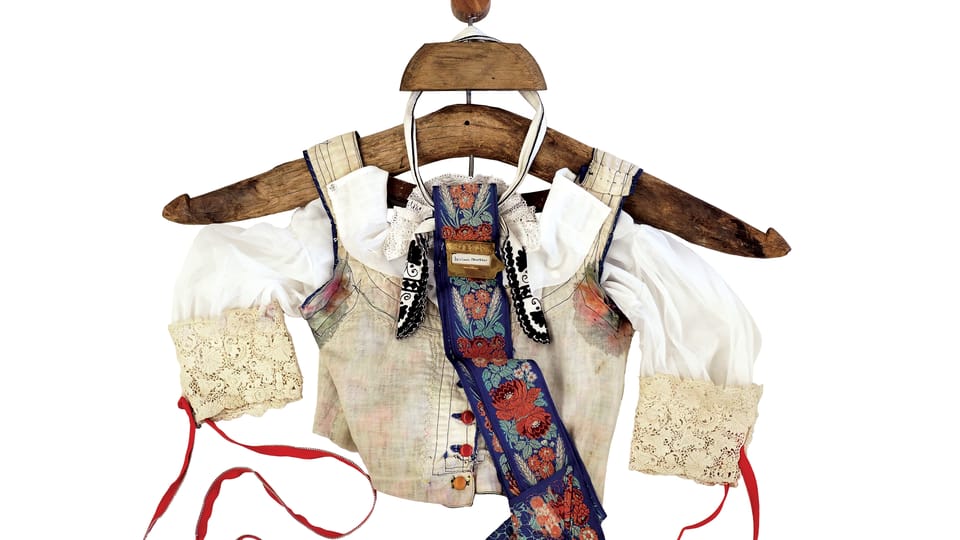 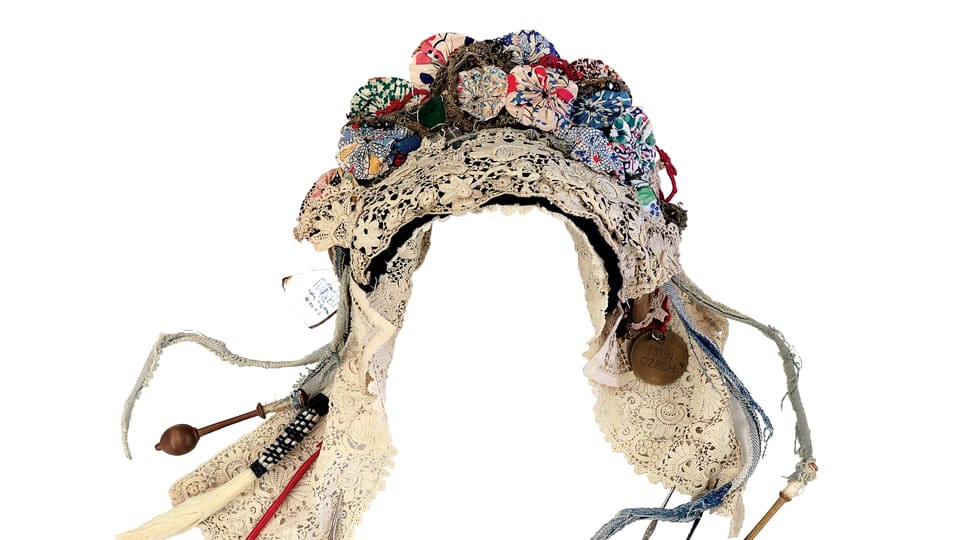 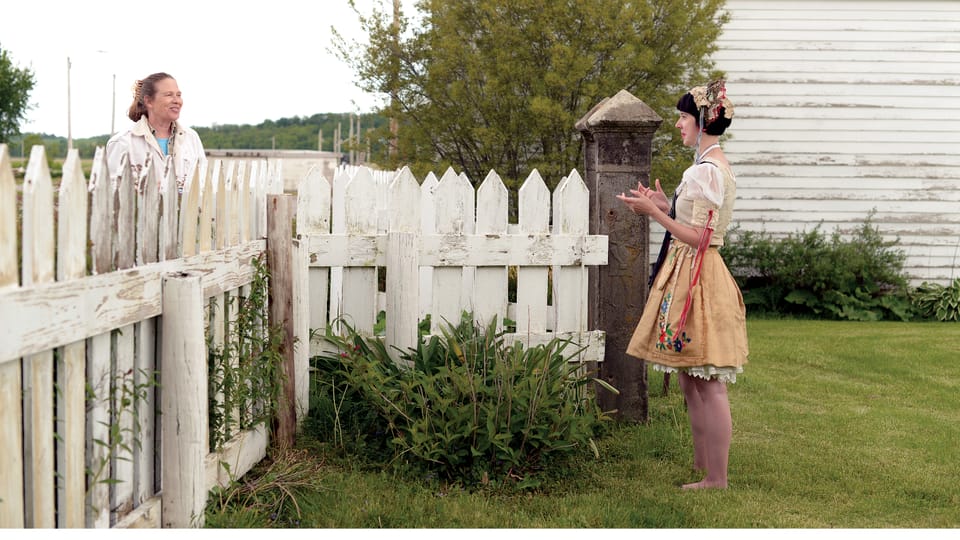 And it relates back to the Czech heritage?

“Yes, because there is a Jan Hus stone there. It’s actually where a lot of the free thinkers came, so there is that historic connection to it. It’s one of the Czech settlements in Iowa that was featured in my project Stezky/Pathways.

“This root, it’s gorgeous. Most people think that it was polished or something, but tree roots are very strong and beautiful pieces of wood. It became this symbol for the project, as it was the first item. If it had happened in the middle of the project it would have been completely different.”

What are some of the most common artifacts that are given to you?

“These types of unusual ones, and I think that the reason why they become inspired to give me these unusual pieces is because when I do these presentations about my art practices, my methods, and the way I do this interesting bit of humor with my Czech identity and how I find it ‘in the ground,’ they relate to it in some way. So their response becomes unique as well, because they are also being creative in the way of finding their story within it.”

How do the Americans without Czech roots relate to your projects? Do they find them to have some sort of meaning or is it really just for the people that identify with their Czech roots?

I started this sound archive of the Czech dialect in Iowa because it’s really a time capsule of the language.

“I think a lot of people connect to the project. It’s not just a Czech project, it’s not just an Iowa project, it’s not just an American project - it’s something that I think hits at a lot of what is happening in the world now too. It’s not just about identity. Particularly in the U.S., a lot of these aging heritage communities are at a crossroads, the generations are becoming further and further away. A lot of these communities that I am engaged with are ones that don’t really know what to do next. The things that they are reflecting and the objects that they are giving me are symbols of where they are at.

“The last object that was given was a chunk of stone that was part of the foundation of an old Czech social hall that had fallen off. After my presentation, somebody came up and gave it to me, and that was the last object. So I think it hits at a lot of different things, and in regards to research in heritage communities or heritage interpretation, it’s a unique practice that I am presenting as well.”

Can you describe your latest project Stezky/Pathways?

“This particular part of Stezky/Pathways happened in 2017 in Iowa and it was funded by the Iowa Arts Council and National Endowment for the Arts in partnership with the National Czech & Slovak Museum. The project was just over four months long, but it was just the beginning phase of the project. It’s one that has become really successful in these communities, providing them with different tools that they can use to further establish their identity in Iowa.

“The exhibition that is at the U.S. Embassy now is a photograph and also a sound exhibition. There are a lot of components to the project, but one of the components is that it’s sound based. I started this sound archive of the Czech dialect in Iowa because it’s really a time capsule of the language; it paused in the 1890’s. It’s very archaic. When Czechs listen to it, with some of the words they are like ‘I don’t know what that word is anymore, it’s not used.’ I am not a linguistic specialist either, but I see it as something that is very important to document, and that is where I usually step in with a lot of the different things in this project.

Photo: archive of Sonya Darrow
“With regards to collecting the Czech dialect, it’s something that has never been done before, so it’s something that I think is really important. It separates communities too, because not only is it their own dialect of their own language pausing in the 1890’s but it also started to evolve in a way that they had to come up with their own words. So they created some really funny words for things, and a lot of them were based off of using somebody’s name, a lot of it is connected to German as well, because there are many German settlements around these Czech settlements. It’s a really weird form of Czenglish, as I call it.”

I’ve seen a lot of photos in Czech inspired outfits, do you make these yourself?

“Yes, and I use the term folk dress, instead of costume, because costume is like a death, and folk dress is still livin, it’s still forming, it’s still being part of day to day life and I do wear components of it day to day. It’s a communal interpretation of a folk dress, because when Czechs came to Iowa they didn’t bring these perfect folk dresses with them actually. So I really wanted to try and figure out what would one look like. And what my belief is, and it’s the foundation of the folk arts, is gathering from the immediate environment for your cultural expression. So that’s what I did. I dug stuff from the ground - glass and beer cans and different odd things that you wouldn’t normally probably use. But I think that’s what they would have used because they were very resourceful.”

Can we look forward to any other future projects?

“Stezky/Pathways will continue to evolve, because it’s really a life-long journey for me. It’s not something that ends when a phase of the project ends, it continues to form. So it will continue into other areas in the U.S., and I’m going back to Iowa this summer to do a piece with Protivin, Iowa. It’s a piece that is between Protivin, Iowa and Protivín, Bohemia.

“The person that’s settled Protivin Iowa was Maria Jíra Chyle. She is a woman who was born in Bohemia on September 17th, so I’m doing a performance piece called ‘Birth of a Place’ on September 17th. The piece will be made from people in Protivin, Iowa, by having this different take on migration - in that it’s not just the migration of people, but it’s also the migration of ideas, sounds, stories, materials… and we will see what happens after that. But I think that’s the next phase for the project. It’s to start making connections between the two places, between the two homelands, and maybe that’s the way that the communities survive in the U.S. - by having this reconnection again.”

Artist Sonya Darrow & her project Stezky / Pathways is in partnership with the National Czech & Slovak Museum & Library and funded by the Iowa Arts Council & the National Endowment for the Arts.