The Czech government has long been advocating tough sanctions against Russia over its aggression towards Ukraine and has extended support to the Kyiv government. But how well is Petr Fiala’s cabinet prepared for the potential impact of conflict on the Czech Republic itself? I discussed that question and more with Pavel Havlicek of Prague’s Association for International Affairs.

The Czech government were appointed just over two months ago. Now they are faced with this major international crisis. How do you view the way that they have handled the situation so far?

“I would say that taking into consideration all the sort of baggage, the transition that they have to be going through, and some weaknesses that the state capacity faced before, I think they are handling this reasonably well.

“They established some basic processes, coordination among the ministries.

“I can see that they are increasing activity in terms of information output and strategic communication.

“Also they put together a reasonable support package for Ukraine, which was probably among European countries one of the more progressive.

“So taking into consideration the background, I think they are coping relatively well.”

The only senior constitutional official not to have publicly expressed support for Ukraine is President Zeman, who issued a very short, kind of vague statement. What should we make of his response?

“I think President Zeman is basically playing his traditional role of an independent, autonomous player who comments when he wants to comment and refuses when he deems that not necessary. 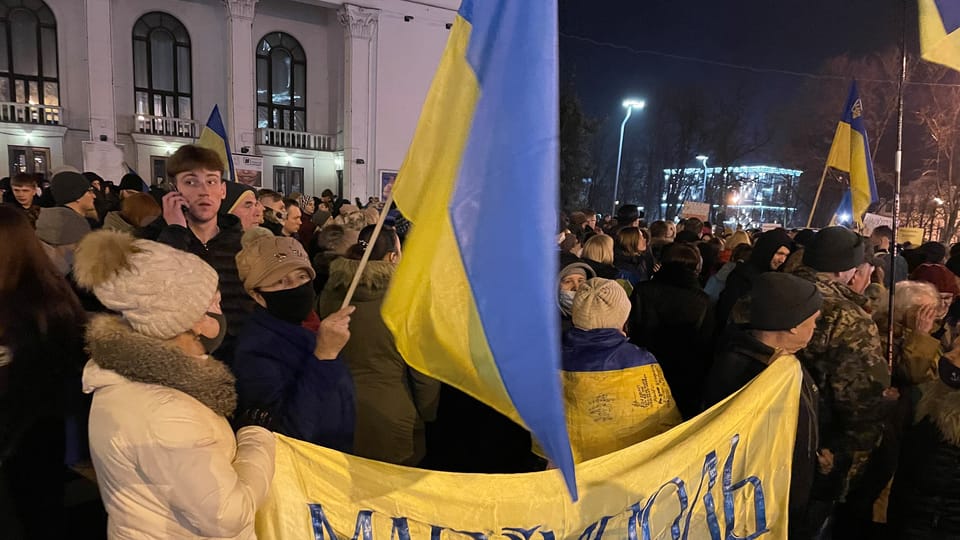 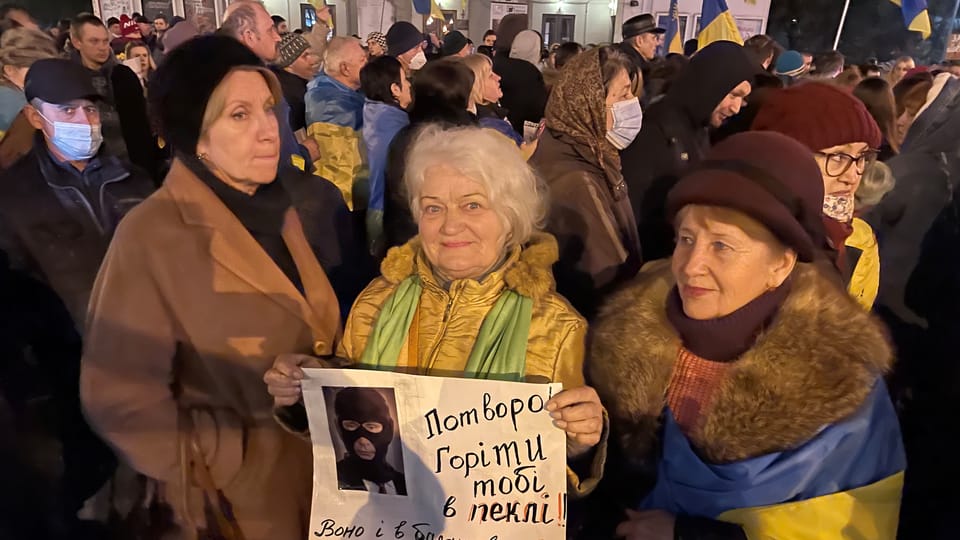 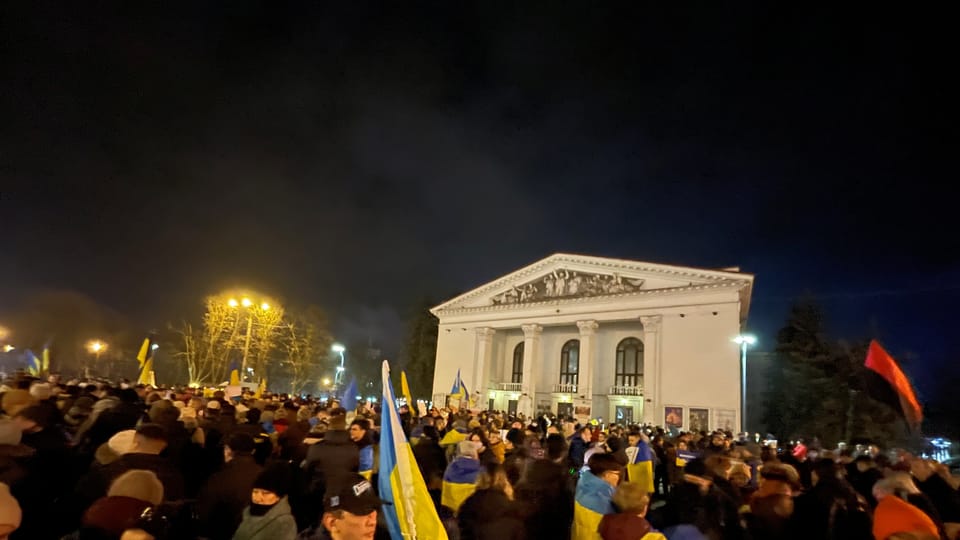 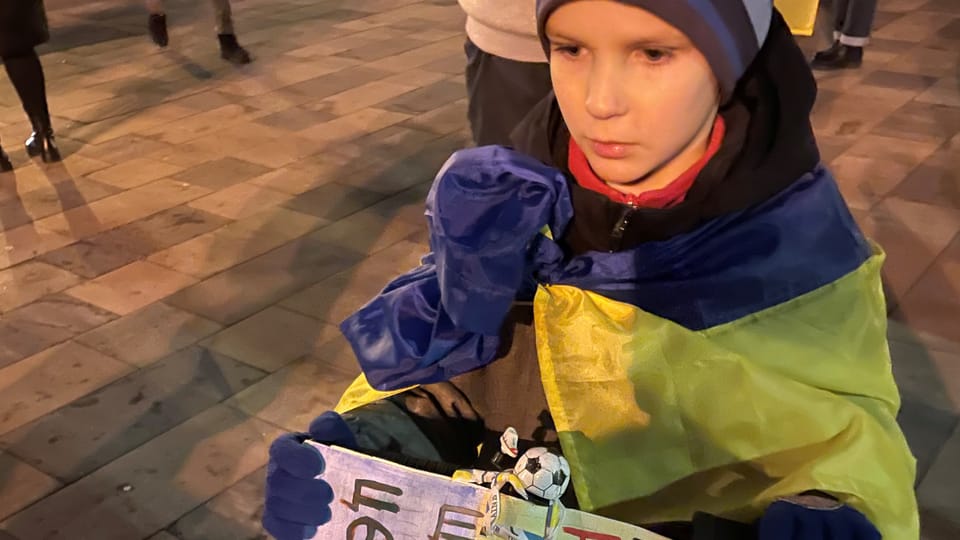 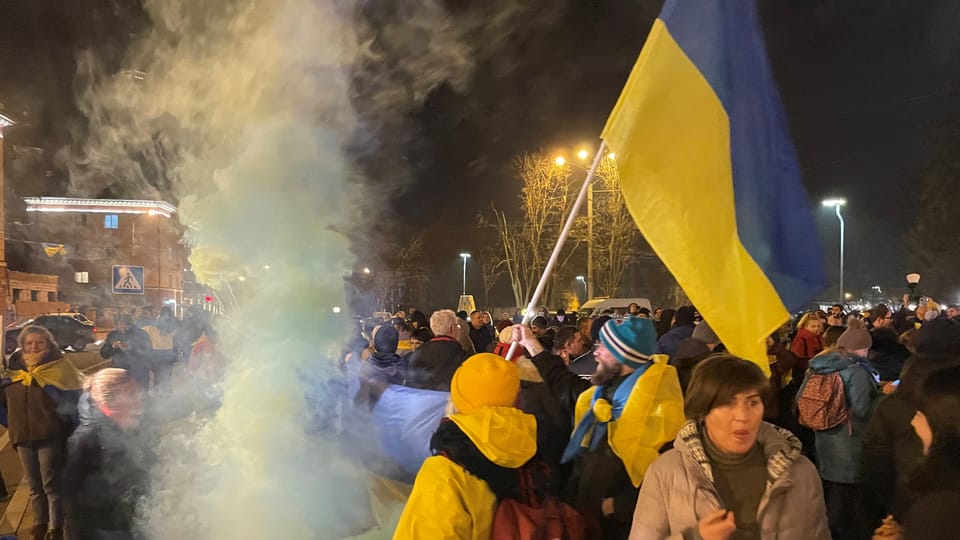 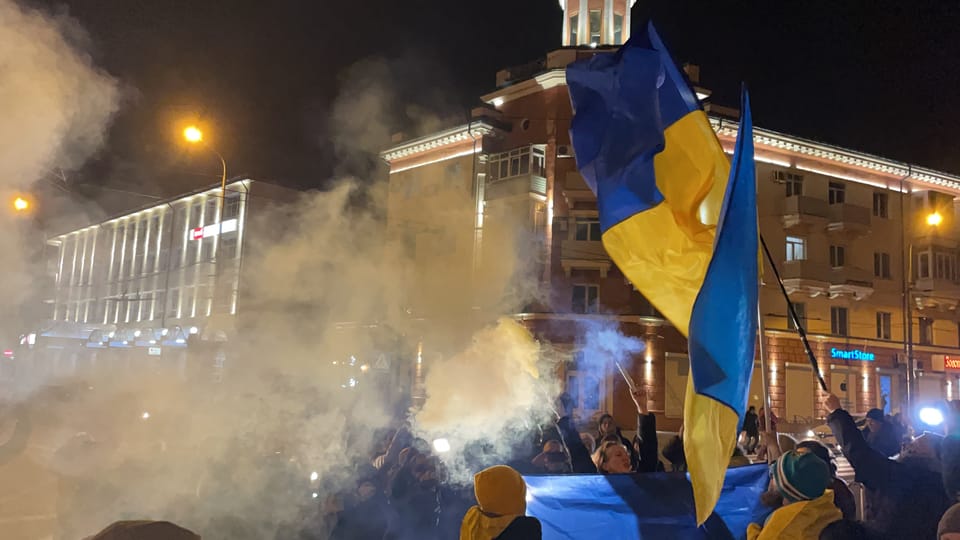 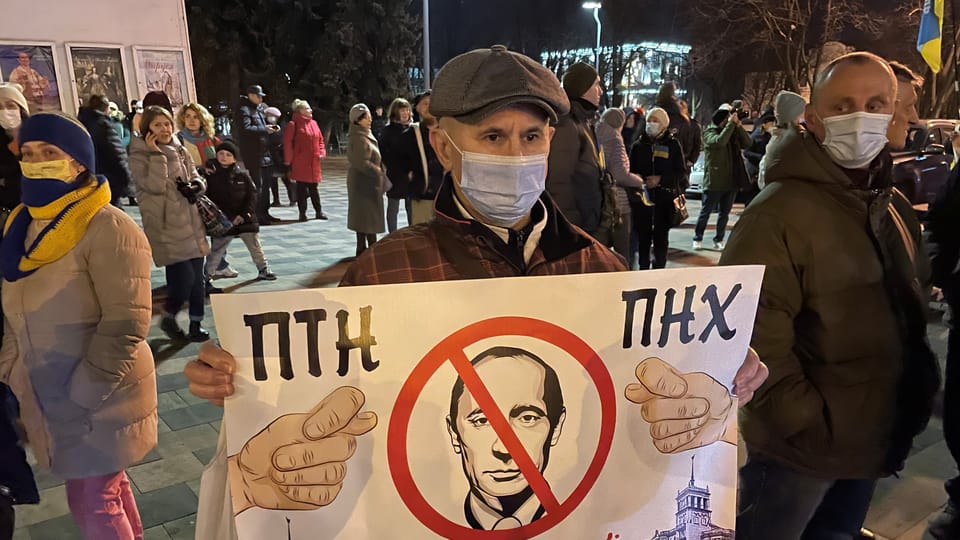 “So his position is not really useful.

“When, for example, you compare with another person with similar power and competences, [Slovak president] Zuzana Čaputová – she has been very outspoken and has been very much engaged in the crisis and trying to help.

“So here I think this is much different, obviously.

“But in any case I did not see any major conflicts with the government so far.

At present, there are only a few places where residents can cross the line between separatist-dominated territory and the rest of Ukraine|Photo:Vadim Ghirda, ČTK/AP

“There were some rhetorical exchanges with the minister of foreign affairs and partially also the prime minister, and his own interpretation of events.

“But in general I don’t see that he would be, as it used to be in the past, much contradicting the government’s position and undermining the Czech approach towards Ukraine – despite some rhetoric that is always there from his side.”

There’s been quite a bit of talk about the impacts of potential major conflict in Ukraine on the Czech Republic, such as cuts in power supplies and an influx of refugees. How much of a challenge could those kind of scenarios present to the Czech government?

“I think this is quite serious, because actually I think it really goes beyond energy cuts and problems with energy supplies.

“We also see that this might impact, and has already impacted partially the socioeconomic situation in Czechia.

“For example, the Prague Stock Exchange has already been affected, under the influence of the potential tensions in the east of Europe.

“We have already seen also some prep work being done when it comes to migration flow, because that might be another potential impact on the Czech Republic, so the government is preparing for this.

“We have also already seen talks about how best to prepare the Czech Republic for potential cyber-attacks and other malign activities from Russia.

“Here it is very prominent that there has been a notable change and increase in disinformation around the situation in the east of Europe and the Russian aggression against Ukraine.

“So here I think there is still a lot to do and the government really should, and must, improve its strategic communication and the way it speaks about the conflict.

“I think this is yet another dimension of the aggression of Russia against Ukraine and the Western community.

“So here it goes far beyond energy, even if this might be potentially quite significant.

“We have not seen any major disruption yet, but we need to be prepared for this as well.”