More than a thousand people gathered in the centre of Prague on Tuesday evening to express solidarity with Ukraine and its citizens as fears grow over the possibility of a Russian invasion of the country. The event, organised by Million Moments for Democracy, was also attended by many Ukrainian expats, who wanted to support their friends and family at home.

More than a thousand people gathered on Prague's Wenceslas Square on Tuesday evening following president Putin’s decision to recognize the independence of the two breakaway Ukrainian republics run by Moscow-backed separatists and a subsequent deployment of troops to Donetsk and Luhansk.

One the people who took part in the event was Ukrainian ambassador to Prague, Yevhen Perebyinis, who said the show of moral support was very important for Ukrainians:

“We are of course negotiating with the Czech government, which provides us with assistance, which is of utmost importance to us. As for ordinary citizens, the solidarity that they are showing, for instance today, is sufficient. It really means a lot to us because we see that we are not alone.

“If there is a need in the future to support our soldiers or maybe the children of fallen Ukrainian soldiers, we would of course welcome that.”

The words of the ambassador were echoed by one of the young Ukrainians living in the Czech capital, called Maria, who took to the streets of Prague to show her support for her family and friends back at home:

“We’ve been living in the Czech Republic for some time now and the Czechs have always been very kind to us. Now that we are going through a difficult time, it is important for us to see that you support us. It means a lot to us, because we feel that we are not alone.”

Among the speakers at the event was Mikuláš Kroupa from the NGO Post Bellum, which collects testimonies of witnesses of modern Czech history.

In his speech, he recalled the Russian-led invasion of Czechoslovakia in 1968, carried out under the pretext of ‘brotherly assistance’, and the eight brave Russian men and women, who held a public protest on Moscow’s Red Square against the occupation:

“These people carried banners in the square, one of which bore the slogan ‘For your freedom and ours!’ We cannot compare with those eight heroes, but their slogan, which should be engraved in our hearts, is what brought us here to this square. We are simply concerned about the freedom of Ukrainians.”

Similar gatherings in support of Ukraine also took place in other cities around the Czech Republic on Tuesday. Meanwhile, public buildings, including the Ministry of Foreign Affairs and the Petřín Lookout Tower in Prague were lit up in Ukraine’s blue and yellow colours as a gesture of support. 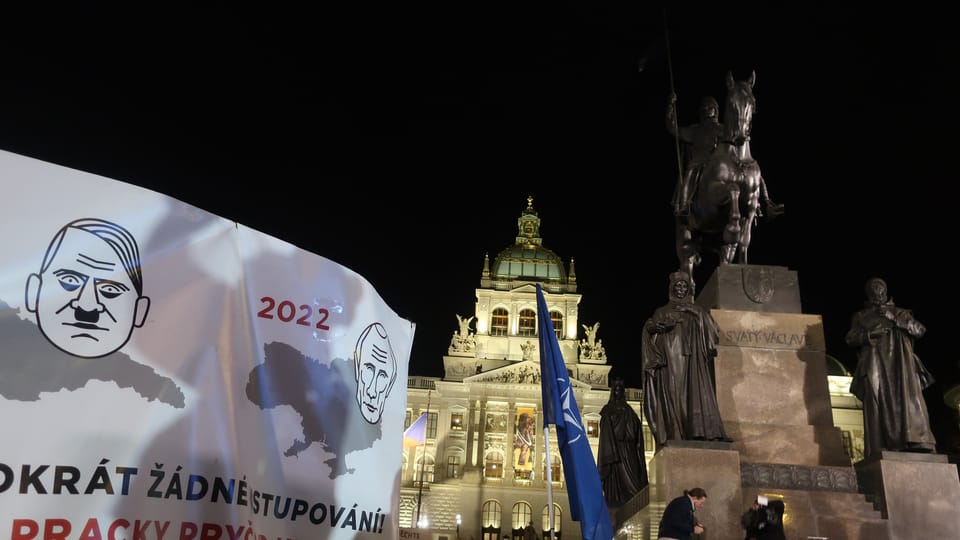 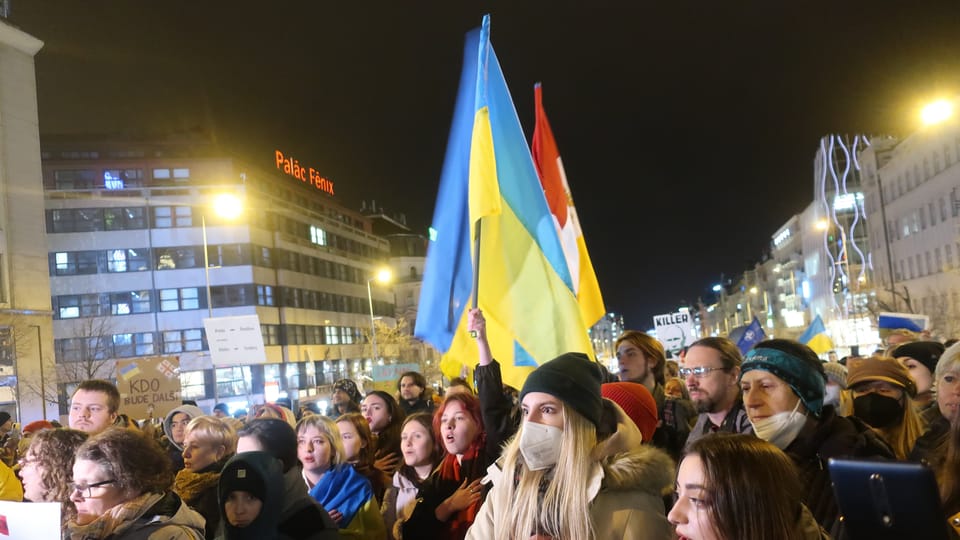 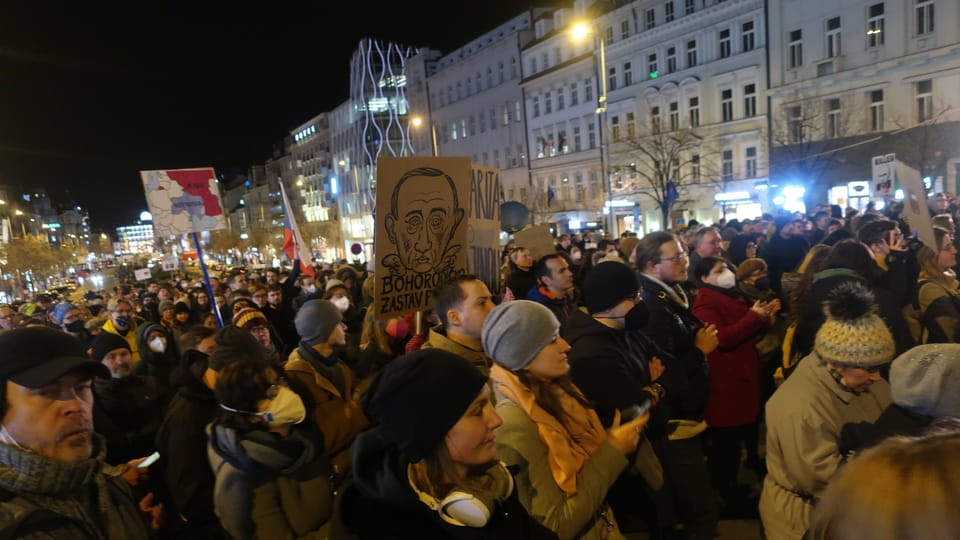 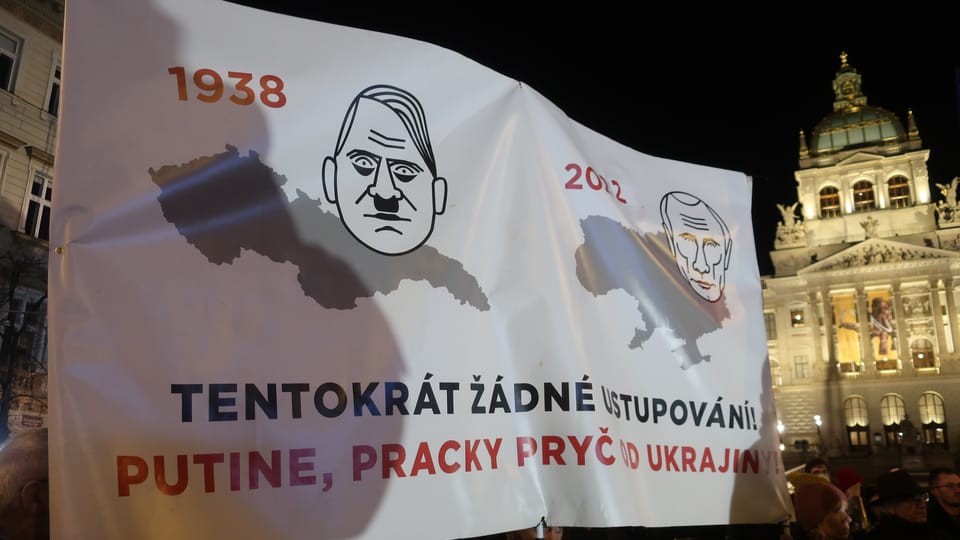 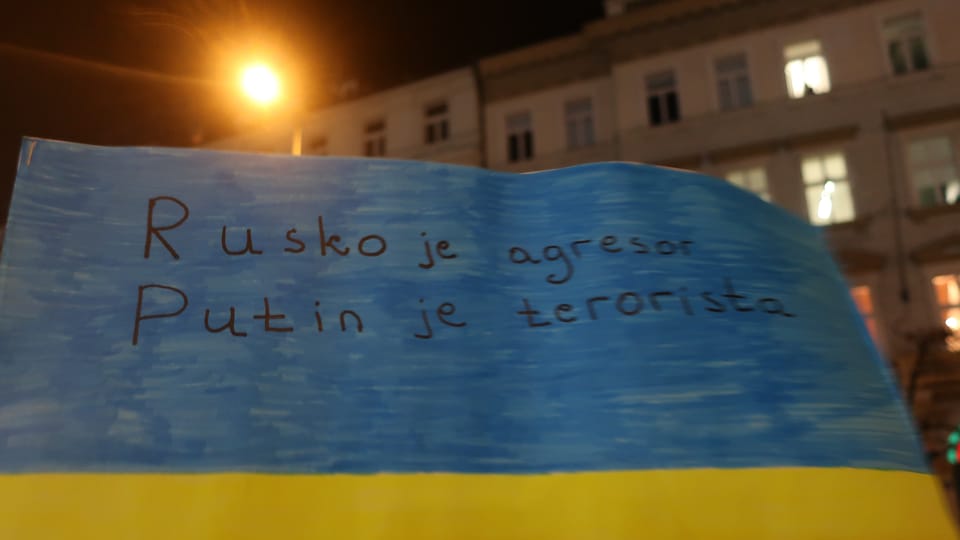 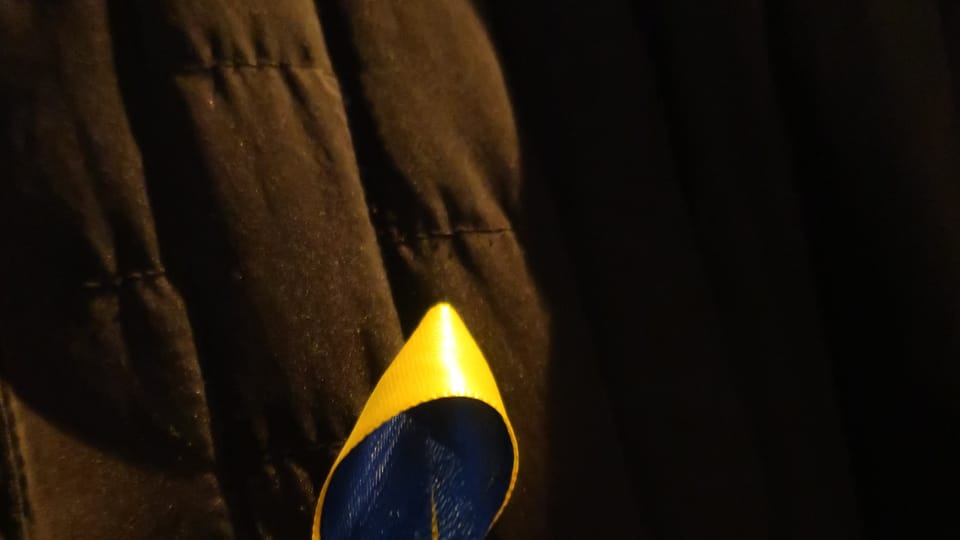 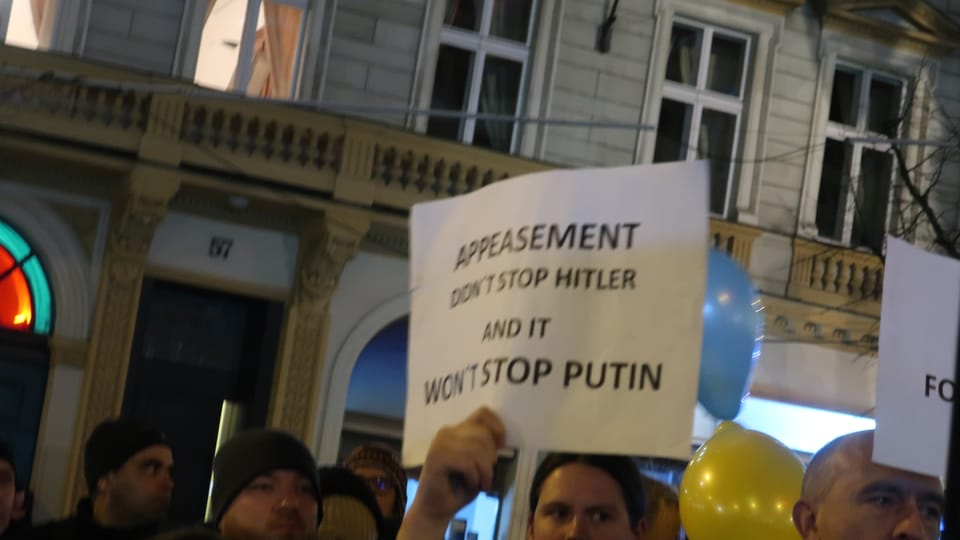