Copy
Exhibition brings Aschers “back to Prague in a style worthy of what they accomplished”
Length of audio 11:39
Photo: Klára Stejskalová
Download
Share

Newlyweds Zika and Lida Ascher left Prague in early 1939 for the UK. There Zika Ascher launched a silk business that was soon thriving – and began approaching top artists, including Matisse and Henry Moore, to produce designs for a special collection of scarves, the Ascher Squares. Many of them, and other exquisite pieces produced by the company, have just gone on show as part of an extensive exhibition here in the Czech capital. Shortly before it opened, I spoke to the couple's son, Peter Ascher.

“She didn’t spend much time there, because she went to finishing school in Switzerland and then went to university in Grenoble, in France.

“She was just a proper, pre-war, Westernised Czech lady.

“And then she met Zika [Zikmund], probably sometime in the second half of 1937.

“She was fed up with the ski clothes available for women and went to Zika’s store, looking for fabrics to make her own clothes; she was a talented seamstress.

“That’s when they got together, I guess, and started going on ski trips.”

And he was a top skier? He was a competitive skier?

Zika Ascher, photo: Archives of the Ascher family
“He was a reckless skier, which is how we’ve got Šílený hedvábník [Mad Silkman, Zika Ascher’s nickname on the slopes].

“He would have competed in ’39, but he had urgent business elsewhere when a certain gentleman from a neighbouring country decided to go on holiday in the Czech lands.

“He also was picked for the ’36 Olympics, which of course were in Germany, in Garmisch, and unfortunately hurt himself in the practice race, so he didn’t actually compete in the event.

“That was interesting, because that was the first Games in the history of the Winter Olympics where they permitted downhill skiing. Before that it had only been cross-country skiing.”

You referred to their departure from Czechoslovakia. Could you tell us about the circumstances of their leaving?

“Most people don’t take 18 trunks when they go on a skiing honeymoon, but my mother did. So it was obvious that they weren’t coming back.”

“They got on married on February 18, ’39, well after the Munich Diktát, I guess you call it here, and it was quite clear to them that they didn’t have a future, because my father was Jewish; my mother was Catholic.

“By that time England had stopped accepting refugees, particularly Jewish refugees, but basically my mother cried her way through immigration in Newcastle and they were somehow allowed in.

Peter Ascher, photo: ČTK / Roman Vondrouš
“I think it had a lot to do with the close bond that skiers had before the war.

“The Ski Club of Great Britain was one of the primary organisations controlling skiing, and they were certainly influential in helping my parents get in and settle down.”

Tell us about your upbringing. You spoke at home I gather, given that you speak Czech now?

“I never learned to write, I never learnt the grammar, so it was an unconventional way of learning a language.

“But it works, and I’ve never spent more than 10 days in the Czech Republic at one time.

“The Ski Club of Great Britain was one of the primary organisations controlling skiing, and they were certainly influential in helping my parents get in and settle down.”

“And it’s nice all these years later to still be able to muddle through.

“It has numerous advantages, like if we take a taxi around Prague I chat to the taxi driver in my pre-war Czech.

“He tends to take advantage of tourists, which is a well-known fact; I don’t think anybody will dispute that.

“But once when we were coming back from an opera he was so impressed with my Czech that he said he wouldn’t charge me any extra.

“There is the reason why I’m so happy to have the gift.”

“When you say my family, are you talking before the war, or after the war?”

“After the war Zika started out printing anything he could print.

“The company was set up in November 1941 in London and he didn’t have access to too much in those days.

“There was a little bit of parachute nylon, there were some rayons.

“Cotton and silk were kept for export, because the pound was under severe stress, particularly after the lend-lease arrangements with the US; they were in debt throughout the war.

“The other thing he got hold of was a little bit of very, very flimsy silk that was used to wrap electrical cables, and he taught himself to print on that.

“My father had to work with what was available. He didn’t know from day to another whether the factories he was using would be still standing.”

“He had to work with what was available.

“He didn’t know from day to another whether the factories he was using – at that time he didn’t have his own factory; he printed at established British factories – would be standing the next day.

“So it was an interesting and challenging time.

“He first started by doing a lot of traditional Czech designs. He printed little headscarves and a few other fabrics.

Zika and Lída Ascher, photo: Archives of the Ascher family
“Gradually it expanded. Within a year he had increased his turnover multiple times.

“And then I guess it was in 1943… the first person he met who could be called an artist was Feliks Topolski, the Pole, who’d been in England since 1933.

“Topolski had a very interesting kind of scribble style of drawing and Zika immediately saw the potential for both textiles and squares.

“He did a series of squares from Topolski designs, mostly on rayon, because that’s all he had available to him in the early days of the war.

“Topolski would be very critical of Zika’s work. So Zika said to him, You do your own films (which is how you make a textile screen).

Henry Moore’s design for textile, photo: Klára Stejskalová
“But Topolski always said he was too busy, so Zika delegated the job of copying Topolski’s designs onto film to the factory.

“Then Topolski would get angry and say, This is not my scribble, this is somebody else’s scribble. And they would have a big fight.

“Topolski would come to dinner at the Ascher flat, they would have a marvellous, very convivial meal and then during dessert he would pull out a letter from a lawyer telling Zika to stop printing [laughs].

“So these were the challenges he faced.

“Then Henry Moore, who had a studio in Hampstead in the early part of the war, lost his studio to the blitz and moved to Much Hadam in Hertfordshire.

“He had lost the ability to sculpt, because the British government needed his materials for the war effort, and they wanted to make sure that everybody was treated the same way.

“So they tried to pacify him by making him a British war artist and he went back to his first love, which was drawing.

“And Zika suggested to him that he make a number of designs for textiles.”

Picasso’s scarf design, photo: Archives of the Ascher family
Was it the case also that Zika tried to collaborate with Picasso but Picasso was reluctant?

“Picasso was Picasso [laughs]. He had his own opinions.

“He wasn’t particularly interested in doing something other artists had done – he thought of himself as unique.

“Any chance of a cooperation with Picasso, even though Zika came there with a pedigree of French artists who had contributed to his project, became a problem when Picasso took a liking to my mother.

“So Zika had to choose between getting a design from Picasso and losing his wife [laughs].

“And he clearly chose his wife over a design from Picasso.

“Picasso did in fact do a design in the mid-1950s that Zika was asked to print, in an edition of a hundred, but that really the fell outside the Ascher Squares collection, because it wasn’t a direct artist-to-commissioner cooperation.”

Lída Ascher (right)
Is there any chance that these scarves could be reproduced today. Would you have a license…?

“So if you choose to print 350 of a particular scarf design, once you’ve printed 350, you have to destroy the screens.

“Zika kept faithfully to that. He has occasionally been copied and he went after the people who copied vigorously.

“Because he wanted to protect the investment that collectors made in buying the limited edition in the first place.”

During all the years of communism, could you or your parents come to Czechoslovakia? Or did you?

“My mother could. She wasn’t in business and hadn’t run away from a business.

“She was Catholic, so there were no religious problems.

“She brought me for the first time in the summer of 1957.

“Zika did not come on that trip, because there were obvious reasons for not taking the risk of coming.

“But on that trip I got to meet his mother, Anna Kolářová, who was about 78 at the time. That was the only time I met any grandparents.

“She passed away in a road accident in 1961, crossing the street, which was very, very sad. And Zika couldn’t even come to her funeral.”

“We were able to find two of my father’s Olympic teammates. They hadn’t seen each other since 1937, so it was quite a moment.”

“He came twice in the ‘60s, during the Dubček era. Once to ski, in the winter and the following summer he water skied.

“That was the last time I remember him waterskiing – he was trying to break longevity records at that time.

“Then he didn’t come again until April of 1990, when we honoured him on his 80th birthday by giving him a lunch in Prague.

“We were able to find two of his 1936 Olympic teammates, Hromádka and Čtvrtečka, who both came long distances, one by bike and on foot, for the lunch.

Exhibition about Zika Ascher in Prague, photo: ČTK / Roman Vondrouš
“They hadn’t seen each other since 1937, so it was quite a moment.

“You had these three old men sitting there in, like, Cornish heavy sweaters, feeling the cold, even though they’d been skiers.

“It was just a very sentimental moment.”

What does it mean to you and to your family that this major, and very impressive, exhibition is now on here in Prague?

“That I’ve carried out the pledge that I made to myself after my father died that I would try to bring my parents back to Prague in a style that was worthy of what they’d accomplished, but that nobody in the Czech Republic knew about.

“Because after 40 years of fashion magazines that didn’t even mention Paris, there was a lot learning to be done.

“And I’m just thrilled that we were able to accomplish this goal.” 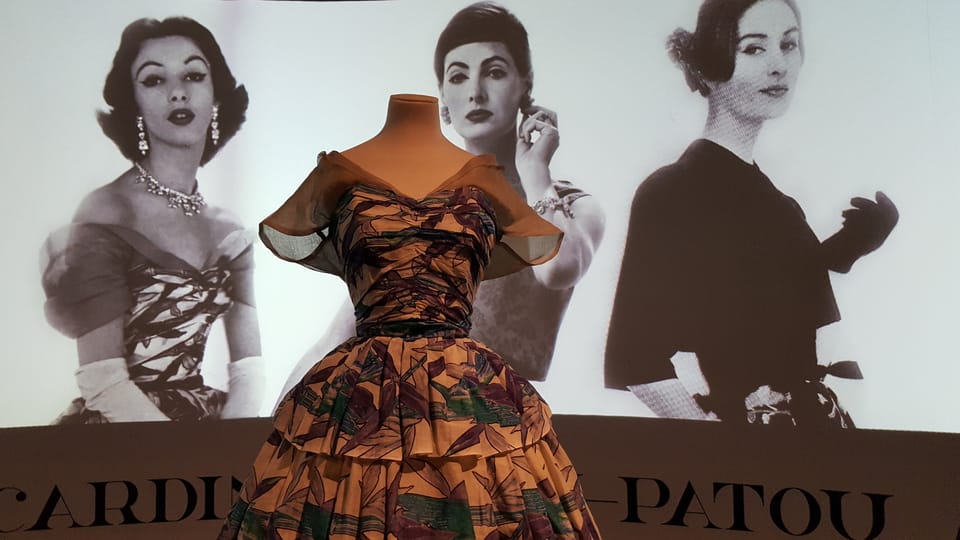 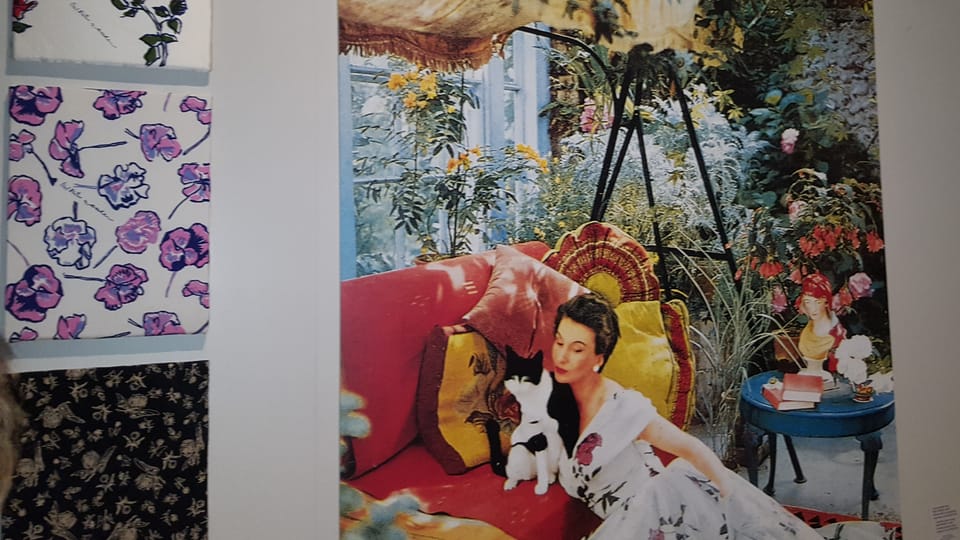 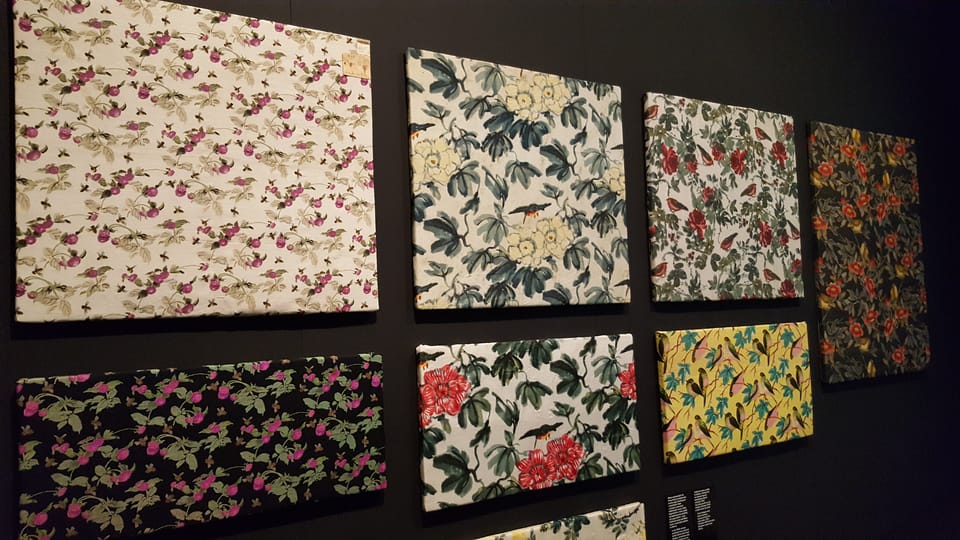 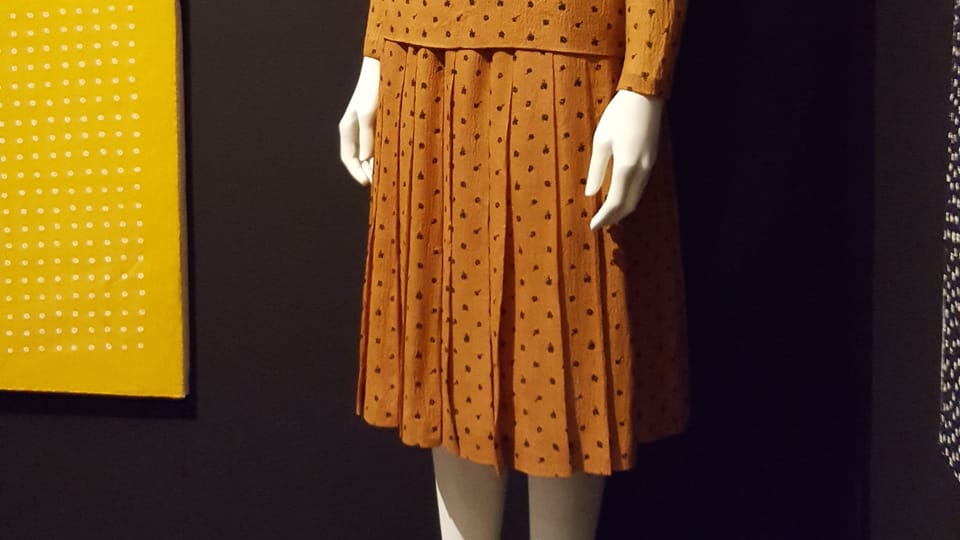 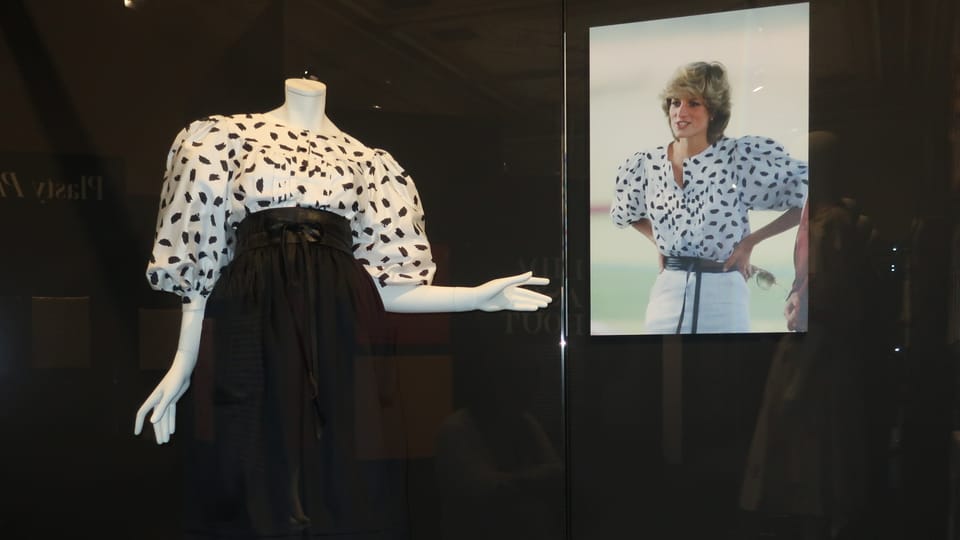