East Tilbury: a Czech modernist Utopia on the Thames marshes

East Tilbury: a Czech modernist Utopia on the Thames marshes

There is one corner of England that is forever Czech. If you drive through the open, windswept landscape of the Thames marshes just beyond the eastern suburbs of London, you come to a rather unlikely modernist Czech Utopia. This is the small town of East Tilbury, built almost entirely in the 1930s. When the great Czech shoe magnate, Tomas Bata, arrived here 75 years ago, this was nothing but farmland. It was the time when the Bata shoe empire, which he had built up in the eastern Czech town of Zlin was expanding fast, with a mission to "shoe the world". Tomas Bata was building state of the art factories, and often whole communities, in countries as far apart as Brazil and India. East Tilbury was one of these towns.

East Tilbury
Joan James: "We're the Bata Reminiscence and Resource Centre, and for the last four years we've been collecting memorabilia, photographs, people's memories, both audio and in hard copy about life in East Tilbury.

"East Tilbury is the Bata estate, with about 300 houses. The original avenue was built in 1933, together with the first factory buildings. Bata Avenue, as it is called, was built to a real Czech design, and it's very much and it's very much like Zlin, in that the houses are built in a checkerboard fashion."

Joan James, Sheila Laws and Mae Vaclavik
It is very different from the other villages and towns around here, which are typical London suburbs, with their sloping roofs and red brick. Suddenly here you have these houses that look like shoe-boxes - very modern for the time - and there's the factory that looks as though it could have strayed from the Czech Republic.

JJ: "Yes. The buildings here were built to the designs of a very famous Czech architect, Vladimir Karfik, who followed the modernist movement. We've collected a lot of memorabilia. Here we've got china with the Bata logo on it, we've got long-service medals and diplomas - at twenty-five years a person would get one of these diplomas and a medal."

And were shoes being made here for the British market?

JJ: " ...and for export. We were Britain's largest exporter of footwear during the 40s and 50s. There were four thousand workers, making leather shoes, rubber wellingtons, plimsols. They had their own hosiery factory, polish, they made their own boxes, everything." 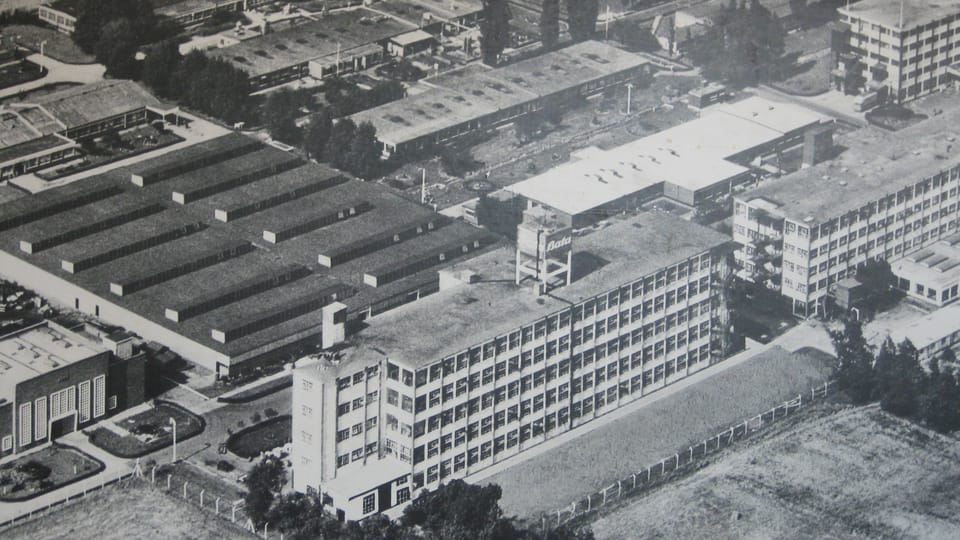 Can you tell me a bit about your own link with Bata and the shoe factory?

JJ: "I came here in 1940 as a child. My father worked here. Then, when I left school, I went to work in the offices, in the export department, which was really very interesting, because we had visitors from all over the world."

And that's a Czech name.

And do you live here in East Tilbury?

MV: "I do. My mother came from Zlin, where Bata started. My father worked for Bata's. They met and married in Zlin. They came here in 1948."

So this is where you grew up.

And did you speak Czech at home?

MV: "No, unfortunately. My parents used to speak Czech to me, but we used to answer in English. I regret it now."

Perhaps the Czech words would come back again, if you were to delve far enough!

MV: "It's still there. I can understand a little bit."

Did East Tilbury always seem a little different from the other places around?

MV: "Definitely. Sometimes we even felt a little bit trapped, but it was a unique place." 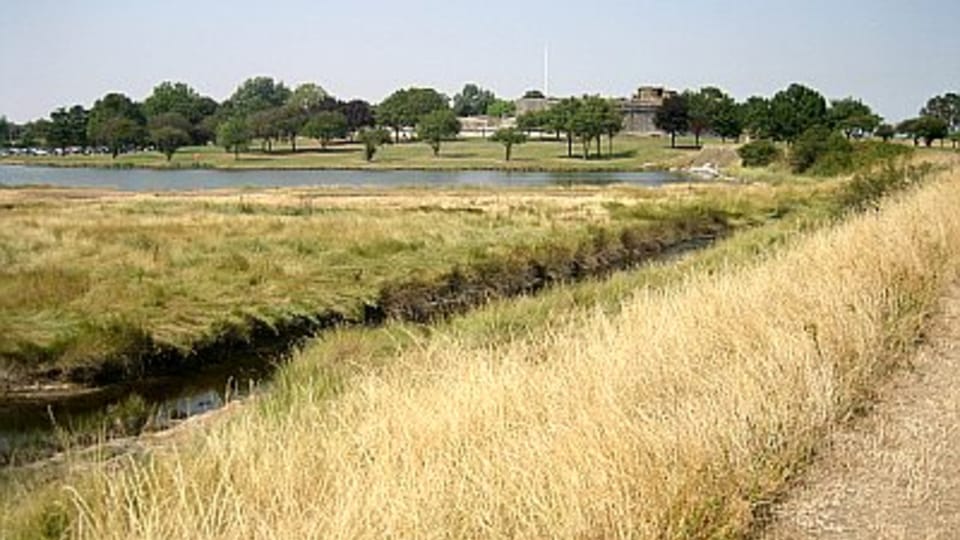 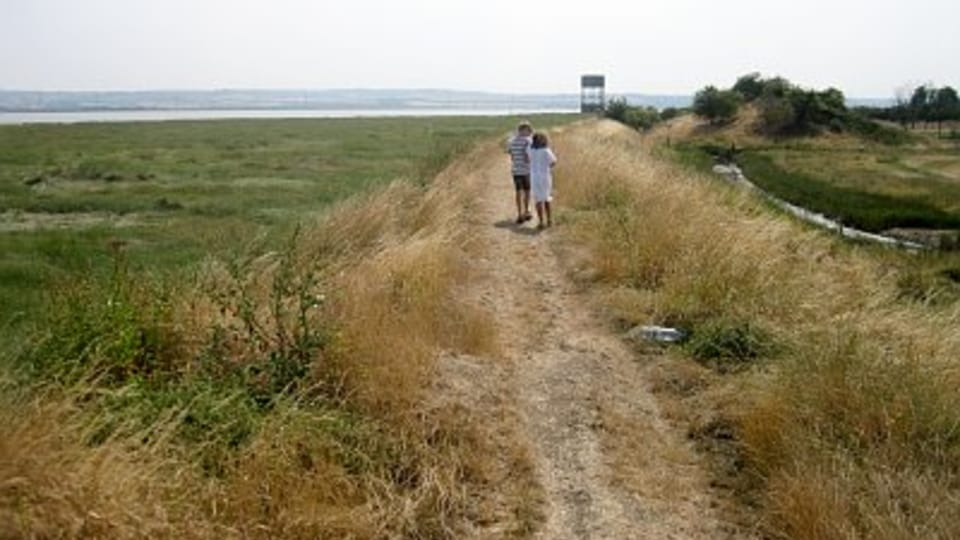 Was there something of a "Czech" atmosphere, even after the communist takeover in Czechoslovakia, when the Bata headquarters moved to Toronto and the direct links with Czechoslovakia were broken for 40 years?

MV: "My mother, and all the Czech families that lived in East Tilbury kept the Czech traditions. I remember at Easter time that we had the painted eggs, and I think the boys have to go out with a little plaited whip to chase the girls down the street. And at the primary school I remember that my sister, who is five years older than me, and her friends and all the little boys and girls at school, they used to sing Czech songs at Christmas."

Do you remember any of them?

So you're not going to break into song for us...

MV: "I'm afraid not. All the Czech ladies were very good cooks, and they all cooked the same sort of cookies, all the Czech cakes. They were lovely. Everybody loved them!"

Sheila Laws: "My father came to work here, just after the outbreak of the war and we lived in Princess Avenue over there. I had Czech neighbours, Mr and Mrs Kubanek and their family - Josef, Vera and George. We got very friendly and I used to go and watch Mrs Kubanek make strudel on the table and. My brother and Georgie were very young, and they used to go under the table and pull the pastry.

Wasn't it a bit too formal?

SL: "Well, we didn't think so, because we were used to it, but yes, I suppose other people found them rather heavy-going, shall we say! [Laughs]."

Joan James: "Mr Bata - the original Bata, who was killed in 1932 - said that a healthy worker produced greater productivity. So the houses were built with space round them, there were sports fields, tennis courts, netball courts, a swimming pool."

And this is only just beyond the East End of London, where there were still slums at that time, weren't there.

"Yes. When we came here from the East End of London we didn't have a bathroom or an inside toilet. You had to go down the yard. So you would come here and have a house with a beautiful bathroom and fitted kitchen. It was paradise really."

But the Bata philosophy has also often been criticised; everybody had to be part of the machine, they had to be loyal to the company, they weren't given much space for unorganised free time or free thinking and loyalty was uppermost, both in your working life and in your private life. Do you think that was the case?

"It didn't feel like that. It was a paternalistic society. It was a very safe society. As children you couldn't misbehave, because before father came home at lunchtime, he knew what you'd been up to. I didn't grow up feeling I was being hemmed in or restricted in any way."

Czech functionalism on the Thames Estuary

East Tilbury
I have now come with Joan James to the centre of East Tilbury. On one side is the very modern, functionalist cinema, there's the hotel next door. They are both white, modern and very clean looking buildings with flat roofs and wide horizontal windows. Just to the left is a statue of Tomas Bata, the founder of the company.

Joan James: "He was killed in a plane crash in 1932 in July, and when the factory was working, on the anniversary the managers used to come out and lay a memorial wreath at the foot of the founder's statue."

Just next to the statue is one of the main factory buildings. It is very similar to the shoe factory in Zlin.

JJ: "That's right. The building here is listed. It's a Grade Two listed building, so nobody can alter the exterior. It used to be the administration block, and the top two floors used to be stock rooms. The revolving doors were always there. That's the main entrance into the office building, and they are the original doors."

When exactly was this built?

"These buildings in 1932-33, and they're in a steel and concrete style filled with brick. And they have the original aluminium windows. We had them in the houses too, but they are very difficult to maintain."

"Here is another of the factory buildings on the other side. And right on the top there is a water tank with the Bata logo on it. There is a fantastic view from there." 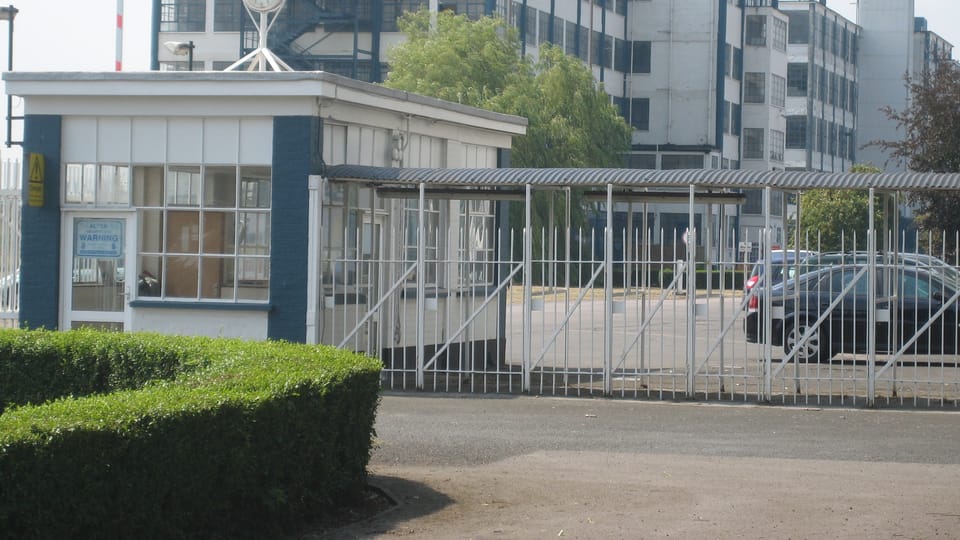 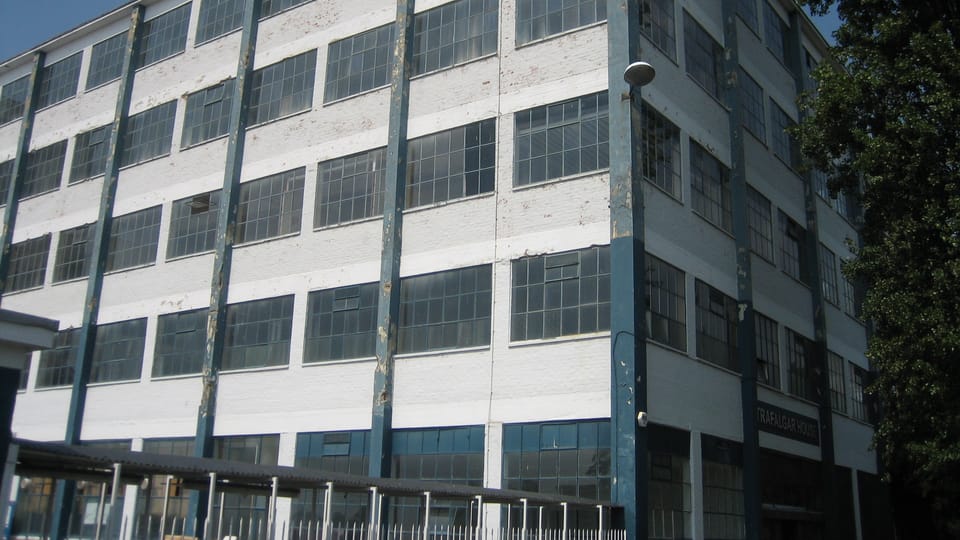 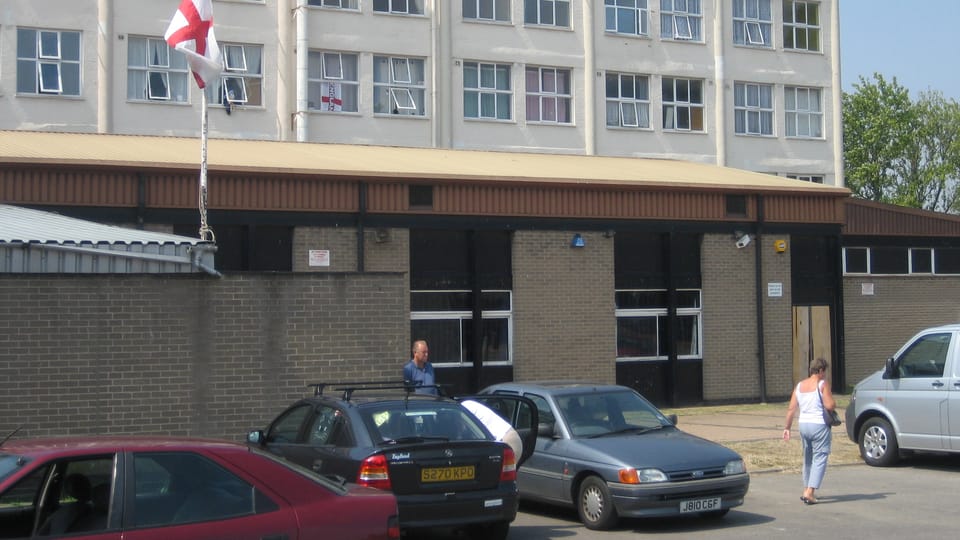 End of an era

JJ: "Well, it was a gradual process. It started in the 80s with the factories downsizing. The factory ceased production finally about 18 months ago.

"We were very supportive of one another. We still have that very strong community spirit. People were upset, because they felt the company had let them down, and I suppose in some respects they did, but the world changed. You can't have conveyors with 40 men on, when one computer will do the work with one man and three ladies packing."

A couple of years ago a film was made, and you had the chance to visit Zlin, the original home of the Bata shoe empire. Can you tell me something about that?

JJ: "We left here and travelled to Zlin by coach. It took us two whole days and most of the two nights to get there, so when we arrived we were exhausted. But it was quite a wonderful experience to see how like East Tilbury Zlin is. It was a fabulous experience."

I bet they were pleased to see you as well.

MV: "They were very pleased."

Thank you very much - or 'Dekuji Vam', I should say! 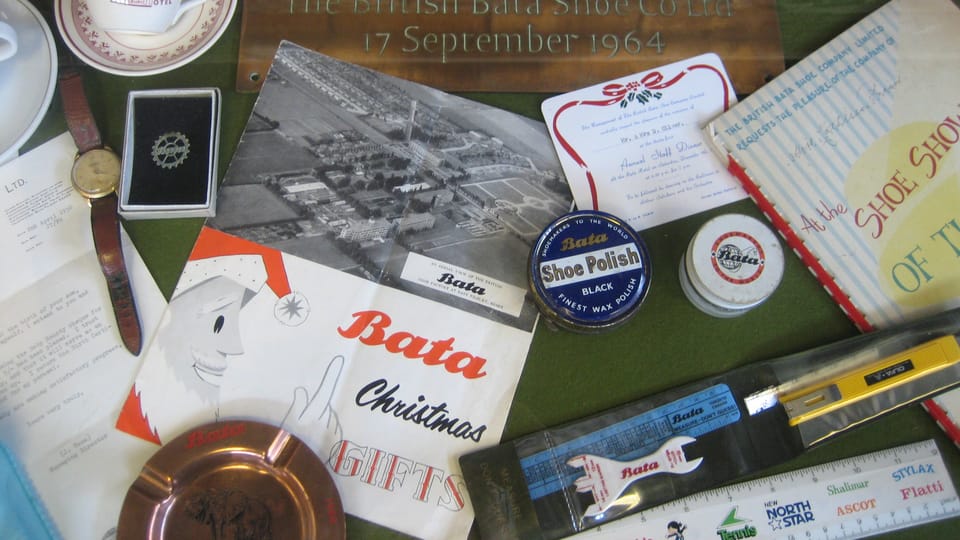 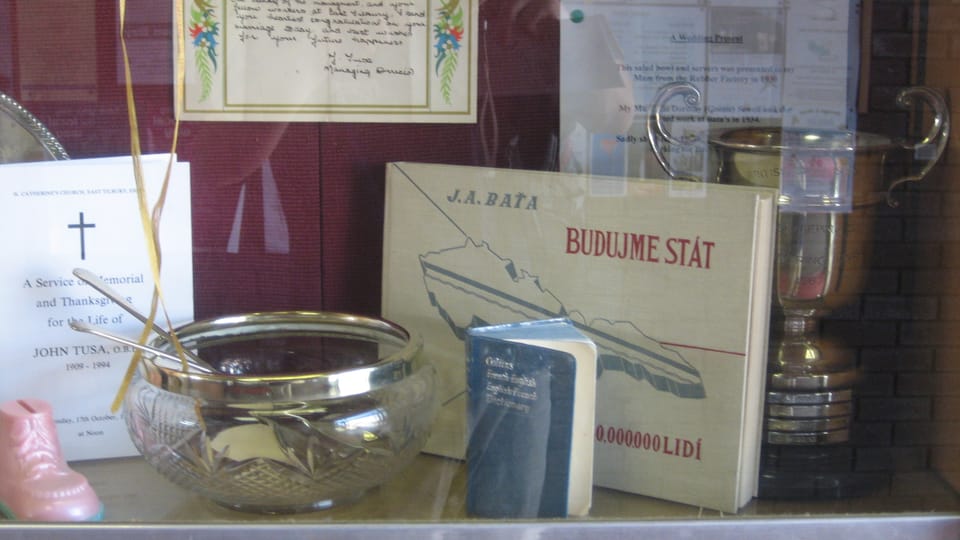 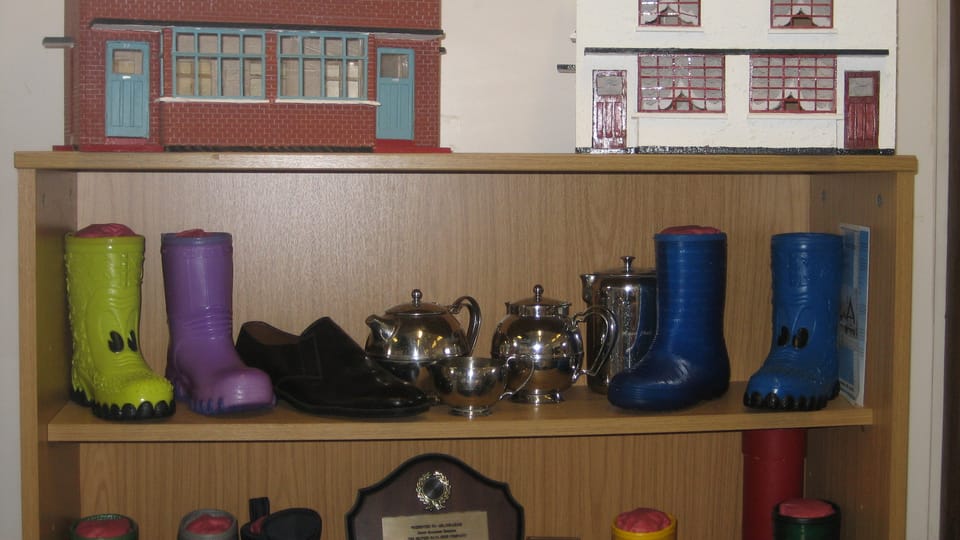 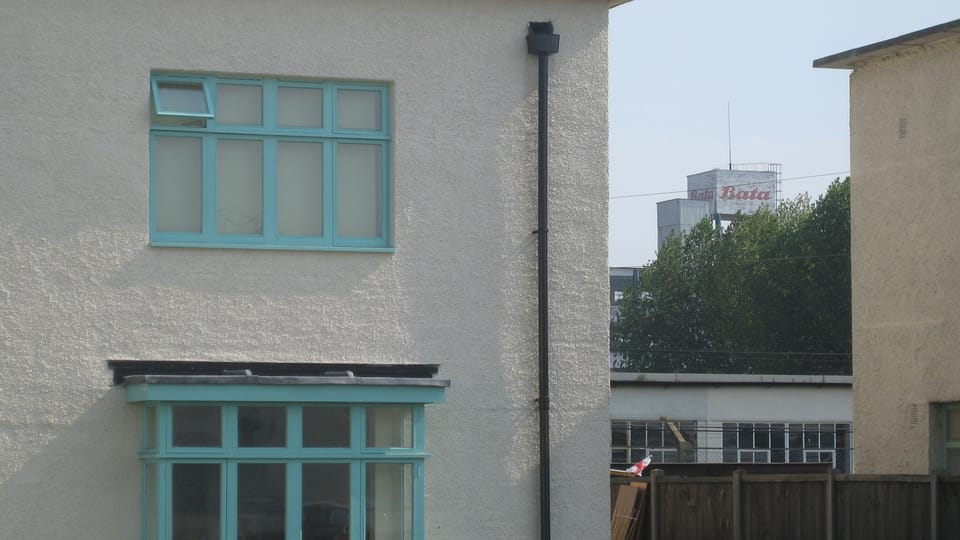 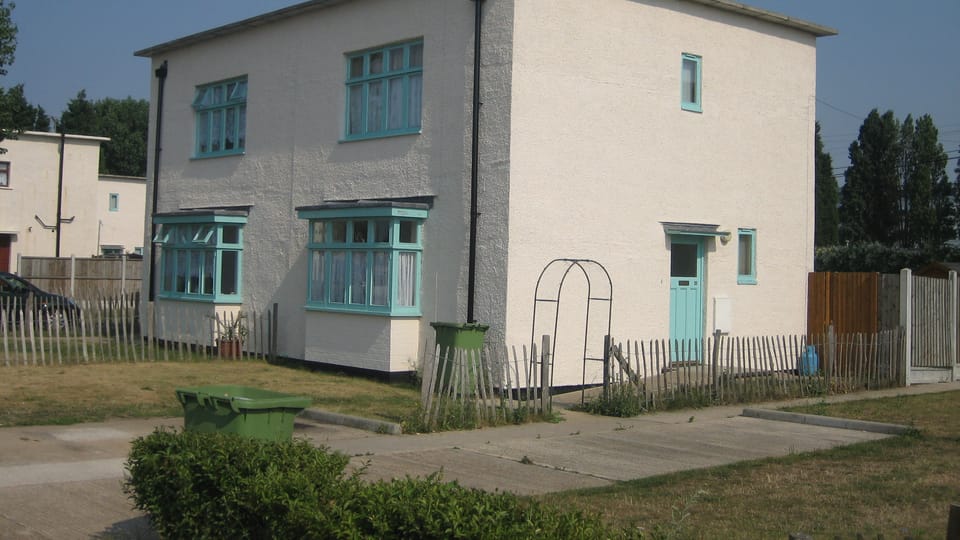 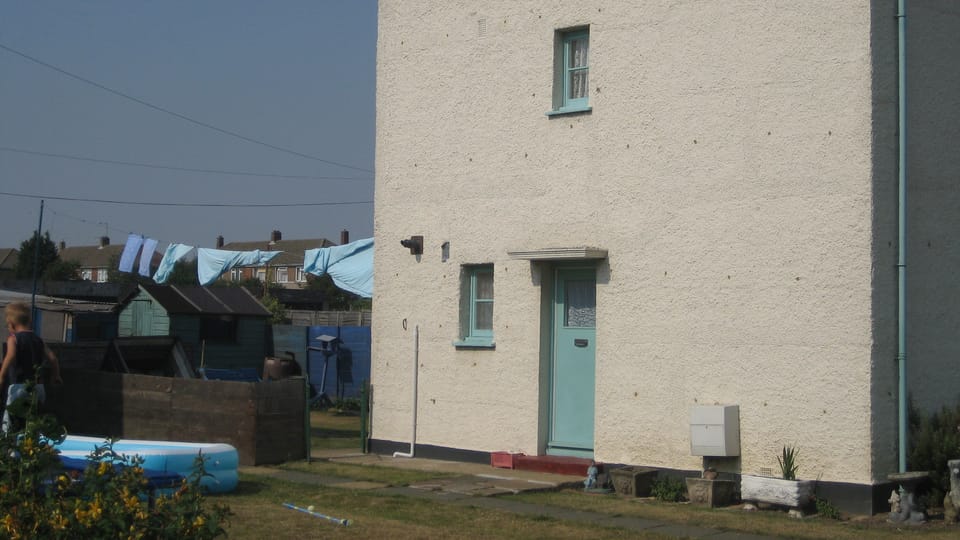 You can find out more about the history of East Tilbury and the memories of local people at: ww.batamemories.org.uk

If you'd like to find out more about the trip to Zlin and the film that Joan and Mae mention, go to www.bata-ville.com