The Museum of Decorative Arts in the centre of Prague has finally reopened after a protracted renovation. The largest Czech museum dedicated to applied art and design, which boasts one of the most extensive glass collections in Europe, had been closed since January 2015. It opened to the public with a new exhibition called Director’s Choice, presenting an exclusive selection of items from its collections.

Photo: Martina Schneibergová
The impressive neo-Renaissance building, which stands right next to the Old Jewish cemetery in the centre of Prague, was built in 1900 by Josef Schulz, the same architect who also designed Prague’s National Museum.

Its extensive collections include all things decorative from the Gothic and Renaissance periods to the first half of the 20th century glassware, ceramics, graphic art and photography, furniture, jewellery, textiles, and toys.

Helena Koenigsmarková explains the reasons for the renovation.

“We needed a proper entry with services for the public. As you can see, the building, which was completed in 1900, was intended as a museum. At the time, Rudolfinum concert hall was already there, and so was the Jewish cemetery.

“So the architect, Josef Šulc, had only a narrow space where to build the museum. Therefore, the official entry was very limited in space. Our wish was to create space for a museum shop, ticket office, toilets, changing rooms, a restaurant and a new entry hall."

The reconstruction, which cost over 260 million crowns, saw a new entry built in the side wall of the museum, making the building accessible through a small garden previously closed to the public.

In addition to new facilities, the museum has more than doubled its exhibition area. It now includes the whole of the third floor, which was previously used as a storage and office area. Most of the museum`s extensive collections have been moved to a new depository on the outskirts of Prague.

Helena Koenigsmarková, photo: Martina Schneibergová
“To expand the exhibition area, we first needed to find new space for all our collections, because half of the building was previously used as a depository. Clothes, photography, graphic art, most of the collections except furniture, all that was located here in the building.”

Despite the museum building being closed for more than two years, Helena Koenigsmarková says all of its employees have been busy working on other projects:

“The reconstruction required permanent surveillance, not to mention the usual work with projects and scientific work. So the usual activity hasn’t stopped.

“In the meantime, we have prepared for example a permanent collection of Czech cubism at the House of the Black Madonna or a traveling exhibition of our glass collection, which was displayed in China. There was also the Art Nouveau exhibition in the municipal house, which is currently on display in Trieste, Italy.”

The newly reconstructed Museum of Decorative Arts opened with an exhibition titled Director’s Choice. The exhibition showcases some 500 items reflecting the development of the arts and crafts from the Gothic and Renaissance periods to the first half of the 20th century. The core of the exhibition, selected by the museum’s director Helena Koenigsmarková, consists of 38 extraordinary objects, which reflect the fate of the museum’s collections in times of social and historical changes.

It includes for instance a silver cup with birds from the mid-14th century from the Karlstein Castle Treasure, a silk dress from mid-19th century or a 1931 glass tea-set by famous graphic designer Ladislav Sutnar,

“I tried to explain how the fate of the objects in fact reflects the historical context in which they were acquired. Museums traditionally acquired their objects via private donations or bought them in antique shops and auction halls.

“But with the political changes at the beginning of WWII there was a new way of obtaining objects, and that was confiscation. It started with Jewish property and in 1948 included rich entrepreneurs, nobility, castles and churches. It continued like that for a long time.” 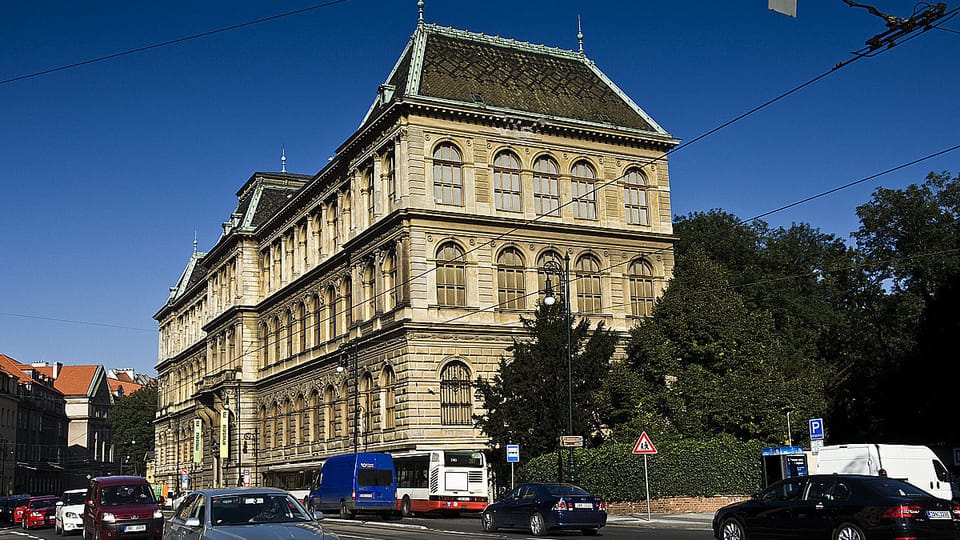 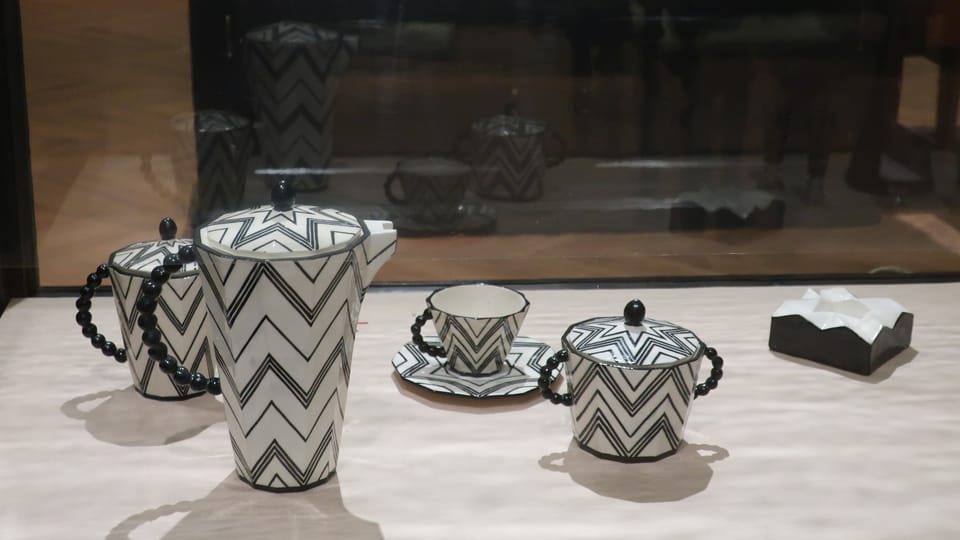 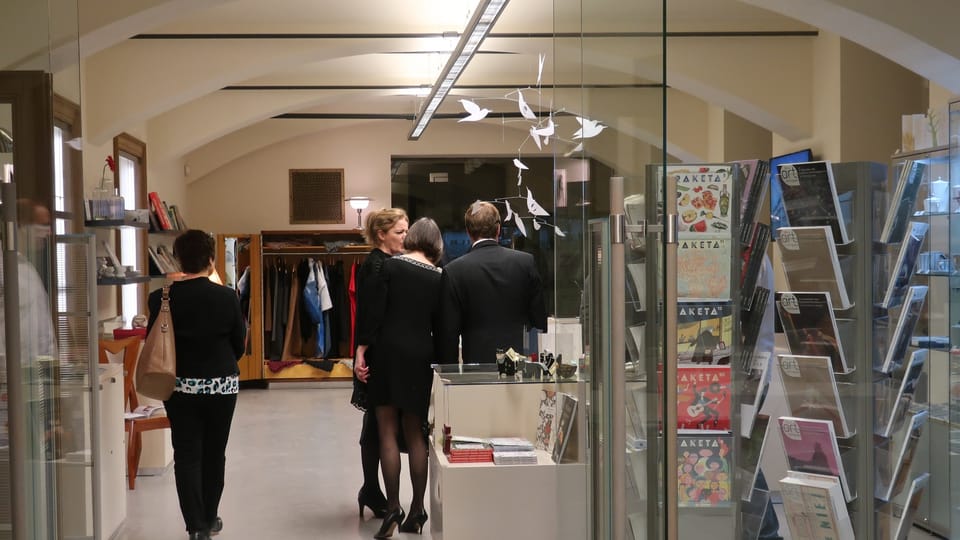 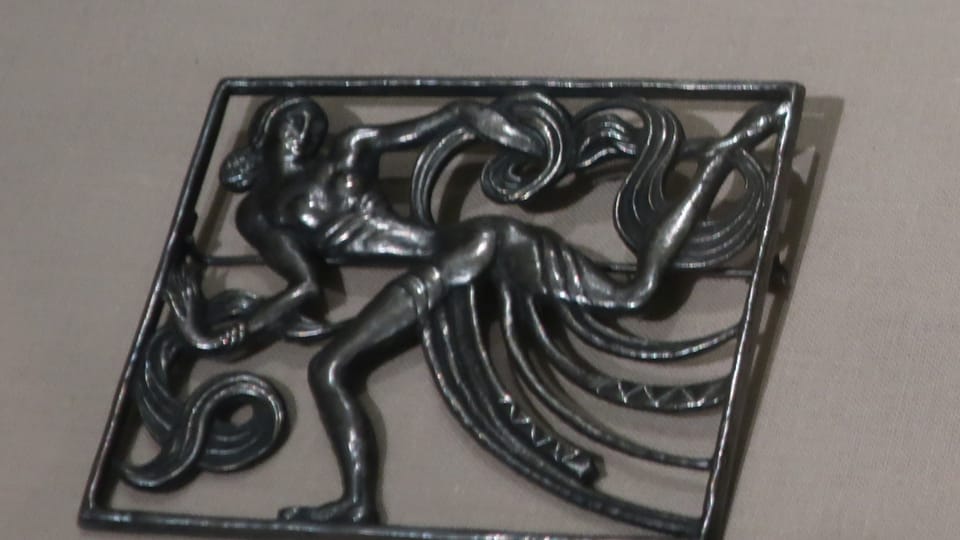 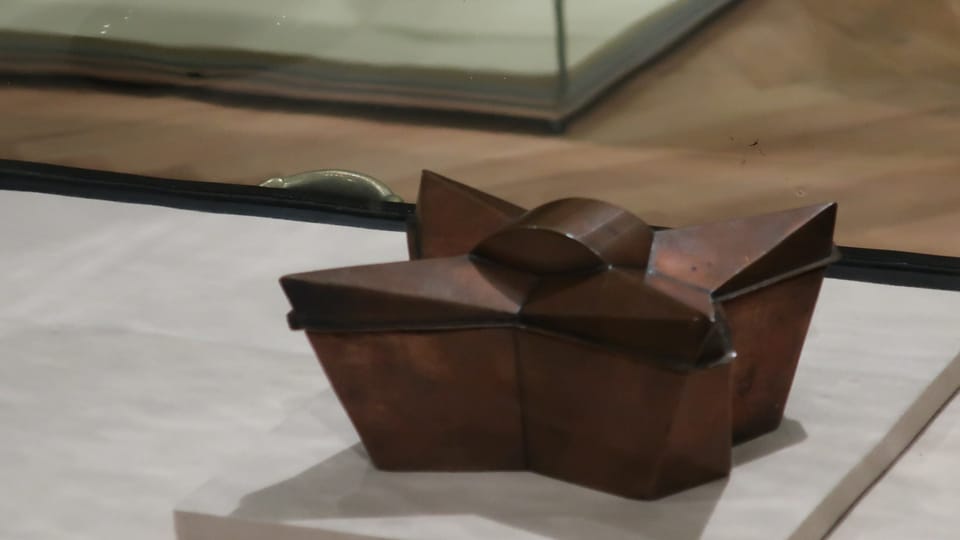 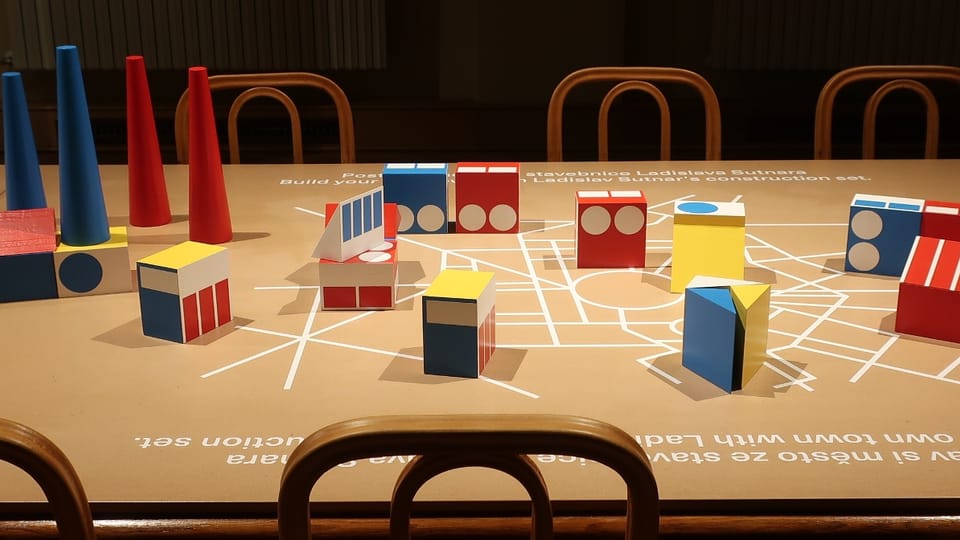 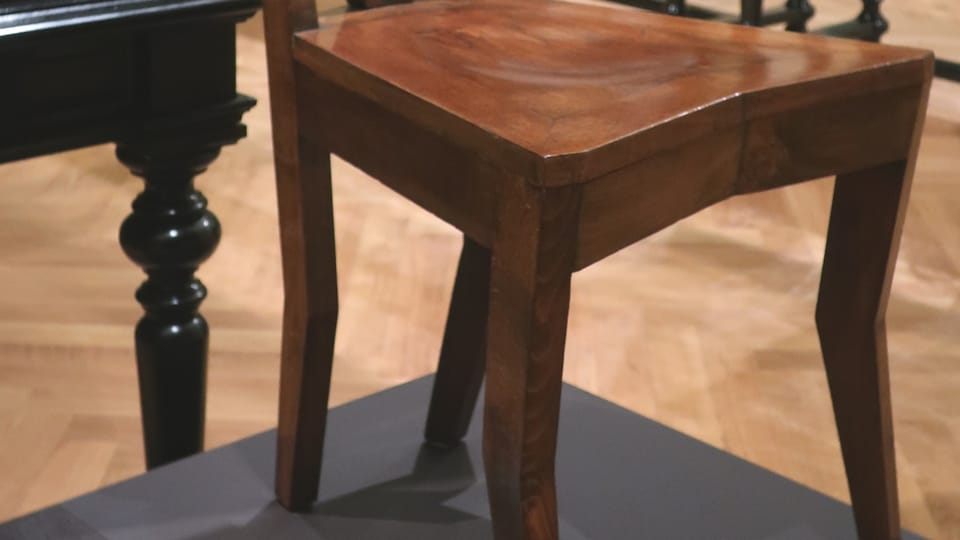 The items were also intended for a book published by Scala Arts & Heritage Publishers in London in the Director’s Choice series that introduces prominent museums and galleries through the eyes of their directors.

I spoke to Neal Titman, Scala Publishers Director of Business Development, who came to Prague to see the exhibition and I asked him to tell me more about the series:

“We were thinking of new ways in which to present certain kinds of classic books that museums and galleries want. We felt that having it presented by the authentic voice of the director or head curator would be a compelling and fresh way of doing that, and that has proved to be the case.

“It is by far our most successful series. We have published over 50 volumes in the series across a dozen different countries and in nearly 20 different languages. This is a wonderful moment for us because it’s the first Director’s Choice we have published for a Czech museum. So we are very happy to have had the opportunity.”

Mr Titman believes being included in the prestigious series will help the Prague Museum to gain awareness abroad:

Photo: Martina Schneibergová
“To the Czech public, this is a very famous museum with a wonderful collection. People know about it. Internationally, though, people may not necessarily know about this particular museum.

“Seeing this book, having the opportunity to look at it, ultimately, one of our aims is to encourage more visitors to these institutions and indeed to Prague and to the Czech Republic, overall. So it has that highly practical function for the museum.”

Along with the Director`s Choice exhibition, the Museum of Decorative Arts has also launched a series of accompanying events, including workshops, presentations of young designers, and even yoga lessons. Its aim is to give the public a chance to discover the premises before they become occupied with permanent displays as well as new exhibitions. Helena Koenigsmarkova again:

“Next year will again be very busy. We will be back with all our activities. In January we will open a final exhibition connected with our five-year project dedicated to the so-called panelak houses.

“In February there is an exhibition of dolls houses coming from London’s Victoria and Albert Museum, the museum of childhood. And in March, there will be an exhibition of life work of the famous photographer Josef Koudelka on the newly opened third floor, which was donated to our museum.”