Lavender fields are generally considered to be the hallmark of Provence. But you do not need to travel to southern France to delight in the wondrous sight and heady scent of endless rows of purple lavender bushes. Chodouň in Central Bohemia is a lavender haven and boasts the biggest organic lavender field in Europe.

Lavender Valley is nestled in the heart of the Barrandien Geopark, a geologically unique region between Prague and Plzen. It was here that Helena Neumannová decided to plant English lavender, the kind of lavender with internal healing effects. She is following up on a tradition established by the Celts who grew lavender in Chodouň thousands of years ago.

Back in 2014 she planted 50 thousand lavender bushes in organic quality, and her farm Lavender Valley now makes health and wellness products that are used internally – teas, sirups, and food that they offer at their local restaurant and shop. They also offer aromatherapy, spa sessions, and all sorts of therapeutic remedies promising to alleviate depression, anxiety, insomnia, and boost the immune system. Radio Prague’s contributor Martina Kroa visited the farm, and spoke to the founder of Lavender Valley, Helena Neumannová, about her lavender business, their primacy in combining organic lavender and cannabis, and the Czech herbalist and spa tradition.

On your website you write that you have the biggest organic lavender field in Europe. How did that happen in a small Central European country?

“It's very interesting because everybody knows lavender from Provence, but the fact is that the Slavs had lavender first in the world. Nobody knows that because during World War, World War II and the Communist era a lot of people who were absolutely great herbalists emigrated, they ran because of Hitler and because of the communist regime and they started to build great companies around the world. But what is very important for us is that Bulgaria, Montenegro, Hungary, Slovakia and the Czech Republic had lavender from the 10th century before Christ. We had absolutely great herbalism and therefore after the Velvet Revolution some people in these countries I named started again. And, like me they try to tell the world that we have medical lavender, Lavandula angustifolia, which is absolutely great for internal usage, and for super products, food, healing inside - nobody else has that.”

Helena proudly points out that unlike commercial lavender farms around the world, in Chodouň they use strictly organic practices and harvest their lavender by hand.

“Many farms in Provence and elsewhere use conventional production, they use chemicals. But when lavender farms were reestablished in this country, be it ours or Mr. Bíza in South Moravia, or the lavender farm close to Říp Mountain, they opted to be strictly organic and that's most important for sustainability, for the ecological system in the world, for the planet, for us human beings.”

“The absolutely most important thing is that lavender from Provence is conventionally produced and therefore it is possible to use only for cosmetics and essential oils, but the Czech Republic has organic lavender, and we can use it internally. Say, the lavender from your garden is a kind of lavender which you can use only for example as a nice decoration or in aromatherapy. But this kind of lavender, certificated organic lavender, is absolutely great for healing inside.”

There are two most common species of lavender or ‘Lavandula’ in Latin. First, the ‘English’ or ‘true’ lavender which is planted in Chodouň and can be used for healing purposes, also called Lavandula angustifolia. The second species Lavandula x intermedia is a hybrid and often referred to as ‘lavandin’, planted commonly in France, and also produces more essential oils. 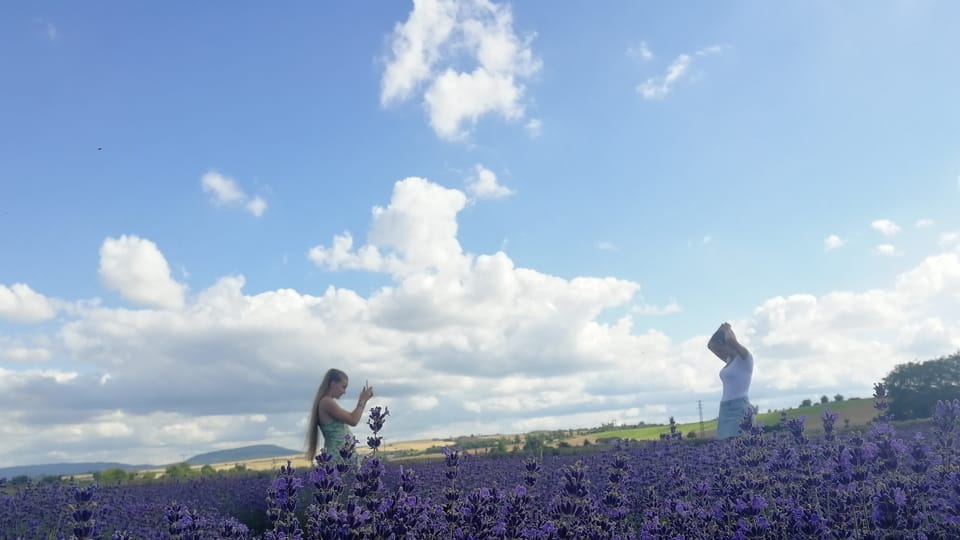 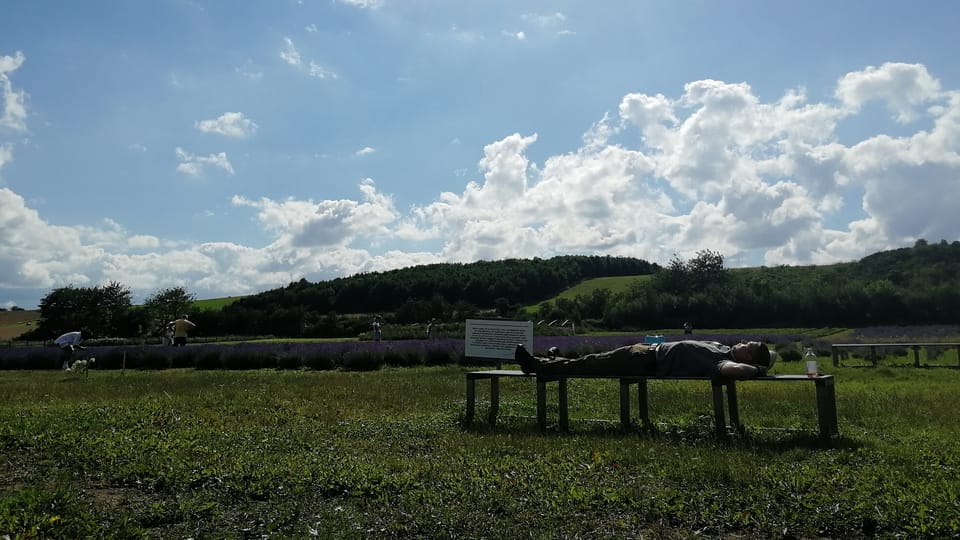 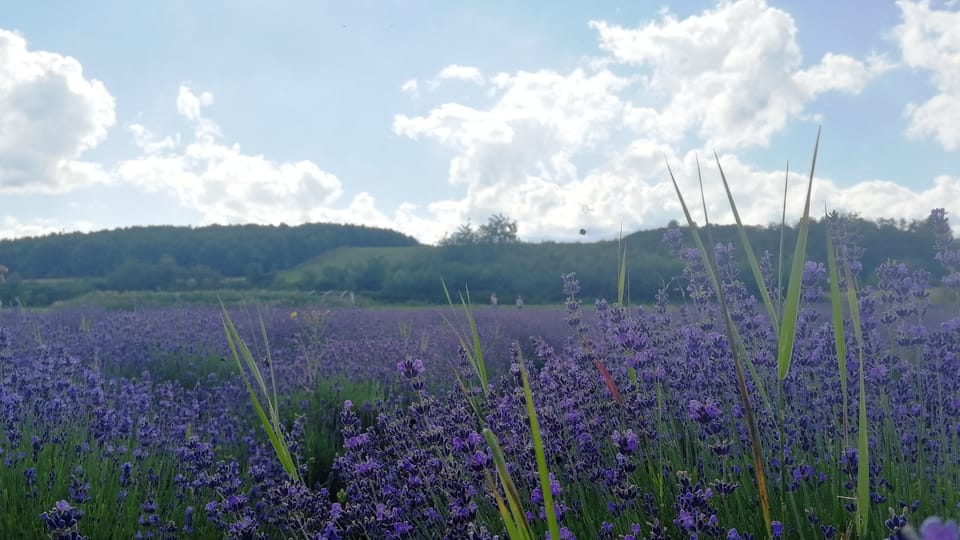 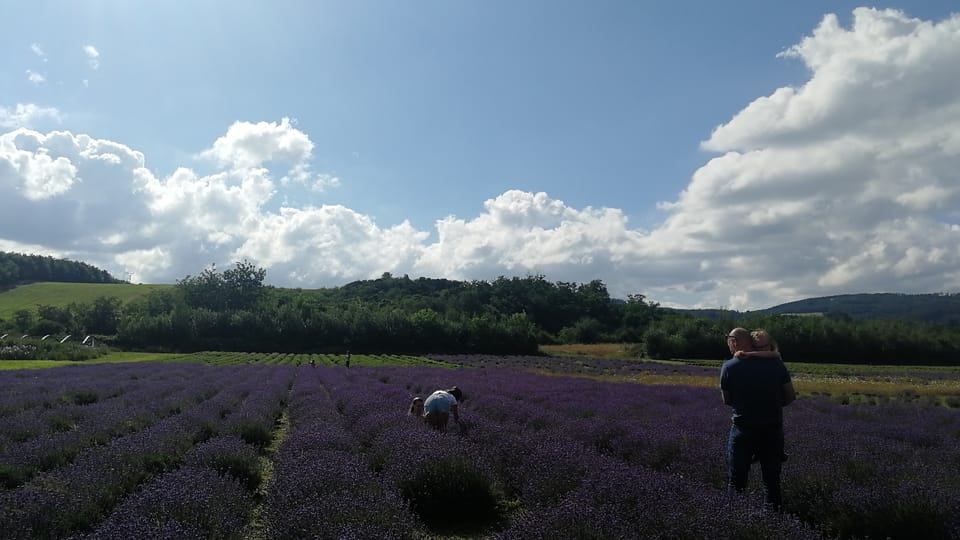 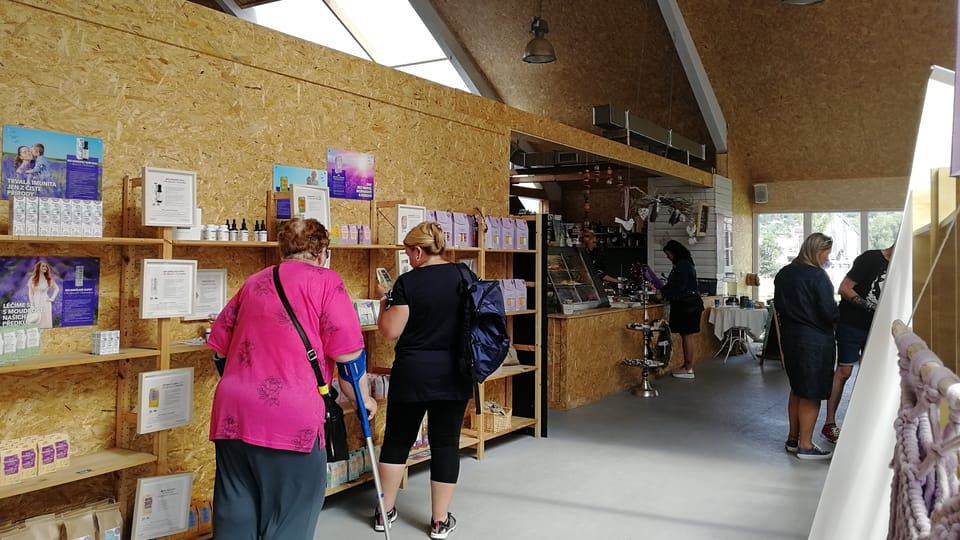 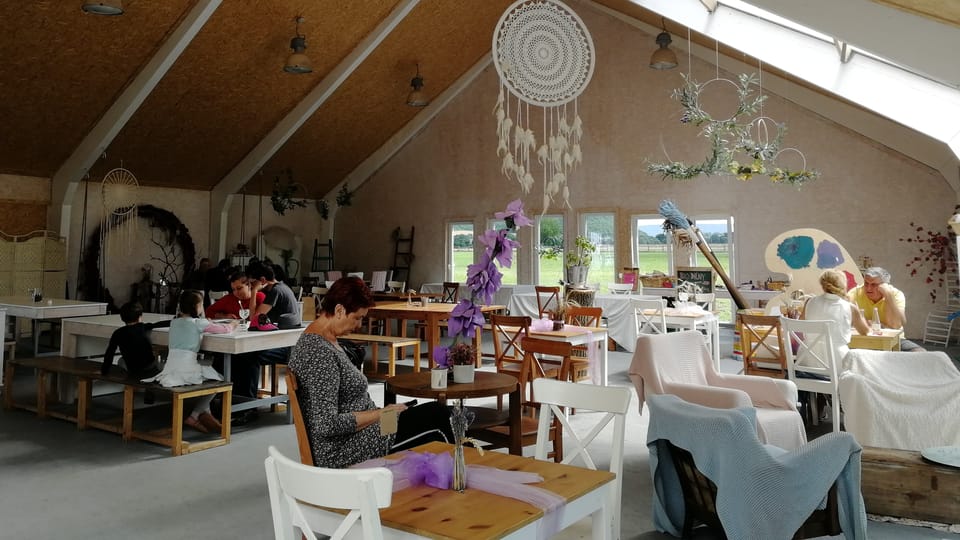 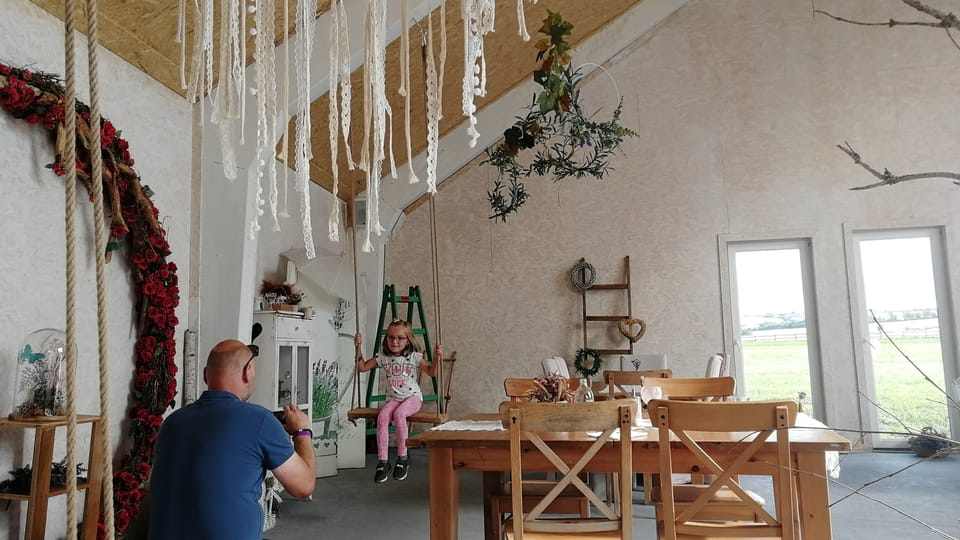 “Now in the 21st century we know thousands of kinds of lavender, but Lavandula angustifolia Munstead is the best of them all. And if you grow it in organic quality, then you can say it's a herb. If you don't plant it in organic quality, it's just a flower, that's important to say. Therefore, we know we have something special for healing inside and of course for food, organic drinks, organic chocolate, organic snack bars, etc.”

The interior of the restaurant at Lavender valley|Photo: Martina Kroa, Radio Prague International

“But the strength of this herb is inside, not in the height. And of course, the Provence lavender is much higher and great for smelling, but on the other hand you cannot use it internally. When you drink for example their wine, I say you drink poison.”

For foreigners and when marketing abroad, they call their lavender from Chodouň ‘Lavandula Bohemia’ to highlight the fact that it is from the Czech Republic.

What is so special about the lavender from Chodouň?

The symbol of a circle in the lavender fields|Photo: Martina Kroa, Radio Prague International

“Lavandula Bohemia as we know from the research that has been going on for the past five years has special kinds of biodynamic substances which are very important for autoimmune diseases in the 21st century. Let's say the kinds of diseases which conventional medicine doesn't know how to heal; we can help these people. What is crucial about this kind of herb is that it is pure nature with no other negative side effects. It only helps and that is something absolutely special and unique. We hope, at the end of our research, which is still in process, to get a stamp of quality, then we can use all these results on our etiquettes and our products.”

In Chodouň they have the perfect combination of herbs, minerals, and natural conditions that contribute to the healing effects the plant offers. The limestone in the unique geological area where the lavender is grown adds minerals, and the frost in the winter and more importantly the omnipresent wind stresses the plant that then produces more flavonoids, and other biodynamic substances that have healing effects. Just sitting near the fields should help you with migraines or fatigue. Helena Neumannová again:

“Our lavender contains antibiotics, antioxidants, and antiseptics from pure nature with no other effects. It helps your digestive system, nervous system, and your immunity, of course. And what is the most interesting for me is that we can help with very bad psychological problems like depression, insomnia, and other problems with the nervous system.”

Lavender Valley participates in research regarding the healing effects of their lavender with the University of Chemistry and Technology in Prague and also with other experts:

“We cooperate with Mr. Petr Kaštánek who is very famous for using pure herbs in organic quality for healing and in research. We are very proud to cooperate with the university experts because they helped us a lot when we first started growing lavender. And we believe that if we connect together and we have this research then we can show to the world that we have something absolutely unique.”

Lavender Valley has set its sights high. They want to prove the healing effects of their lavender on neurological diseases even such as multiple sclerosis, Alzheimer's or Parkinson's disease, depression, and others. And they develop products from the powerful combination of organic lavender and cannabis.

“We were the first team in the world who mixed these two queens of herbs, and I'm very proud of that. Can you imagine that American representatives from cbdMD which is the biggest producer in the world, and supporter of Swiss, American, and the best clinics in the world, asked us to send them these two products to put them to the test?

Helena’s vision is to restore the reputation of Czech traditional herbalism, and to continue in the country’s famous spa tradition.

“That's my main goal. I would love to hear in the world that Czech herbalism is absolutely great. Because everybody knows lavender from Provence, everybody knows that lavender is great for shampoo, soap, conditioner, essential oils, perfumes but people do not know how this queen of herbs can really serve and support your nervous system which is the most important now when we live in this crazy epoch. Therefore, it is very important for us to try to help Czech herbalism, the Czech country, central Bohemia like the Mecca of herbalism because we were that.”