Georgia has many natural wonders and caves are one of the country’s as yet largely undiscovered attractions. The Georgian authorities are keen to make these karst areas accessible to tourists while protecting the country’s natural heritage. However, the lack of money and relevant expertise has prevented them from fully harnessing this potential. The Czech Development Agency has stepped in to help with the aid of experts from the Cave Administration of the Czech Republic.

Petr Zajíček, photo: Alexej Maximov / Czech Radio
Prometheus, Sataplia, Muradi or Okrojanashvili – natural wonders that were formed hundreds of thousands if not millions of years ago. Some of them contain traces of dinosaurs. All are breathtakingly beautiful, but also dangerous and hard to reach.

The Georgian authorities are moving to change this, step by step with the help of experts from the Czech Cave Administration.

The phased-out project started back in 2012 in the caves Prometheus and Sataplia both rich in stalactite formations and boasting traces of dinosaur activity. Czech experts explored the caves with their local colleagues, studying both surface and underground karst phenomena, introducing methods applied in caves in the Czech Republic and drawing on past experience. In Prometheus they managed to eliminate engine failure on electric-powered boats using experience in water navigation in the Punkva Caves in the Moravian Karst.

Continuous microclimate monitoring was introduced in the selected caves in order to protect their precious ecosystems. The Satsurblia cave was adapted for speleotherapy - treatment of respiratory diseases with the help of a specific cave climate.

Petr Zajíček, from the Cave Administration of the Czech Republic, was part of the team and is recently back from Georgia.

“The caves in Georgia are very, very similar to caves in the Czech Republic and Slovakia, and many caves elsewhere, in that they were formed by the dissolution of limestone. But some of their caves are very beautiful and very special. For example the very rare, I would say unique formations in the Muradi cave in the Racha areas are marvellous. The formations have spherical formations up to 50 centimetres in diameter. It is a unique phenomenon.” 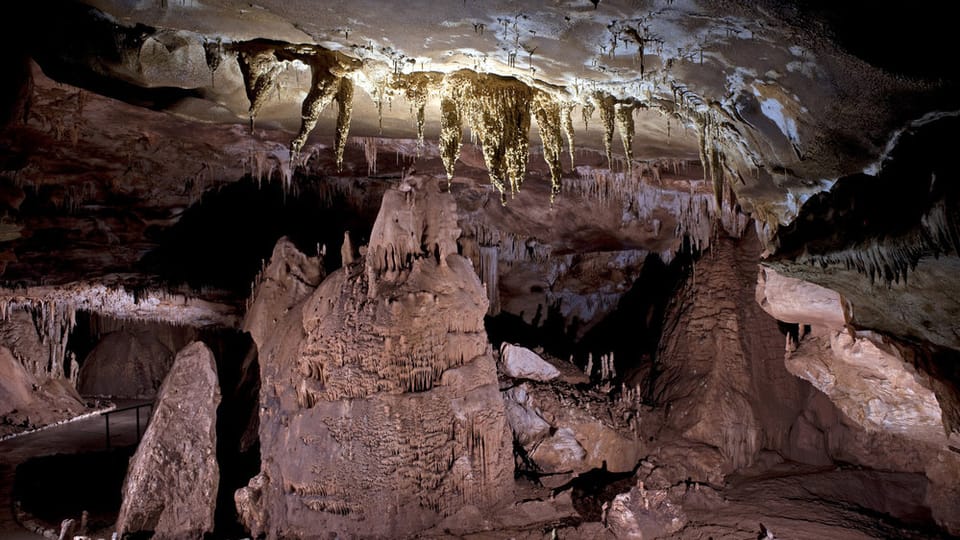 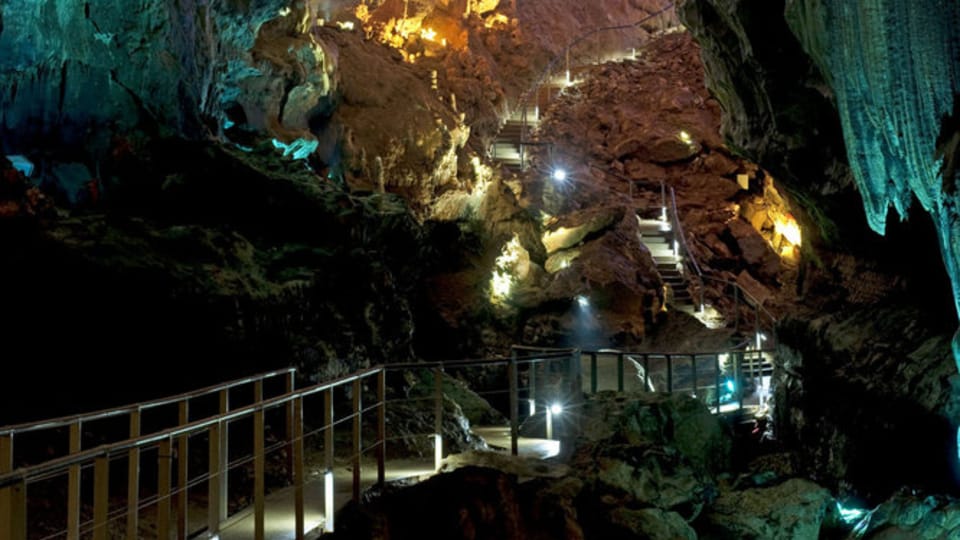 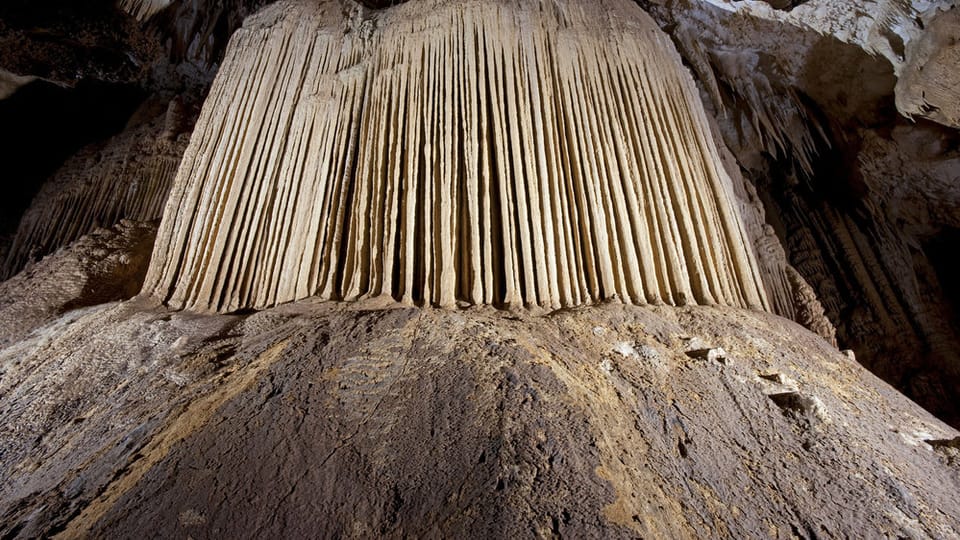 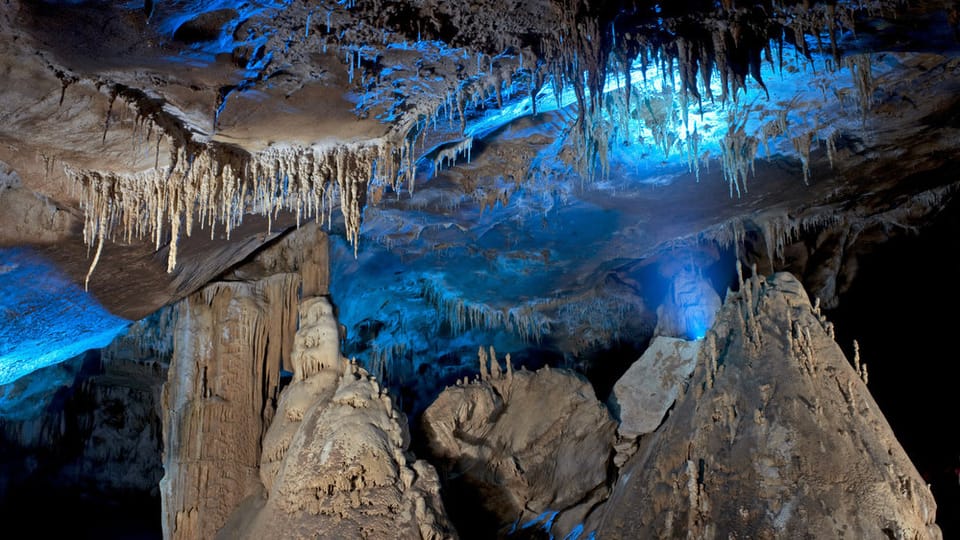 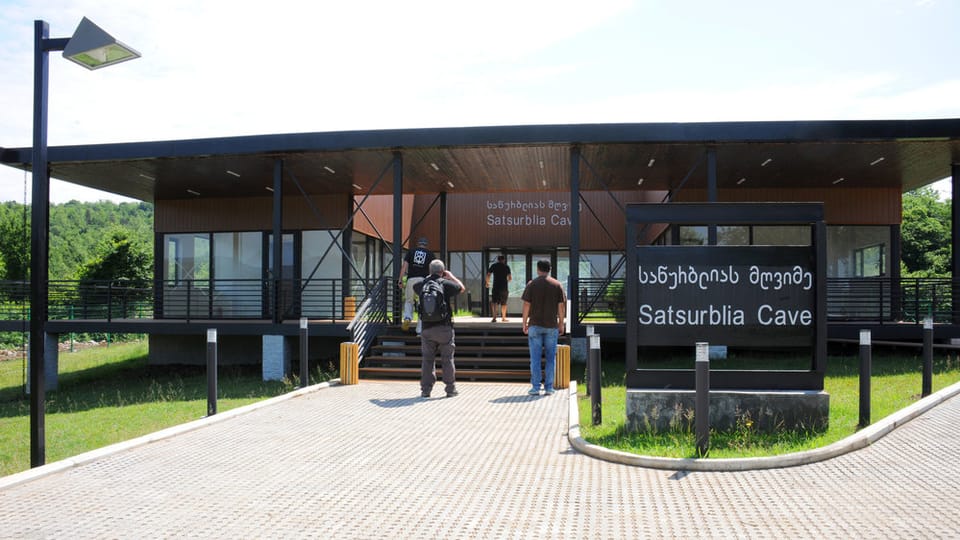 The Racha area is located in the north-eastern tip of western Georgia, an area of 2,854 km2, with caves, chasms, sinkholes and underground rivers. The karst area has high tourist potential and the Georgian authorities intend to designate it as a protected nature reserve in order to protect the area from adverse effects once it opens up to visitors. The area most in need of protection is the Nakeral Ridge with its ten caves.

The longest one is the Racha Cave, discovered by local speleologists in 2001. The total length of the cave system is 4,073 meters and it boasts unique stalactite formations in the form of eccentric growths.

The second longest is the 1.5 km distant cave Muradi. At the end of 2014, experts discovered extremely rare spherical formations up to 50 centimetres in diameter suspended on stalactites. The unique formations were created under water over many years.

It has a total length of 1,600 meters and the height of its corridors ranges from 8 to 30 meters. It boasts a number of underground lakes. The cave is difficult to explore and it is necessary to use rubber boats. The water leaves the cave through the entrance and forms a cascading waterfall from a height of 234 meters. Speleologist Petr Zajíček says this presents a major problem:

“Opening up this cave to the public will be very complicated. The entrance to the cave is located high up in a rock wall and the pathway to it is literally breakneck. And the biggest problem of all is the water. There is a very strong underground river which comes from a large karst plateau that is behind the cave and above it. During floods, for instance after torrential rains or when the snow melts on the plain, the water level in the cave increases sharply. So our first and most important recommendation was to install several limnographs which would monitor the water level in the cave and on the plateau.”

This year, three sets of limnographs were purchased in the Czech Republic and subsequently installed at selected locations in the cave in order to ascertain the maximum and minimum water flow levels. Georgian speleologists were acquainted with their operation, data acquisition and data evaluation. After about a year it should be possible to say what parts of the cave could be opened up for tourists, under what conditions and at what time of year.

In the meantime the Georgian authorities will need to build up the appropriate infrastructure, access trails, paths and rest areas to avoid uncontrolled movement of visitors and damage to Nature. Some parts of the area, such as waterfalls and caves, can only be made accessible with the help of responsible guides.

Although much work remains to be done, in the future, the opening of the beautiful Georgian caves should lead to the development of the region and help improve the living standard of its inhabitants as well as giving visitors an unforgettable experience and a large doze of adrenalin. 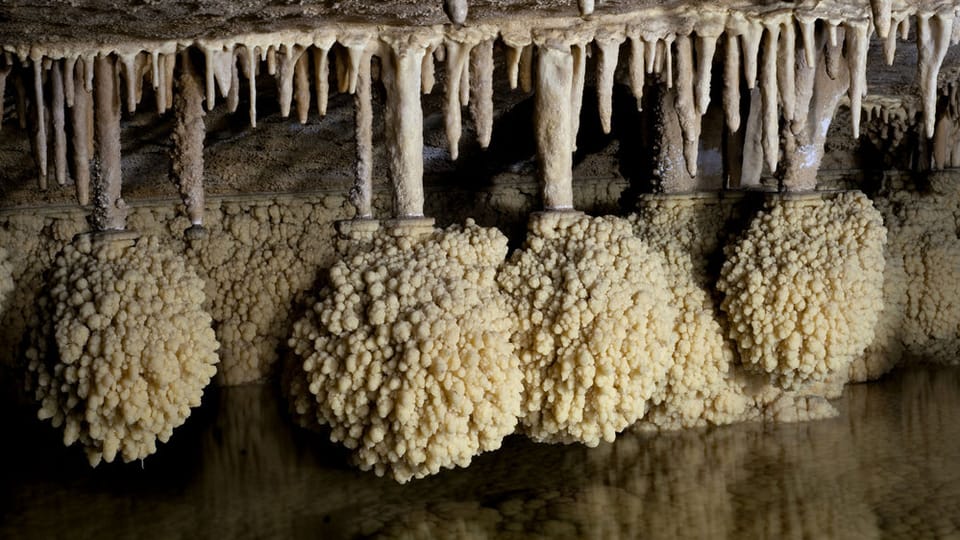 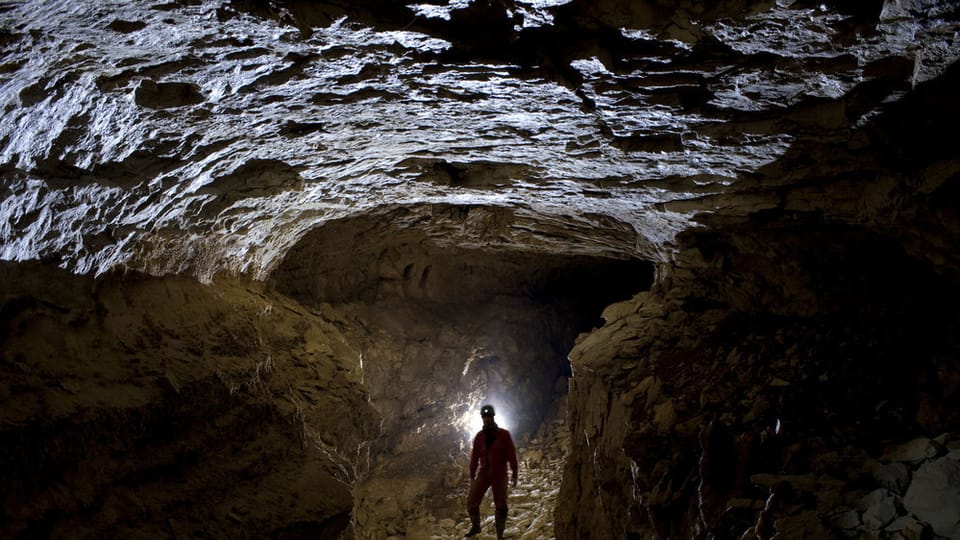 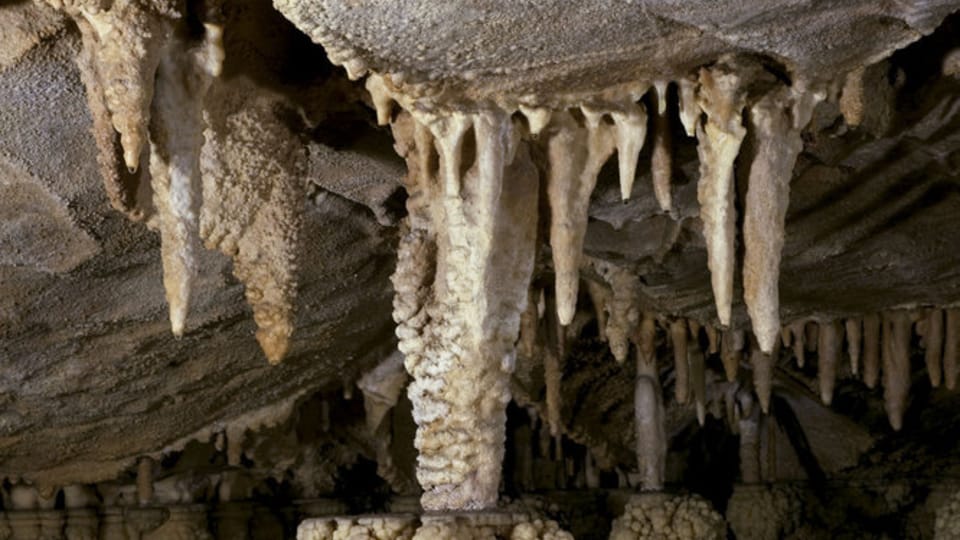 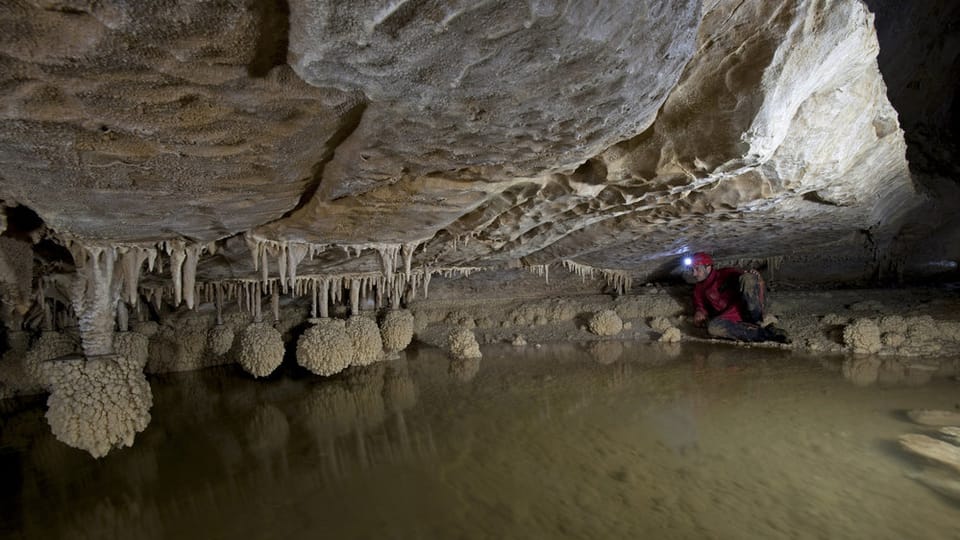 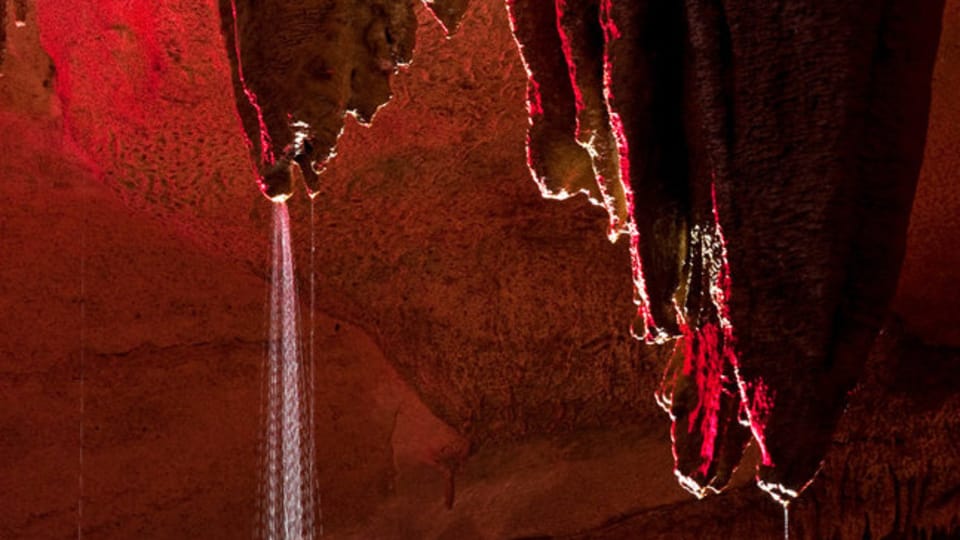 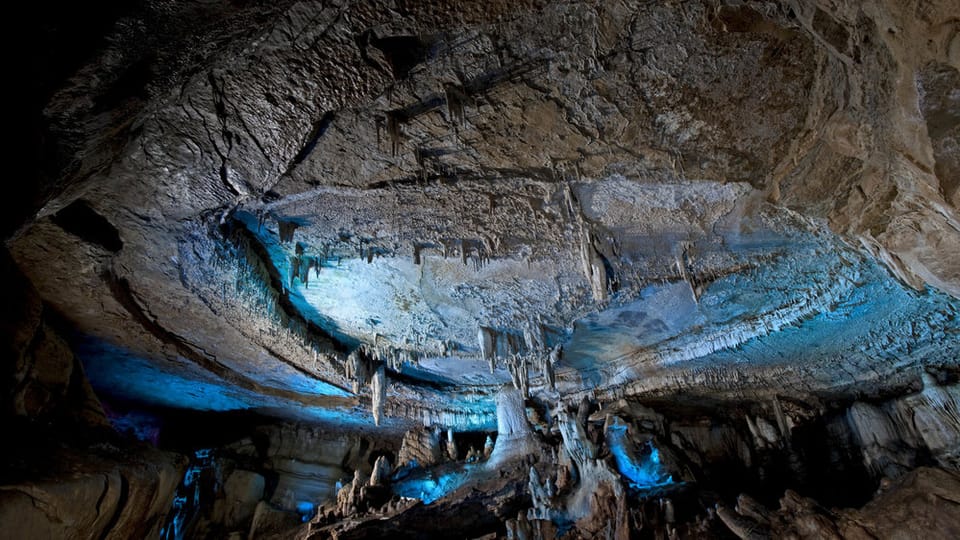 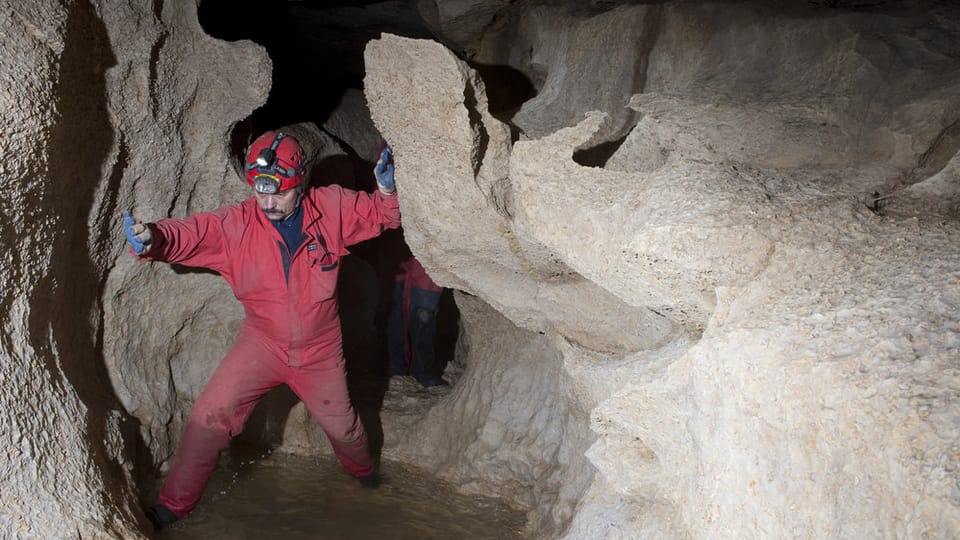