Czech Season in Scotland brings the best of Czech music, dance and visual arts to Edinburgh and Glasgow

Czech Season in Scotland brings the best of Czech music, dance and visual arts to Edinburgh and Glasgow

Batacchio / Cirk La Putyka (Photo: Czech Centre in London)
“The Czech Season in Scotland is a series of events which we are organizing from July till November in Edinburgh and Glasgow with multiple partners. The reason is that every August we travel to the Fringe in Edinburgh and we have made so many contacts and friends that we decided that it would be a shame not to explore other elements of art or cultural events. So aside from dance and performing arts this year we are doing music, visual arts, sound and light design and literature.”

How do you select the ensembles that are going?

“For the Edinburgh Fringe it is basically a combination of who is available, who gets the funding and who has a piece that works within an international context. So what is important is that these are already professional companies who are used to touring, who are able to adapt to the quite difficult conditions that you have at the Fringe. For example you only have thirty minutes to change the set between individual performances, you perform every day, its hard work, so one condition is that they are ready, that they are experienced and the other is that they have a show that communicates on an international level. And the third condition is that we manage to get the funding.”

You are also known to support cutting-edge, avant-garde artists that have proved a success in Great Britain…

GOSSIP / Lenka Vagnerova Company (Photo Viktor Kronbauer, Czech Centre in London)
“Yes, for example in 2013 we selected the Spitfire Company to be part of the showcase which back then was not that well known internationally and they succeeded – they got the Herald Angel for their show One Step Before the Fall. They toured the world with it because of invitations they got from the Fringe and basically it made their name. So we are ready to take risks if we feel strongly about the piece or the artist. We are presenting the work of Marketa Othova for example, a super-talented Czech photographer, but definitely not working in the mainstream of visual arts.”

What are you presenting at the Edinburgh Fringe Festival this year? Could you just highlight one or two of the ensembles and the theme they’ll be coming with?

Ondřej Gece from the Lenka Vagnerova Company:
We will attend this year’s Edinburgh Fringe Festival with a performance called Gossip and the title pretty much says it all. It is a very topical theme focusing on gossip, blather, words that can damage others without actually touching them. We already premiered it in Leeds with great success and we have really big expectations of the Edinburgh Fringe Festival.

“We have one ensemble that will be there for the first time, 420 People, they are coming with an older piece called Wind-up, but it is a stunning show, quite technically challenging. We have been wanting to work with them for many years and now it finally happened. I am looking forward to seeing Spitfire again, I love their performance One Step Before the Fall and I am looking forward to seeing The Narrator and also seeing Dot 504.” We should say that this was inspired by Mohamed Ali –from boxer to sufferer of Parkinson’s disease.

“Yes, it is a very beautiful and moving piece inspired by the life of Mohamed Ali, the synopsis of the film is “float like a butterfly, sting like a bee, your heart can’t hurt what your eyes can’t see” and it sort of shows the fragility of the fighter, but also the will to continue the fight and it is a very empowering performance. What I like about it is that the role of the fighter is performed by a woman who is very fragile –Marketa Vacovská who is an incredible dancer, a beautiful woman and so strong in what she becomes through this piece, starting as somebody fighting but failing and coming up again. It is a mesmerizing performance which I think also resonates with the British mentality because they are also fighters the Brits and they keep on going, no matter what.”

And how is Czech dance and sound and light art received in Great Britain –or Scotland -what is the interest like? 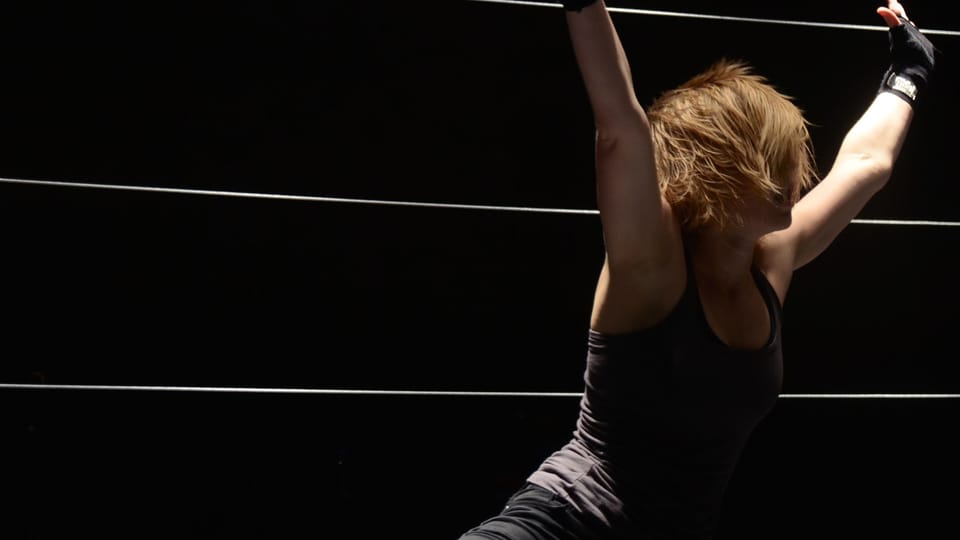 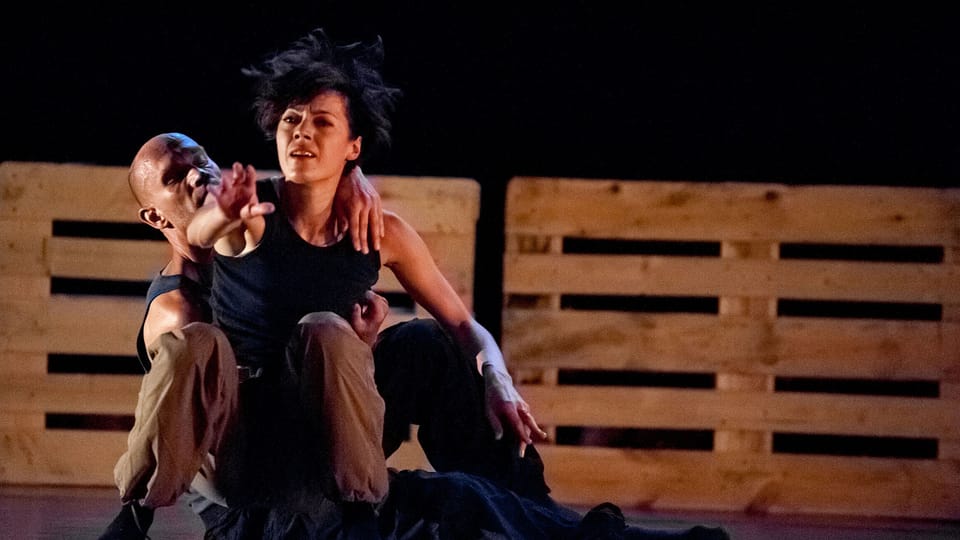 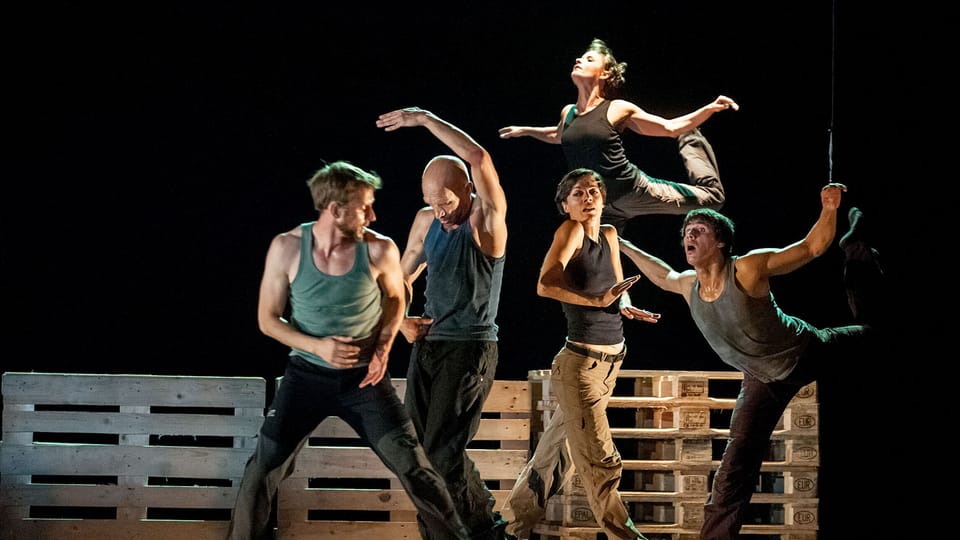 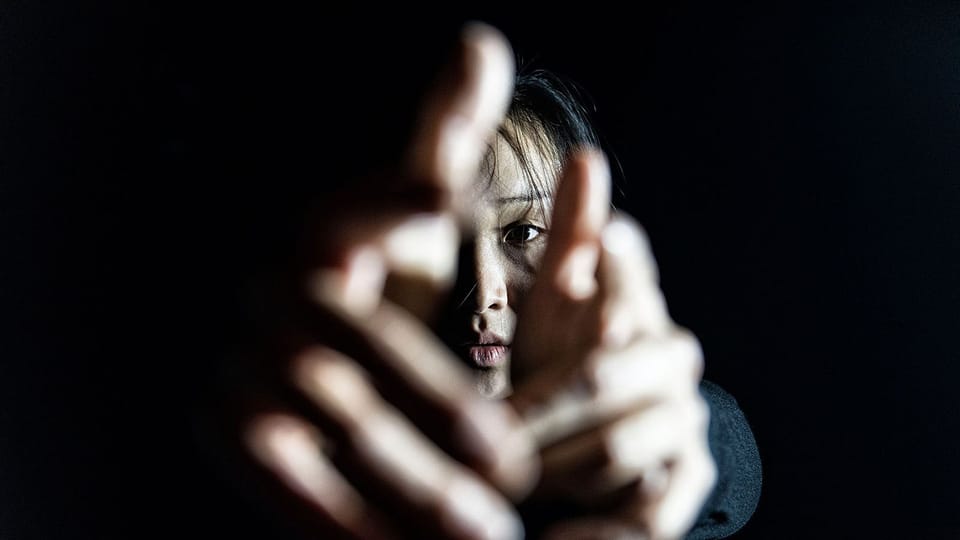 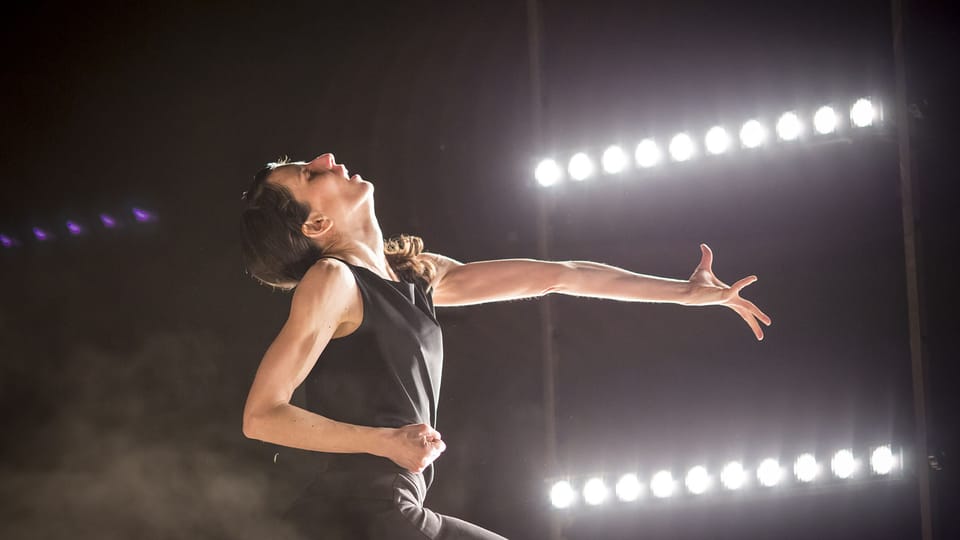 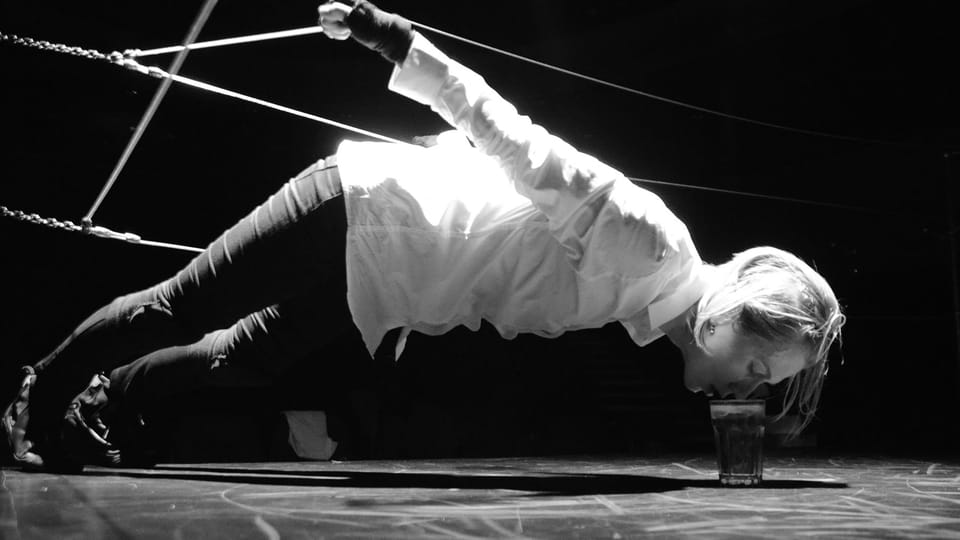 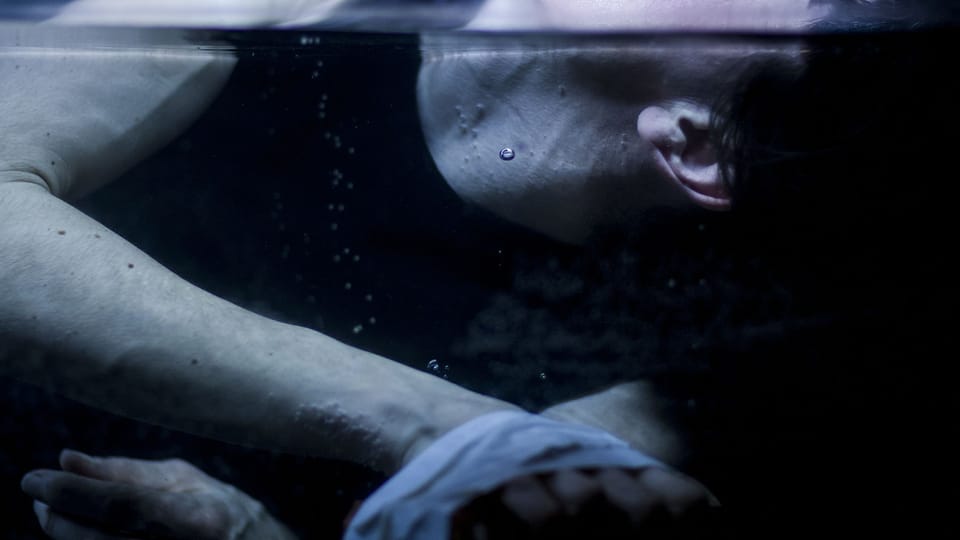 “Well, as concerns dance we have already established the interest, so people are aware of interesting or good things coming from the Czech Republic. People are looking forward to the Czech showcase, already now they are calling us and asking what is happening…for the others, we don’t know because we have never worked in Scotland on that level. But what is comforting for us is that we have selected these pieces in cooperation with the directors of the festival or local curators so it is also their take on Czech art that is represented –it is not just us picking what we like but it is the result of a partnership and a dialogue. And the fact that the director of a Scottish festival picks two Czech performances that’s something already…”

And the Czech Season in Scotland – where is it taking place, where can people see it?

“It is in two cities – in Edinburgh and Glasgow.”

And events are spread out until the end of November?

Barbora Čermaková from 420 People:
“It will be our first time at the Fringe and it is a big thing for us. The piece that we are bringing is called Wind-up. It is a sextet of contemporary dance, very well-choreographed, it has received some very positive reviews and it has also been presented at festivals around Europe since its creation, which was in 2012. So we are happy and proud to be able to bring it to the Fringe and we hope to be able to compete with the other 2,999 shows that are coming there.”

“Yes, it starts with a jazz concert at the Edinburgh Jazz and Blues Festival, we are bringing Fragile Bliss, which is a beautiful musical project created by Michal Nejtek and Tomas Liska –excellent musicians who put together this beautiful record. There’s also the Touring Poetry Periscope which presents contemporary poetry through a sound installation piece, then there is the Fringe where we have six performances and then we are moving to Glasgow where we start in September with three photography exhibitions by Marketa Othová, Alexandra Vajd and Radek Brousil. And the big season finale is at the Sonica Festival, also in Glasgow, which starts in November and which presents these two site-specific sound and light installations –one in a planetarium in Glasgow and one in an old church.”

Which of these is your own personal favourite – an event that people should not miss?

“Well, I think Archifon (at the University of Glasgow Memorial Chapel) is a particularly interesting project because it combines visual art and music and it is interactive. Basically, in is a music installation in a church where you can create your own musical composition by pointing lasers at certain points in the church which resonate. I think that is a unique experience and we are super-proud that we can show that work in Glasgow.”

For more information on what is showing see the webpage of the Czech Centre in London.