A woman sighs, moans, and cries out with delight - this isn't the soundtrack from a late-night movie, but one of the works in a classical music concert. It's a composition from 1919 by one of the masters of the inter-war avant-garde in Czechoslovakia, Erwin Schulhoff, and it's called the Erotic Sonata, a solo for what the composer described as a "mother-trumpet" - in fact a single female voice, a work with a fascinating score of scribbles, lines and dots. It was one of many works performed on Tuesday night at the Archa Theatre, as part of the Prague Spring International Music Festival. David Vaughan was there.

The concert was - very literally - one of the climaxes of this year's Prague Spring, although I might add that not everything at the concert was quite as unusual as Schulhoff's Erotic Sonata. In fact, we heard a fascinating variety of compositions by proponents of the Czech avant-garde of the twenties - rich in the influences of jazz and surrealism - composers like Karel Reiner of Miroslav Ponc, who have undeservedly been neglected by more recent generations. As the festival director, Roman Belor, told me in the interval, this was a time when Prague was at the forefront of experimental music in Europe. 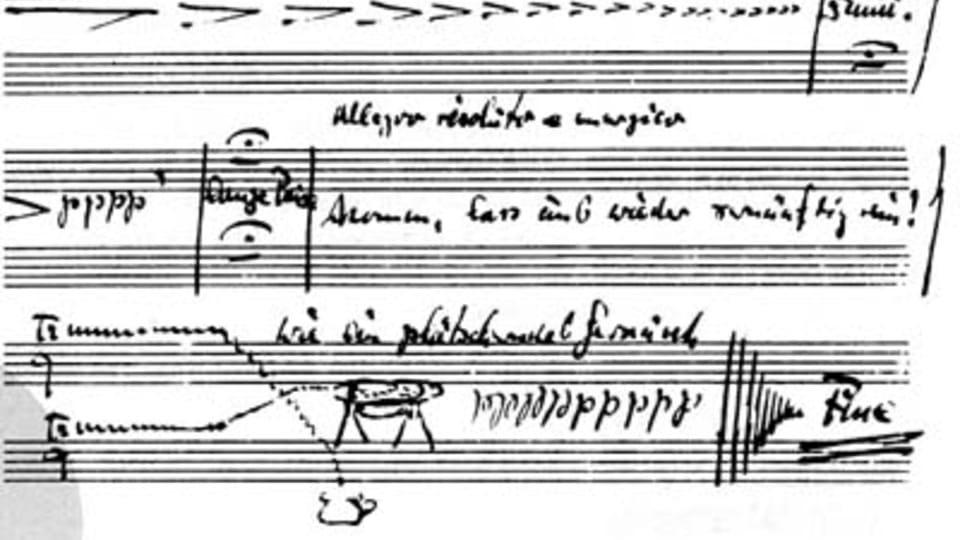 The greater part of the concert was devoted to perhaps the most prominent figure of the Czech musical avant-garde of the time, Emil Frantisek Burian, who is being celebrated as part of the Year of Czech Music.

"He was an extremely important Czech avant-garde composer, and also theatre producer, founder of the famous Theatre D, and the concert is at the very same place where Burian was active as a theatre producer, the Theatre Archa, formerly D-Theatre."

Tuesday's concert - like the music being performed - had a wonderfully iconoclastic and informal atmosphere - positively encouraged by the performers from the Dutch ensemble, the Ebony Band. Roman Belor again.

"This group of musicians - almost all of them are members of the famous Concertgebouw orchestra - are concentrated on European avant-garde music, and we are extremely happy that they are paying tribute to Czech avant-garde music."

The music of Prague as a centre of the avant-garde has been one of the ensemble's interests for several years. This was the music that the Nazis later condemned and banned as "degenerate". Many of these composers, Erwin Schulhoff among them, died in the Nazi's death-camps, but in Prague on Tuesday their music was very much alive.