The Czechoslovakian Wolfdog’s name doesn’t lie – it is indeed part dog, part wolf! Created for the Czechoslovak border guard in the late 1950s, the breed’s creator, Karel Hartl, wanted to improve the stamina and strength of working dogs by crossing German shepherds with Carpathian grey wolves.

The first crossbreeding of a Carpathian grey wolf with a German shepherd dates back to 1955. The original intention was to improve on the traits of the German Shepherd, but in the end an entirely new breed was created. Breeder, vet and general dog expert Vladimíra Tichá explains:

“It was originally intended as a research experiment, but then after some consideration it was concluded that the border guards could have their own dog breed, like the Russians have their black Russian terrier, so we could have the Czechoslovakian wolfdog. However, I'm not sure it was an ideal dog for the border guard, because the breed has inherited from its wolf ancestors a slightly different temperament to most dogs, for example, it is more difficult for them to change owners.”

The first description of the breed standard was written by the wolfdog’s inventor, Karel Hartl, in cooperation with the Czechoslovak border patrol. On the basis of Hartl’s work, František Rosík, a native of Moravia, continued and expanded the breeding of the dog in Slovakia. After the dissolution of Czechoslovakia on 1 January 1993, the breed was designated as belonging to Slovakia; however, it is recognized as a national breed in both of its countries of origin. Vladimíra Tichá has this to say on the matter:

“When the Czechoslovak Republic was dissolved in 1993, the FCI said that the two nations had to decide between themselves which of them would take charge of the breed. There was a meeting between Czech and Slovak breeders, and the Slovaks were more, let’s say, assertive in their negotiations, so today Slovakia is in charge of the breed. However, they can’t make any changes to the breed standard without the consent of the Czech Republic. We still think of it as our breed, even if some Slovak breeders don’t like it.”

The breed was internationally recognised by the International Canine Federation (FCI) in 1999. Classified under the heading of Sheepdogs and Cattledogs by the organisation, from its origins exclusively as a working dog it gradually started to enter civilian life. Nowadays it is bred not only as a working dog and for canine sports, but also as a guard dog and pet.

Michaela van Erne, who has lived with Czechoslovakian wolfdogs for 24 years, says that they are an extremely versatile breed.

“You can do all kinds of things with it – it can be a working dog or a rescue dog. Its excellent sense of smell allows it to find people buried under avalanches, for example.”

From its lupine ancestors, the dog inherited its high intelligence, physical fitness, endurance, resistance to the vagaries of the weather, and highly attuned sense of smell. Its wolf-like nature can still be observed, particularly when it comes to its temperament. It can sometimes be mistrustful of strangers, but never attacks without reason. It is a fearless, courageous dog with strong ties to its pack or family. 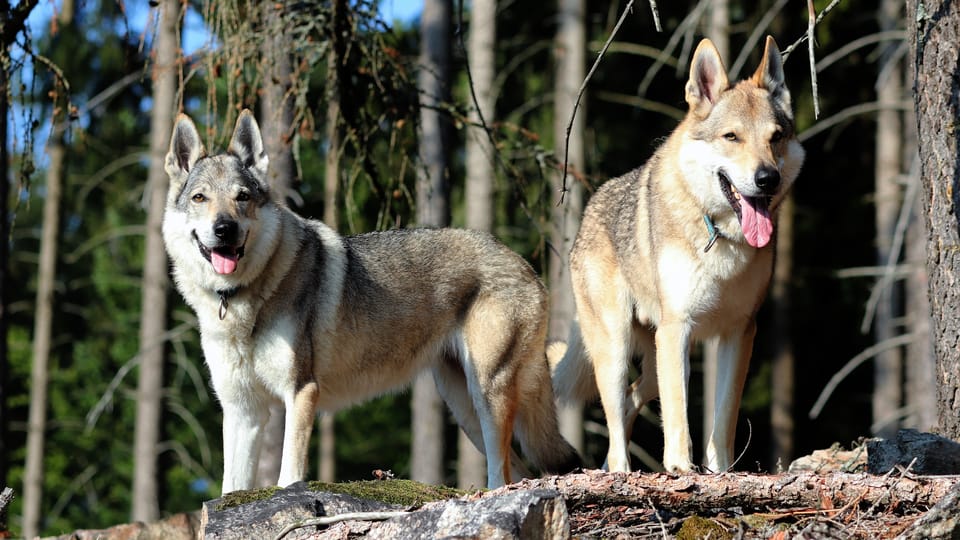 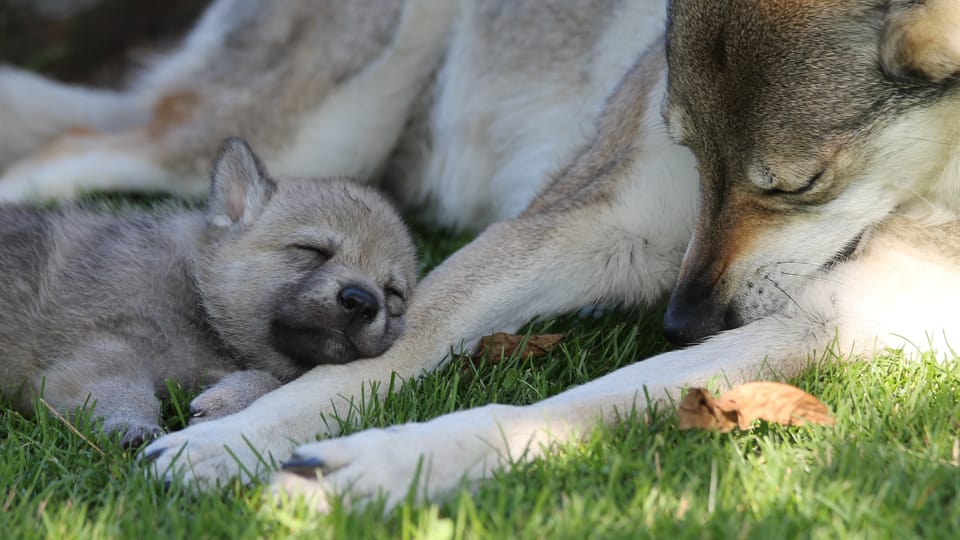 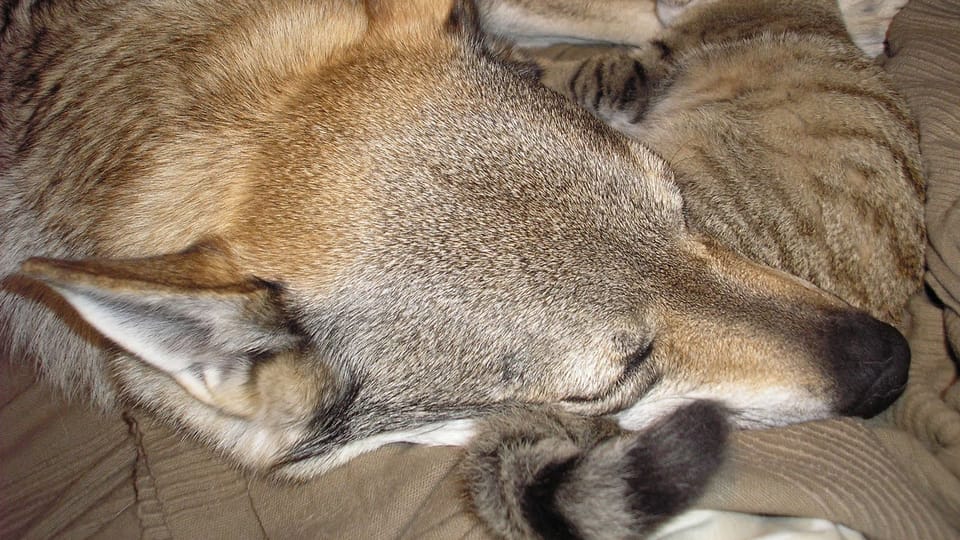 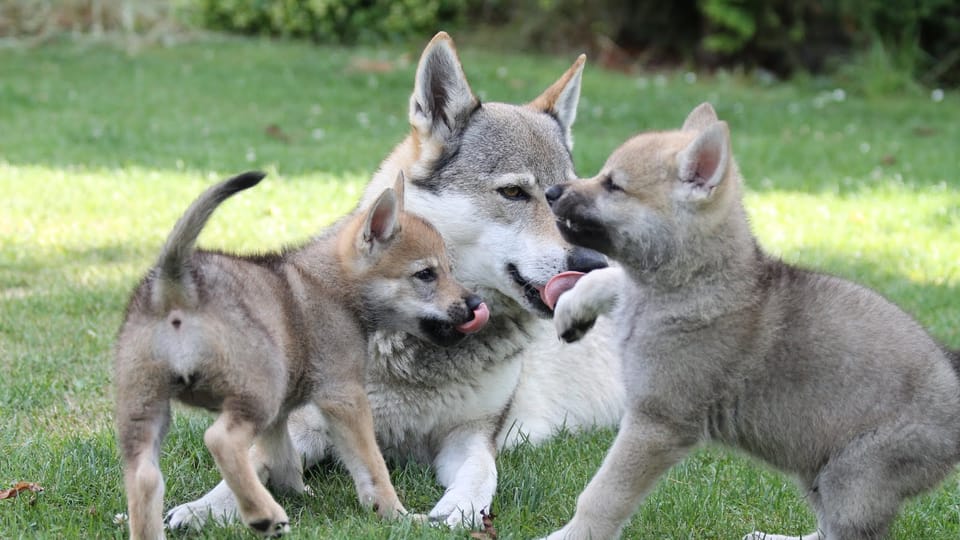 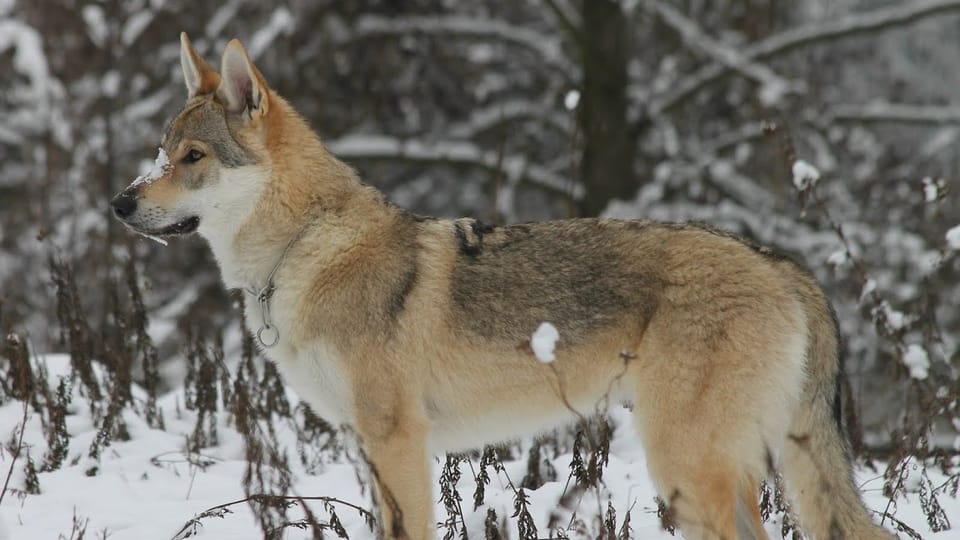 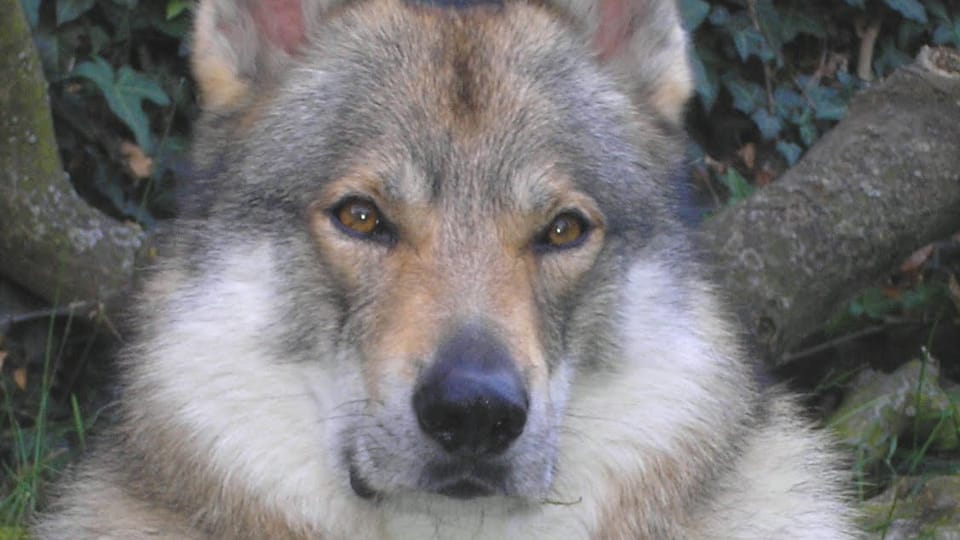 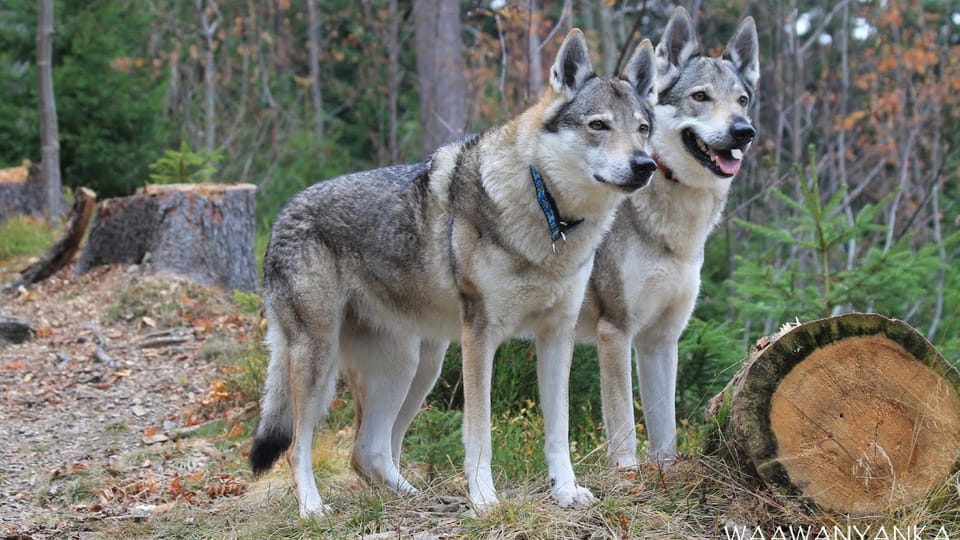 Due to its intelligence and independence, its training takes longer and is more specific than for other breeds. Michaela van Erne elaborates further on how to train a wolfdog.

“Training a wolfdog means one step forward and two steps back. So I recommend basic obedience training in a training ground where there is either a more individualized approach, or where the trainers have experience with the breed.”

The Czechoslovakian Wolfdog is 60-70 cm at the withers, but there is a significant difference between males and females – the average height for males is 69 cm and only 63 cm for females.

There are an estimated 1,500 – 2,000 wolfdogs in Czechia, with approximately 178 breeding males and 181 breeding females. The dogs are bred throughout Europe and are especially popular in Italy, with even more puppies being registered there each year than in Czechia. According to the Czechoslovakian Vlcak Club of America, there were about 200 of the breed living in the US as of 2018.