First opened in 1902, Prague’s Café Louvre was in its early years the haunt of such luminaries as Einstein and Kafka. Today Louvre still boasts a certain old world atmosphere – and may well be the classic Prague café that it is most frequented by locals.

Café Louvre is a grand but lively spot on the downtown Prague boulevard Národní. Despite many changes over the decades, visitors can still get a sense of what it may have been like when it first opened its doors at the start of the 20th century.

To learn about the elegant establishment’s history, we spoke to Sylvio Spohr, Louvre’s owner for the last 25 years.

“The original owner had this building, the Louvre Palace, built in 1902. It’s actually a double building – it has two postal addresses, no. 20 and no. 22. While many people might assume little happened here until 1948, this café underwent many changes. Not just changes of ownership – the design and décor also changed several times.”

Possible witnesses to those transformations were a number of illustrious names.

Karel Čapek was a regular, as were German language writers such as Franz Kafka, his pal Max Brod, Otto Pick and Franz Werfel. Einstein used to visit when he was lecturing in Prague prior to WWI.

Café Louvre was nationalised by the Communists in 1948 and when Sylvio Spohr took possession of it in 1992 it was in poor shape. The floors had been destroyed and there was strip lighting on the ceiling. 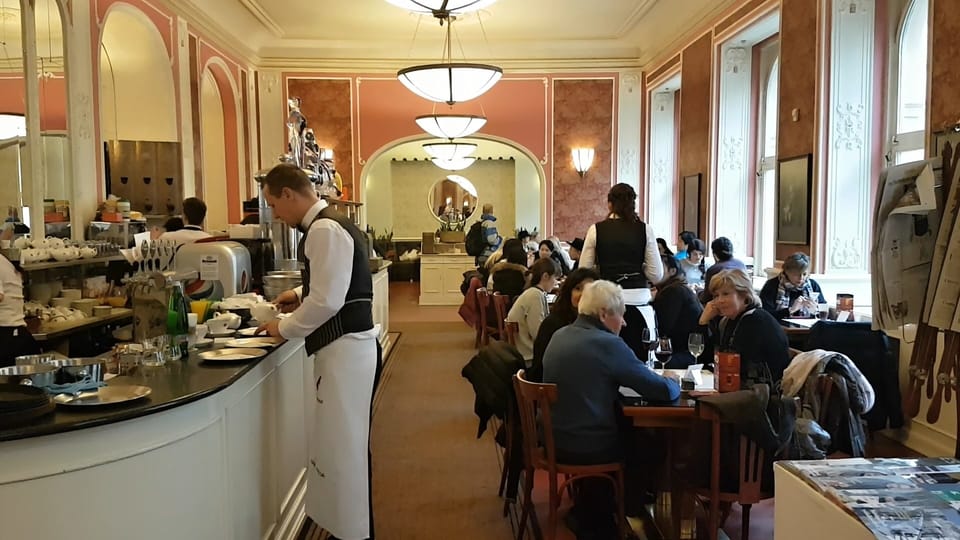 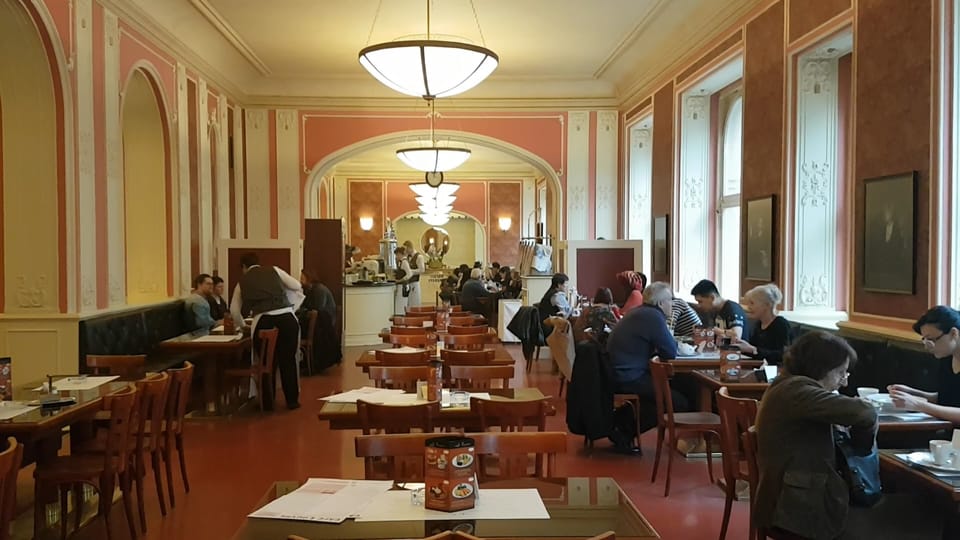 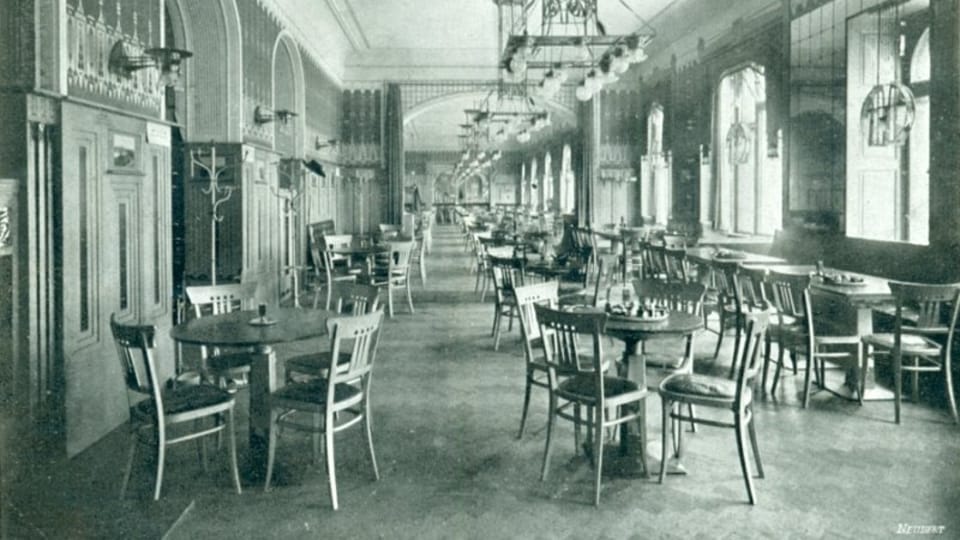 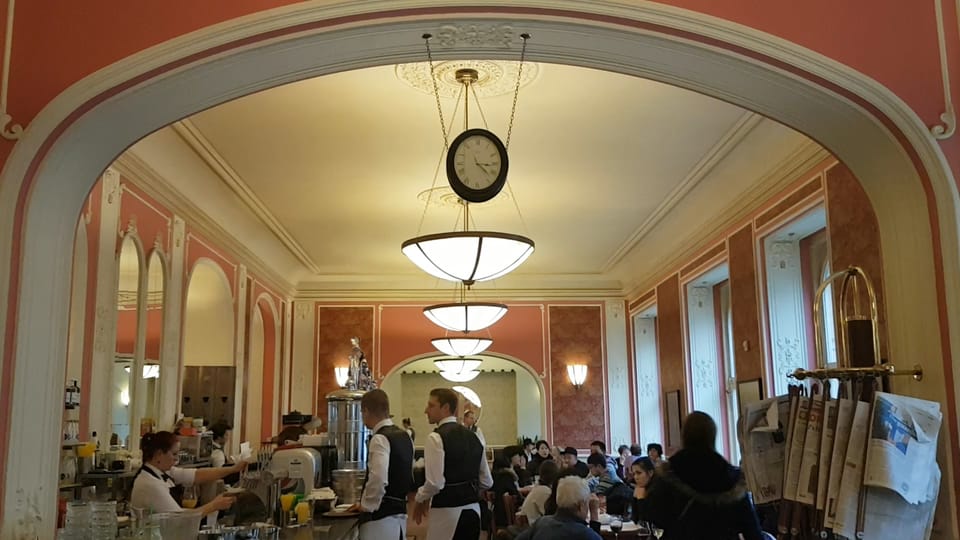 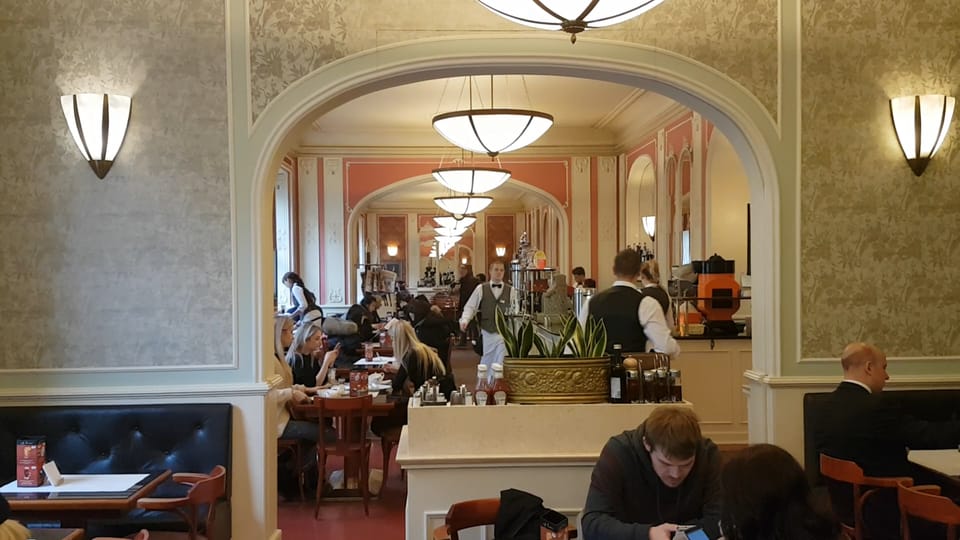 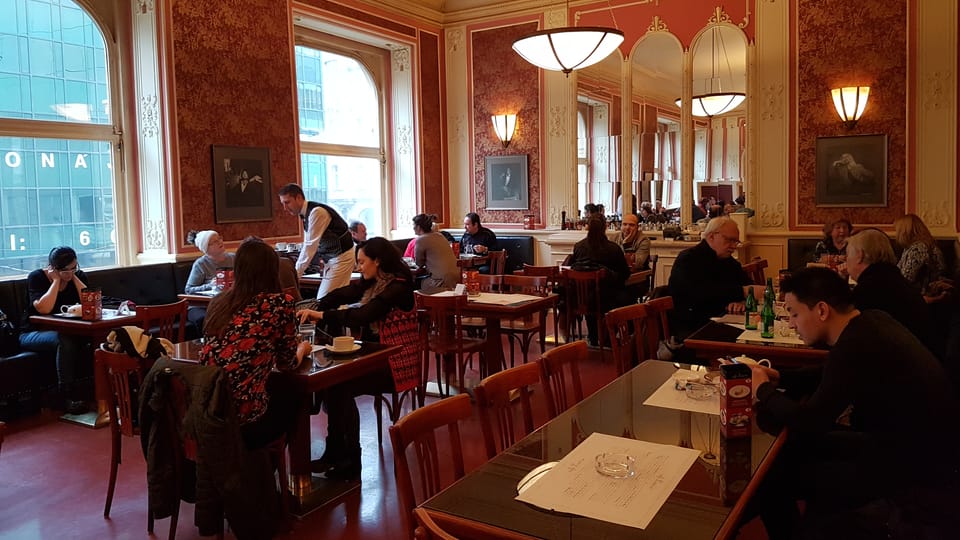 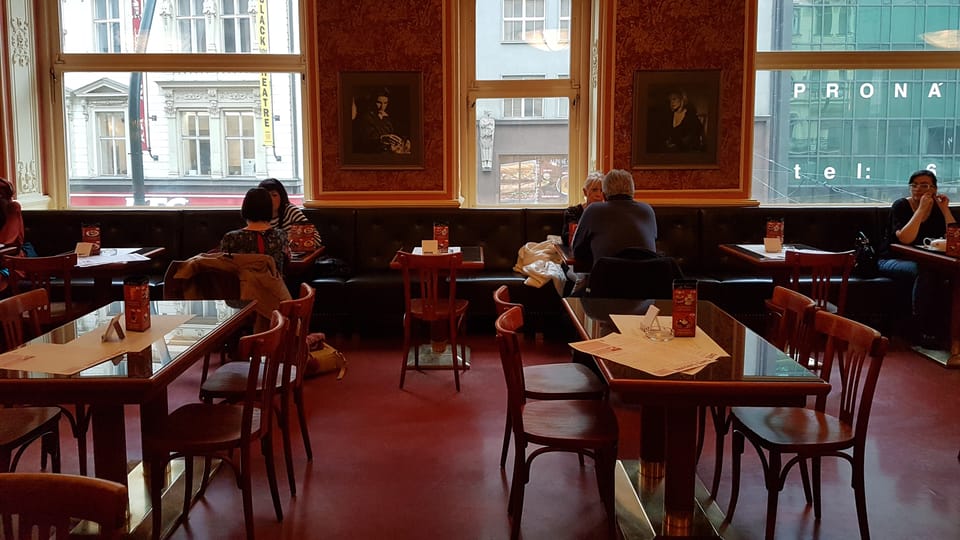 Unlike Prague’s other grand cafés, Louvre is not at street level but on the first floor. Mr. Spohr said this didn’t put him off.

“I had some concerns. But I felt that it had a spirit of the past. I knew it would be a long, slow start, but I felt we’d get there in the end. Some people around me were skeptical, because it’s very unusual for a café to be on the first floor. They were afraid nobody would actually come.”

But come they have, and it is not at all unusual to see well-known names from the Czech arts scene and public life at Louvre’s wooden tables.

And, perhaps because it isn’t at street level, the café’s clientele is still predominantly Czech, despite it being only a few minutes from the bottom of Wenceslas Square.

“I think we’re in the lead, we’ve got a better score in that regard. If you look around now, you’ll see the vast majority are Czechs. Of course, there are periods – at weekends, at Easter, in the summer – when there are more tourists. Then they predominate, or it’s at least 50:50. But for most of the year, Czechs are in the majority.”

Café Louvre doesn’t have Wi-Fi and any changes it does make today are gradual, says Mr. Spohr.

“In many cases if you come back after 10 years you can still order the same cake. And a lot of the dishes on our menu have been there for a long time. Yes, we do make some improvements. But our approach is very, very conservative. That could be one reason for our success.”