There are many places in US where you will find Bohemian cemeteries, established wherever Czechs settled in the country. The Bohemian National Cemetery in Chicago was formed in 1877 and, with its 120 acres it is one of the largest. Chuck Michalek, Bohemian National Cemetery Association board member and delegate, took Radio Prague’s editor-in-chief Klára Stejskalová through the grounds and began by explaining how the cemetery was established. 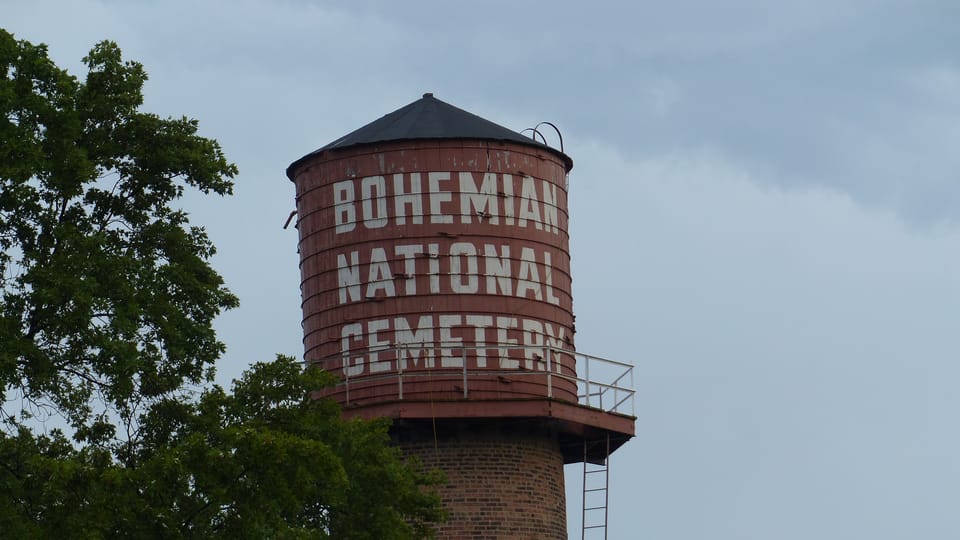 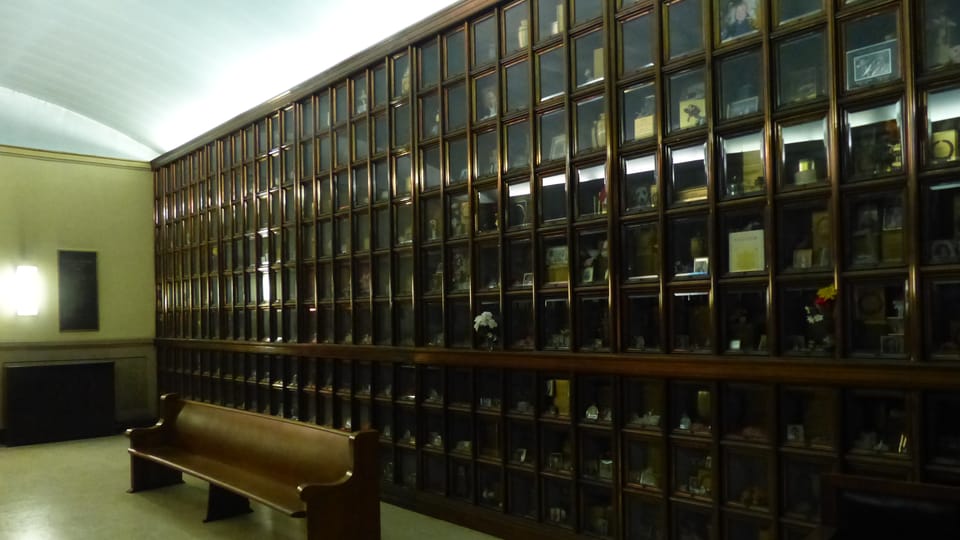 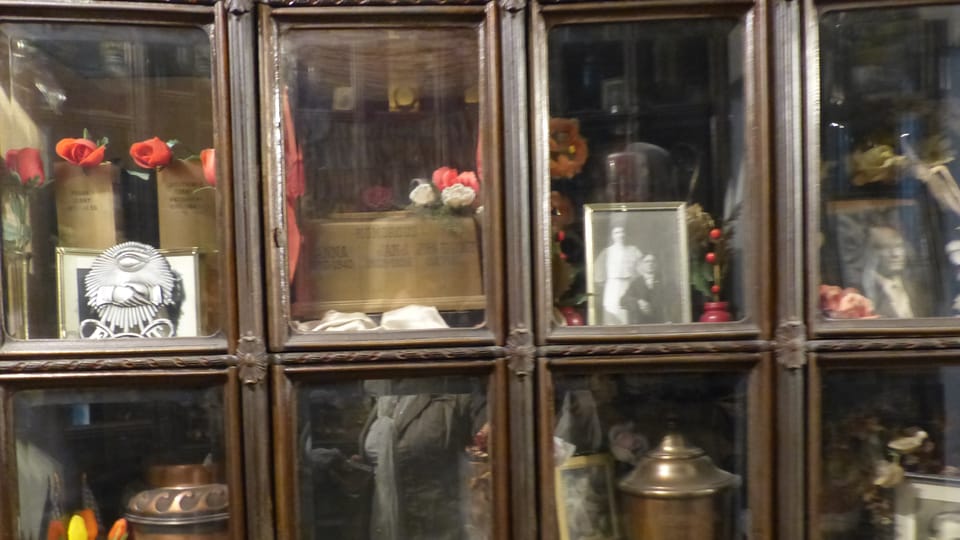 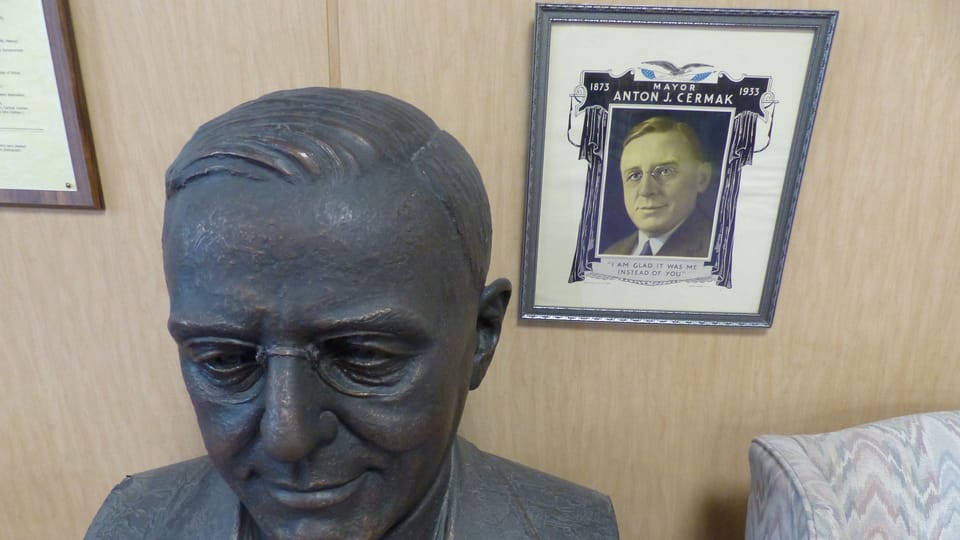 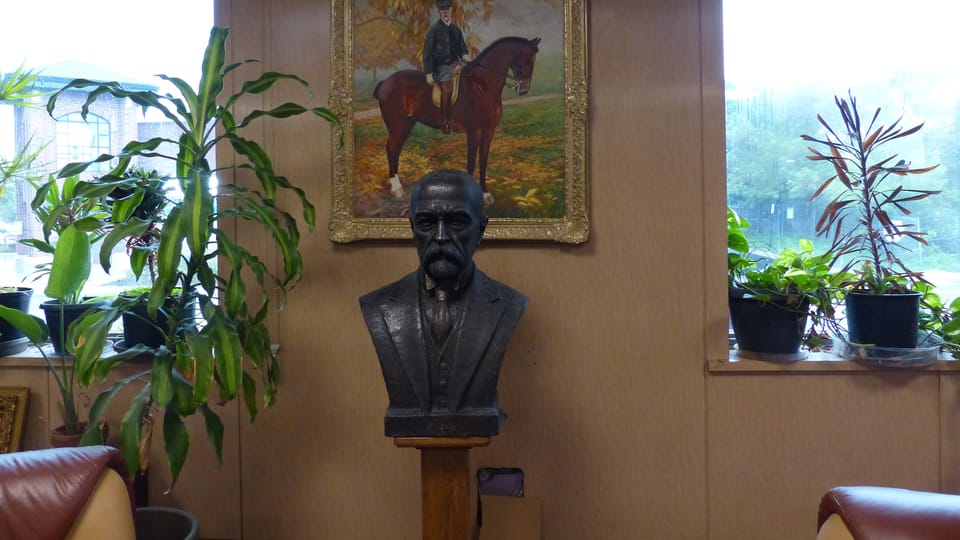 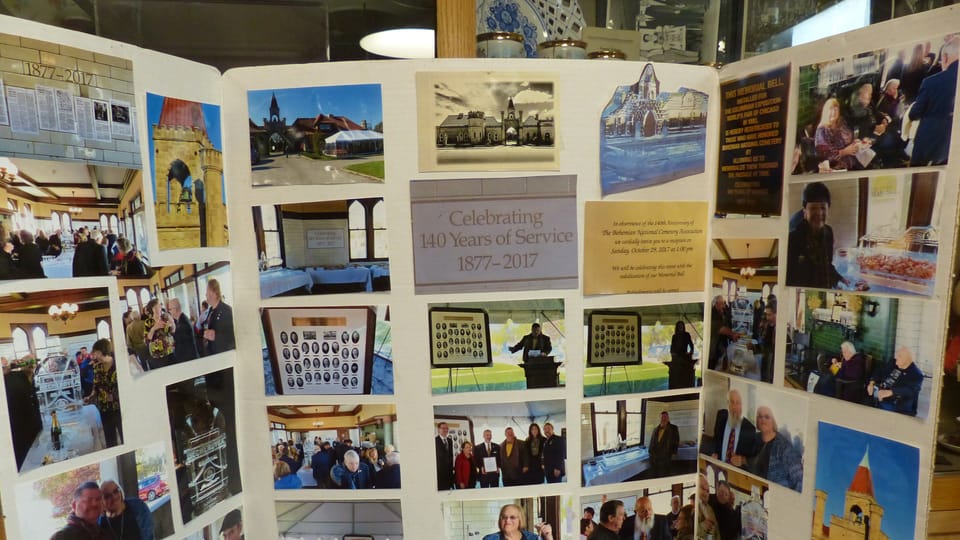 “It was formed partly due to the belief of Czech immigrants, who were escaping from the very authoritarian Austria-Hungarian Empire, and who came to America seeking freedom. Part of their desire to express their free thinking was the initiative to have their own cemetery, one where people of all religions could be buried. It was also originally started because a young Czech woman wanted to be buried in a Catholic cemetery but the priest at St. Albert’s Catholic Cemetery denied her burial rights because she had not made her last confession. That angered many of the Czechs, who wanted to have the right to be buried, whether they were Protestant or of any other religion. Even today we have members of several different religious and ethnic groups come here (to the Bohemian National Cemetery). So, the cemetery got started in 1877, when the land, which was farmland at the time, was purchased. Many of the Czech organizations and ethnic groups developing at the time were quite free-thinking, they were often founded around Sokol, which was very important.

Chuck Michalek, Klára Stejskalová, photo: archive of Klára Stejskalová
“On our wall here you can see a picture of the delegates from all the Czech organizations, as the Cemetery was a non-profit organization, started by the Czechs and their respective organizations. Many of their representing members were lawyers, bankers or businessmen and they wanted not only to have a free open space but also to be charitable. So instead of going to individuals, the money that was made was turned over to the Bohemian Old People’s Home and Orphanage, or it was used to help poor people that did not have money to be buried, or it went to Czech schools. It was quite a benevolent and charitable group of people that started this Cemetery in 1877.

“Since 1877 we have had over 120 000 people – mostly Czechs, Moravians, Slovaks, also some Polish and different ethnic groups – come here. If you drive through the cemetery, you will probably see as many Czech names as there are in the Prague telephone book, because there are that many Czechs buried here.”

There are several war memorials on the grounds of the Bohemian National Cemetery, honoring the Czech-Americans killed in the American Civil War, Spanish American War, World War I, and World War II. Notable interments include the former mayor of Chicago Anton Cermak, who served in office from 1931 to 1933. He was assassinated while meeting with President Franklin D. Roosevelt in Florida. And there is also a mausoleum to the Masaryk family established in 1959. Chuck Michalek points out their tombstones.

“We also have the family mausoleum of Antonín Čermák, who was born in Kladno. He is probably one of the most famous Czechs buried here, thousands of people came to the Memorial Day service that was dedicated to him, including President Franklin Delano Roosevelt and his wife. We also have Alice Masaryk, who was cremated and buried here, although her ashes were taken back to the Masaryk home at Lány after the communists were ousted from power. But we do still have a small niche with her name on it. There are many other important Czechs buried here, but it is also a place where the common man or woman was buried, a place that was open to all.” 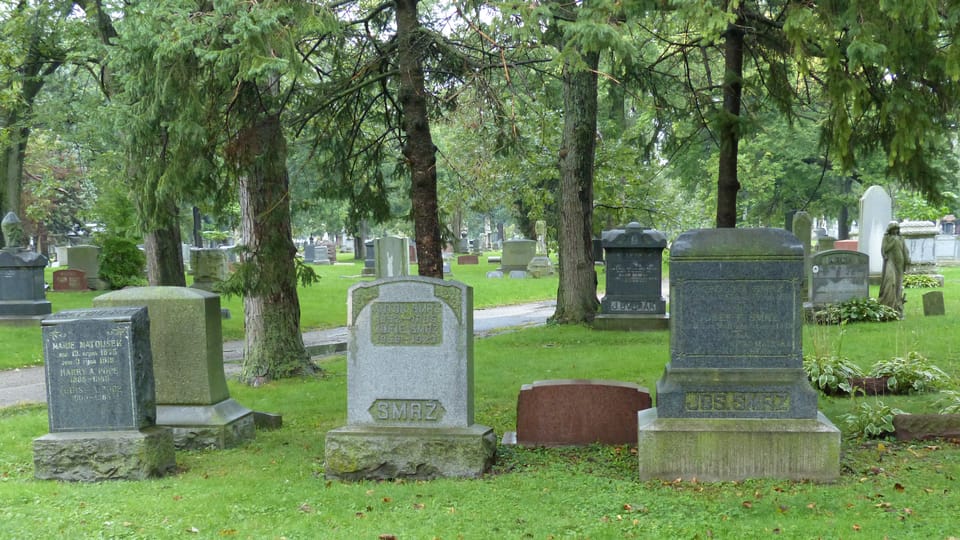 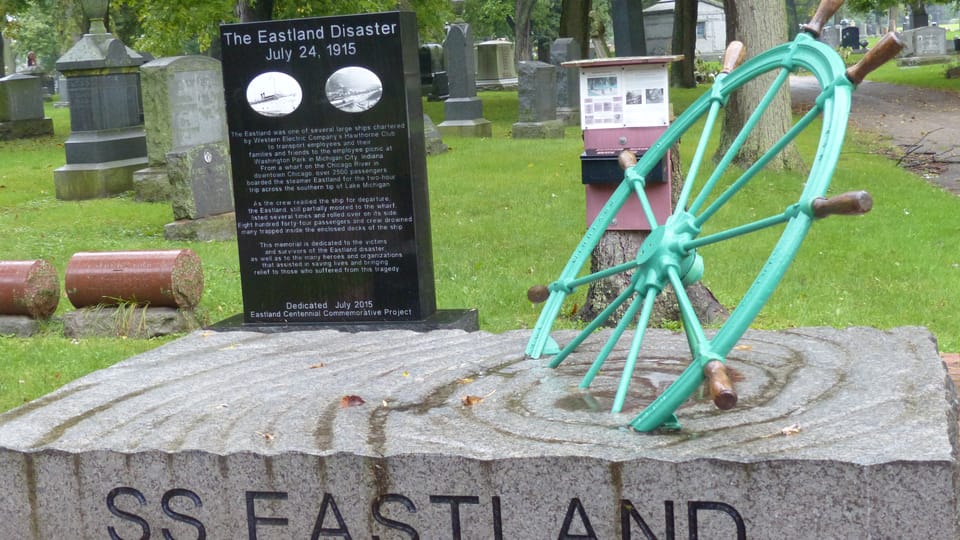 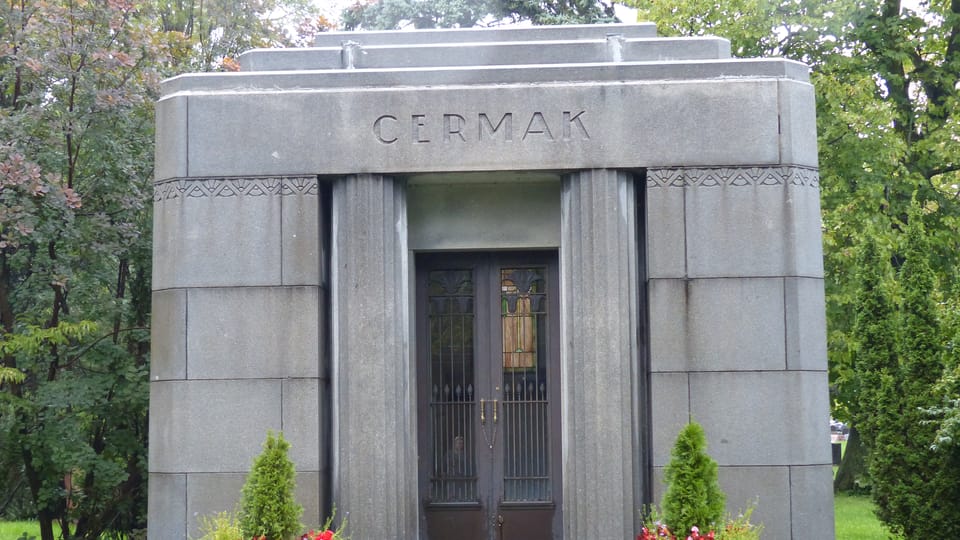 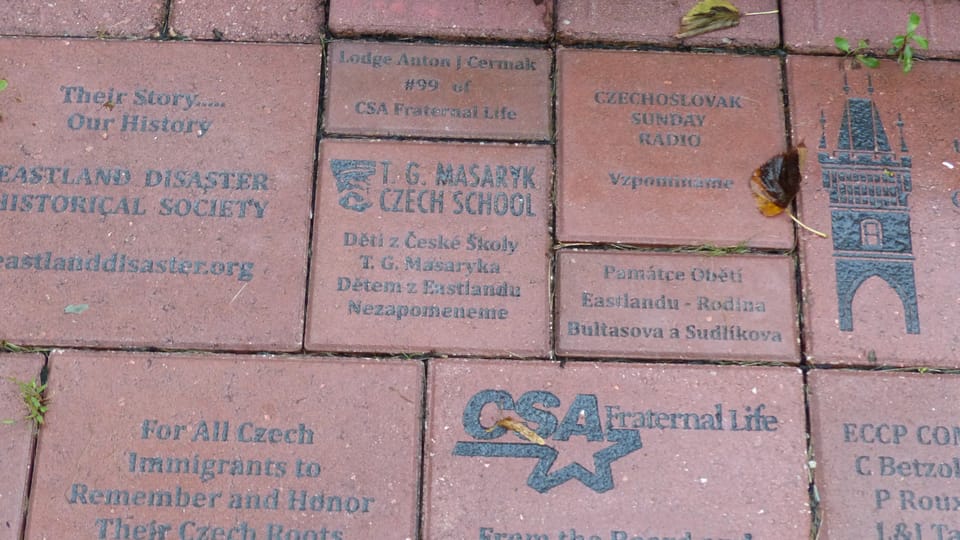 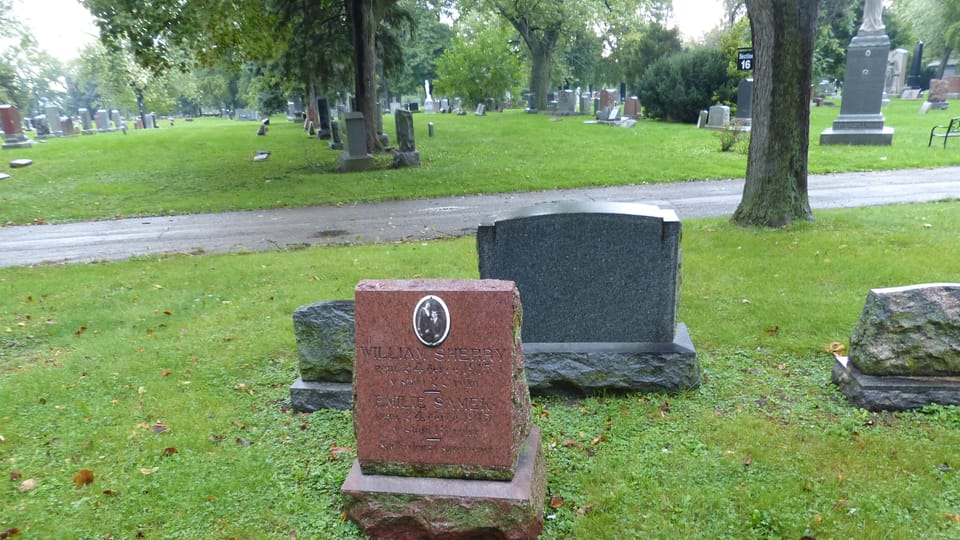 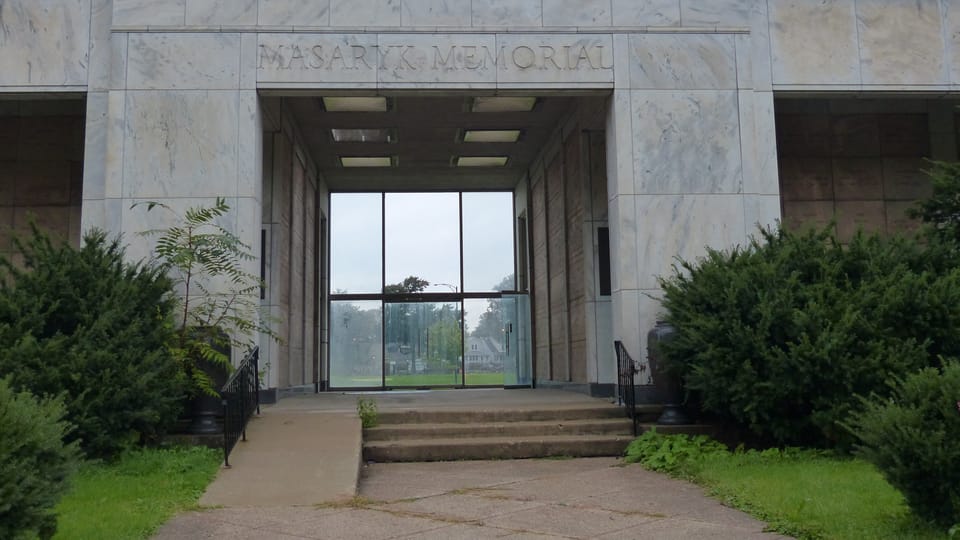 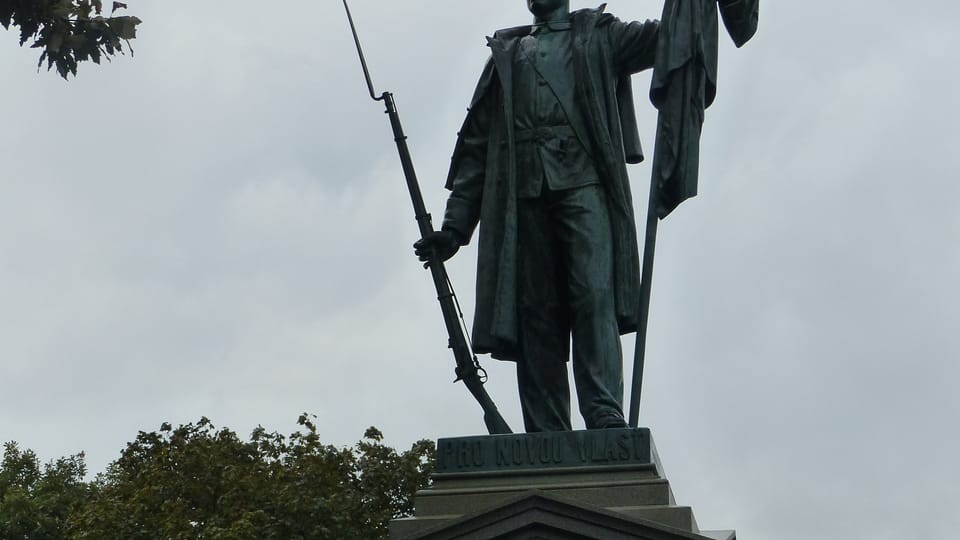 Chuck's own predecessors are buried here as well. He remembers that it took a while for him to begin to appreciate the cemetery’s historic value for the Czech community in Chicago and the deeply-rooted Czech tradition of visiting the graves of departed family members, not only on All Souls’ Day.

“Yes, when I retired from juvenile court, I started to volunteer here, partly because when I was a little boy, I would be dragged here. My parents would be at my grandparent’s house for Sunday knedlíky with vepřový and zelí (pork, sauerkraut and dumplings). And my grandmother would say: “What shall we do? Let’s go for a visit to the cemetery.” And that was not a joyful thing for me and my brothers, but over time I have come to appreciate the cemetery because it represents the lives and sort of the foundation of not only the Czech community, but of the building of Chicago. You have people here that were politicians, bankers, doctors, lawyers, important businessmen, my father – who was a brewer at the Atlas Prager Brewing Company, which was started by a Czech person named Vopicka. And we have common laborers here; the bricklayers, the plumbers. It really is a strong representation of the people and communities that helped build Chicago, at the time when the Czech community was one of the strongest in the city.”

Photo: Klára Stejskalová
Chuck Michalek is a third -generation immigrant. His grandparents on both his mother’s and father’s side were born in Czechoslovakia and came to Chicago where Chuck’s parents were born. Chuck says his parents still spoke Czech because they were raised in a Czech part of Chicago, where the bankers, butchers, fruit-vendors and the neighbours all spoke Czech, but his own parents stopped speaking Czech to him and his siblings when they were small for fear it would hurt their English. Other families have a similar history. Chuck says that while many Czech traditions are maintained, the days when the cemetery was an important part of the community’s identity and social life are pretty much over.

“In fact, the local delegates conducted their meetings all in Czech until as recently as the 1960s, all the books about our history are written in the Czech language. So, the Czech heritage and culture really is a part of our roots here. We used to have big celebrations, which were attended by thousands of people, who came to the events by streetcar. This was in the time before television, it was like an activity to remember relatives and loved ones, but they would also have music and a parade with horses and people dressed in “kroj” going from the Bohemian Old People’s Home just down the block. It was quite a celebration, not like your typical cemetery. There were a lot of activities and that is, unfortunately, quieting down now, because not as many people visit the cemetery. The young people do not necessarily have the interest in holding community events that the old Czechs had.”

Chuck Michalek says that despite the fact that fewer young people have this bond with the cemetery today he wants to help preserve it for future generations of Czech-Americans.