Black death: Prague’s Jewish Ghetto and the plague of 1713

Black death: Prague’s Jewish Ghetto and the plague of 1713

For the past few years, the American historian Joshua Teplitsky has been collecting materials to write a microhistory of an early 18th century outbreak of plague in Prague, focusing on the city’s large Jewish population. Suddenly, he found himself writing in the midst of a coronavirus outbreak – a “surreal” experience that has sharpened his focus on reconstructing “the quotidian, communal, and cultural aspects” of life under the shadow of death, and “the emotional foreboding that precedes the crest of an epidemic.”

When plague ravaged Prague in 1713, Christian authorities designed drastic measures to limit its spread, many of which targeted the Jewish ghetto. Historian Joshua Teplitsky has traced how the plague led to Jewish collective action, rabbinic and Talmudic responsa, and Yiddish memorialisation – and how people of different faiths supported each other, sometimes going against orders from local authorities, and imperial ones, in Vienna.

Teplitsky’s first book told the story of how “insatiable bibliophile” David Oppenheim, a chief rabbi of Prague who survived the plague by fleeing, amassed an unparalleled collection of thousands of Jewish books and manuscripts, today housed at the University of Oxford. It was while researching Oppenheim at the Czech National Archives that he stumbled upon on “boxes and boxes” of material on the plague and became fascinated with the Prague of that era.

“My family is not actually of Czech descent even though I carry the surname Teplitsky, which of course is a welcoming surname to have when I visit the archives in Prague and the Czech Republic more generally. I was drawn not by any personal connection but rather by how fascinated I was by the city of Prague itself, which has preserved so much of its mediaeval and early modern buildings. Walking through the city, one can get a feel of what life must have been like in the 17th and 18th centuries.

“And, similarly, the archival holdings of Prague are rich and offer a reconstruction of Jewish life that in many ways is unparalleled on the European continent. And so I was drawn to the city not out of personal biography but rather out of intense curiosity for what the archives and the treasures of the city – textual, material, architectural – can offer us for the reconstruction of lives past.

“A discovery I made in about 2013 was this record book of [Jewish] women’s inventories in the wake of the plague. It immediately seized my excitement. It’s so hard to recover women’s history especially for the pre-modern period. And I was fascinated by the fact that we saw so many of these women in action during this time – coming to court, working to retain their possessions. That drove me to try to understand and figure out the larger context.

“So, I visited Prague and made a request in the National Archive to see documents from the plague year, and they brought me box after box after box. I thought I’d just be looking at them to see what was happening in the city more generally, but from virtually the very first pages of these documents, the Jewish experience was reflected there.

“It became clear to me that the experience of Jews and the Jewish quarter were central to understanding the entire plague outbreak of that year. I thought it would be interesting – and I do hope it will be interesting – to reconstruct just six months in the life of this city during this plague so we can understand the individuals, their options and the choices they made during this time. This is a book that I’m writing as fast as I can right now.”

Quarantine in the Prague Ghetto, Lecture by Joshua Teplitsky

Jews and Christians in Early Modern Death and Life

Joshua Teplitsky was speaking following an online lecture titled Quarantine in the Jewish Ghetto: Jews and Christians in Early Modern Death and Life, organised by the Society for the History of Czechoslovak Jews, based in New York, with the support of the Bohemian Benevolent & Literary Association.

In the lecture, he explored how municipal policies often differentiated between the Jewish quarter and the rest of Prague; and how Jews produced their own responses, in song, prayer, and law. Through these aspects, he weaves a tapestry of structures and rhythms of daily and Jewish communal life.

Teplitsky found that the Hapsburgs did not work to protect the Jewish quarter but rather   others from the outbreak within it. Jews with the means to flee Prague were prohibited from storing their goods with Christian neighbours, but many did so anyway. At the same time, imperial officials in Vienna sent letters ordering neighbouring Bohemian villages to allow Jews entry and safe passage – or to shelter in them, after a period of quarantine under open skies.

In the plague year of 1713, Prague had more than 11,500 Jewish residents, more than a quarter of the city’s total population, most living in the cramped, walled-in Jewish quarter, which imperial authorities ordered boarded up within weeks of the plague claiming its first victims that July.

When Teplitsky first set out to research the book, he was especially interested in how authorities dealt with Jews and how their communities governed themselves. But with the onset of the coronavirus pandemic, Teplitsky says, he became far more attuned to the experience of being quarantined, being confined to one’s home, noting that when a plague story opens, it’s usually about the first house to be struck.

“In some ways, it really mirrors the stay-at-home orders that many of us, depending upon the part of the world we are in, are experiencing in our own time. And people were sealed inside as a way of quarantining people in the hope or expectations – however macabre they were – that in sealing people away, at least everybody else would be spared this fate.

“Sometimes people were actively removed from the city, taken to plague hospitals where the sick were all quarantined together. And the Hapsburg imperial documents are very involved in setting those up. There were between six and eight in different parts of Prague, and Jews were certainly in those as well. But at a certain point, when those were overwhelmed, people were sealed in their houses to segregate or keep the sick and infirmed away from everyone else.”

Teplitsky found that special prayers for halting plague were recited, such as the Seder Pitum ha-Ketoret or Psalm 91, written by Moses, which became part of the daily liturgy, as did lighting incense to help ward off pestilence, like the ancient Israelites had done.

New prayers were also written, printed and distributed, some commissioned by the chief rabbi, David Oppenheim. Markets and synagogues closed, so sermons were delivered on the streets to people listening from their windows. Many took part in days of repentance and fasting.

Jewish elders coordinated the medical response, tried to recruit barber-doctors, midwives, and raise taxes for the effort, while the wealthiest among them who lived outside the Jewish Quarter lobbied the authorities for help. Poems and songs from 1713 note that “many Jews received the favour of the authorities,” who took them under their protection.

Still, although plague hospitals were built in three Prague neighbourhoods, none were built in the Jewish ghetto – that was left to the community – though they did regulate how bodies were to be disposed of: corpses were taken by boat down the Vltava River to be buried outside of Prague. By the time the plague receded, in 1714, a third of Prague’s total population was lost.

“The Jewish Museum in Prague is a fascinating, wonderful institution and in many ways the first of its kind … It was founded in the late 19th century and was an early Jewish historical society, dedicated to the preservation, enlivening and explanation of Jewish culture also to non-Jewish neighbours.

“And to a very large degree, the vast majority of collections there – through different heroic efforts – managed to survive the war and are vital, vital sources for the reconstruction of Jewish life and, dare I say, for Prague and Czech life beyond just the Jews, for understanding the totality of the city’s experience.”

Mars, Saturn and the Sabbath 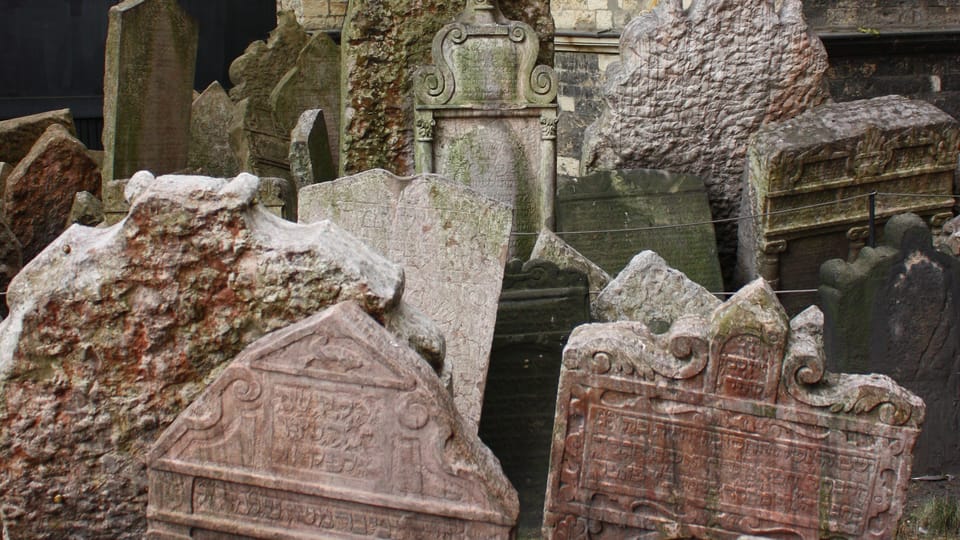 Teplitsky was struck by how largely both the idea and reality of Jews featured in the story of the 1713 plague and became interested in the larger history of Jews and disease. Often, attempts by authorities across Europe to limit mobility focused on Jews – to seal up Jewish ghettos, whether in Prague, Padua or Crete – sometimes literally nailing them shut and giving keys to the community to just one person, like a chief rabbi.

But he decided to write a book specifically about 1713 because of the wealth of material scattered in archives around the world. Throughout the ages, Teplitsky notes – as today with the coronavirus pandemic – responses were haphazard, and people’s socio-economic standing determined their options. The first instinct was to flee the cities, from the bad air that many people of that era believed upset one’s inner balance – the so-called “four humours”.

“It was believed that bodies gave off foul odours, and these were responsible for creating noxious or toxic air, and so [putting lye on plague victims’ corpses] was seen as a public health measure in order to accelerate the decomposition of bodies even more quickly. I should also note that at the same time there were other beliefs that particular astrological seasons were important – astrological configurations of signs.

“Certainly, when the Black Death struck in 1348, a number of medical textbooks and treatises were written that argued it was the particular configuration of the planets Mars and Saturn that caused this ailment. I think that is also interesting for our story in that Jews had long been associated with the planet Saturn, with their Sabbath – in their Saturday-oriented activities were associated with Saturn, which presides over the seventh day. There’s really a long history of Jews and epidemics to be built into that history as well.”

Joshua Teplitsky is an associate professor of history at Stony Brook University. He specializes in the history of the Jews in Europe in the early modern period, Jewish-Christian interaction, material culture, and the study of books and media. His current work explores public health, Jewish life, and epidemics.