The Jewish Quarter, also known as Josefov, is one of the most popular tourist destinations in Prague, located between the Old Town Square and the Vltava River. A Jewish ghetto was established here in the 12th century. At the turn of the 19th century, a large part of the ghetto was demolished. Fortunately, most of the significant buildings were saved from destruction and today, they represent the best preserved complex of historical Jewish monuments in Europe.

Jakub Šváb, a long-time member of the Jewish community and founder of the project Imperial Kosher Tours, kindly took me around the district. We started our walk on Pařížská Street, right next to the Old New Synagogue.

"Pařížská Street with Prague’s most luxurious stores was built on the ruins of the former ghetto. At the turn of the 19th century, the old Jewish quarter was almost completely torn down, with the exception of six synagogues, the building of the Jewish Town Hall and most of the Jewish cemetery. An entirely new Art Nouveau neighbourhood was built on top of that."

Since much of Josefov used to be frequently flooded by the Vltava River, the terrain of the newly built neighbourhood was raised by about two meters. As a result the Old New Synagogue stands below the level of Pařížská, and there is a staircase leading to its entrance.

The small building with a high saddle roof and late-Gothic brick gables was initially called the New Synagogue, because the Old Synagogue was already in existence on Dušní Street. When new synagogues were constructed at the end of the 16th century, the Old New Synagogue got its current name.

"This year, the Old New Synagogue starts the celebration of its 750th anniversary. I say starts, because the exact date of its construction is uncertain. It was built somewhere between 1270 and 1290 and it is considered to be the oldest constantly active synagogues outside Israel."

There are many legends tied to the Old New Synagogue, but the most famous one is the legend of Prague Golem, an artificial being made out of clay from the banks of the Vltava River.

Its creator was Rabbi Loew, an important 16th century Talmudic scholar, Jewish mystic, and philosopher who, for most of his life, served as a leading rabbi in Prague and Mikulov.

"There is a Cabalistic concept that the person who is faithful and learned enough to know the exact sequence of the 27 letters of God’s name can create a sort of a robot and make it alive by placing a parchment with this sequence into its head.

"This way, the robot receives the two lower stages of the human soul. It means the Golem can obey instructions and have unlimited energy, but it is not able to speak and think, because these attributes are attached to the third level of human soul.”

The Golem was supposed to protect the Jews against pogroms and help them with hard physical labour. Before the Shabbat, the Jewish day of rest, the Rabbi removed the parchment from its head to keep the Golem still. One day, however, he forgot to do so.

"In the traditional Jewish world, even today, Friday afternoon is the biggest rush. Everyone prepares for the Shabbat and tries to accomplish things that they were unable to do throughout the rest of the week. So it is very easy to forget something.

"The Rabbi forgot to remove the parchment and the energy concentrated in the Golem started to look for a way out. Since the Golem was not receiving any instructions, it started to set the ghetto on fire.”

"Here inside the Old New Synagogue, the Rabbi was approached by someone from the outside, who told him: Rabbi, the Golem is destroying the city. The Rabbi realized his mistake, interrupted the service, found the Golem and removed the parchment."

After some thinking, the Rabbi realised that it would be irresponsible to leave the Golem and its unbound energy in people’s hands. He decided not to bring it back to life again. Instead, after Shabbat, he hid the Golem to the attic of the Old New Synagogue.

"We are actually looking at the attic right now. The ladder on the wall is considered to be the only known access there. And up there the Golem is sleeping and waiting for the worst time in the history of Prague Jews to come down and to help again."

And what we can here right now is the bell on the Jewish Town Hall, which is another building that survived the clearance of the Jewish Ghetto. Can you tell us more about it?

"We are actually talking about two buildings that we can see from this point, the Jewish Town Hall and the High Synagogue closer to us. Both of them were built at the break of the 1500s and 1600s by Mordechai Maisel, who was the head of the Jewish community as well the court Jew of Rudolph II, the emperor of Austria.

Can we also mention the clock on the Jewish Town Hall? What’s interesting is that it actually goes counter-clock wise.

"There are actually two clocks. Up on the tower there is a regular clock, and we heard the bells ringing, and down here is a Hebrew clock, which is very specific, as you have mentioned, because it goes from the right to the left.

"It is not exactly known why it was made this way. The clock master probably though that if by the Jews, everything goes from the right to the left, it works for the clocks as well. We know it’s not true, but that’s the way it was done and it actually became one of Prague’s very specific and very famous Jewish sites.”

From the Jewish Town Hall Jakub Šváb takes me toward the Jewish cemetery. We pause in front of two buildings, which are housing permanent exhibitions of Prague’s Jewish Museum.

"The first one is the Klausen Synagogue, built in 1696. It’s the only Baroque synagogue in Prague preserved to this day. The other building, which looks very old but is actually not that old, is called the Ceremonial Hall of Prague’s Jewish Burial Society.

"The Neo-Romanesque building was built only at the beginning of the 20thcentury, while the cemetery has not been in use since 1787. At the very beginning, it served for ceremonial purposes of the society, but after a few years, when the society received a new building, it has become one of the first exhibition halls of the Jewish Museum."

Established in 1906, the Jewish Museum in Prague is in fact one of the oldest Jewish museums in Europe. At the core of its collection were items from synagogues that had been demolished as a result of the clearance of the Prague Jewish ghetto. During the war it became a safe haven for liturgical objects, books and documents from the defunct Jewish communities around the country.

"The Nazis decided to bring in Prague Jewish sacral objects from the whole of today’s Czech Republic. In order to make a catalogue of all the items, they used the structure and the people working in the Jewish Museum.

"After the war, most of the Jewish communities were not renewed and there was nowhere to return these objects. In 1950 the museum got nationalised and operated as a State Jewish Museum until it was turned into a corporation under control of the Federation of Jewish Communities and the Ministry of Culture in the 1990s."

Apart from the Klausen synagogue and the Ceremonial Hall, the Jewish Museum is also in charge of other buildings, including the Pinkas synagogue, the second oldest preserved synagogue in Prague, which today serves as a memorial to the nearly 80,000 Jewish victims of the Shoah from the Czech lands. It also administers the Old Jewish Cemetery, one of the oldest surviving Jewish burial grounds in the world.

"No one knows when it was exactly established but the earliest known gravestone dates back to 1439 and belongs to Rabi Avigdor Kara, who as a young man, was one of the witnesses of the cruellest pogroms against the Jews in the history of Prague, which took place in 1389.

"The cemetery was used until 1787, when the law came from the court of Joseph II, the emperor of Austria, which banned any future burials from the city centre."

The most important figures buried at the Old Jewish cemetery include the scholar and teacher Rabbi Loew and the Mayor of the Jewish Town Hall, Mordechai Maisel.

You can also see the tombstone of David Gans, a Renaissance scholar, historian, mathematicians and astronomer, who worked with Tycho Brahe, during the so-called Golden period of Jewish Prague, and many others.

Jakub Šváb says people interested in Jewish history should also venture outside the Jewish Quarter to pay a visit to the Spanish Synagogue, located near the city’s Main Train Station:

"You can find a very beautiful exhibition there about the Jewish life after the Second World War until now. According to my opinion, that is something that shouldn’t be forgotten: that Jewish Prague is not only history but also presence." 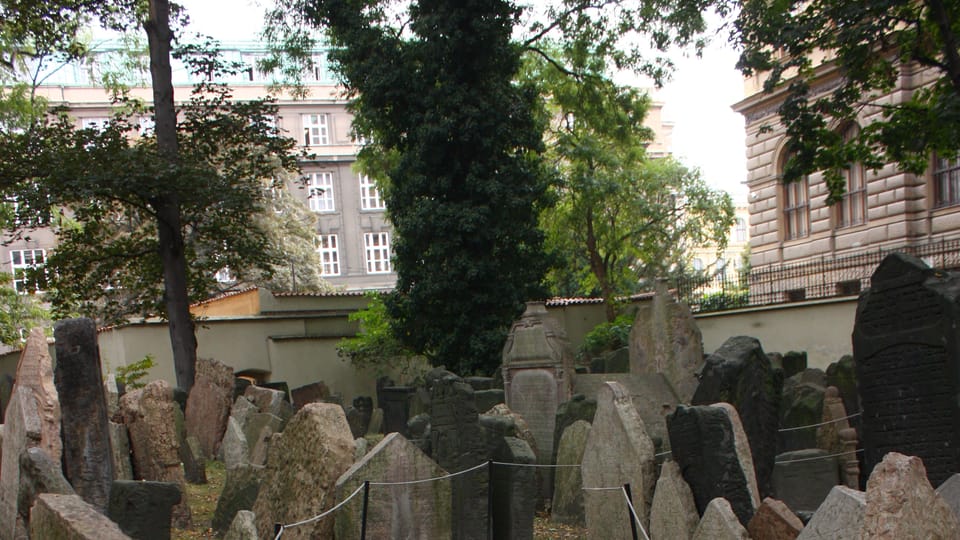 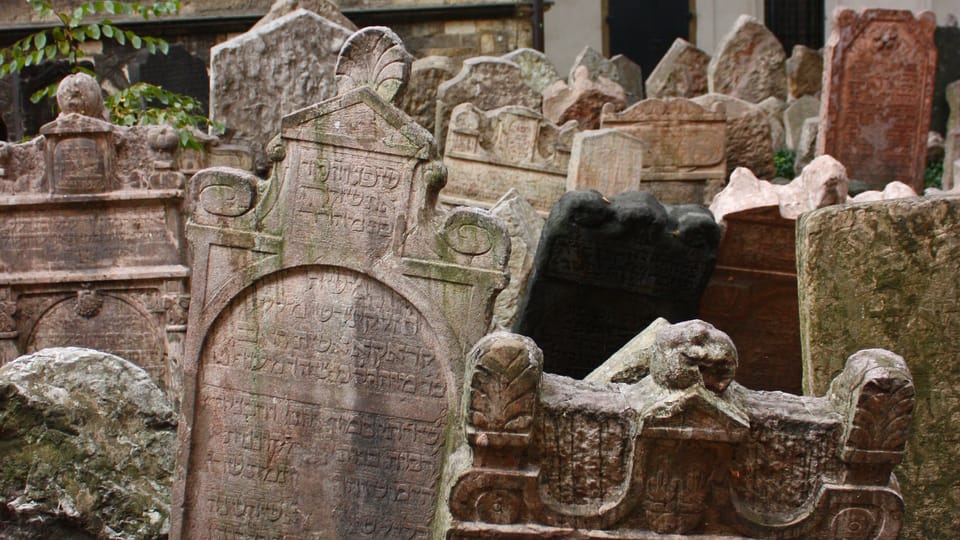 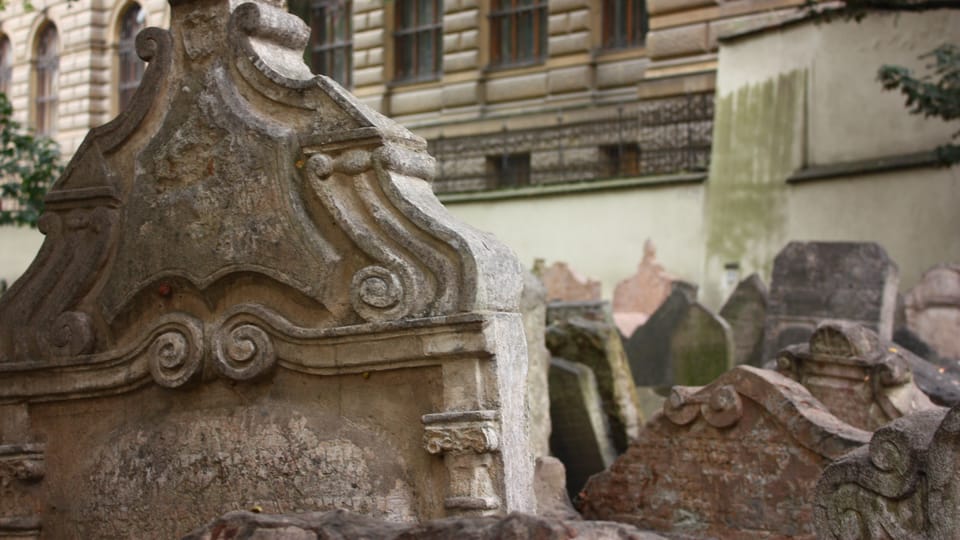 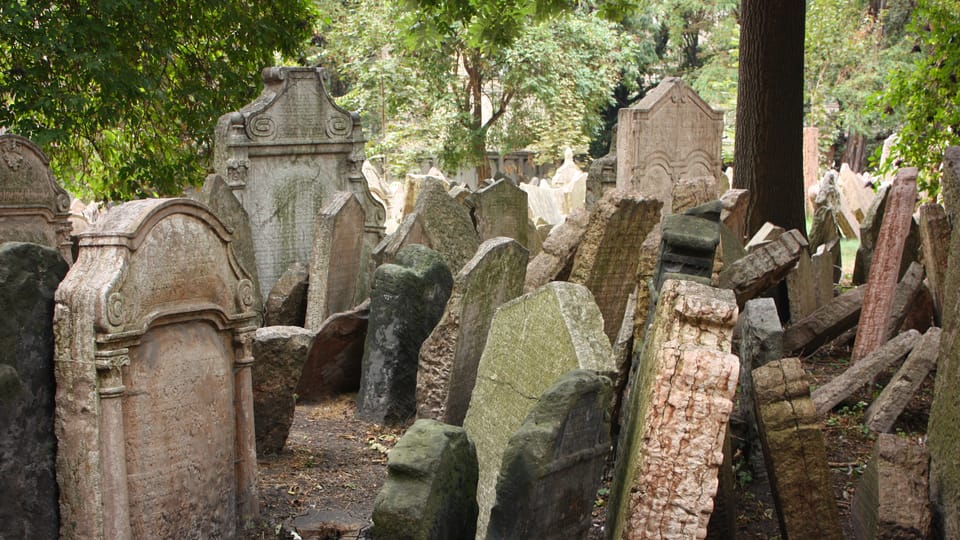 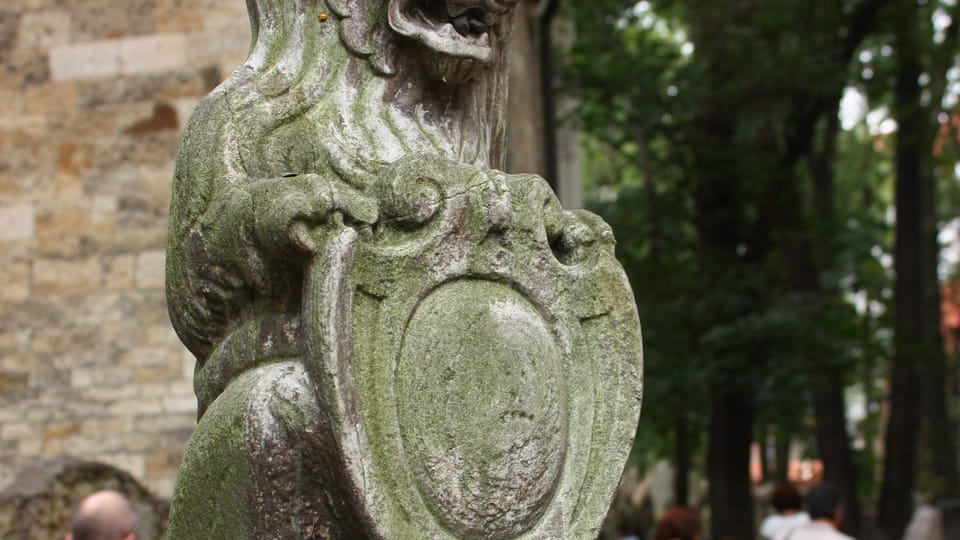 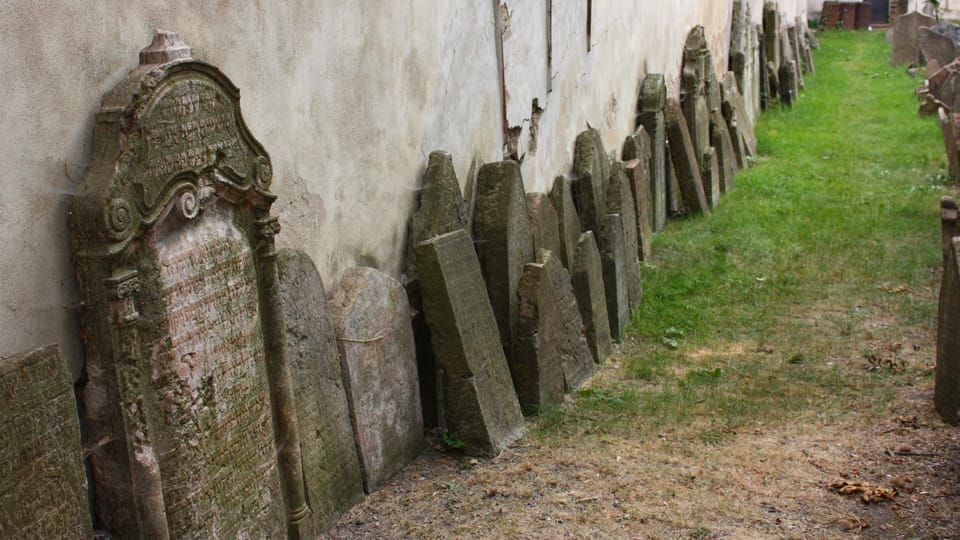 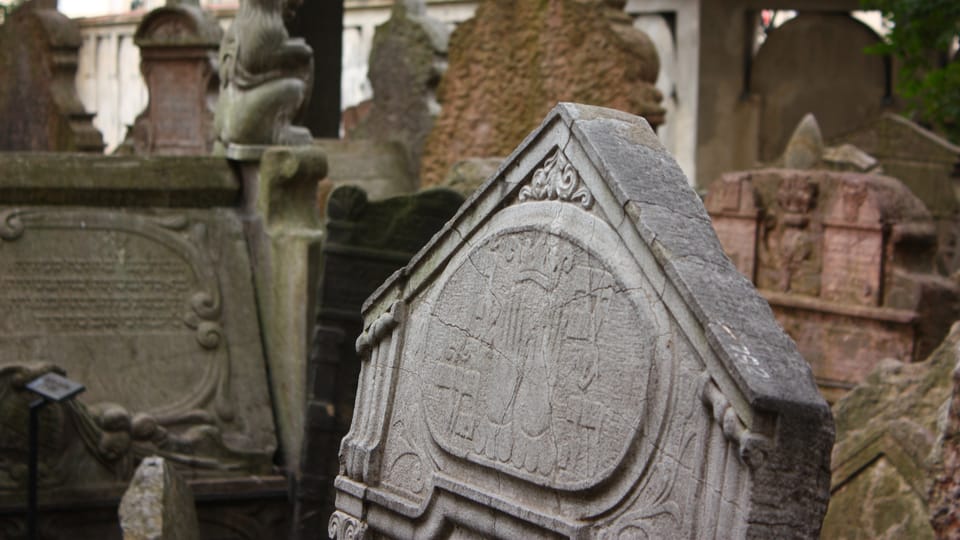