Biggest turnout in years for democracy celebrations on November 17

Thousands of Czechs came out to celebrate the return of democracy to the country 27 years ago and voice their stand on pressing public issues. Despite the strained atmosphere in the weeks leading up to the anniversary, fears of street violence failed to materialize and only minor skirmishes marked the biggest celebrations of the anniversary in years.

Photo: ČTK
Is there need to fear for democracy in the Czech Republic and has the country abandoned the ideals of the Velvet Revolution? Those questions had been hanging in the air for weeks and very likely triggered the biggest public turnout on November 17th in years. People streamed to key sites linked to the Velvet Revolution to reflect on the events of 1989, light a candle and lay flowers and many spent the day in the city centre for the Festival of Freedom celebrations that included a street party on Národní St., theatre performances, readings from Vaclav Havel’ s plays and an allegorical procession poking fun at populist leaders.

At a commemorative gathering at Albertov, students and academics were openly critical of the policies of President Zeman. In a joint proclamation they expressed support for the values of liberal democracy and removing barriers among nations. 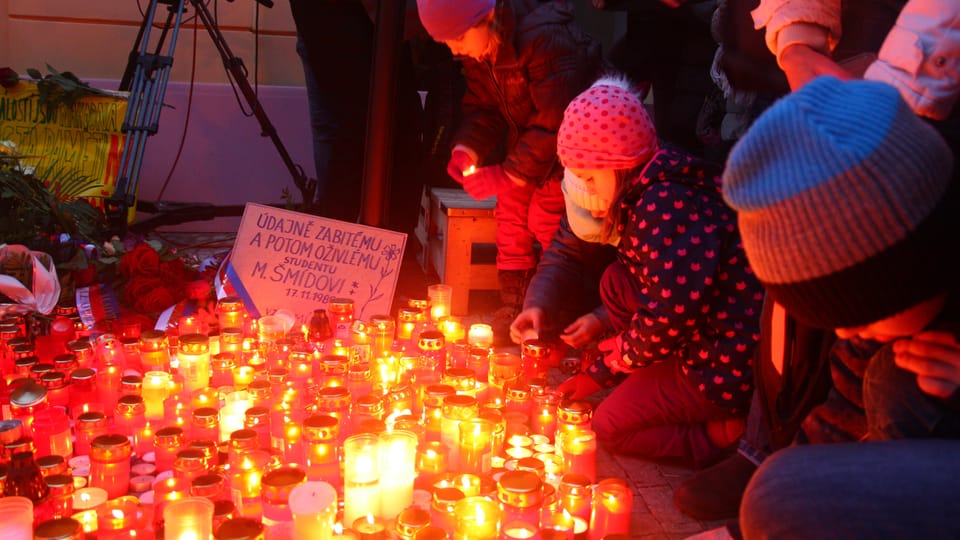 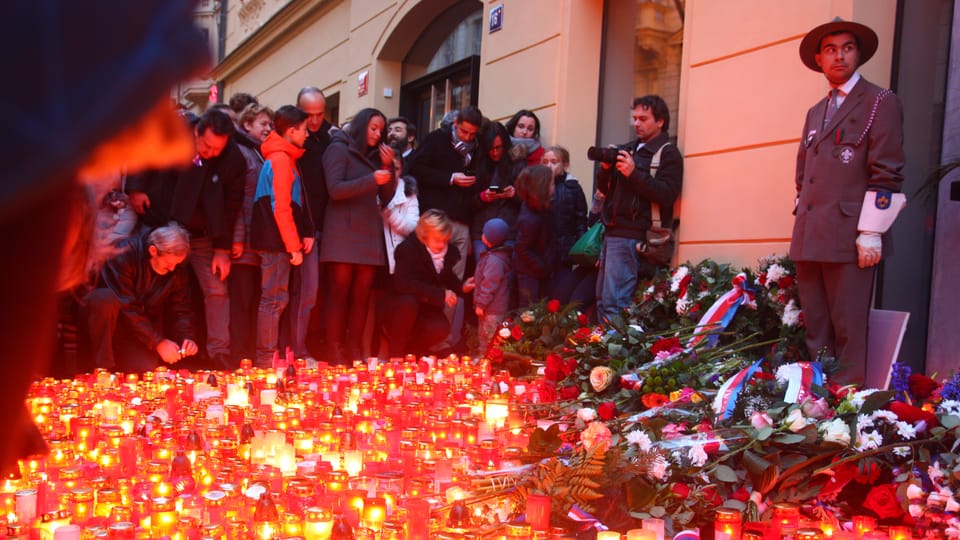 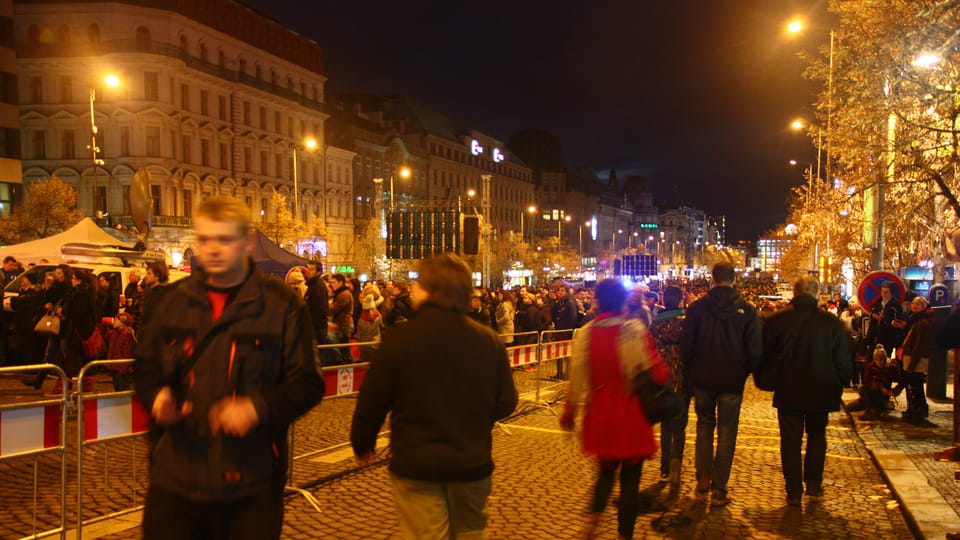 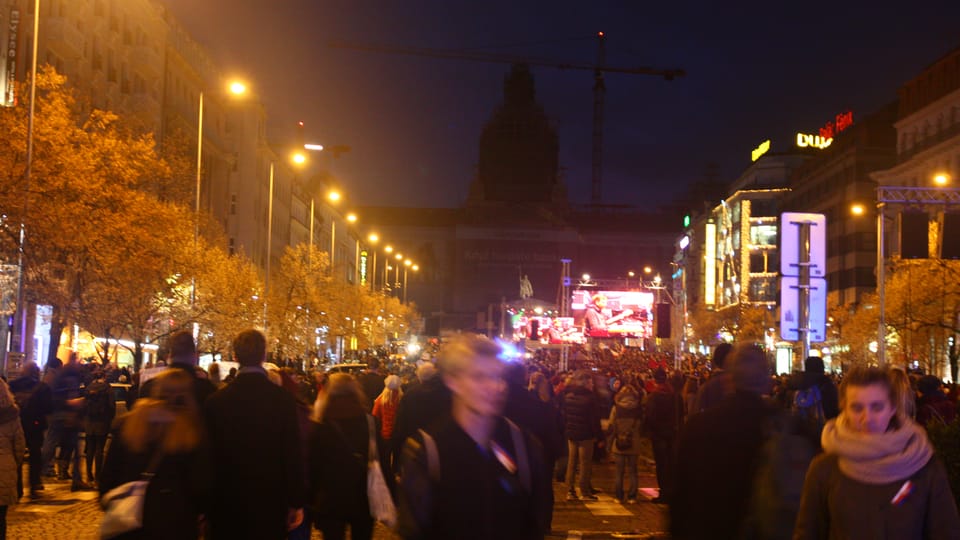 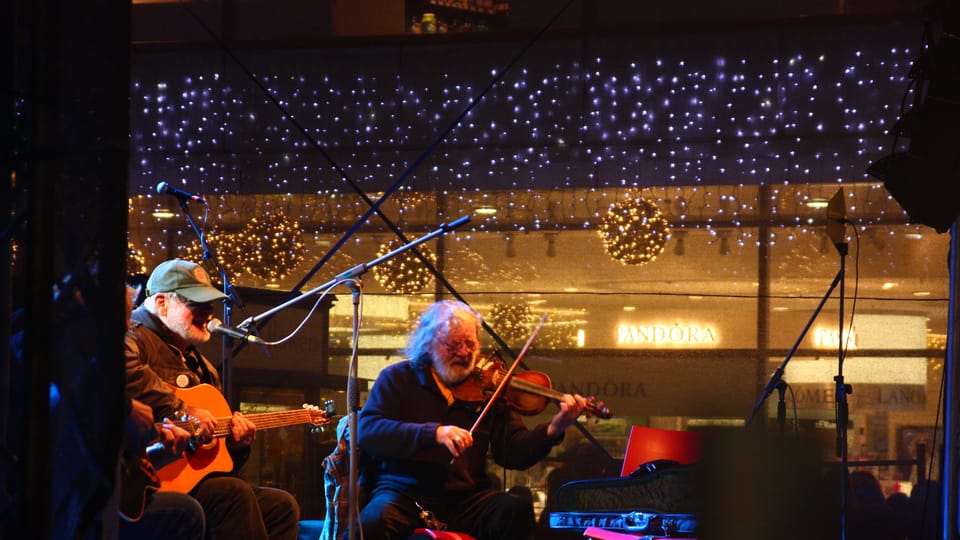 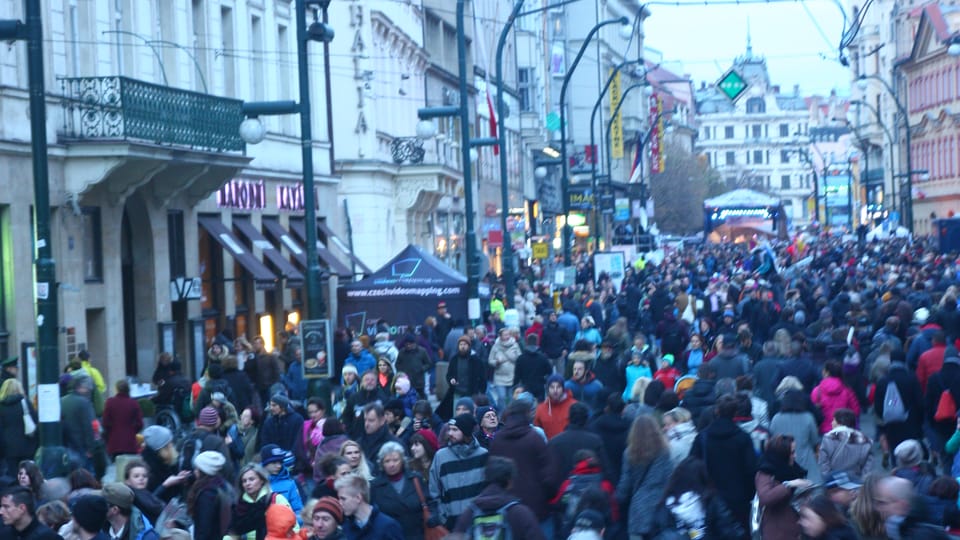 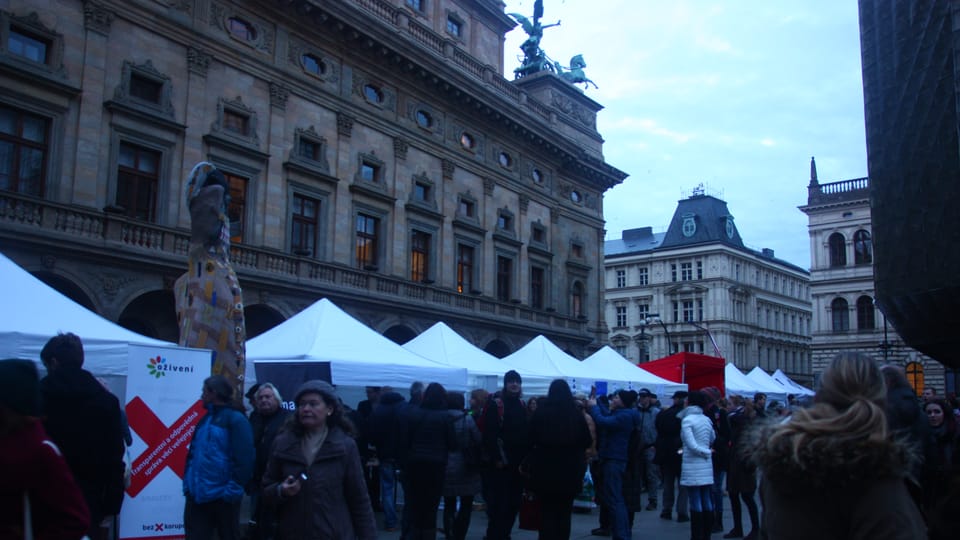 Several hundred people gathered at Hradčany Square to protest against the president’s policies and raise their voice for greater tolerance. The same message was the leitmotif of a concert on Wenceslas Square on Thursday evening and the creation of a symbolic human chain leading from Narodni St., where the communist police brutally cracked down on a student demonstration in 1989, across the Vltava River to the monument for the victims of communism on the opposite bank.

Altogether some twenty marches and gatherings took place in the city, including a meeting of President Zeman’s supporters on Letná plain and a demonstration against migrants and the EU at the lower end of Wenceslas Square, which got into a skirmish with demonstrators for greater tolerance going under the banner Nationalism is Not an Alternative. No serious incidents were reported.

Civic groups, who perceive the anniversary as a chance to launch a public debate on the country’s course and potential risks to democracy have planned to end it on a wake-up call with thousands of alarm clocks going off at 7.30 pm –the precise time at which the communist police cracked down on a peaceful student demonstration 27 years ago.