8) Libverda –the spa for movement disorders and heart problems

Libverda –the spa for movement disorders and heart problems

At the foot of the Jizera Mountains, Libverda is the go-to spa town of the Liberec Region. The small resort specializes in carbon baths that promise to help guests with movement disorders and heart problems. Curiously, the main symbol of Libverda is not its colonnade but a restaurant in a giant beer barrel. Located in a protected landscape area, Libverda boasts stunning natural beauty.

Take the narrow roads that lead north from the city of Liberec into the Jizera Mountains, and you will get to Libverda, a quaint spa town nestled on the slope of a steep hill. Its first inhabitants settled there in the Middle Ages. The town was for them a welcome piece of solid land amidst inhospitable terrain, and so they originally named it Lybenwerde, a derivation of the German phrase meaning “on the lovely island between the swamps.”

Libverda is another Czech spa town that owes its tradition to hot springs. Eva Machková, a local, describes the legend behind their discovery. Like the founding stories of Karlovy Vary and Teplice, the tale involves the exploits of an inquisitive animal.

“The healing springs were discovered by a rooster who regularly went to drink from them along with his hens. It was in the 14th century when the plague was ravaging the region. People watching the poultry got the idea to also start drinking the water, and they were blessed with a miracle. Families who drank from the springs were saved from the plague. People believed that the water was placed here by God’s own doing. Ever since then, the Libverda spring water has been called God’s Water.”

The first spa in Libverda was built at the beginning of the 17th century, but the outbreak of the Thirty Years War prevented the business taking off. Kristián Filip Clam-Gallas, an aristocrat whose family owned the town’s land, revived the spa in the 1760s. The nobleman invested in the construction of a new bathhouse and ordered the excavation of more springs. To this day, the springs in Libverda are named after members of the Clam-Gallas family. Eva Machková showed us around the resort, much of which was planned in the 18th century by the Clam-Gallases.

“The greater part of the resort is taken up by the beautiful park, and the buildings stand pretty much in the middle of it. There is the Turkenkopf House, which housed the first balneological facility and guest accommodations. The Clam-Gallases also built a summer residence here, a little Empire-style palace. It was supposedly always very full because the last Clam-Gallas had seven daughters who married into different noble families and gained lots of relatives. The colonnade is also a beautiful mix of Classicist and Empire styles.”

Besides being a place for healing, Libverda has long been a favourite vacation spot. Eva Machková recounts the famous individuals who stayed at the spa.

“Since culture is an integral part of Libverda, we should mention the composer Carl Maria von Weber. He was reportedly inspired by the beauty of the Jizera Mountains, their gullies and waterfalls, to write part his acclaimed opera The Marksman. Another famous composer who visited was Christoph Willibald Gluck. The great military leader Albrecht von Wallenstein famously never went on a campaign without a sufficient supply of our mineral water. One of the more recent guests at Libverda was the Czechoslovak minister of foreign affairs, Jan Masaryk.”

Modern scientific research has shown that the mineral content of the alkaline water from Libverda is not as rich as that of other spa towns. But it used to be quite the rage. From the 18th century, the water was very popular in Prague, and, for a short period in the interwar years, it was even bottled and sold in Germany. Jana Všetičková, the head doctor at Libverda, explains that today the water is used mainly for bathing.

“The water temperature of our baths is about 34 degrees Celsius but, of course, we lower it to around 32 degrees with regards to the diagnoses of individual patients, especially those suffering from cardiovascular disorders. When you sit in the water, the carbon dioxide bubbles surround you and gradually warm your body, increasing blood flow to the skin. So, the longer you spend in the bath, the hotter it gets.”

“The procedures have a wide scale of healing effects. We specialize in treating the musculoskeletal system, so all kinds of arthritis, joint and back pain, and post-operation weakness. Besides that, we also treat cardiovascular problems, such as high blood pressure, and we can help with recovery after cardiac arrest or heart surgery.”

The resort also offers wellness stays to healthy guests who just want to relax. With a café, fitness centre, and the obligatory wafer shop, Libverda offers an experience that can rival any spa town in Czechia.

But Libverda’s most iconic symbol lies outside the resort. It is the Huge Barrell Restaurant - an engineering wonder built using a real, gigantic beer barrel.

“The Huge Barrell is a real rarity. There’s only one in the whole of Czechia. Another one used to stand on Javorník Hill, but it burned down. The Barrell has been a part of Libverda since 1931. It was built according to the plan of architect Anton Lux and has a volume of over 12 thousand hectolitres. Guests can sit on the ground floor or upstairs. The capacity is 130 people, and there is even a beautiful dance floor.”

One of Libverda’s newer attractions is a hiking trail that connects five lookout points above the town. At each point, there are wood-carved statues of mythical creatures from local legends, which tourists can read about on information boards put up by the municipality. You can enjoy one of the nicest views of the surrounding landscape from a popular lookout point, not far from the Huge Barrell.

There the stunning natural beauty of the Jizera Mountains is especially apparent. Visitors wanting to explore more of it can drive to the neighbouring town of Nové Město pod Smrkem, from which a path leads up to the Mountains’ highest peak, Smrk. With an altitude of 1124 metres above sea level, the path to the top is gruelling. Those who make it are rewarded by the view from Smrk’s lookout tower, from which the whole mountain range is visible.

For less enthusiastic mountaineers, the Jizerskohorské bučiny nature reserve south of town might be more tenable. Its pristine landscape - made up of the deep canyon of the Černý Stream, complete with several waterfalls and precipitous cliffs rising above the forest canopy - is the very best of the Jizera Mountains.

An essential part of a stay in Libverda is also a visit to Hejnice, historically one of the most important pilgrimage sites in Czechia. The town’s enchanting Baroque basilica and monastery have attracted believers for years. In the past, pilgrims often walked from nearby Poland and Germany on treacherous mountain paths, replenishing their energies at Libverda’s hot springs at the end of the journey.

With its far-flung location and without the tourist traps and omnipresent advertisements that sometimes make the bigger spa towns in Czechia feel like amusement parks, Libverda keeps alive the best of the spa tradition started by the old Bohemian nobles. The rural retreat is perfect for peaceful convalescence, and a hike through the mountain landscape is one of the best forms of meditation. 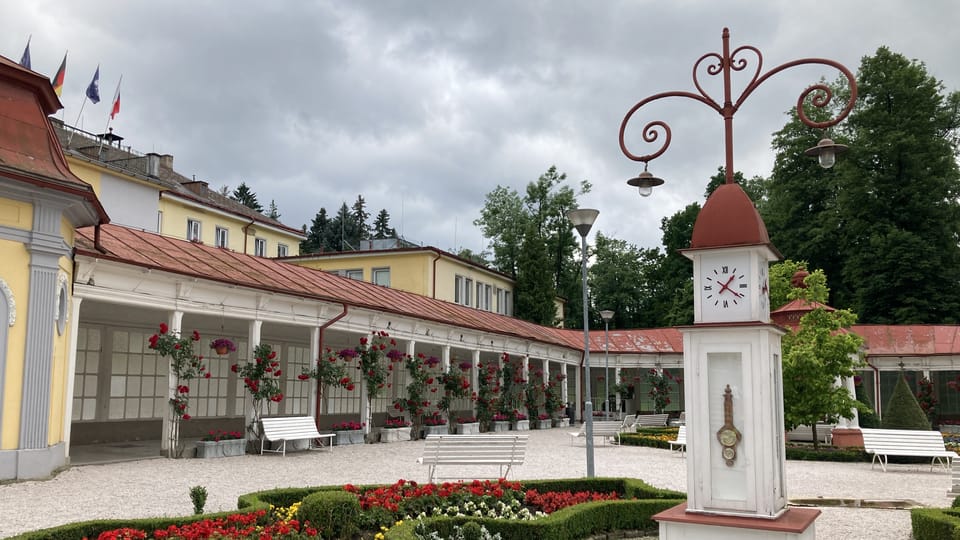 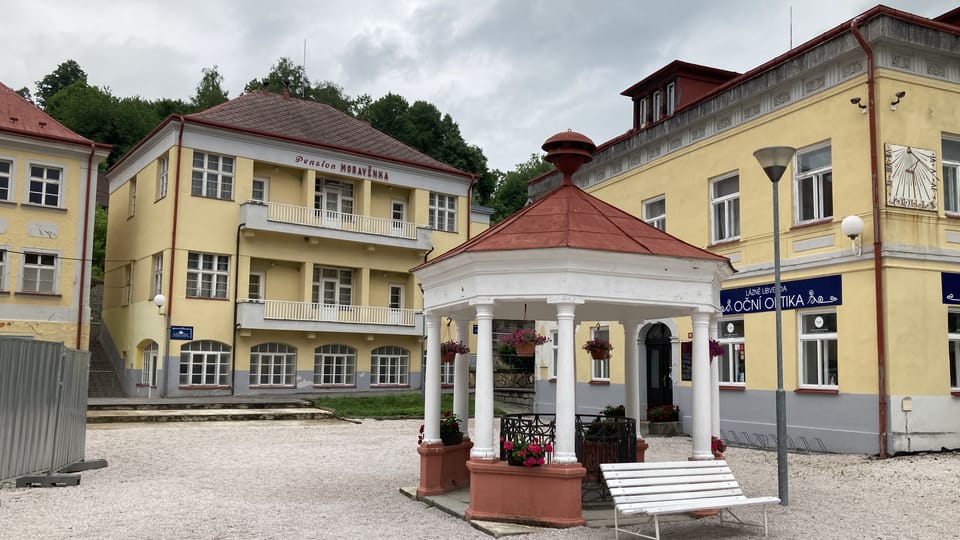 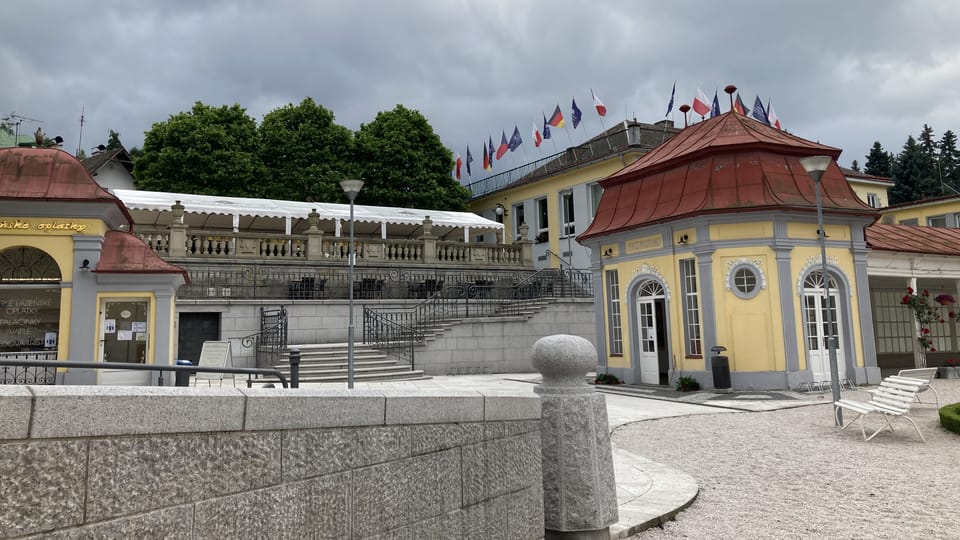 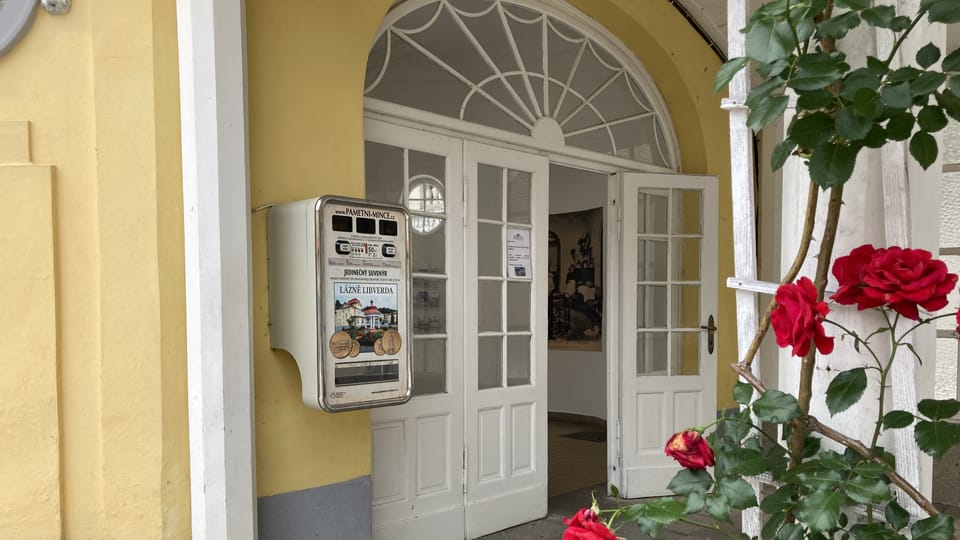 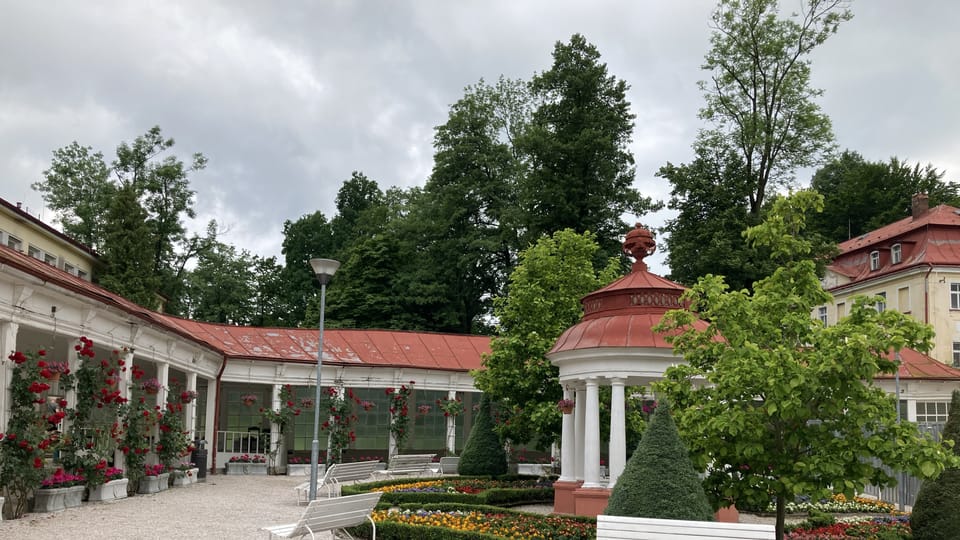 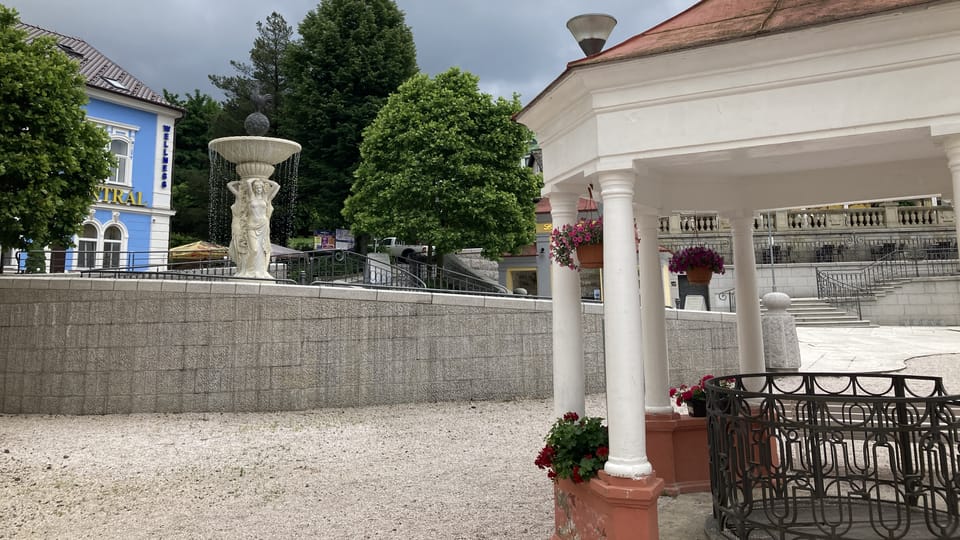 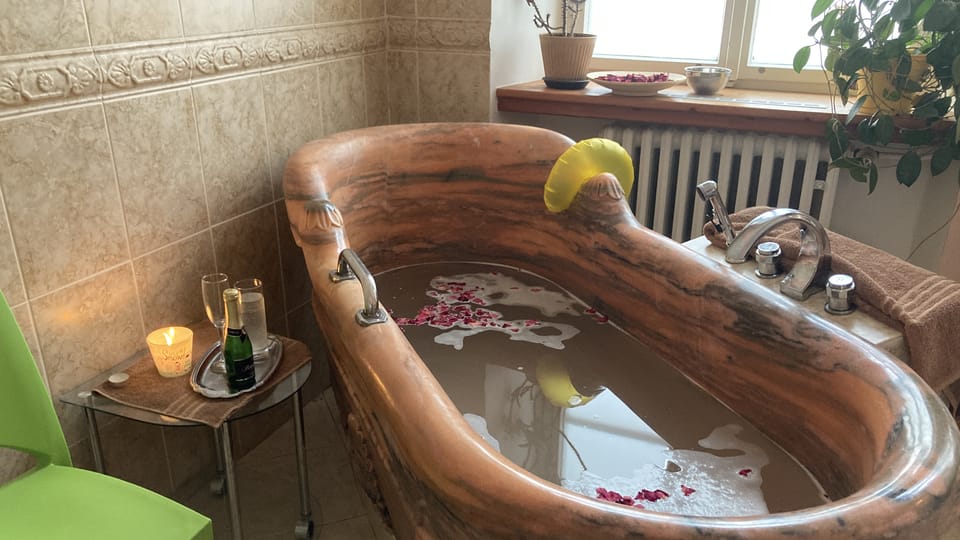