Nestled in a shallow valley between the green hills of the Slavkov and Upper Palpatine Forests, Mariánské Lázně is the second-largest Bohemian spa town. Like Františkovy Lázně and Karlovy Vary, the town combines a laid-back spa atmosphere with unique history and architecture, which includes a singing fountain and the longest colonnade in the Czech Republic. A frequent visitor to the Bohemian Spa Triangle, the legendary writer Johan Wolfgang Goethe considered Mariánské Lázně to be the best Czech spa town.

Like other Bohemian spa towns, Mariánské Lázně can boast splendid natural surroundings and geological conditions. With an elevation of over 600 metres above sea level, the town is higher than Františkovy Lázně and Karlovy Vary, and its brisk air is perfect for treating respiratory problems. Mariánské Lázně also has over one hundred hot springs in its vicinity, more than any other Czech spa town. Fittingly, the town owes its name to a spring, as Barbora Tinterová, director of the local information centre, explains.

“Mariánské Lázně got its name from Mary’s Spring, which was named after Mary, Mother of Jesus. A picture of her was hung up on a tree next to the spring by a veteran of the Thirty Years' War. The soldier was returning home and stopped to rest by a stream in which carbon dioxide from the hot spring was bubbling to the surface. Resting next to the stream helped the soldier to recover, so he hung up the picture of Mary as a show of gratitude. The Spring has been known as Mary’s Spring ever since.”

To be precise, Mary’s Spring is not a mineral water spring but a source of almost 100 % pure, natural carbon dioxide from deep underground, a remnant of volcanic activity. Today it is used for secondarily carbonizing groundwater, which is bottled up and sold under the trademark Aqua Maria Marienbad mineral water label. Of the hundred springs of Mariánské Lázně, only six are used for balneological purposes. The oldest-known and very salty Křížový Spring, as well as the potassium-rich Rudolf’s Spring are both popular with visitors. Besides prescribing regular doses of mineral water, the spas of Mariánské Lázně also make use of the gas from Mary’s Spring for some unique treatments, as Pavel Knára, a doctor who specialises in balneology, told Czech Radio.

“We use the carbon dioxide for dry carbon baths and our famous gas injections. We also have a one-of-a-kind Mary’s Pond, where our guests bathe in the CO2, which reaches up to their knees. The gas gets absorbed into the whole body and improves blood circulation. As they sit in the bath, we also have our guests inhale oxygen to help with cell regeneration. That’s a unique part of our anti-aging program.”

Like those in Karlovy Vary and Františkovy Lázně, the healing springs of Mariánské Lázně are surrounded by groomed parks and stately spa houses. But, having been established only in 1808, Mariánské Lázně is the youngest town of the Bohemian Spa Triangle and the only one founded by the clergy. The dense, swampy forests in the area where the town stands today were, in the Habsburg era, long reserved as a source of timber for nearby tin mines, delaying the development of spas in the area. In the 18th century, mining finally ceased and Premonstratensian monks from the nearby Teplá Abbey were allowed to purchase the land from the monarchy. At first, the monks extracted salt from their newly acquired hot springs and sold it as a laxative. Then, in the 1770s, monastery doctor Jan Josef Nehr convinced the Premonstratensians of the spring water’s curative benefits, leading Abbot Karel Kašpar Reitenberger to have the first spa buildings constructed. Today, monks from the Teplá Abbey still arrive in Mariánské Lázně every summer to bless the hot springs and ensure that they regain their healing power for the upcoming spa season. 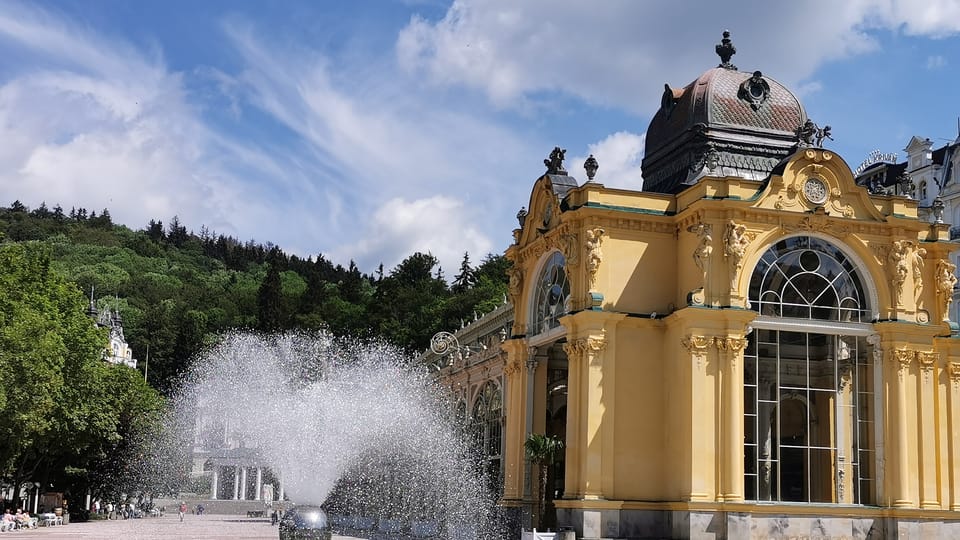 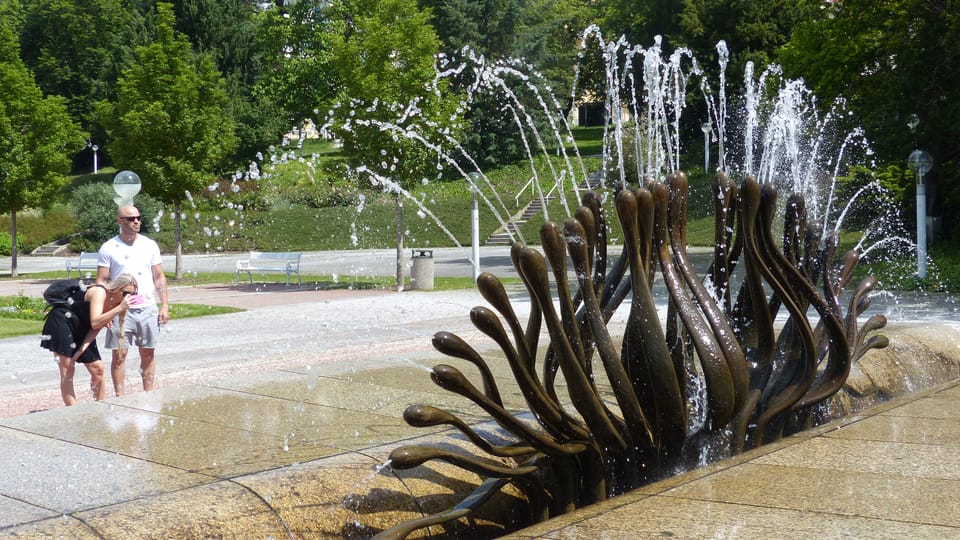 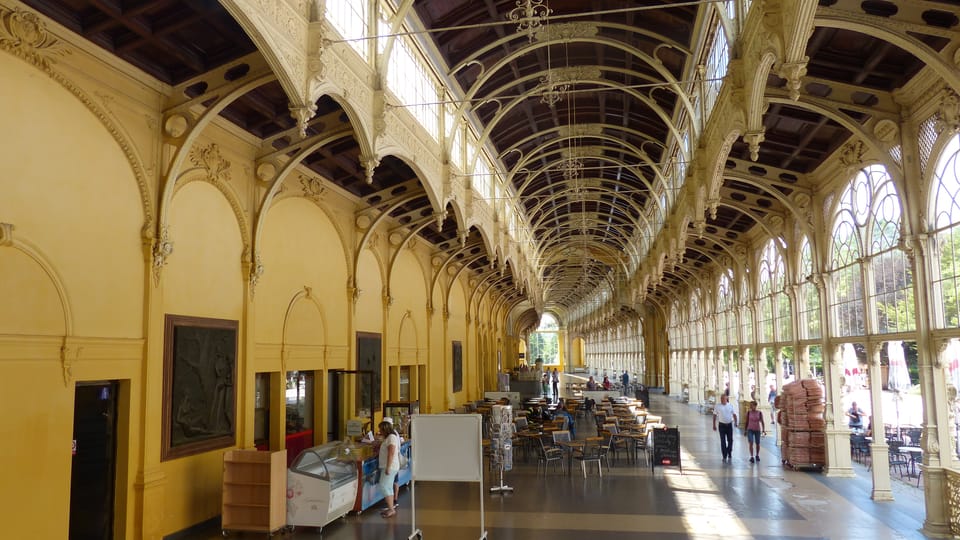 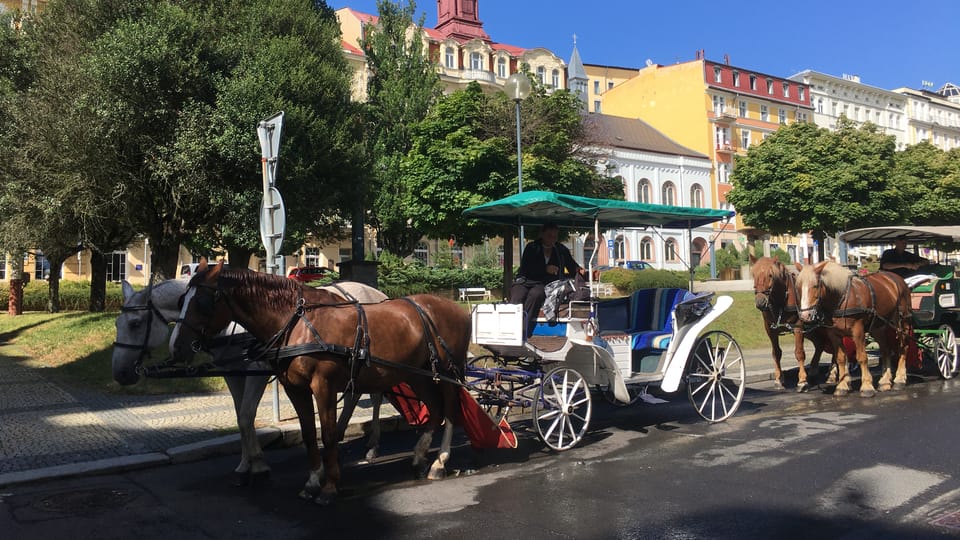 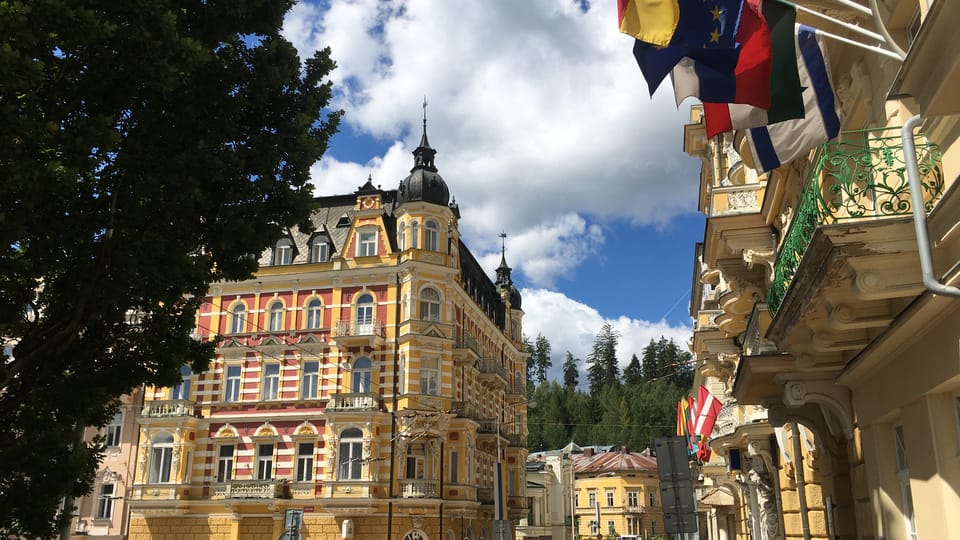 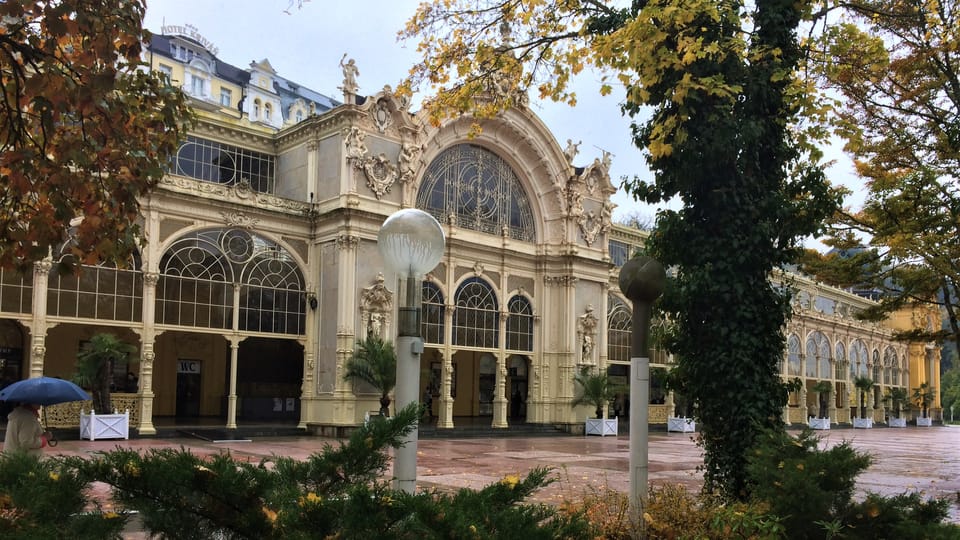 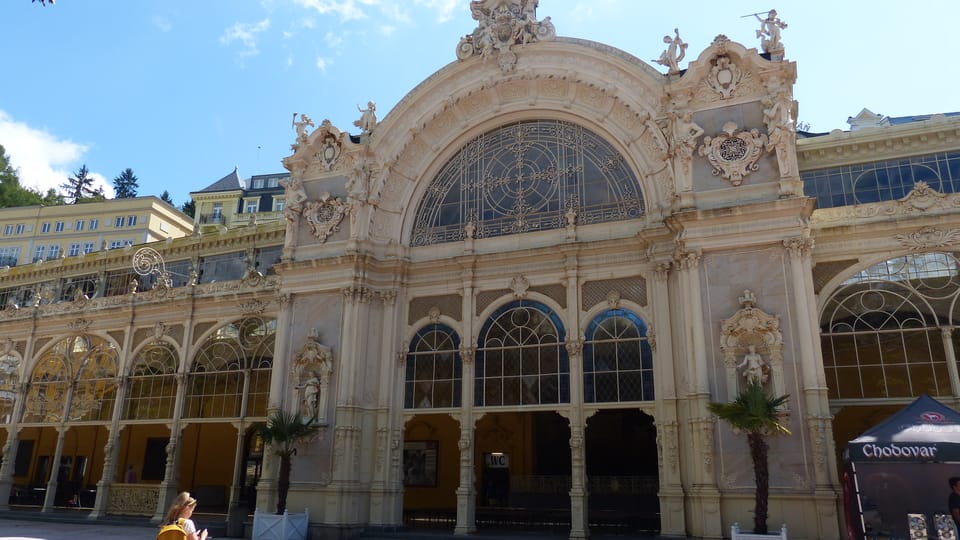 Under the care of the monastery, the town emulated the success of Františkovy Lázně and Karlovy Vary in attracting famous foreign visitors. One figure that is well-known for his strong connection to Mariánské Lázně is the author Johan Wolfgang Goethe. The German writer was a frequent visitor to all the Bohemian Spa towns, but Mariánské Lázně was his favourite, explains Jaromír Bartoš, director of the local Municipal Museum.

“The development attracted Goethe, who first visited Mariánské Lázně in 1820 and was surprised to see how quickly a beautiful new town was sprouting up in the swamps in the middle of nowhere. He liked it here so much that he moved to Mariánské Lázně from Karlovy Vary and spent all of his later spa stays here.”

A factor contributing to Goethe’s fondness for Mariánské Lázně was perhaps his love for 17-year-old Ulrika von Levetzow, whom the 73-year-old German writer met in the town in 1821. He later dedicated a poem to his young love, the “Marienbad Elegy”. And Goethe was not the only famous author to visit Mariánské Lázně. The list of important penmen that came to local spas includes Gogol, Turgenev, Twain, and Kafka, among many others. In 2017, Mariánské Lázně opened a Writers’ Trail hiking path, through which visitors can learn the stories of the famous authors that visited the town.

The building where Goethe stayed during his visits stands on the sloping main square of Mariánské Lázně and now houses the town Municipal Museum. Built in 1818, the Empire-style landmark is the town’s oldest preserved building. But the Museum is not the only architectural gem in town. Right next to it stands the vast, turn of the century Hotel Kavkaz, now vacant and falling apart. It was formerly named the King of England Hotel after Edward VII, who was a guest during his eight visits to Mariánské Lázně. Guide Eva Voldřichová showed Czech Radio some of the most storied spa buildings, which stand a street down from Goethe Square.

“The Casino House is a beautiful building with great acoustics. So I would recommend to all music lovers to visit Mariánské Lázně someday and attend a concert such as the ones held here during the Chopin Festival, which takes place annually during the second week of August. Downhill from the Casino stands the New Spa, a building with a long tradition. It has, among other things, a royal cabin, in which rulers from Edward VII to the Persian Shah bathed.”

Numerous parks dot the centre of Mariánské Lázně, earning the town the nickname of “a town in the middle of a park”. The parks were planned by Václav Skalník, a 19th-century landscape architect who is considered one of the town’s founding fathers.

At the edge of the sprawling Václav Skalník Park in the town centre stands one of the few modern pieces of architecture in Mariánské Lázně, the Singing Fountain. Built in the 1970s, the fountain plays music every odd hour, and the evening performances include a lightshow.

Not far from the fountain stands one of the town symbols, the Maxim Gorky Colonnade. Measuring 180 metres, it is the longest colonnade in the Czech Republic. The cast-iron and steel structure, officially a Czech Cultural Landmark, was built in 1889. It is decorated with impressive artworks, such as the epic figural paintings on the cupola ceilings, which were done in 1979 by the talented painter Josef Vyleťal, who imbued them with a tinge of surrealism.

Just a short drive away, in the hills and woods above the centre of town, are two other popular attractions. One is the Boheminium park, which exhibits miniature models of all the famous Czech landmarks, from Karlštejn Castle to the Ještěd Tower. Golf fans can visit the Royal Golf Club, which was built in 1905 as one of the first in the Austro-Hungarian Empire. Prominent Brits such as David Lloyd George or Rudyard Kipling played on the course, the construction of which was partly financed by English King Edward VII.

While probably not everyone will be as enamoured with Mariánské Lázně as the likes of Goethe or Edward VII were, it is still worth it to retrace the steps of those prominent visitors and judge for oneself whether their deep appreciation of the town was justified. The combination of natural healing power, history, and architecture makes Mariánské Lázně an integral part of the Bohemian Spa Triangle, one that should not be missed on any trip around the Czech spa towns.