share
The children in the asylum centre in Pribram

In this week's edition of the Arts, we look at a unique way in which children in refugee camps are helped to adjust to their new environment. First, though, some of the stories making headlines in Czech arts and culture:

The popular British author and playwright Caryl Churchill visited Prague this week to attend the Czech premieres of two of her plays - "A Number" and "Top Girls". A Number, directed by Canadian director Ewan McLaren is presented at the Vinohrady Theatre, while the ever-popular Top Girls, which influenced many in the 1980s with its unique and witty feminist dialogue, is on show at the Estates Theatre. Tune into Radio Prague next week, when Coilin O'Connor brings you more.

Preparation for Oscar, photo: CTK
With just a few days to go before the carpet is rolled out, the Kodak Theatre in Los Angeles will host another night of fun and glamour, the Academy Awards. The United States and much of the rest of the world is in Oscar fever and even a small country such as the Czech Republic has much to look forward to. Czech film director Ondrej Trojan's latest work, Zelary, has been nominated for the Foreign Language Film category. All the while Mr Trojan left for L.A. with little signs of nervousness, his film "Divided We Fall" was an Oscar nominee three years ago, leading actress Ana Geislerova had much to worry about - the beautiful gown she planned to wear at the award ceremony was stolen a few hours before her plane took off.

From Friday to Sunday, the Art cinema in the Moravian capital Brno hosts the popular international animation film festival, Anima 2004. Although the festival presents current international hits such as the French animation Belleville Rendezvous by Sylvain Chomet or the Oscar-winning Spirited Away by the master of Japanese animation, Hayao Miyazaki, its organisers hope to promote the works of less-known young film-makers and students to give the audience a chance to compare Czech animation to that produced in the rest of the world. Find out more on the festival's official website: www.anima.kinoartbrno.cz

Czech Harry Potter fans have to suffer patiently for just about two more days before they can get their hands on the official Czech edition of Harry Potter and the Order of the Phoenix. According to publishers, after the Bible and the Holy Koran, the fifth adventure of Harry Potter and his friends from the Hogwards School for wizards is the third most sold book in the world. The Czech edition will be released by the publishing house, Albatros, at midnight on February 29th.

Being a refugee in a foreign country is a difficult experience for anyone. For children it can be even harder. The loss of home, friends and familiar surroundings is hard to bear, especially if children fail to understand why they've had to leave it all behind. Some of the Czech Republic's refugee camps offer a special form of therapy: painting. This week the artists -aged five to thirteen - proudly displayed their work at the Children's Art Museum at the House of the Green Frog, just off the Old Town Square. Miluse Dohnalova, administration director of the Czech Republic's refugee facilities, explained to Daniela Lazarova why this form of therapy - and the motivation it provides - is so important:

"We have a psychologist in each facility, in each asylum centre, because children have a lot of psychological problems with the circumstances they find themselves in. And to see an unhappy child is always very, very sad. That is why we try to help them in this way, as well as in others. You could say that they are caring for themselves by drawing."

What do these children draw most -is there anything that they tend to focus on? You say they are unhappy -the drawings probably reflect that...

"The answer is very simple. They always draw houses. Small houses. Big houses. Always something with a roof. It is a symbol of what is essential and what is lacking in their lives. That is why cooperation with experts from the pedagogical faculty is very, very important. They know how to guide the children to draw something else and to express their pain, their fears and also their pleasure."

Can you tell me how these children live?

"Our asylum centres have a capacity from 100 to 300 beds. Usually the children live in one room with their parents. Only really big families get to have two rooms. The children go to a Czech elementary school together with Czech children and they have special Czech language courses, of course."

What do they do in the afternoon?

"We try to give them space and opportunities. That's why we set up the art classes. We also have a gym, some tea rooms, play rooms but you know to create an illusion of home is very, very difficult. We can try to do it but we cannot really succeed."

How long do they usually stay in the asylum centre before they are granted asylum? 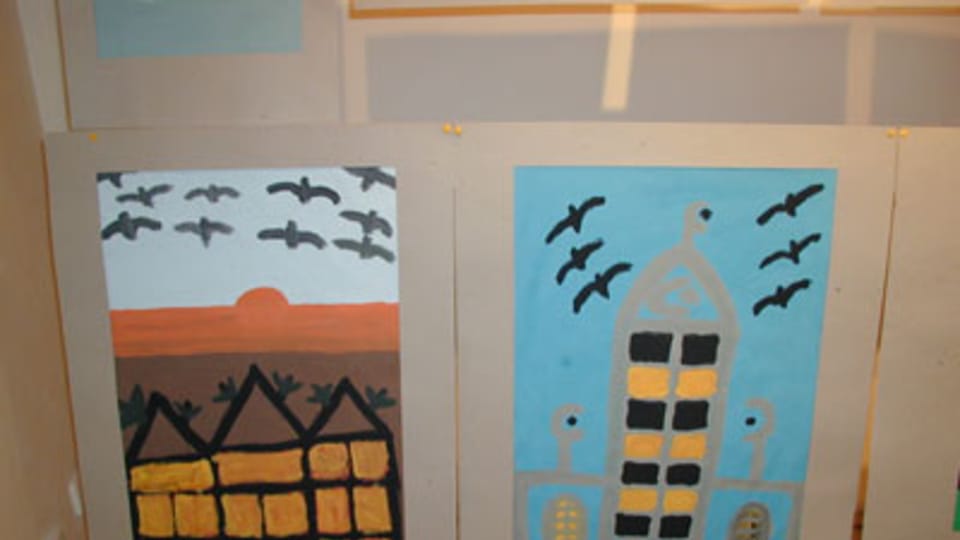 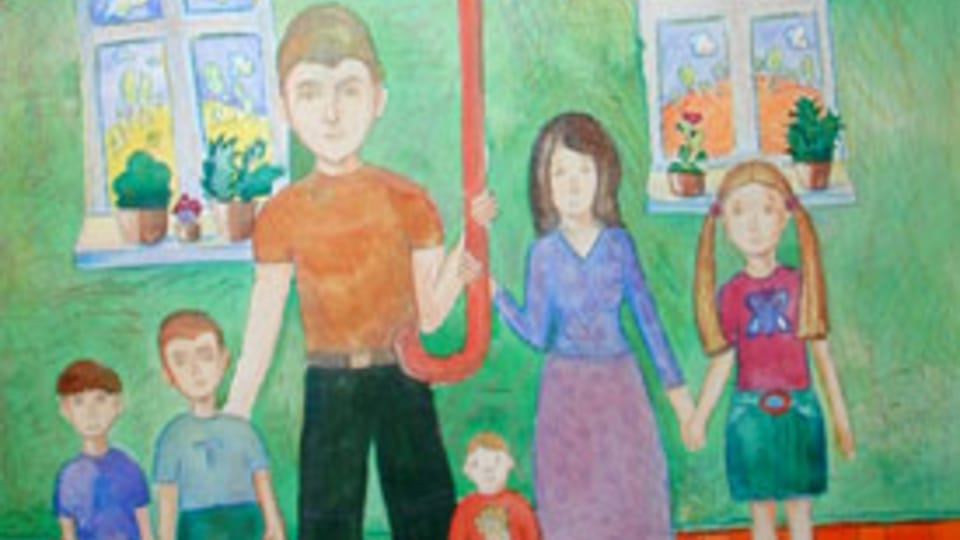 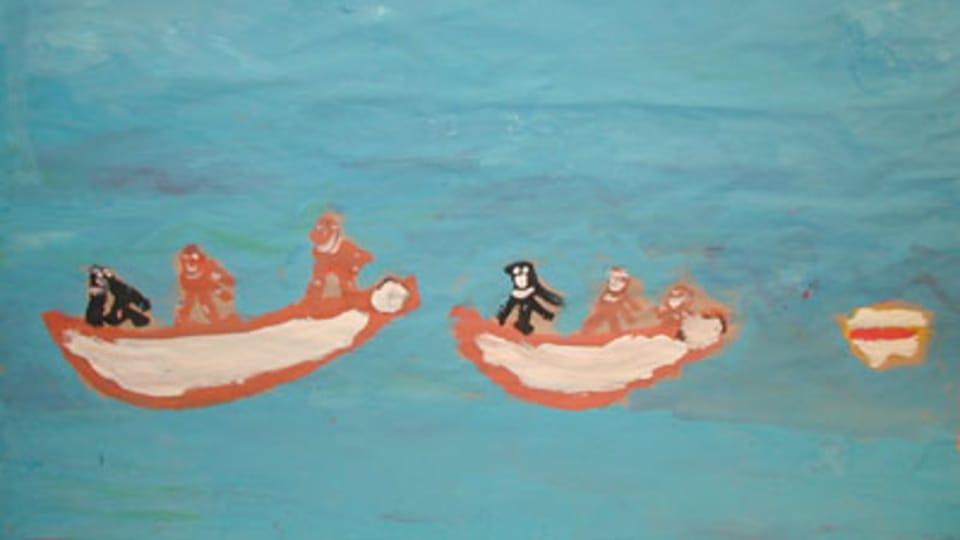