What is already being described as the Prague exhibition event of the year opened to the public on the banks of the River Vltava today. Gott My Life is a lavish tribute to the legendary Czech pop ikon Karel Gott looking back at his 60 years of success.

Karel Gott, photo: CTK
On a comeback after overcoming cancer, Karel Gott, turned up at the exhibitions preview on Wednesday night. And it’s just two weeks since he marked his return to the concert stage after serious illness and at the age of 77 with his one night, one off performance in Prague entitled Karel Gott still aLive.

The project has marked itself out from the start in terms of its ambition with the construction of a special floating exhibition centre which will anchored on the Vltava river near the centre of Prague for the duration of the show until the end of September. It could later be towed to Germany, where Gott, the so-called Golden Voice of Prague, although he actually comes from Plzeň, has a massive following. Some of his German fans apparently have taken Gott so much to their hearts that they are surprised to find out that he is actually Czech.

And this exhibition has not been modest in seeking its inspiration either. It has taken the ongoing worldwide tour of the retrospective David Bowie exhibition as one of the models to follow. The Gott exhibition comes from the stable which already staged the show of Alfons Mucha posters in the Czech capital in 2013, which became the most visited fine art event in Czech history.

And it draws on the singer’s own collection of momentoes, private collections, as well as the Czech National Museum’s own impressive collection which traces Karel Gott’s musical and personal life. In fact this is a perhaps a unique public-private cooperation between the museum and the foundation created by of one of the biggest Czech advertising companies.

Photo: CTK
While the main spotlight is on Karel Gott the singer, there are a number of parallel plots as well, such as the social and cultural evolution in the decades following his first attempts to hit the big time at the end of the 1950s. A lot of the latest exhibition technology is used, including a holographic projection of the singer as you enter the event, nearly three dozen videos, as well as costumes, posters and photos, and recording equipment

Supraphon, the Czechoslovak record label that first signed Gott in the first place, and for whom he became such a big earner, has also contributed. And as its marketing manager Michal Máka, testifies, that Gott is still a big player on its books. 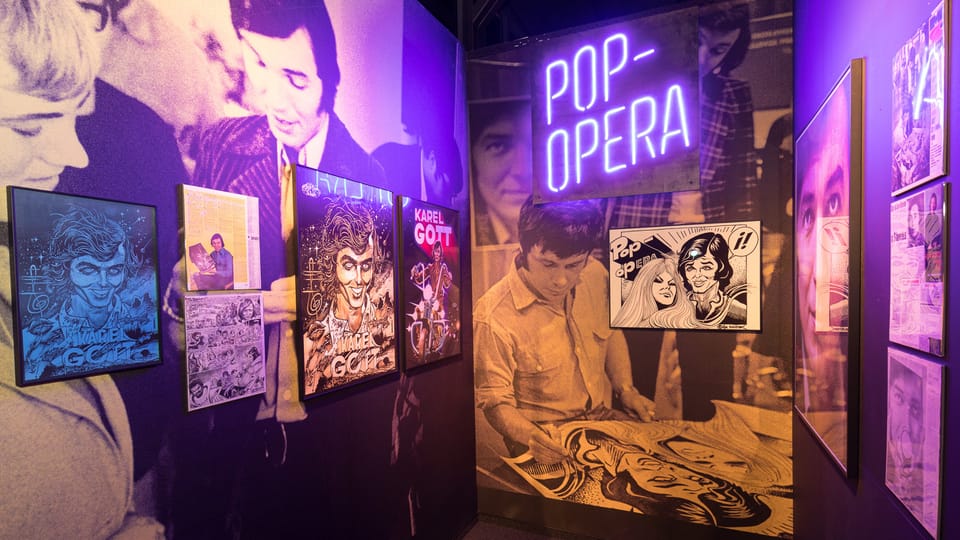 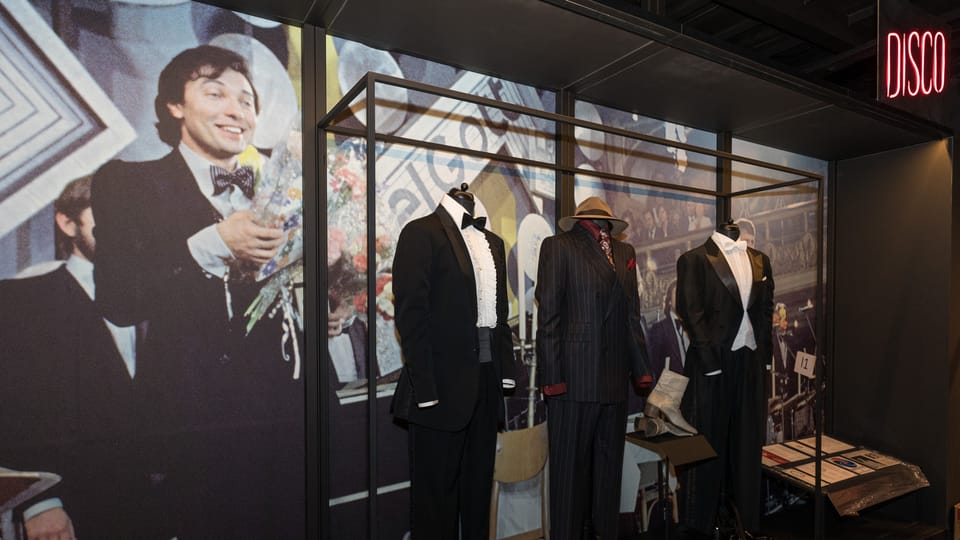 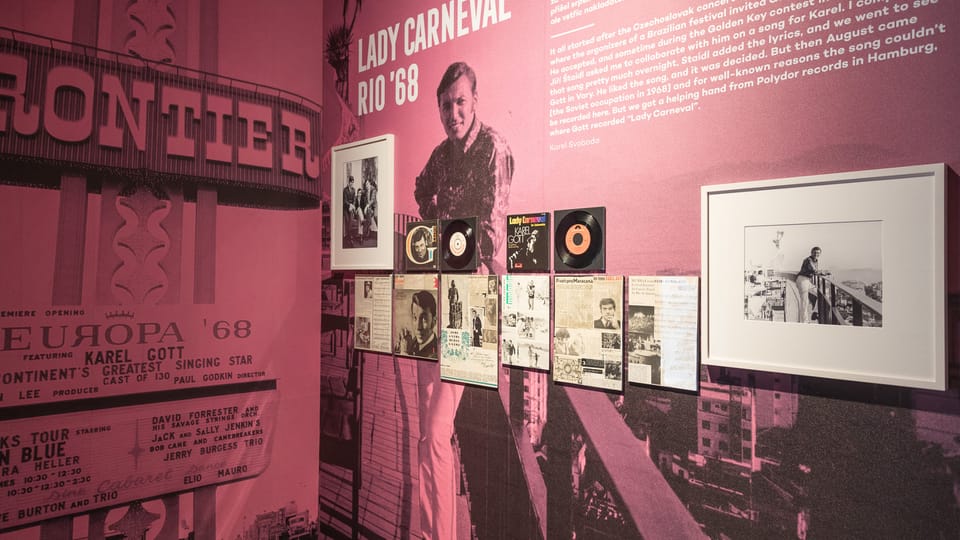 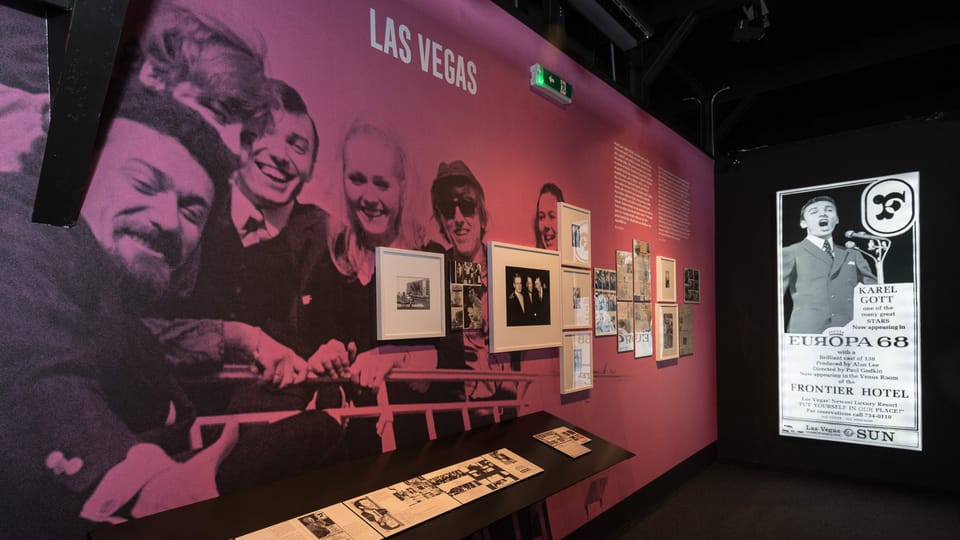 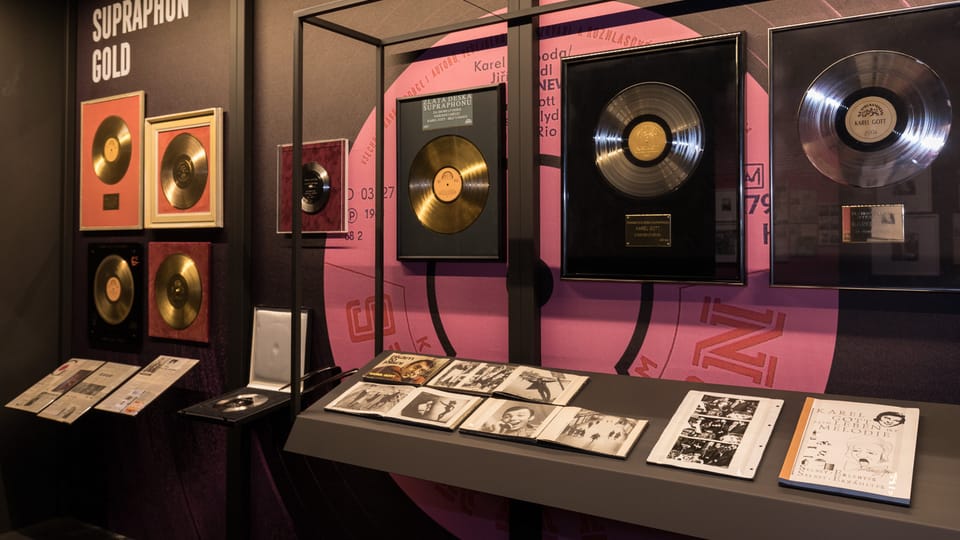 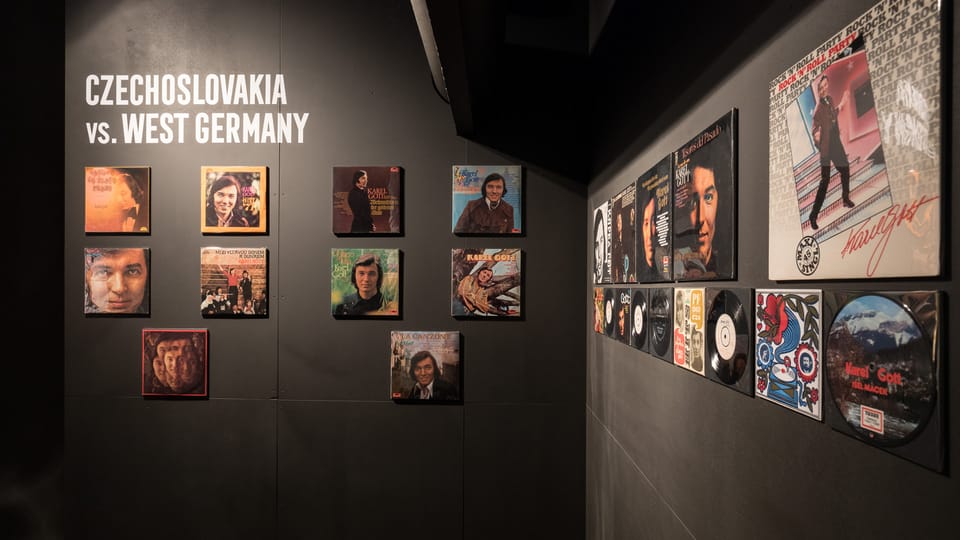