Today is the 150th anniversary of the birth of Adolf Loos, a pioneering modernist architect raised in Brno, who left a rich legacy also in Vienna, Prague and beyond. He is perhaps best known for the radical philosophy that “ornament is crime”  and multidimensional design of interior spaces, which Loos called simply the ‘Raumplan” .

Adolf Loos was born in 1870 into a German-speaking family in the Moravian capital of what was then part of the Austro-Hungarian Empire. He spent most of his adult life in Vienna, frequenting its grand coffee houses and cabarets when not in his atelier.

His philosophy that “Ornament is Crime” (as he titled one polemical essay) is manifested in buildings whose exteriors take the outward form of stark cubes, devoid of the kind of lavish external fin de siècle flourishes favoured in Europe’s cities in his day.

Loos provoked an uproar in 1910 with the severe façade of the apartment bloc opposite the imperial palace in Vienna that housed the bespoke Czech outfitter and tailor shop Kniže, which means “Prince”. Emperor Franz Josef, it was said, found it so displeasing he would draw shut the curtains when his royal carriage rode past.

An interior by Loos, however, is quite another story (or rather storey, if you’ll pardon the pun), a study in simple elegance, yet intricate on many levels, both figuratively and literally – all according to his exacting “Raumplan”, or spatial plan. It is a deceptively simple term, describing his carefully considered ordering, dimensions and heights of rooms.

Villa Müller in Prague – a home commissioned by an enlightened entrepreneur who gave Loos free rein – is a masterpiece of the international architectural avant-garde, says Maria Szadkowska of the City of Prague Museum and curator of the villa, on a recent private tour for Czech Radio begun in the salon.

“We are now in the most representative and largest room of the whole house because here we can see everything that makes Villa Müller important – the internal composition, called the Raumplan, or spatial plan. The house is not divided by conventional floors but rather by levels. The result is a very special and at that time unique, complex interior.”

If Loos were not given ample room to achieve his vision, he would refuse a commission. So, he spent more time writing about architecture, and aspects of art, than he did realising buildings. In fact, he made a living, in Vienna, mainly as a highly fashionable if rather eccentric interior designer.

But when he Loos build, he demanded the highest quality materials – he had a particular penchant for marble – impeccable decorum and above all a complete lack of pretension. The elegance and simplicity is striking, says curator Maria Szadkowska

“Adolf Loos himself considered Villa Müller the most important building in his entire portfolio, for which, he didn’t draw exact plans. He considered himself a man who could simply invent a space.

“So, quite often, he sketched his ideas on the spot, for example on a napkin or a sack of flour. The builders then had to stick to his drawing up until construction was approved.

“With Villa Müller, he managed to realise all of his dreams in a space that is not dependent on classical components and architectural assumptions. He simply composed as he wanted, according to the needs of the owners.”

Adolf Loos wrote that building a house or designing an interior is nothing more than providing solutions to purely physical problems – problems of comfort, convenience, the physical functions of one’s daily routine. None of which, he said, had anything to do with art or architecture. In other words, “Ornament is crime.” 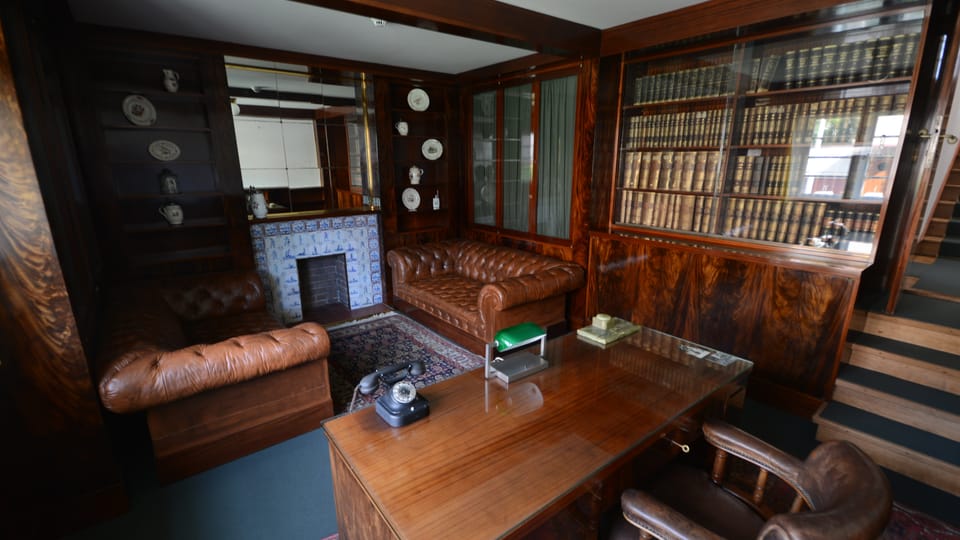 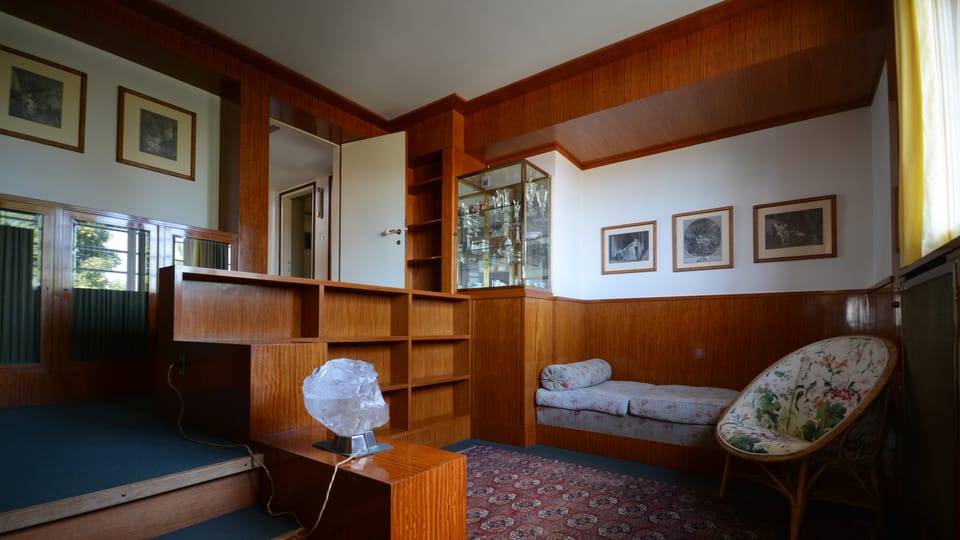 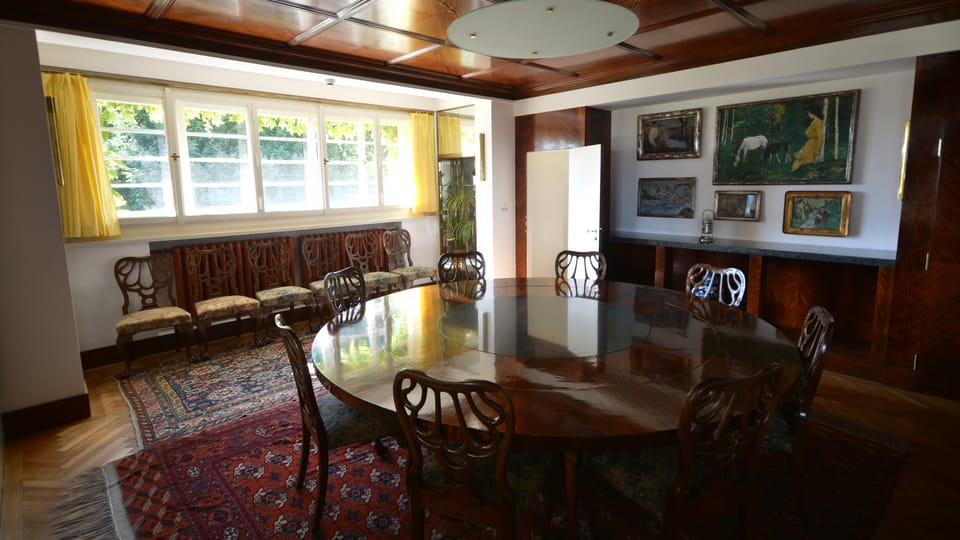 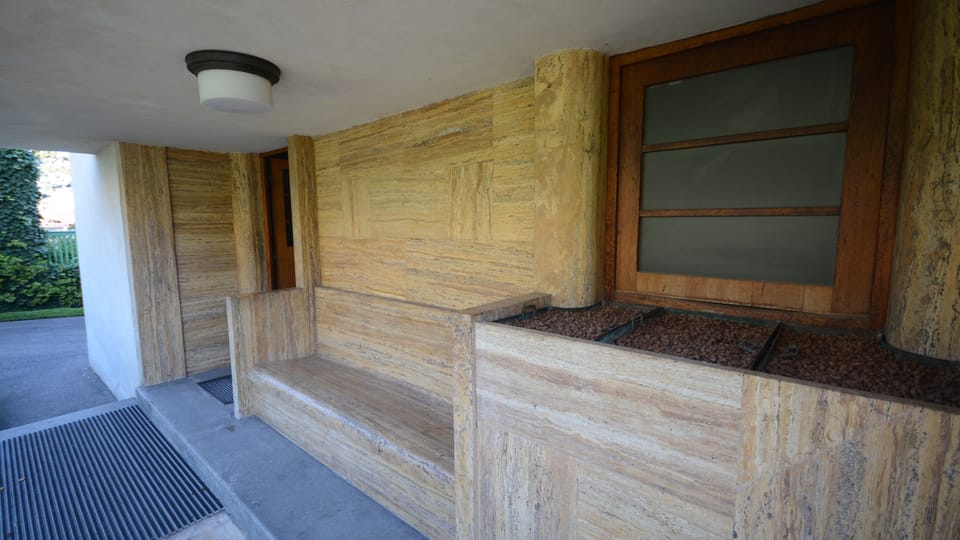 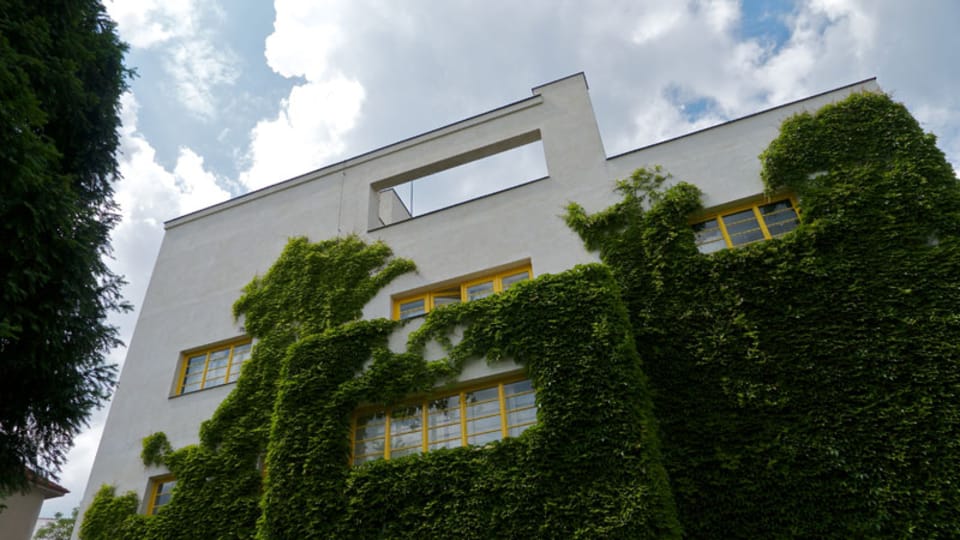 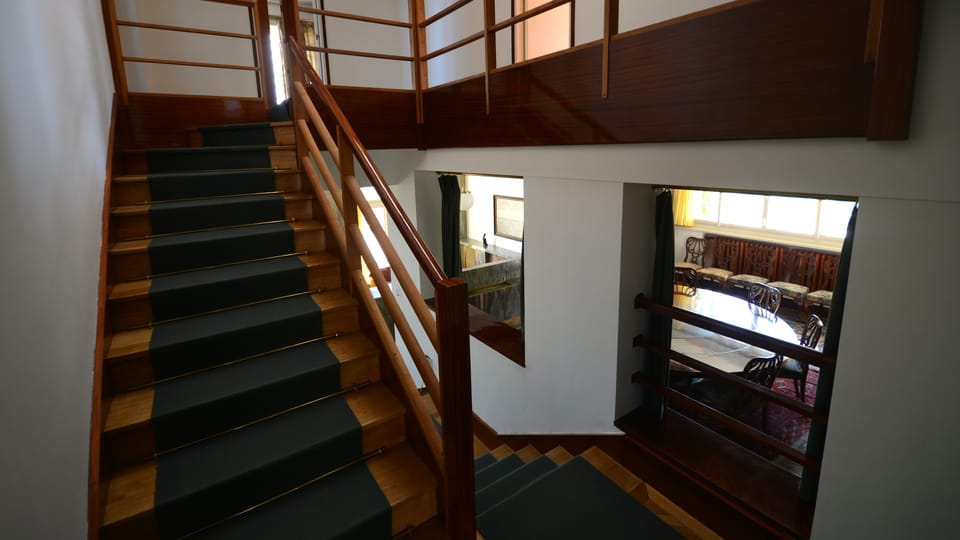 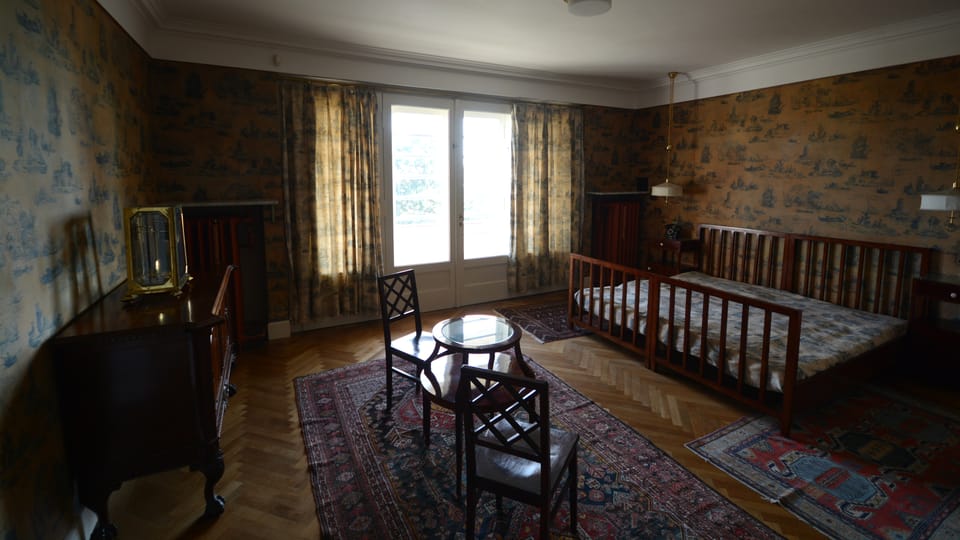 “My architecture is not conceived in plans, but in spaces (cubes). I do not design floor plans, facades, sections. I design spaces. For me, there is no ground floor, first floor, etc... For me, there are only contiguous, continual spaces, rooms, anterooms, terraces etc.

‘Storeys merge and spaces relate to each other. Every space requires a different height: the dining room is surely higher than the pantry – thus the ceilings are set at different levels. To join these spaces in such a way that the rise and fall are not only unobservable but also practical, in this I see what is for others the great secret, although it is for me a great matter of course...

It is just this spatial interaction and spatial austerity that thus far I have best been able to realise in Villa Müller.”  --

– Adolf Loos in a 1930 interview for a Czech architectural magazine, a few years before he died of a stroke at the age of sixty-two.