Facebook Twitter
The 1946 US operation that proved a propaganda coup for Czechoslovakia’s Communists
Length of audio 13:06
The boxes of hidden documents were opened back at the G-2 warehouse in Frankfurt, Germany. (111-SC-229100), photo: US National Archives
Download
Share

In 1946 a secret American operation in Czechoslovakia led to major diplomatic protests. The US authorities had organized a mission aimed at obtaining hidden Nazi documents from a cache in a forest near Prague. However, they had not alerted the Czechoslovak authorities or sought permission – and that led to a real propaganda coup for the country’s pro-Soviet Communist politicians and press.

Igor Lukeš, photo: Ian Willoughby
Imagine a cold February day in 1946 on the German-Czechoslovak border. A group of 13 men in five US military vehicles passes through the checkpoint. They use permits issued by a Czech liaison office in Regensburg, Germany. However, they did not reveal the real purpose of their mission. Operation Hidden Documents is just starting. Over time, there will be many rumours as to why its goal was so secret.

Historian Igor Lukeš is a professor at Boston University:

“The whole story started already in October 1945. The French Foreign Ministry officials informed their Czech counterparts that they interviewed a German POW and former SS Sgt. Gunter Achenbach. He claimed that at the end of the war he helped to hide boxes of secret Nazi documents somewhere close to Prague.”

Namely in a forest close to a village called Štěchovice on the banks of the Vltava River.

Incredibly, the Czech authorities did nothing. The French military attaché in Prague after some months officially tried to raise awareness again of the fact that there was probably a cache of hidden secret Nazi documents just south of Prague. But to no avail.

Therefore the French handed the information to the U.S. government's Document Control Section in the Operations Branch of the G-2 (intelligence) staff in Frankfurt, Germany. And they decided to act. Operation Hidden Documents was born.

A group of 13 Western soldiers plus a guide (a German prisoner of war) made their way to the Alcron, one of the most if not the most luxurious hotel in Prague at the time. 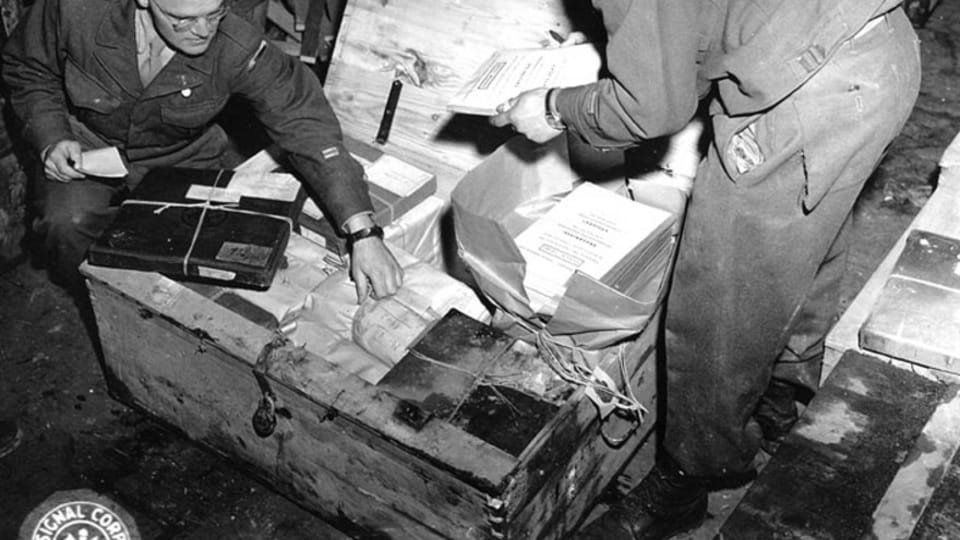 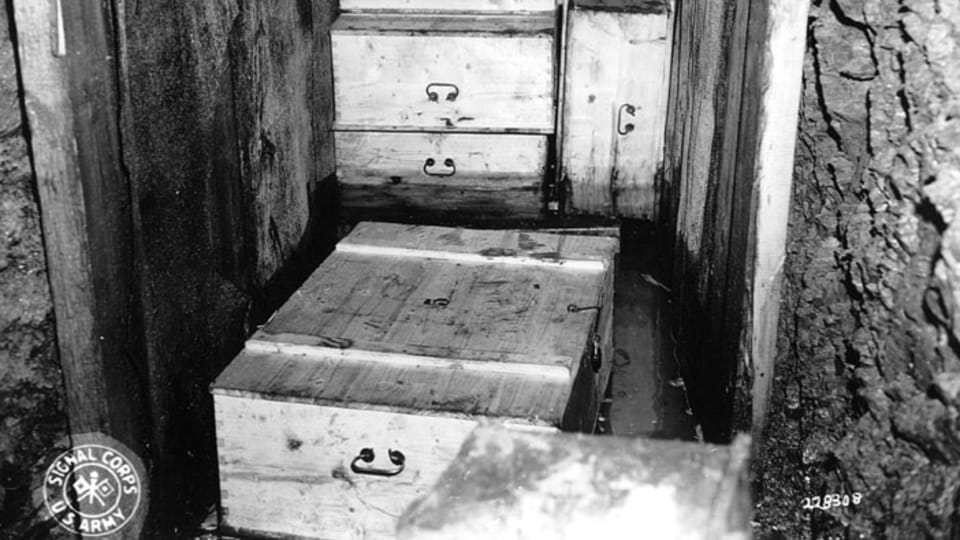 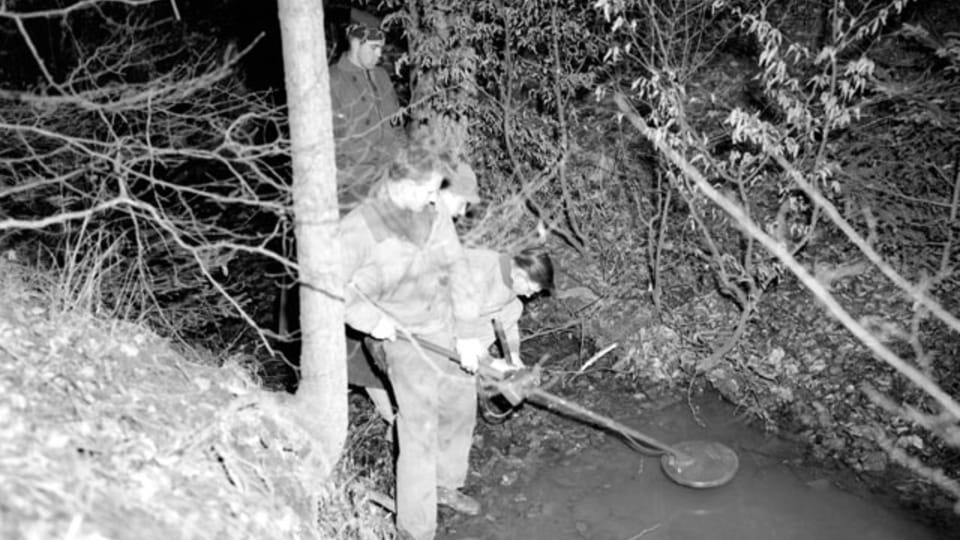 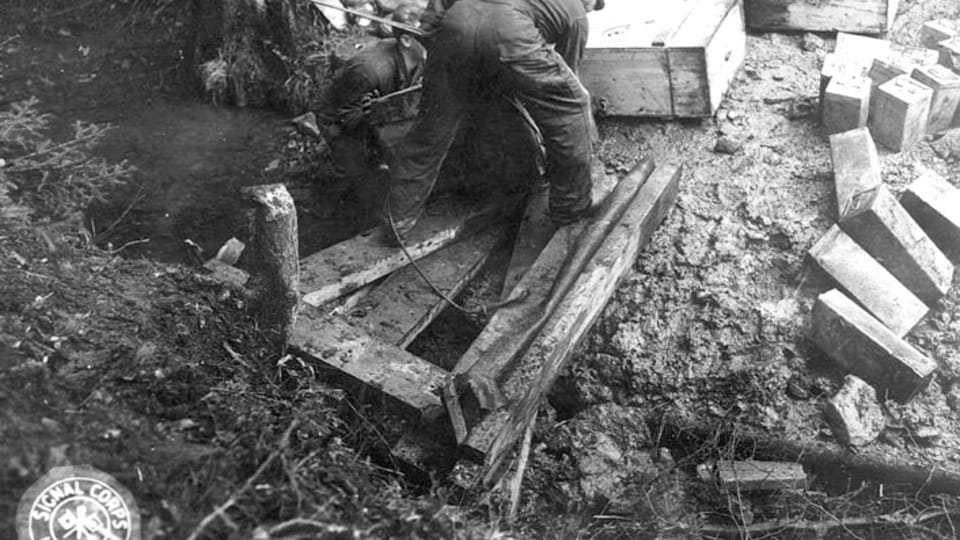 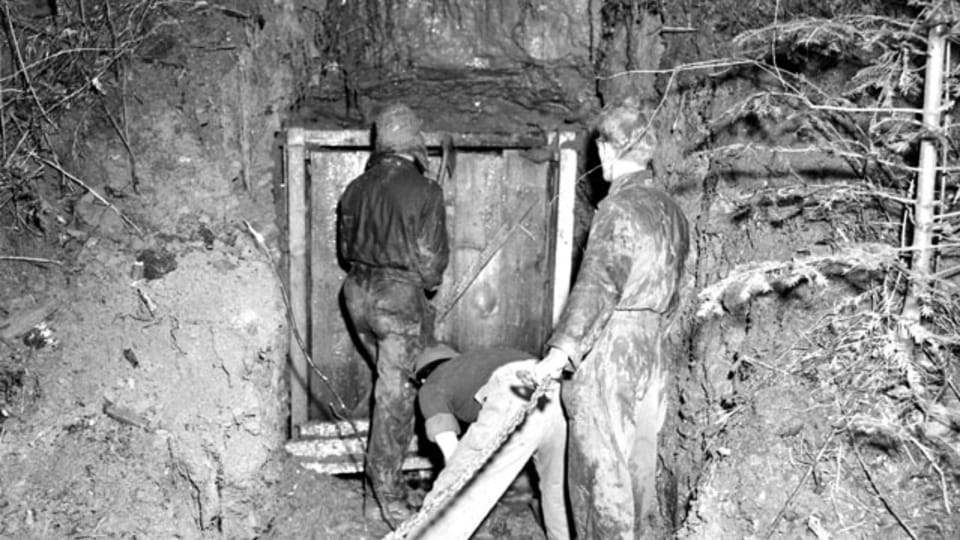 Igor Lukeš points out that this probably was not the best way to keep a low profile in post-war Czechoslovakia.

“Imagine beefy, big Americans, armed, walking through the lobby of the Alcron Hotel. Everybody saw that this was something unusual. But if any of the witnesses alerted the authorities, they did not act in any way. The next morning, the Americans and their prisoner were able to go reach Štěchovice unhampered.”

It was easy to locate the underground tunnel where many boxes full of documents were stored. However, Captain Stephen Richards, an explosives expert with long fighting experience, had to stop all the men right at the entrance.

It was mined and Captain Richards had to remove about one ton of explosives before the Americans were able to extract 32 big crates of documents, each of them weighing some 400 pounds or over 200 kilograms. They loaded them on their trucks and headed immediately back to Germany.

Karl Hermann Frank|Photo: public domain
If Captain Richards proved highly professional until then, at that moment, he made a very silly mistake with international consequences.

“Richards and two other sergeants did not go with the boxes to Germany. They headed the opposite direction to the Alcron Hotel in Prague, ostensibly for some R&R time, as the US Army called it: rest and relaxation. I imagine there was considerable drinking that night. They probably needed to calm their nerves.”

But then the Czechoslovak authorities started to act. It is not known what was the immediate impulse, but the three Americans were arrested and brought for interrogation to the Czechoslovak Army General Staff.

Soon the press learned about the incident and it became a huge story and not just in Czechoslovakia. New York Times and other American newspapers ran it.

The US Ambassador Steinhardt had to apologize to Czechoslovak president Edvard Beneš and promise that all the documents would be returned to Prague as soon as possible.

To the disappointment of American Military Intelligence, there were no secret weapons designs or documentation in the crates. They contained administrative and private papers of Karl Hermann Frank, a Nazi ruler of Czechoslovakia during the German occupation.

As historian Igor Lukeš points out, the whole operation ended in embarrassment for the United States.

The documents that the Americans discovered actually helped to sentence the aforementioned Nazi K. H. Frank, who was being held in a Prague prison. But the whole incident could not have come at a more sensitive time.

In 1945 Czechoslovakia was liberated by the Soviet Red Army and only a small western part of the country by the Americans. But while the prosperous Americans in clean, well-fitted uniforms, handing out cigarettes, nylon stockings and other were obviously very popular with the Czechoslovak general population, the Soviets were not.

Cave entrance today, photo: Lubomír Smatana / Czech Radio
The Red Army soldiers were notorious for stealing, raping and even murdering civilians. So for some time, the United States was winning the public relations battle with the Soviets.

“I probably would not say that it changed history but it certainly provided ammunition to the Communists. They could now shout ‘Look at these Americans! They are gangsters do we really like these kinds of things happening in our beloved Czechoslovakia?’ So it was a PR defeat for anyone in Czechoslovakia who held democracy close to his heart.”

A few weeks after the diplomatic incident, first post-war elections were held in Czechoslovakia. The Communists won. While it would be an exaggeration to say that their victory was a result of these events, the Americans’ Operation Hidden Documents certainly did not help democratic, pro-Western forces to have a stronger say in Czechoslovak politics.