No one knows what prehistoric mammoths sounded like but you are made to believe that what you hear is the genuine roar of the three-dimensional furry, white-tusked giant that stares at you just as you enter the exhibition room at Prague Castle.

We're at a retrospective exhibition of the Czech artist Zdenek Burian, perhaps one of the greatest illustrators and painters of prehistoric life.

"I think he allows us to dream. He lets us enter unknown worlds, he develops our imagination and I dare say that his illustrations attracted many children to reading books that would otherwise only collect dust on shelves."

Vladimir Prokop is the curator of the exhibition and a lifelong admirer of Zdenek Burian's work.

Several generations of Czechs have grown up daydreaming over Burian's photo-like paintings of prehistoric life and early humans. It almost seems that Zdenek Burian's future profession was determined by the place of his birth. He was born in 1905 in the Moravian town of Koprivnice, in an area known for its prehistoric settlements. Maybe that was the first inspiration for a boy who was to become a master of fossil reconstruction, working with the Czech palaeontologist Josef Augusta. Charles University Professor Oldrich Fejfar:

"We don't know how exactly they got together but they started working together in 1938 and 1939. This was an interesting time because, as you know, the universities were closed by the German occupiers. And the professors were suddenly free, they didn't have duties. So many of them started writing textbooks. Professor Augusta decided to write a large, extensive description of past life. Of course he had to find someone to illustrate the work. He found Burian."

A child prodigy, Zdenek Burian was accepted to study in the second year of Prague's Academy of Fine Arts at the age of only 14. But Burian dropped out after only one year - never finishing the academy. For many years he struggled to make ends meet before he established himself as an illustrator of both magazines and books.

"Burian at that time was one of the most outstanding Czech illustrators. He had illustrated many journals, he made also covers of books and he collaborated with two publishing houses. The houses, of course, were in competition and he worked for both. So it was for him a very interesting but very busy life. He was extremely misused and his ability was that he painted very fast, very quickly. And this was, of course, misused by the publishers. They demanded that he make drawings in one, two hours. And he did."

Professor Oldrich Fejfar from Prague's Charles University says the cooperation of painter Zdenek Burian and palaeontologist Josef Augusta proved lucky for both men and together they revealed to the world what prehistoric monsters and our early ancestors could have looked like. Even though the paintings contain some mistakes depending on the available data at that time, they are used as teaching tools to this day and recognised by palaeontologists worldwide. Vladimir Prokop.

"I recently talked to a number of palaeontologists who do fossil reconstruction and they knew Burian, many admired him, and said his paintings were a milestone in the development of visual reconstruction."

"Burian is known abroad and he also has many imitators abroad. I have seen paintings, in Beijing for example. At first glance I thought this must be Burian! But it was not, it was only an exactly repainted Burian. Many artists in America, South America and also in Germany have told me that Burian is the top - we cannot be better than him."

Professor Fejfar encountered Burian's work abroad on one other occasion.

"When I was in the British Museum, my colleague Anthony Sutcliffe told me we should visit the native house of Darwin because Darwin for us is the main source of our imagination of the evolution of nature. So we visited his house in Kent and I noticed that one big room was covered with Burian reproductions. Those were reproductions of paintings made by Burian and Augusta during the war. So it was nice for me to see it and I even forgot to take off my hat and had to be told by the custodian."

It has happened many times in Czech history, that the nation's most talented sons and daughters have been little appreciated at home. Zdenek Burian was one of them.

"The extent of his work is estimated at about 15,000 drawings, paintings and so on and about 500 or 600 books. So he certainly was the most productive illustrator in his time. But of course, this situation produced many animosities and jealousy. In the 1950s, in the difficult communist times, he was accused of being too old-fashioned and reactionary and that his paintings did not correspond with the new socialist world. So this was a very hard time for Burian and some professors at the Academy said it was not true, that he was a very good illustrator. However, he was always realistic. And this was his strong point but also a disadvantage which could be misused easily at that time."

Zdenek Burian died in 1981 and it was not until 24 years later that a retrospective exhibition of his work was opened at one of the most prominent galleries in Prague.

"Until 1990 Burian was not listed in any encyclopaedia of art - if we look at general encyclopaedias, he was given four, five lines, while foreign encyclopaedias of art gave him easily half a page. That says something."

Both Vladimir Prokop and Oldrich Fejfar met Zdenek Burian and have fond memories of him. Here are a few of Oldrich Fejfar's recollections.

"I met him several times but only shortly. He told me always some interesting things. For example, he loved and he was extremely interested in North American Indians. And he told me - 'give me any face [of a member of an Indian tribe] and I will draw it for you. I know every tribe in North America.' He also subscribed to the National Geographic, he studied the faces of Indians with great interest. And he told me it was his hobby to paint those men, those free men living in nature. And another anecdote: He told me once - 'when I paint an animal, I always start with the eye. I make a sketch with pencil or charcoal and then I paint the eye in oil, and then I proceed. The eye looks at me and I understand the animal better."

Zdenek Burian's inspired vision of prehistoric life has been a model for generations of artists specialised in fossil reconstruction. Even in this age of computer generated images and animation, Zdenek Burian remains unmatched. 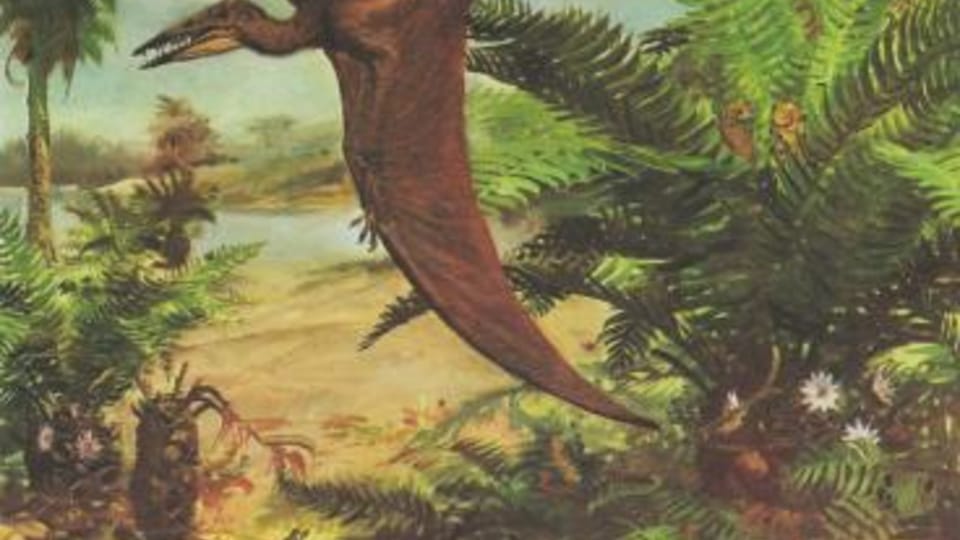 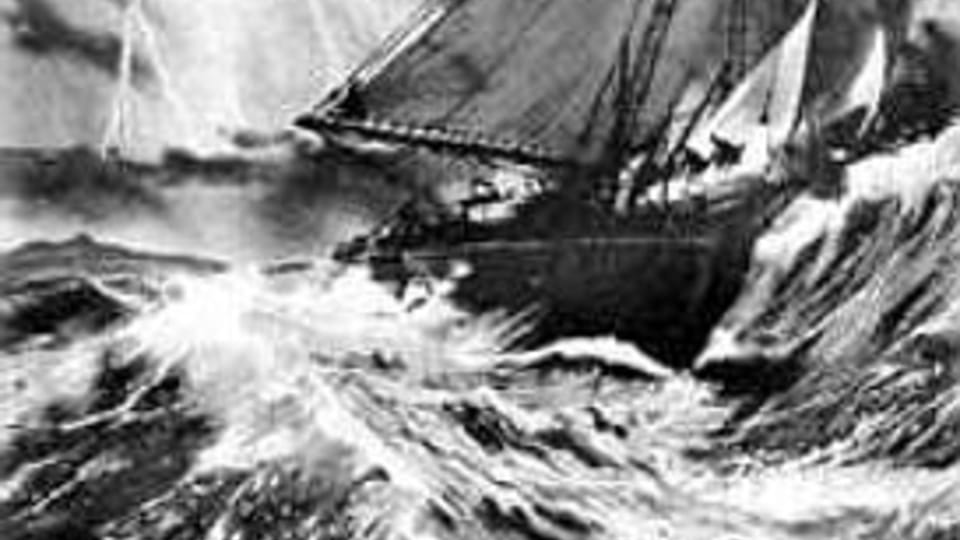 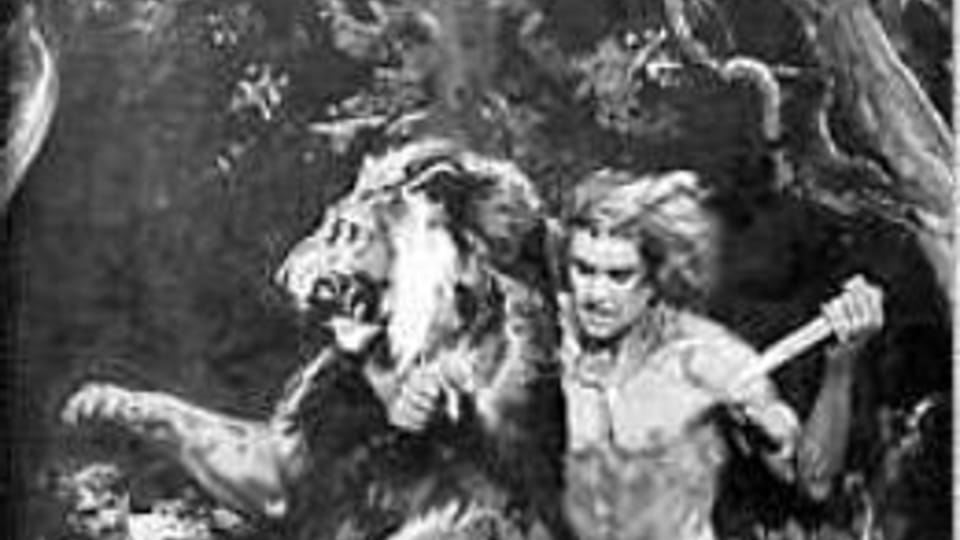