Exhibitions have been taking place all over Prague recently to commemorate the Warsaw-Pact invasion of Czechoslovakia on August 21, 1968. But perhaps the biggest of all the displays was unveiled on Thursday, exactly 40 years after the Soviet tanks rolled in. ‘… And the tanks arrived’ sees Prague’s National Museum – to this day a symbol of the occupation – returned to the way it looked in 1968. For one month only, a 1960’s-style kiosk, vintage cars, and of course, a Soviet tank stand outside the museum.

Photo: Štěpánka Budková
The front of the National Museum has been totally transformed for this exhibition. I’m standing here and on one side of me there is a tank, which is currently covered in people dressed up in the uniforms of Soviet troops dating from 40 years ago. And then to my left there is a wall which is covered in very angry slogans. If I translate a few then there is one which says ‘run away home Ivan, back to Natasha’, and there is another that says ‘soviet exports: tanks, lead and death’. So these are recreations of the original graffiti scrawled all over central Prague, and they will be on display here until the end of September, so that people who walk past the museum can really understand how it looked and felt at that time.
Photo: Štěpánka Budková
To mark the opening of the exhibition ‘… And the tanks arrived’, a noisy corps of military vehicles speed across the top of Wenceslas Square. When the din has died down a bit, I ask the head of the National Museum, Michal Lukes, why he decided to put on such a show:
Michal Lukeš, photo: Štěpánka Budková
“It is very simple, because this is a very important and interesting moment of Czech and Slovak history. And so the National Museum has prepared this exhibition, which has two parts – one inside and one outside. Outside we have made a sort of show with tanks and posters and cars and buses, because we want people to connect with the atmosphere of the era. And then inside is an exhibition which we commissioned historians to make. There are lots of interesting photos there, and texts and interesting artifacts which originally belonged to Alexander Dubcek and Jan Palach and so on.”
Photo: Štěpánka Budková
And is it fair to say that the National Museum itself played an important role in the events of August 21, 1968?
Alexander Dubcek’s sunglasses, photo: Štěpánka Budková
“Yes, this is true, the National Museum has become perhaps one of the main symbols of this occupation, of this invasion. On August 25, Soviet troops fired at the museum, and we can see traces of this shooting still today. So it is true that when people think of the invasion, they often think of the National Museum.”

The exhibition itself is a good mix of multimedia and artifacts from the time. Footage of the Prague Spring and the subsequent invasion is played above display cases housing Czech Communist Party leader Alexander Dubcek’s sunglasses and historical items damaged during the occupation. The exhibition runs until September 30. 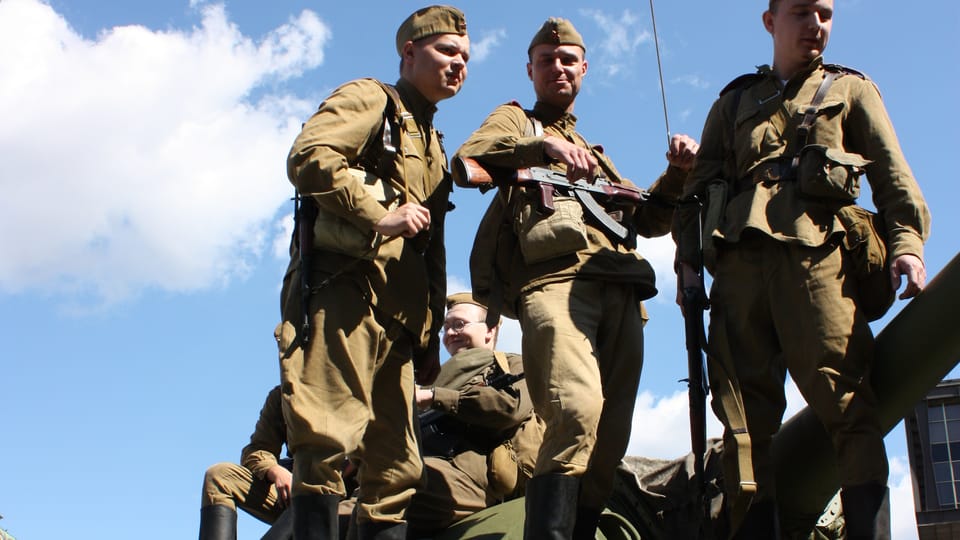 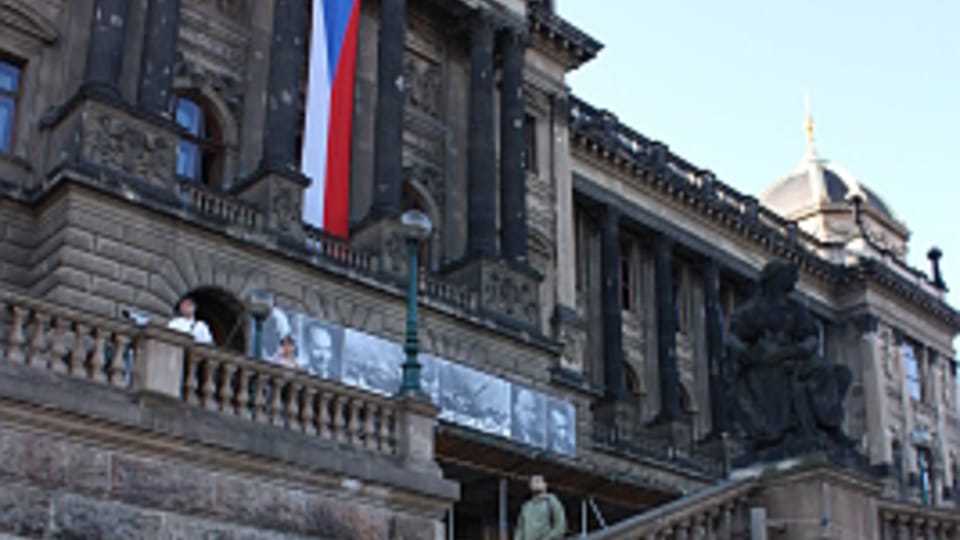 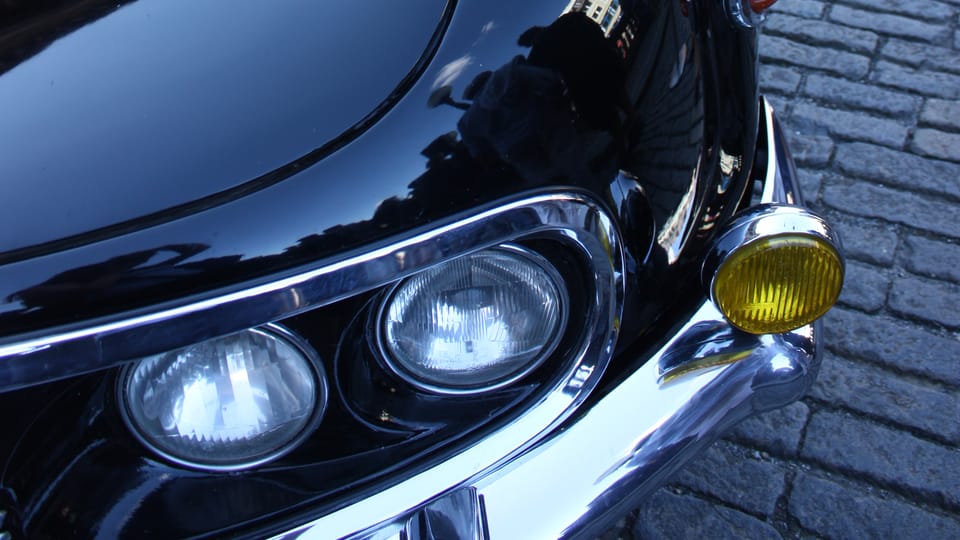 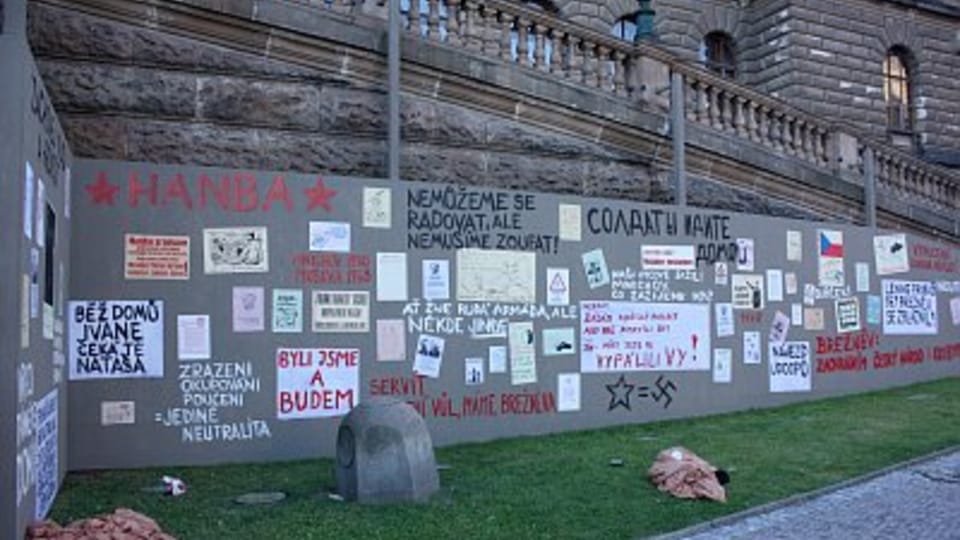 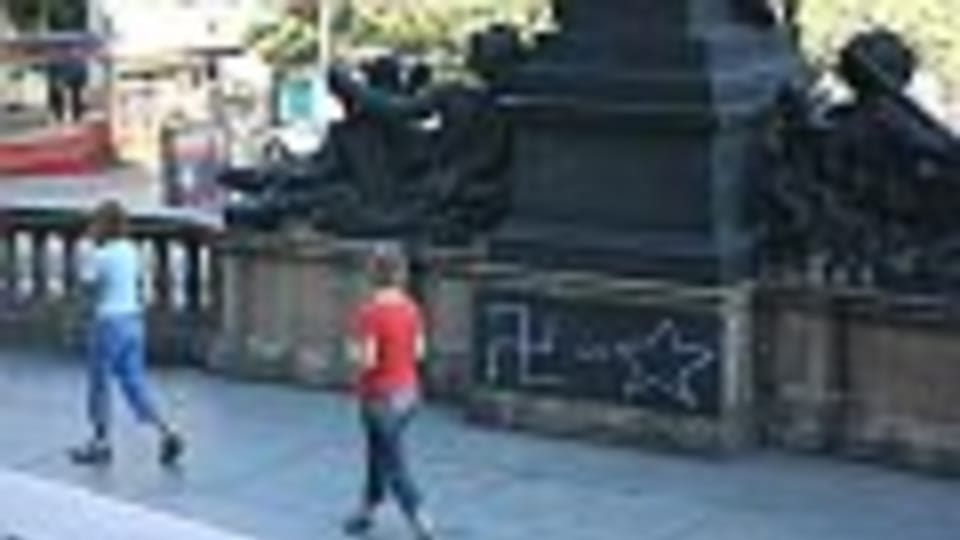 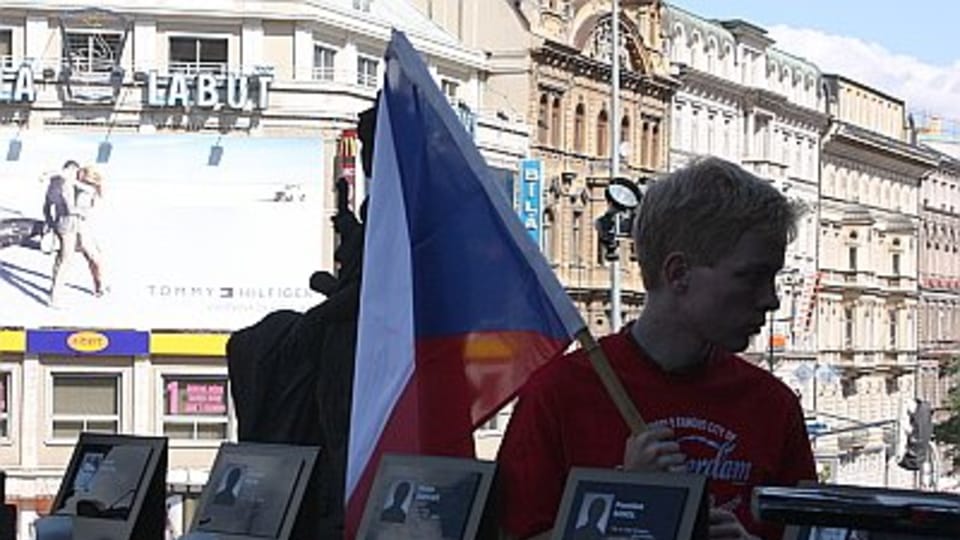 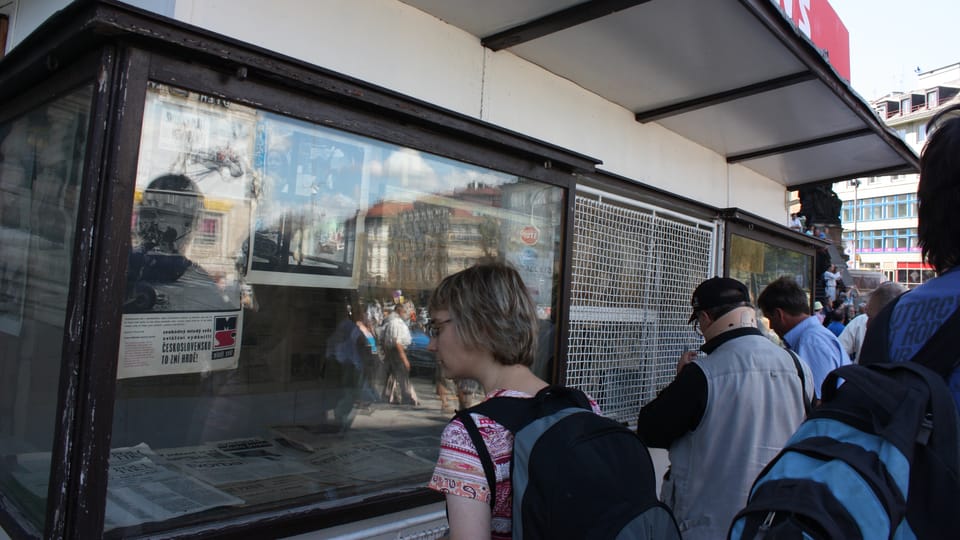