The Czech children's program "Vecernicek" is practically a national institution at the age of 40. The program, which has consistently combined the talents of excellent Czech illustrators, writers, animators and directors, is by now a part of the Czech cultural heritage. Kate Barrette finds out more about the show which has helped make animated fairy tales a part of this nation's identity.

Generations of Czech children have watched Czech Television's Vecernicek every evening for an incredible 40 years.

At seven o'clock, for seven minutes, children, often with their parents and grandparents, sit in front of the television for a bed time story - usually an animated fairy tale.

This year, the program is celebrating its 40th birthday.

Czech TV spokesman Martin Krafl says that since 1992, when the station established its archive, it has aired more than 1,000 new episodes of Vecernicek. He talks about the program's appeal and importance in this country.

"I have to say that the bedtime stories belong to our most popular programs. But it's really interesting that bedtime stories are popular not only with children, but with parents and grandparents, so we have to say that this program is broadcast for all generations in this republic. Actually parents and grandparents are very thankful if we repeat old stories and they recognize them and remember their old children's time."I

Zdenka Deitchova, a lively 78, is one of the founding members of the award winning group which created Vecernicek. She heads the Brati v Tryku animation studio in Prague. She began work there when she was still a teenager in 1945, and worked her way up the ladder from ink colourist to animator to director. She talks about the lasting quality and meaning of animated film for children.

"I am still at the studio and I love the work, I love the people. And most importantly, producing film for children - this is the best thing you can do. Because feature film, live action film - they age, and after a few years when you see one of these, it looks silly and somehow it makes you laugh. But cartoon film never ages - because the fact is you can look at look at the films which we made 40 years ago, or just in the year '45, and still, it's the same (good) quality."

Kremilek and Vochomurka, who live happily in the hollow of a tree trunk, are just two of many favourite Vecernicek characters. Others include Mach and Sebestova, two children with a magic telephone that helps take them anywhere in the world, and Maxi Pes Fik, a very large and friendly dog. 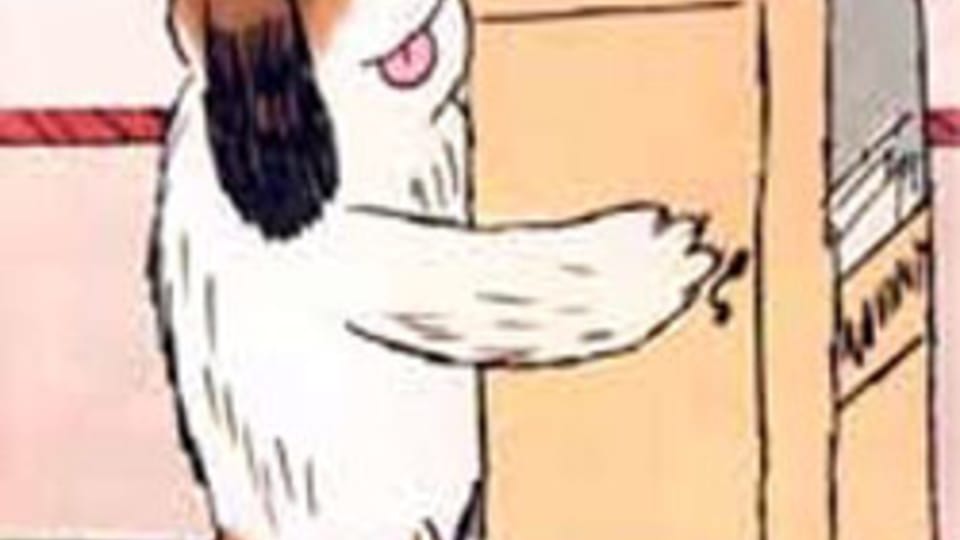 Martin Krafl talks about one of the most popular episodes of Vecernicek.

"The absolute number one, is just one bedtime story, and it's called Krkonosske Pohadky. And those stories are from the Krkonose (Giant) mountains. It's hard to describe in English but we believe that there is a ghost in these mountains which is an old man who used to live there for a very long time, and he's trying to do the best in his life for people who are living in the mountains. And as everywhere in the world, there are bad people and there are good people, and this ghost is helping the good people to survive."

The little boy's voice which introduces the show belongs to a man now in his forties called Michal Citavy. It has become a part of Czech national identity. Zdenka Deitchova talks about the day they found Michal.

Zdenka Deitchova
"It was summertime and we went to some village - I forget where it was. But there were little kids, I even don't know who told us about these kids. He (Michal) was at the cabin with his grandmother. And so we took these kids back with us, because it was just 25 km from Prague. We went to some recording studio, and you know these kids, it was really funny - because this director Mr. Bedrich he had to work a lot to really push the kids to say "dobry vecer" or something like that, you know it was really funny. But after all the hard work so somehow he got something from these kids."

This opening logo with the cartoon image of the little boy in his car, on his wooden horse, or on his bike, who says good evening to children at the beginning of the programme and good night at the end, is the longest running of any logo that has ever been on Czech Television. It was created by illustrator Radek Pilar, director Vaclav Bedrich and composer Milan Kymlicka in 1965.

"Several times somebody came and said we should change it - but children cry, 'No, no, no - we want to see this Vecernicek,' because this is some kind of logo, that every day at 7 p.m. you hear this short film - and children, you know they took it that it belongs to them, and they want to see it every day."

Zdenka told me a single five minute film is made up of 3,500 drawings. The classical style of animation which you see on Vecernicek is clearly expensive and time consuming; it has survived the arrival of digital technology and huge societal change here in the Czech Republic. But Zdenka believes taking the time and care to create a product of this quality has a lasting impact on children.