The latest film by the Czech director Bohdan Sláma Venkovský Učitel – Country Teacher – opened at cinemas around the Czech Republic on Thursday. In keeping with its creator’s previous pictures, Venkovský Učitel is a naturalistic and poignant drama. But the love triangle at its centre is rather unusual in the context of Czech cinema.

Bohdan Sláma
Writer-director Bohdan Sláma has two previous films to his name, Divoké včely (Wild Bees) and the award-winning Štěstí (Something like Happiness), which raised his profile internationally. His new movie Venkovský Učitel centres on an unusual love triangle. Bohdan Sláma:“I just got the idea of a relationship between a woman who falls in love with a man, who falls in love with the son of this woman. That’s the structure, I got the idea of this structure and this motif leads me through this story.”

To elaborate on its creator’s description, in Country Teacher a hard-done-by local woman approaching middle age falls for the teacher of the title, a sensitive soul whose reasons for moving to the middle of nowhere are unclear. He in turn has a crush on the woman’s son, a rather rebellious boy in his late teens. Zuzana Bydžovská as the mother, Pavel Liška as the teacher and newcomer Ladislav Šedivý as the son all put in excellent performances.

As for the theme, it is an unusual one for Czech cinema. But Bohdan Slama insists it is of a piece with his two previous pictures.

“In theme I think it has the same subject – people looking for love. I feel like we’re continuously working out this theme.”

Zuzana Bydžovská and Pavel Liška
Did you write for the actors who are in the film, with those actors in mind?

“Yeah, for Maria, for this woman - Zuzana Bydžovská is a great actress and I wanted to work with her. It was from her I got this idea of the character of Maria.”

Your last film Štěstí – or Something like Happiness in English – had a lot of international success. Did the fact that your name was perhaps better known abroad after your last film have any influence on the making of the new film? Were you thinking, this could work internationally?

“I would say first that the success of our last films gave me the chance to work on this project. The second thing is sure, I’m thinking for an international audience, that the story must be understandable. But it’s normal, the subject is a human theme – and humans are living all over the world…”

Pavel Liška
The first person to read Bohdan Sláma’s screenplay for Country Teacher was Pavel Liška, who is 36, and one of the leading Czech actors of his generation. He’s played leading roles in all three of the director’s films to date. Pavel Liška:

“My first impression was generally good, but I felt a kind of…debt to the script, because I know Bohdan a bit and I know how he expresses himself…It was a very sensitive subject for him and he was waiting expectantly on my reaction and I told him clearly what I liked and didn’t like. Later he only remembered my reservations. He was hurt and started to doubt himself, so we had to kind of find our way back to one another again.”

Pavel Strnad of Negativ films has produced all three of Bohdan Sláma's films to date:

Pavel Liška
“He uses long, several-minute shots. And I think that’s quite typical of his style. It gives the story a nice smooth movement, I would say. It’s very visual and at the same time it has an influence on the story. The stories are not so dramatic, or there’s not so much action in his films. But I think there are a lot of emotions and the characters are true and well written.”

After many years of working together, how would actor Pavel Liška describe Sláma as a director?

“I think the most accurate description would be honest. Bohdan wouldn’t be able to start working on a film if he didn’t have a strong inner need to speak about something, to touch people in some way, or to engage with some subject. That’s what makes his films ordinary – because he only talks about things which he himself knows something about. His themes are ordinary, but that’s why his films are so good – and, in the end, not ordinary.”

Ladislav Šedivý and Pavel Liška
At least one aspect of Venkovský Učitel is far from ordinary: its three stars have to get involved – in a hands on way, to say the least – as cows calve on the female lead’s farm. Director Bohdan Sláma:

“Those cows are very intelligent, very empathetic, and they really co-operated nicely with the whole team.”

Ladislav Šedivý and Pavel Liška
Do you personally have experience of farm life – is that something you know yourself personally?

“I was nearly three years working on a farm in Germany, feeding 70 horses. So I’m used to being with animals and I like it very much.”

What about the actors – was it a bit harder for them?

“(laughs) They…especially the actress Zuzana Bydžovská, she really felt close to the cows and she took it so emotionally, what’s happening with them, and this birth. So it was a big experience for us with the animals.”

Actor Pavel Liška is not a country boy himself – but says he thoroughly enjoyed the experience of making Country Teacher:

“I learned a lot. I was there as cows gave birth and that was fascinating. We lived in the country for two months…but actually working on a farm must be incredibly hard work. But still it’s just beautiful – beautiful!” 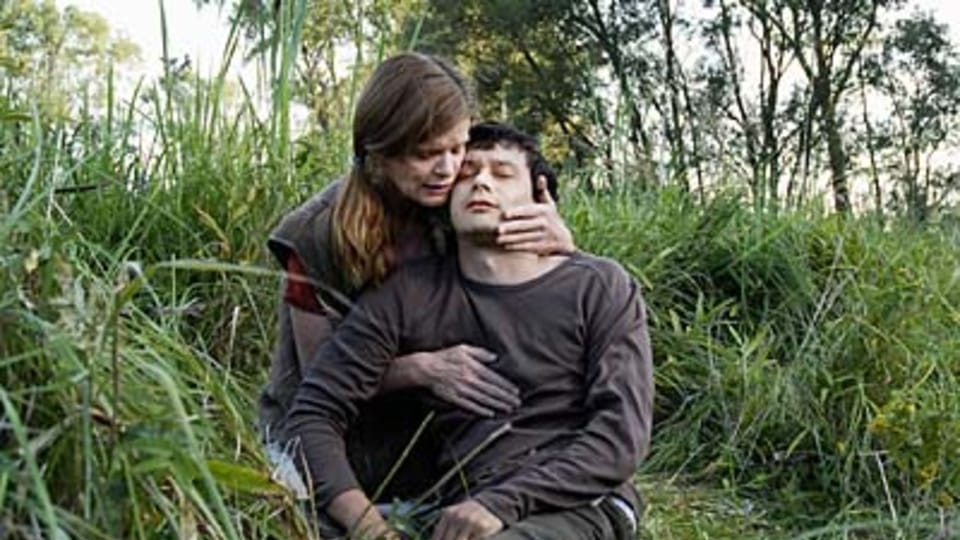 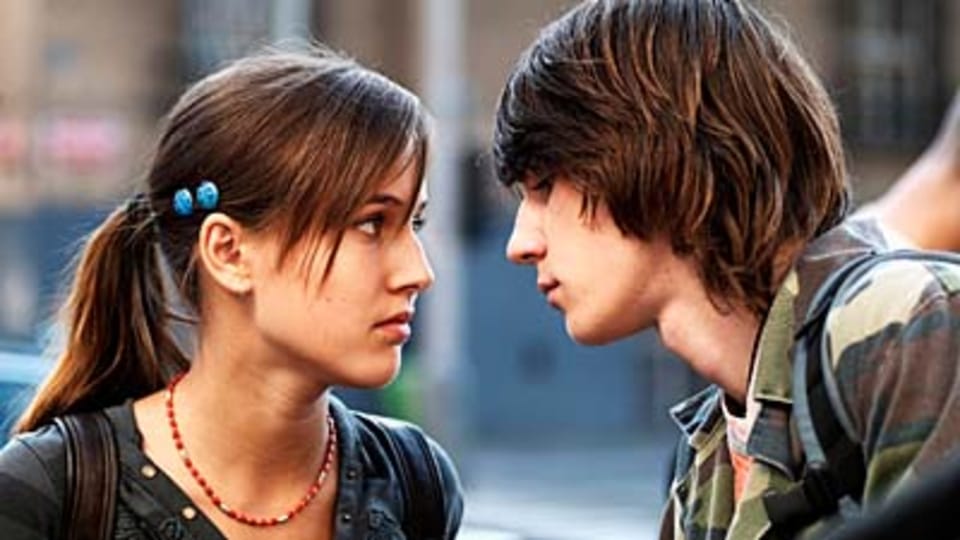