The Middle European Colony for Contemporary Art, also known as M.E.C.C.A, is a civic association dedicated to bringing important world issues to the centre of artistic creation. For the anniversary of the Soviet invasion in August 1968, it has organized a one-day festival to remember Czech history, to look at current Czech political issues, as well as worldwide issues. The location of the event is at the 18th century former barracks of Terezin, the town which the Nazis turned into a Jewish ghetto during the war. Kay Grigar went to Terezin as the exhibition was being set up.

Terezin venue for challenging "Middle European" art
Terezin
Just a few days before the festival, the sound of volunteers at work echoes through the Baroque archways of the dilapidated former barracks. Poignant black and white photographs jut from the ceiling. Jiri is from an international group of volunteers. He points to the problems of housing exhibitions in such an unusual space.

"It's not built for art, it's built for a completely different use. But I think the juxtaposition of this old military building and an exhibiting photograph featuring real human relations is powerful."

Are expressing human rights through art important to you and are you an artist yourself?

The festival of 'Middle European' Art
"I'm not an artist but it is always interesting to see pictures that show life in different countries, countries that you know much about. For example the pictures from Chechnya; though I know there is ongoing war with Russia it's not often I can see how the people continue to live in such surroundings."

Petr Larva is the chairman of M.E.C.C.A. We spoke as an exhibition of work by renowned Czech photographer, Dana Kyndrova, was being set up. Her exhibit is a reflection of the Soviet presence in Czech history. As Mr. Larva explains, the exhibition was conceived as three circles.

The festival of 'Middle European' Art
"All the pictures you see here are in connection with the Russian army in three roles. The first role was as a liberator of Czechoslovakia in 1945, then as the occupier in 1968, and finally the army that left the country just over a decade ago. In Terezin in this building, which was formerly used as an army barracks under the Soviet occupation.

"As you can see where we are standing is a Baroque hall with a linoleum plastic floor used as a gymnasium for gymnastics. It is most representative of all fortress barracks which gives added meaning to the exhibit and this historic property."

Yasha Rozov is the curator of "Israel Uncensored", an exhibit of polemical posters created by Israeli designers and students. The posters take a candid look at the complexities of Israeli society today and as Yasha describes, some artists chose to appropriate elements of pop culture into their work.

"The first poster we're looking at has the logo of 'Toy Story', the movie, and the image is one of those crystal balls that when you turn them upside down the snow falls down etc. So inside this crystal world we have a mini settlement with this separation barrier. 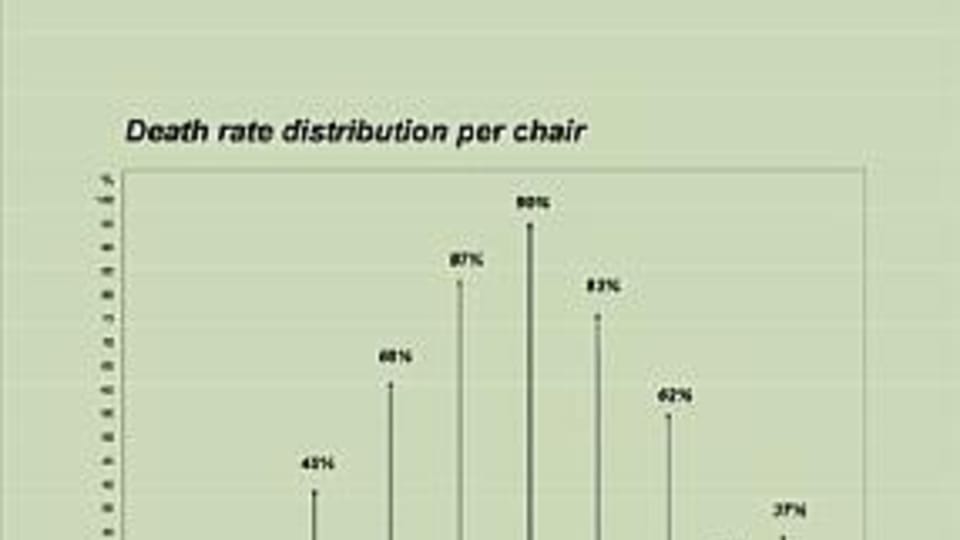 "It's either mocking or commenting on how these settlements or worlds are toy-like, in the sense that their existence toys with the existence of the artist. I don't want to interpret too much. The second poster shows a very mathematical drawing of a standard bus in Israel.

"It shows what the death rate distribution per chair is, in response to the spate of suicide bombings in Israel in the last couple of years. So he's taking this and turning it into very cold statistics. It's a very chilling poster."