In 1941, Nazi Germany turned the centuries-old Czech garrison town of Terezín into a Jewish ghetto and concentration camp. Over the next few years, some 155,000 people were held there in desperate conditions awaiting transport to the death camps further east. And yet, there was a well-documented flourishing of cultural life in the ghetto. Many artists also risked their lives to depict the harsh reality of daily life. But this is a story of the traces left behind by more ordinary people who endured those extraordinary times.

Lukáš Lev, photo: archive of Lukáš Lev
“They were hard to see, as they are more than seventy years old, and covered in dust. I began asking my friend to photograph them and started making posters of them. Later, I found for example this poem, written in Dutch, called ‘My New Bell’ – so were Jews from Holland here, too – one wrote a humorous poem about the scourge of bed begs.”

I’ve joined Lukáš Lev, an expert on Czech-Jewish culture, on a tour for American university students of the historic garrison town known in German as Theresienstadt, which was built in the late 18th century by Emperor Joseph II, ruler of the Hapsburg lands of which Bohemia was then a part, and named after his mother, Empress Maria Theresa.

But this is not a standard tour. We’re huddled together in a cold, dusty attic of a private house, straining to make out markings in chalk and charcoal from the early 1940s. Some are poems, others drawings and murals, others still simply names and deportation dates, scratched into attic walls.

Lukáš, who long worked as an official guide at the Terezín fortresses, has made it his mission to learn the stories and fates of people whose artefacts he and others have discovered throughout the historic garrison town. The attic hosts a permanent exhibition of his own making.

“Here, written in blue, I found something written in Dutch and the name Hanka Littenová. Later, I went downstairs to the pizzeria, and while having a beer, it occurred to me to search for the name on Facebook. I found three people with that name – it’s an unusual spelling – and wrote to them asking if, by chance, their grandmother or someone else from their family wasn’t in the Terezín ghetto. And all of them answered – ‘Yes, how did you know?’”

Photo: Lukáš Lev
Lukáš had not deliberately set out to find such traces of ordinary life in the Jewish ghetto. He quite literally stumbled upon them in this Terezín attic in 2013 while looking for a boiler, so that he could get the hot water going to his newly rented flat below, above a pizzeria. And so began his search for answers, and living relatives. In recent years, a treasure trove of such faded traces of the lives of people interned in the Terezín ghetto have been uncovered in the attics of such houses – time capsules from seven-five years ago that don’t readily unravel all their mysteries.

He learnt that Hanka Littenová had survived the war and tracked down her son, who came with his own family to see the attic on Dlouhá Street for himself. He has also learnt of four young Czech men who lived in the attic together, two from Prague, one from the mining town of Kladno, and another from the village of Bavorov. Two had been sent to their deaths in a sub-camp of the Dachau concentration camp called Kaufering, two had survived. He found many of their relatives and descendants as well, in places as far afield as New York and Bogotá, Colombia.

“It gives me goose bumps. It’s terribly exciting, terribly sad and yet a great pleasure to meet the descendent of the survivors.”

Initially, only the former barracks in Terezín had been used to house the Jewish prisoners. Once all of the local residents had been evicted, by mid-1942, new arrivals were crammed into flats in residential buildings. This massive overcrowding led to the use of attics, cellars, and even casemates within the ramparts of the walled city becoming make-shift housing. 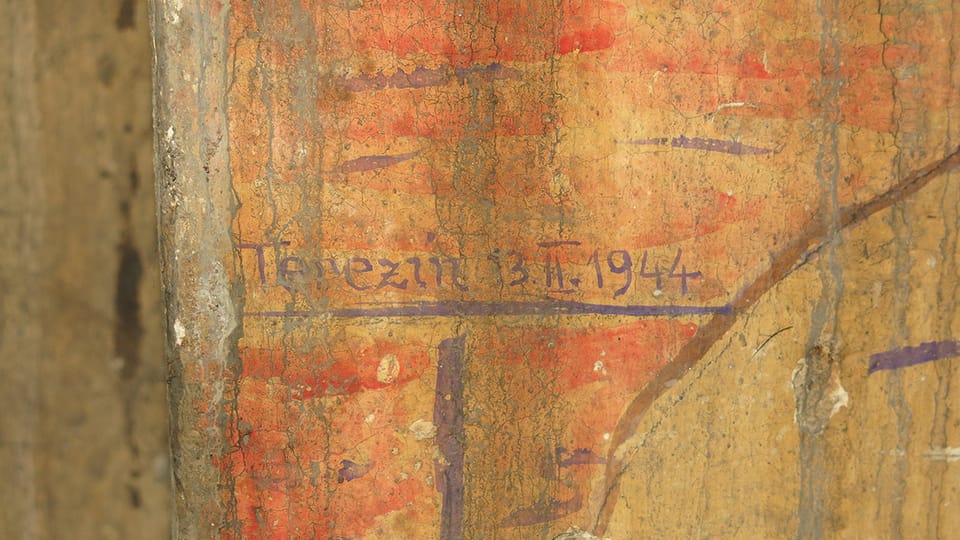 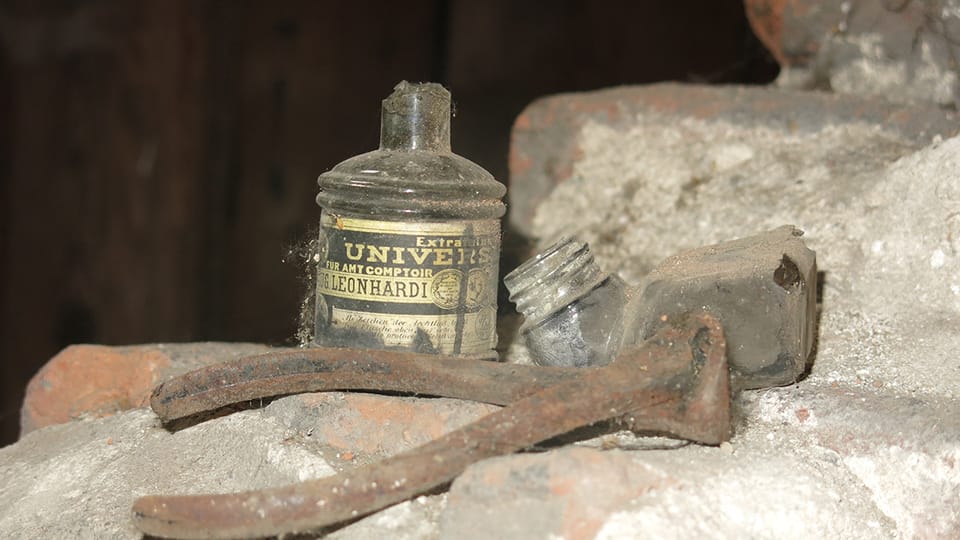 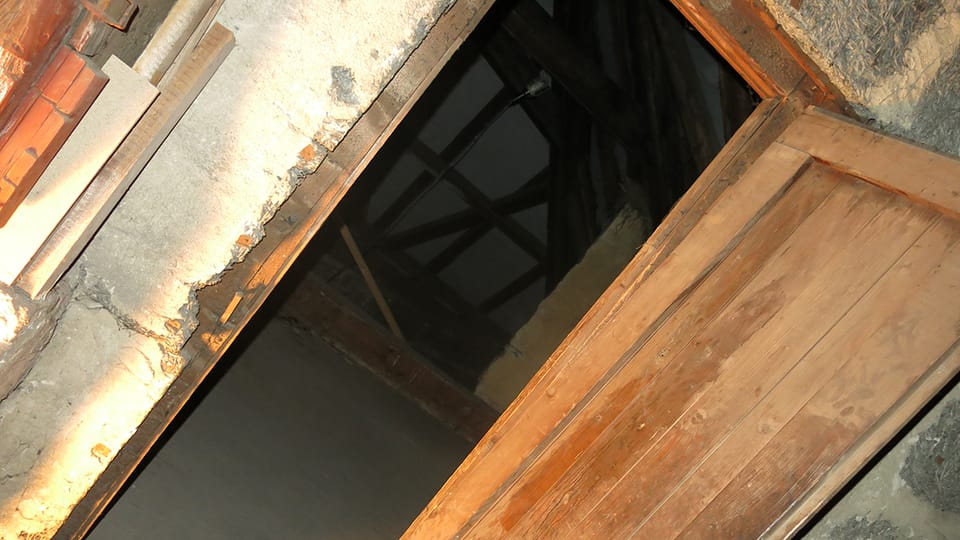 “I cannot nap, I cannot crap”

Although the Dlouhá Street attic had no insulation and a bucket for a toilet – as noted in an off-colour poem etched on one of the walls in Czech (“I cannot nap, I cannot crap”) and “there was nowhere to wash themselves properly, and they had fleas and bed bugs”, those housed here had it comparatively well, says Lukáš Lev – who has yet to identify the Dutch poet who wrote an ironic ‘Ode to a Bed Bug’, which reads:

“Oh, bedbug, oh bedbug. Oh, thou ugly beast, thou dance all night upon me. I lie, itching and scratching […] I feel you creeping, from my head to my toes.”

Terezín fortress, photo: Denisa Tomanová
Still, however hungry, cold, exhausted and plagued by bed bugs they may have been, there was a modicum of privacy, a precious commodity in the crowded ghetto. The Czech novelist and playwright Ivan Klíma, who survived incarceration in Terezín, recalled sharing a small flat with 32 people. In this attic, there were maybe four of five people.

“They tried to insulate the walls with hay, but there was likely no heating in the winter, under these Mansard roofs, where they made small living spaces called ‘kumbals’. Still, it was the most ‘luxurious’ place. In one barracks there were 5,000 people. And here, only four.”

More than 33,000 people died in Theresienstadt, one-fourth of all prisoners who passed through the ghetto. Another 84,000 died in the extermination camps. The attic residents’ longing for home, their dreams of escape, are made palpable through the art on the wall.

The most prominent and best preserved work of art in the attic Dlouhá Street depicts a section of the Charles Bridge with Prague Castle in the background. There is a statue of Jesus, crucified. In reality, that statue has Hebrew script above. In 1696, a local Jew named Elias Backoffen, accused of accused of blasphemy for having allegedly mocked the Holy Cross was made to pay for gold-plated Hebrew lettering which read: “Holy, Holy, Holy is the Lord of Hosts”.

But this drawing in the attic Dlouhá Street omits that demeaning sign. We can only speculate as to why.