A world of fantasy inspired by Salvador Dali, Joan Miró and Toyen:  the 6th annual sand sculpting festival in the town of Lednice, south Moravia, boasts a collection of amazing surrealist sand sculptures. Visitors awed by the works of art are invited to give it a go and create something of their own in a special sandpit.

Six years ago sculptor Michal Olšiak chose the town of Lednice for a sand sculpting festival. The endeavour was so successful that it established a new tradition. Every year Olšiak, Czech and foreign sand sculptors get together to create fascinating works for the duration of the summer.

This year, due to the travel restrictions in place, the festival had to do without foreign sculptors, but Olšiak’s family and friends from the art world at home chipped in to create an outdoor gallery of sand sculptures under the motto A Trip to Fantasy World. The sculptors were inspired by surrealists such as Salvador Dali, Joan Miró or the Czech painter Toyen. 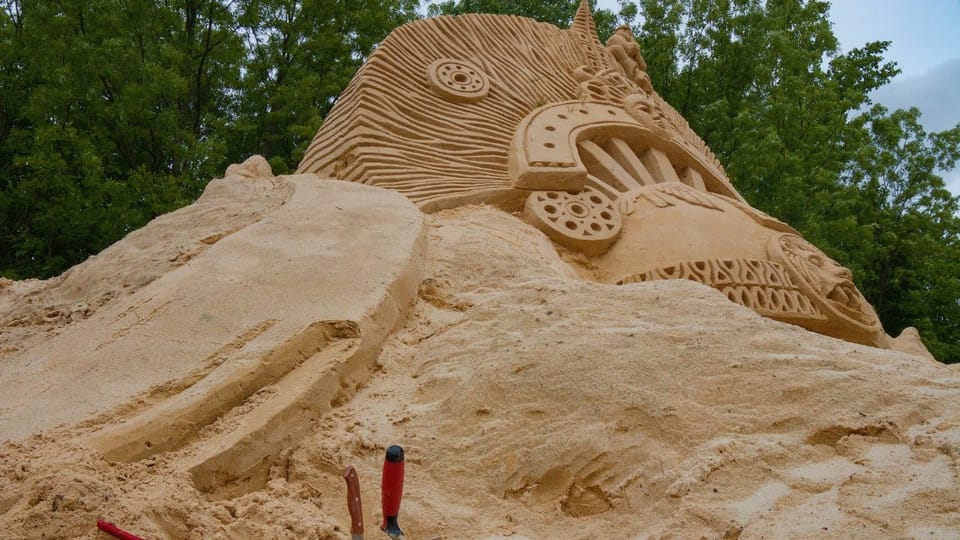 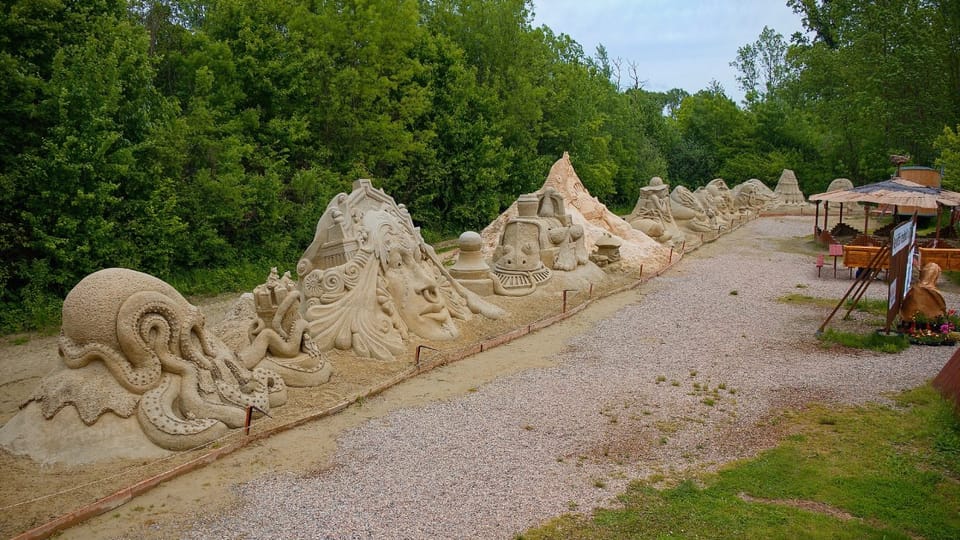 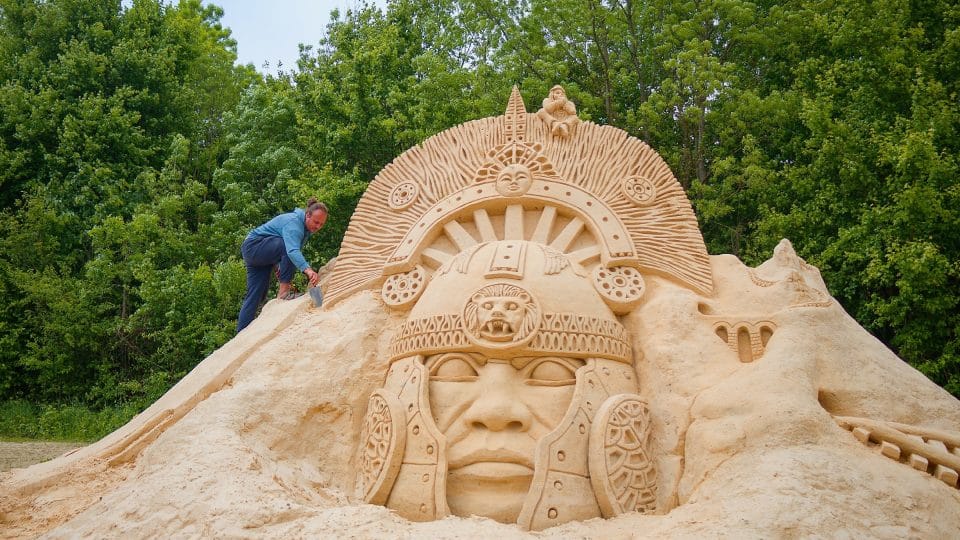 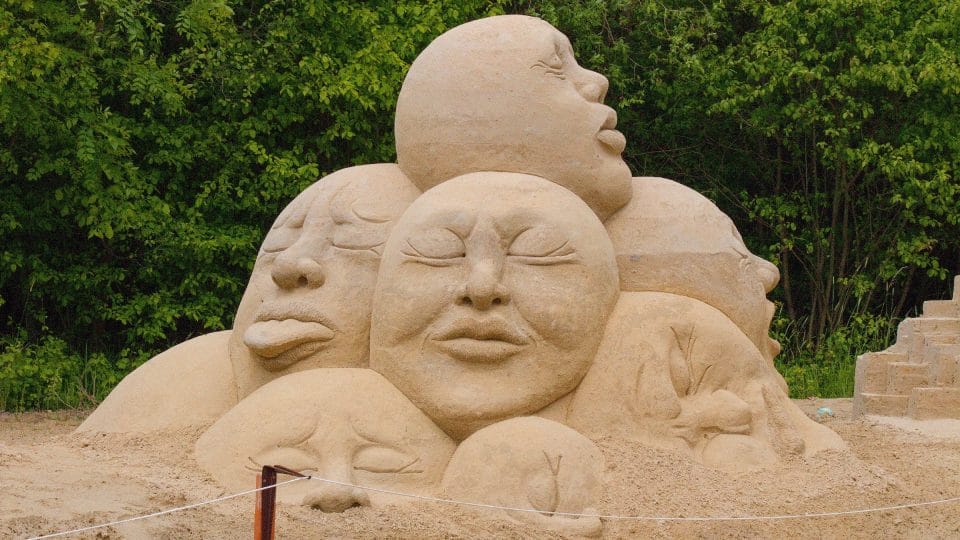 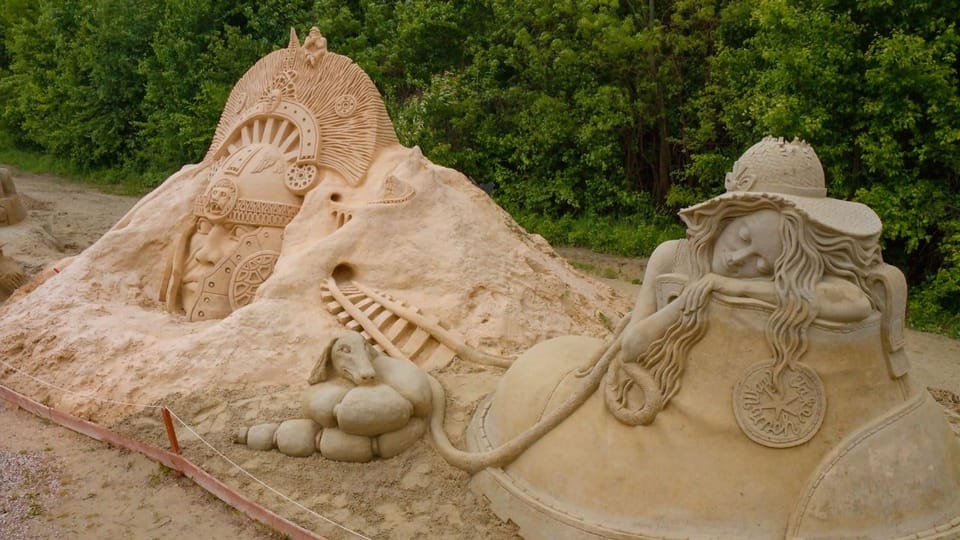 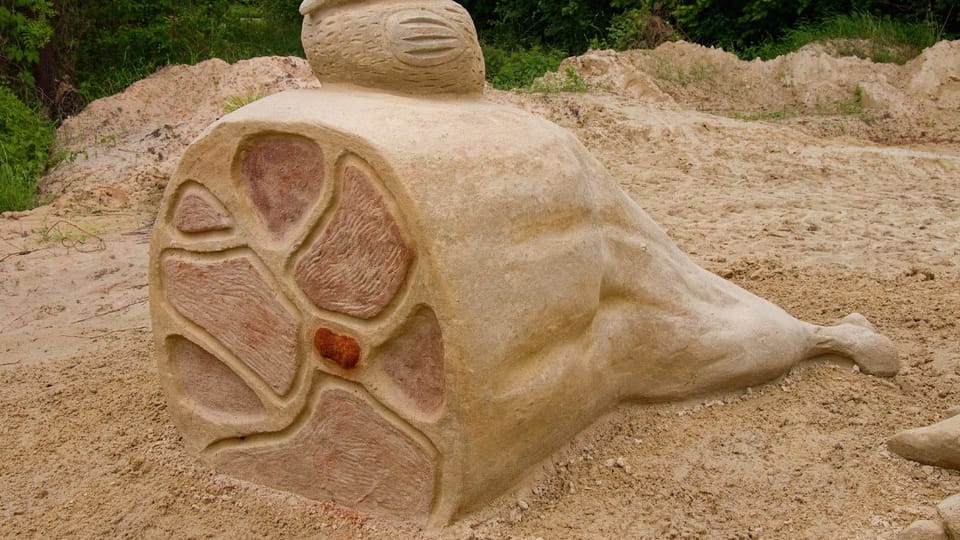 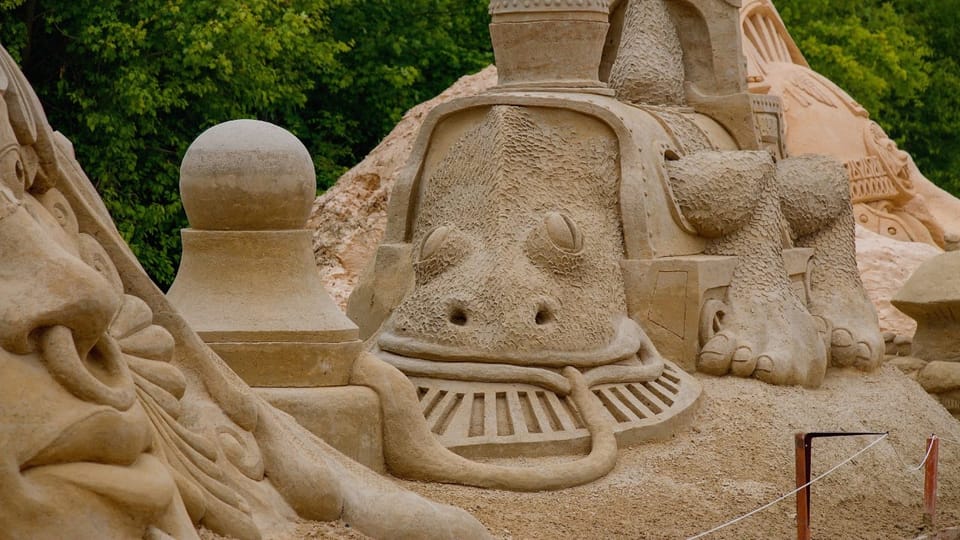 "The topic is one close to my heart –surrealism. The aim was not just to give a free reign to the imagination, but also to connect the works in some way and the sculptors interacted in order to achieve that – if you look at the girl sleeping in a shoe –the shoe strings lead on to the next statue like rails, and that connection takes it all to a higher level – it is all linked up."

Chess figures have a prominent role in linking up this bizarre world –a chameleon catches a chess pawn with its sticky tongue, the octopus spreads its tentacles to embrace a rook which has cats perched on top, there is a sea shell from which a crab like human hand emerges – all portrayed in elaborate detail.

After completion, the sculptures made from just sand and water are impregnated with a reinforcing solution to ensure that they withstand rain and last through the summer. When the season is over they are torn down, so that new works, on a new topic, can be created in the coming year. But by that time they have been captured on film by thousands of visitors.

The sand sculptures in Lednice will remain on display until the end of October, every day from 8 am to 8 pm. Visitors who are inspired by the works can try their hand at making their own creations in a   large sandpit specially prepared for that purpose.