Prague’s Old Town Square is a location so full of historical sights that one almost doesn’t know where to look first. But at the moment, one of the landmarks, a monumental sculptural group on the north side of the square, is hidden from sight. The bronze memorial to the Czech church reformer Jan Hus is under scaffolding and covered by a tarpaulin because it is undergoing much needed renovation. The sculpture, unveiled in 1915, is the best-known work by the Czech sculptor Ladislav Saloun.

Jan Hus memorial
“The Jan Hus memorial was very interesting and unusual at its time because it was asymmetrical. Hus does not stand in the centre but rather on the side, along with the winners, ‘God’s warriors’. He is looking at the church in front of him as if to say ‘I am a free individual and I want to make my own decisions’.”

Design theorist Dagmar Doskova is the granddaughter of Ladislav Saloun. Busy with sorting the family archives, she is in everyday contact with the legacy of her maternal grandfather, of whom she has very fond memories.

Ladislav Saloun, photo: CTK
“Grandpa was a very friendly and generous man. He loved people, nature, children, animals - all that was very important for him. He loved me, of course – I was his only granddaughter. We went out together to meet artists, journalists and such people who liked to think about life; those were great lessons for me. He made a lot of things for me, for example a puppet theatre that I adored. He played it for me and my friends. He made the flats, he painted them beautifully, he made the props and the puppets, he dressed them and made the whole family and friends enthusiastic about the theatre.”

Ladislav Saloun was born in Prague in 1870, just round the corner from where his most famous masterpiece would one day stand. His style was influenced by Art Nouveau, Symbolism and Impressionism. He travelled to Italy and France and got acquainted with Auguste Rodin. His works can be found around the country: a memorial to the inventor of the propeller Josef Ressel in his native Chrudim, another Jan Hus monument in Horice in East Bohemia, a monument to author Jindrich Simon Baar in the Sumava Mountains. Another of his works can be found in Trieste in Italy. Besides the monumental sculpture of Jan Hus, other well-known works by Saloun in Prague include the statues of the 16th century Prague Rabbi Yehudah Low and the Stone Knight outside the city hall just off the Old Town Square.

Saloun’s Villa, photo: author
Just as Saloun’s best-known work is being restored, by sheer coincidence another location closely connected with the artist has been reopened after years of renovation – the studio he had built in Prague’s residential Vinohrady district to be able to work on the Jan Hus memorial. Architect Michal Bartosek was in charge of the renovation. The listed building, known as “Salounova vila” or “Saloun’s Villa”, now belonging to the Academy of Fine Arts, will serve as a studio for visiting professors.

“The sculptor Ladislav Saloun decided to build this studio after he won the competition for the Jan Hus monument, because his studio in Wenceslas Square was too small for such a large work. He designed the building himself and had it built between 1908 and 1910. It is an Art Nouveau structure with exceptional features of Symbolist architecture which make this building quite unique and remarkable on a European level.”

Saloun’s Villa, photo: author
The studio looks nothing like other villas in the neighbourhood. Very modern-looking even today, it is organically connected with its garden and adorned with reliefs and such motifs as the signs of the Zodiac. When the renovation works were supposed to start, architect Michal Bartosek says he found the building in a dire state.

“It was in very bad repair. The state was not a good caretaker. The studio was used by a sculptor favoured by the regime, so we found here a few dozen heads of the first communist president Klement Gottwald and similar artefacts. First we had to carry out emergency works – to repair the sewage system, the roof. Meanwhile, the new owner, the Academy of Fine Arts, found a sensible new purpose for the building. Now the studio will be used by students and serve its original purpose.”

Saloun’s studio, photo: CTK
Apart from Saloun’s own studio, the remarkable building housed a parlour, a room inspired by Moravian folklore and an exhibition room. The villa was the venue of many meetings of the artistic and political elites of the day. Ladislav Saloun’s granddaughter, Dagmar Doskova.

“Grandpa loved people. He had many friends and loved visitors. Among the callers were poets, novelists, musicians, painters and sculptors, though there were also scientists, doctors and politicians. One of the poets was Otokar Brezina. One verse by Brezina is carved on the facade, and Brezina’s ideas are behind the ‘Greeting to the Sun’ relief on the wall. Other visitors included the violin virtuoso Jan Kubelik, his son, the conductor Rafael Kubelik, who were next-door neighbours, the writers Karel Capek and Alois Jirasek and the painter Alfons Mucha. They were all dear friends of the whole family.”

Ladislav Saloun is best known for his monuments as well as the decoration of Prague’s National Theatre, the Municipal House and the Prague City Museum, but the artist’s granddaughter, design theorist Dagmar Doskova says Saloun’s work has another dimension.

“Apart from the large monuments and decoration of buildings, perhaps the most interesting thing today are his psychological studies. Studies of distinctive, extraordinary states of the human mind, be it Contemplation, Concentration, or Dreaming. They are all studies of human heads which represent certain aspirations of the human spirit and genius.”

“Slavin“, Saloun’s final resting place in Vysehrad cemetry, photo: CTK
Ladislav Saloun died in October 1946, aged 76. He found his final resting place in Vysehrad cemetery, where many of the country’s most important cultural figures are buried. The sculptor’s granddaughter says his legacy lives on in the work of the generations which followed him.

“Saloun was one of the sculptors who founded the concept of Czech Modernism and, of course, the following generations, be it Otto Gutfreund, or other contemporary sculptors – they all have been influenced by the beginnings of Czech Modernism, so also by Saloun.” 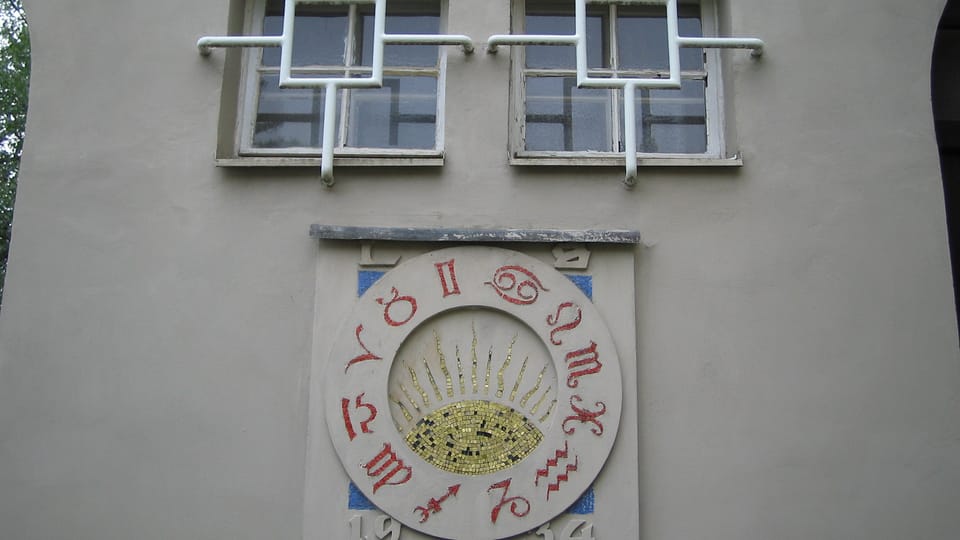 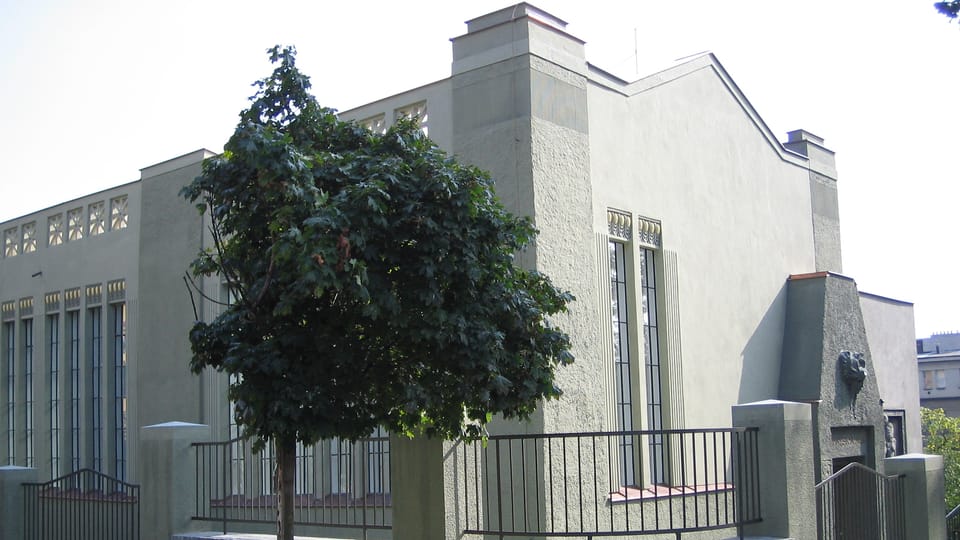 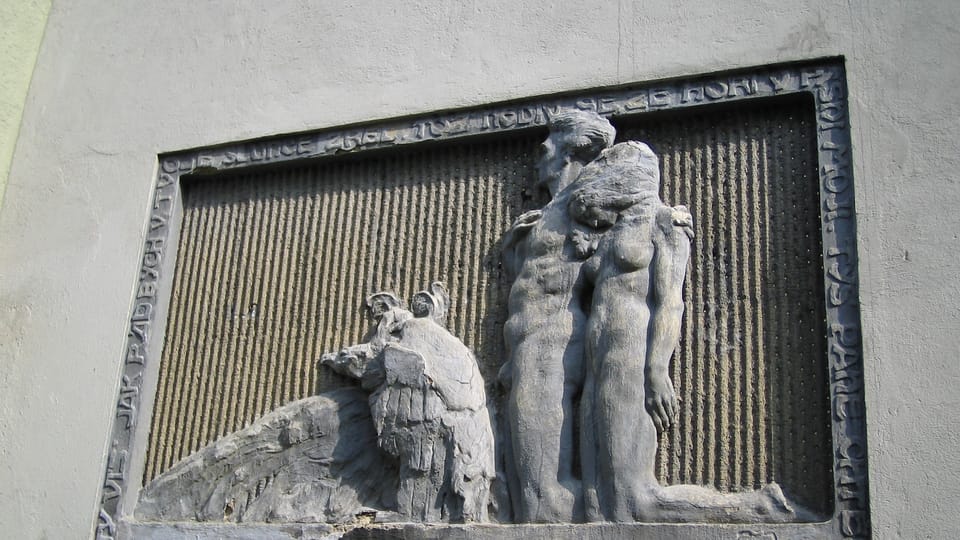 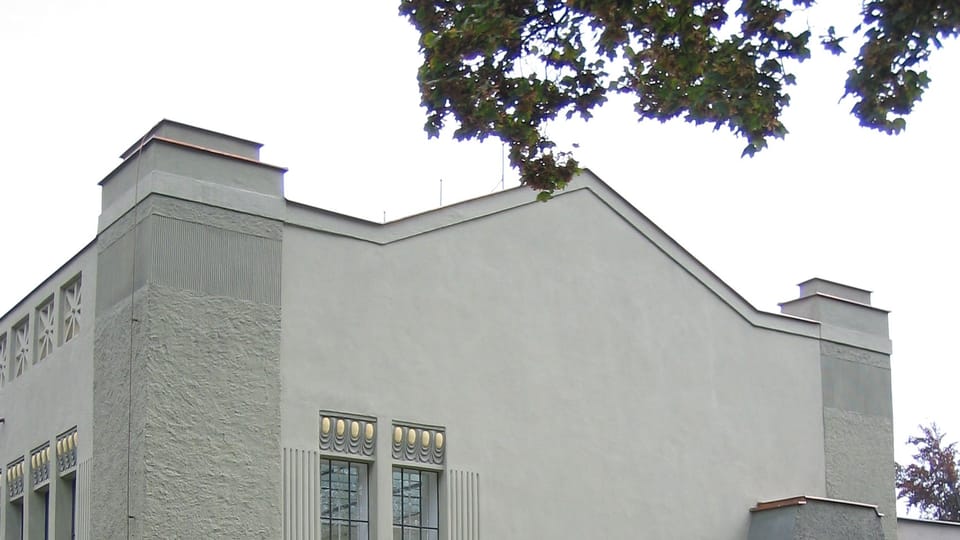 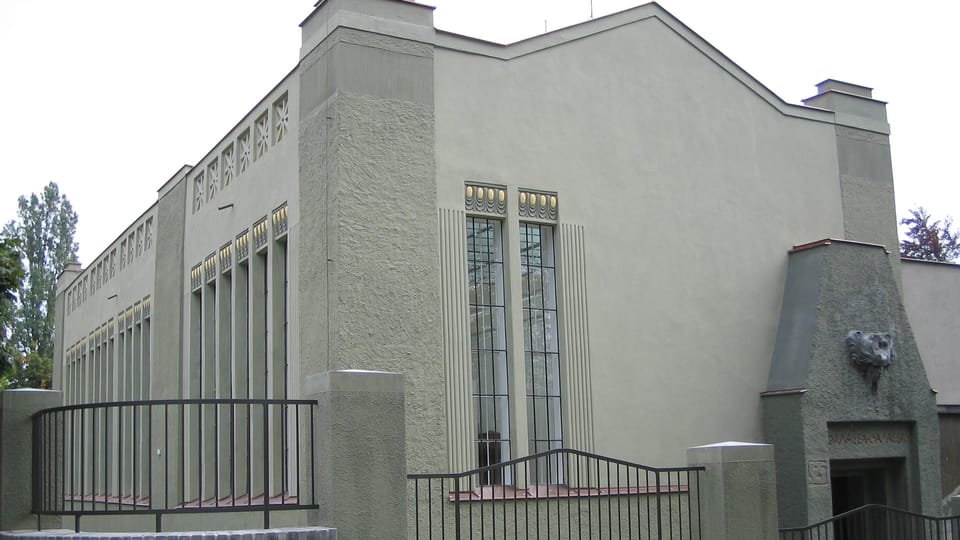 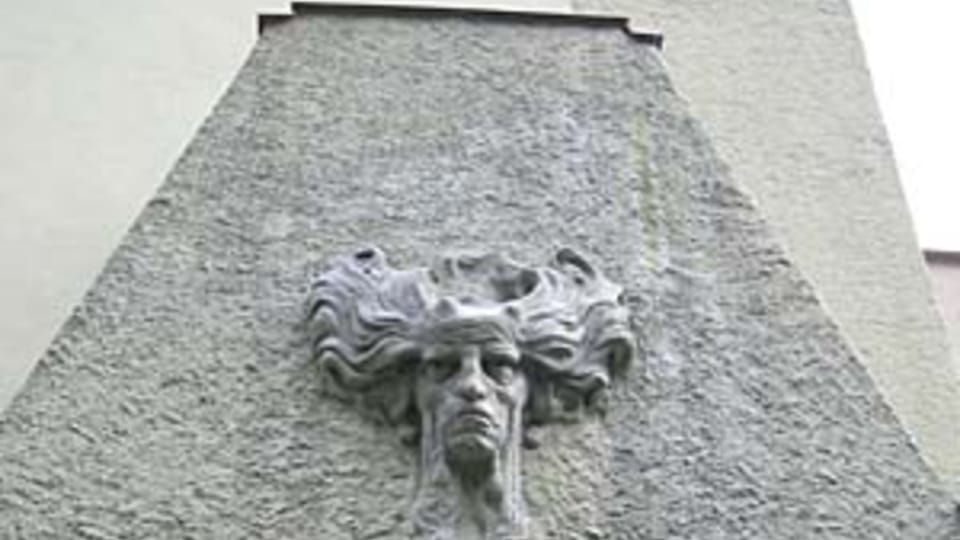