Queens Of The Night

Queens Of The Night

In 2011 Prague hosted its first Gay Pride parade attended by about one million people. Prague has since become one of the most LGBT-friendly cities in Central Europe. Today there is an active gay scene in the city with gay bars and travesty shows attracting locals and foreign visitors. To find out more about the life of a drag queen Lena Fix interviewed Edgardo, also known as Gizela Kova.

Edgardo by day and Gizela by night. That is the life of this 36-year-old Porto Rican man. Whether it is in Prague where he lives, or occasionally in south Florida, Edgardo regularly trades his flight attendant's uniform for high heels and wigs to become Gizela Kova. Edgardo tells us more about how he became a drag queen.

Edgardo: I started doing drag by accident a long time ago. I used to be a professional dancer. I had a knee injury. That’s when I stopped dancing and I started flying. And then I ended up moving with some roommates to Boston and one of them was a drag queen. One night she was doing a Destiny’s Child number and one of the girls backed out at the last minute, so she asked me if I could fill in for her. Literally, in two hours I was Kelly Rowland and I ended up being more popular at the performance than the actual host of the show.

One might think that Edgardo and Gizela would have the same personality. But Edgardo claims something different.

Lena: Do you think Gizela is that much different than Edgardo?

Lena: How much crazier than Edgardo?

Edgardo: Have you seen her show? Gizela, she has no fear. She does whatever she wants to, when she wants to. She doesn’t worry about what you think or anybody else thinks.

Lena: But do you?

Edgardo: I don’t because at that moment I’m Gizela.

Lena: Do you think you’ve learned anything from Gizela?

Edgardo: That I should probably not be shy. Because I’m really shy as Edgardo.

Lena: So you are way more outgoing as Gizela as you are as Edgardo.

Edgardo: Correct. Because it gives me a different perspective of myself. Like I can walk into a bar as Edgardo and I’m like the shy person that just goes to my friends and hangs out there. Whereas as Gizela is the one that walks in and says ‘The party has arrived! I’m here, let’s go!’. 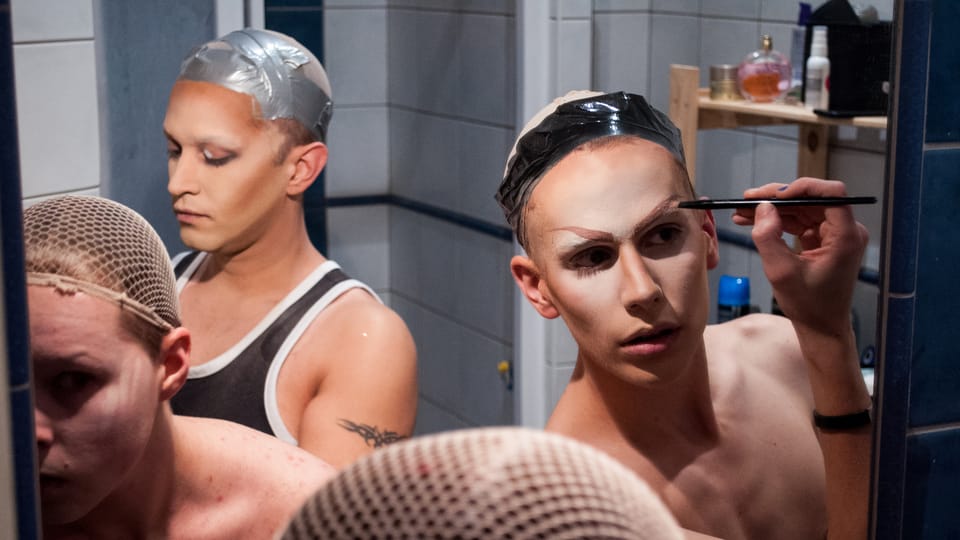 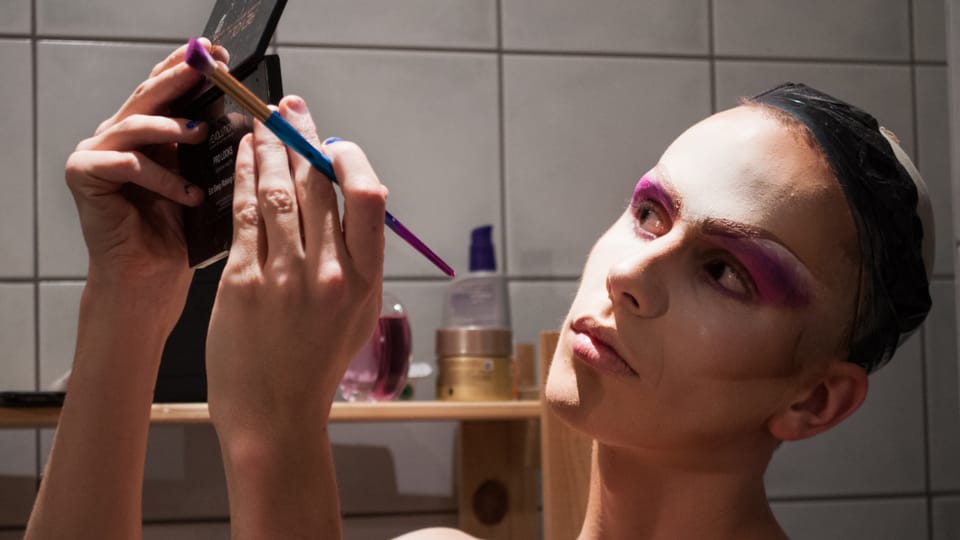 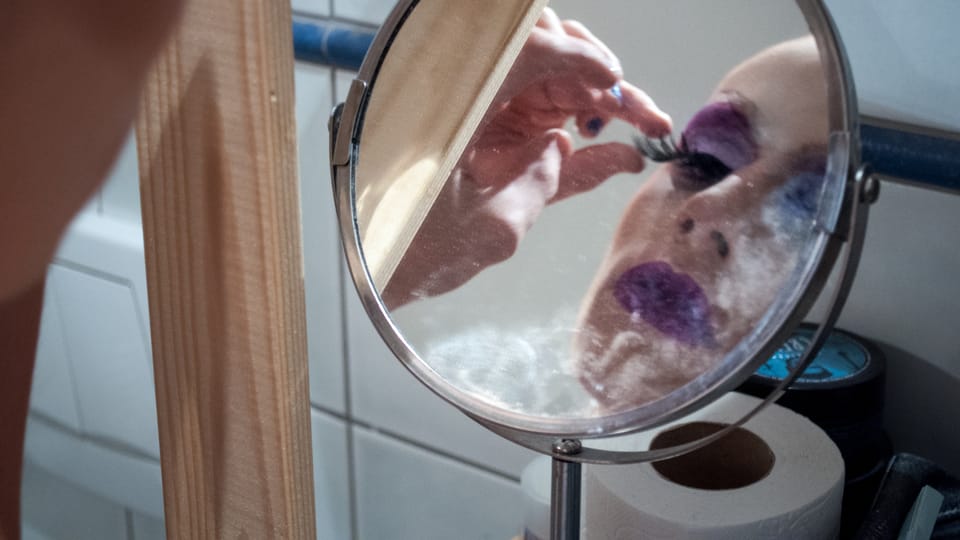 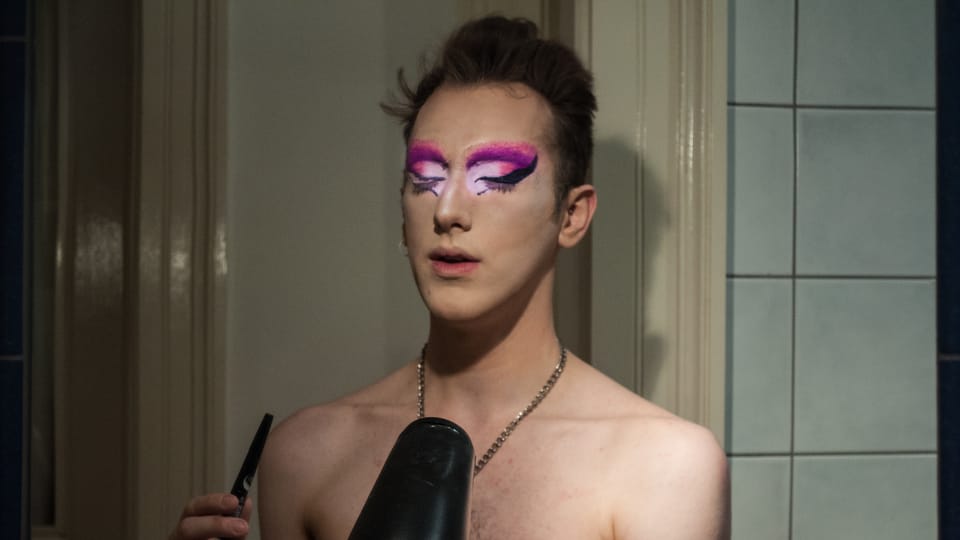 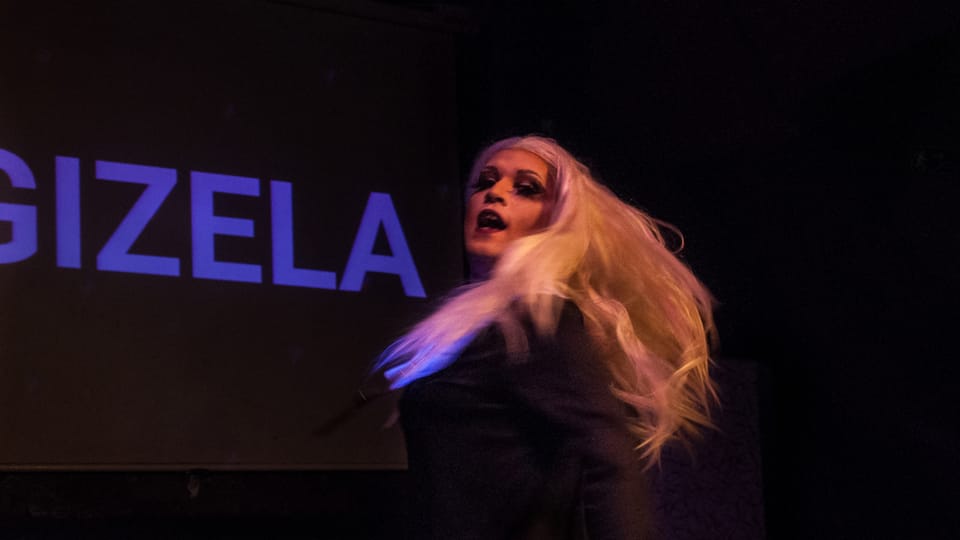 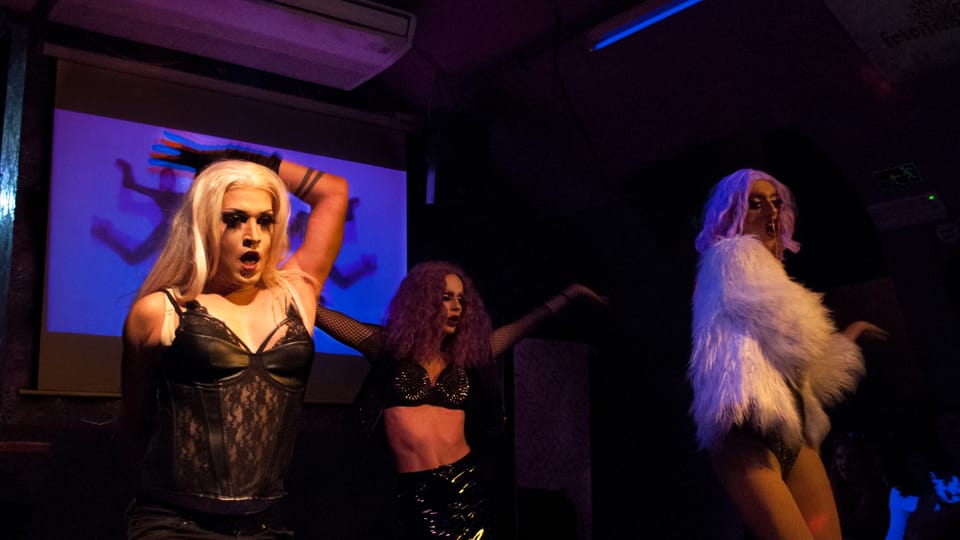 I was surprised to find out that Gizela and Edgardo have different social media pages. I quickly realized that was for other reasons than simply self-promotion.

Edgardo: Well, I prefer to keep it separate. Even though it’s actually not separate because every time I post something on either, I always tag my other self. I just keep the people separate so I know who knows me as this character or who knows me for real.

Lena: Being a drag queen does it affect your love life at all?

Edgardo: It does. The people you meet outside of drag, you can tell them that you are a drag queen, but it is always the same. They can’t handle the fact that you get a lot of attention when you’re out. And other people you meet, they fall for the drag queen. They think that’s you but they don’t realize that’s a character, you’re not like that all day.

Being more sassy and extravagant isn’t the only difference between Edgardo and Gizela. Appearance is key and going from man to drag queen takes a lot of steps. Those who say that women take a lot of time to get ready have obviously never met a drag queen.

Edgardo: It usually takes me a minimum two hours because I like to take my time. And the first thing that has to happen is music. I have to get in the mood. Without the correct music, I can’t go into that other character. Usually, I do the outfits beforehand. Because once the make-up is on… and it’s a lot of make-up! Covering the eyebrows, foundation… Sometimes you mess up an eyebrow and you have to take it off and start again. Once you have all that on, plus you have a wig cap, plus you have the masking tape, plus the hair, you start getting hot. So the last thing you want to do is have to look for an outfit after all that is done. I plan it so that once I finish the make-up, I’m onto gluing down the wig, putting on the outfit then I got to go because I’m going to be late.

Lena: And how do you go from your place to the club and how do people actually react to you showing up in drag?

Edgardo: I usually go through Uber, and they enjoy it. I’ve had the best conversations with Uber drivers. I got two phone numbers.

Lena: I’ve seen videos of you and the other queens going to Burrito Loco at 3 AM, how do they react to that?

Edgardo: They love it.

Lena: Really? So you have fans from Burrito Loco?

Edgardo: Of course! You’d be surprised how many people actually enjoy seeing a drag queen on the street. I have walked down Vinohrady in drag at 6 PM and everybody just enjoys it.

Lena: So you never had any bad encounters, any discrimination?

Edgardo: None at all. Which is surprising because I have heard that a lot of people have had.

Even if Gizela has never faced discrimination herself, that does not mean that the drag scene has never been misunderstood.

Lena: What do you think is the biggest misconception about drag?

Edgardo: That you do it because you want to dress up like a girl. Which is actually not what it is about. They don’t understand that it’s a form of art.

Lena: So you consider yourself as an artist mostly?

Edgardo: I mean if I spend two hours painting my face, it is the same thing as if I sat and paint for two hours. That’s an artist, right? You’re doing what you would normally do on a Saturday night at 4 A.M. after you’re drunk, except you’re doing it with a wig and clothes. I wish I could do drag as a boy. I wish I could go to a club as a boy and perform and death drop and twist and backflip but no one is going to enjoy it. Because as a boy you would only be another drunk in the club.

Lena: So it is not a girl impersonation. It’s a girl but ten times crazier.

Edgardo: Correct. It’s that girl that you would never want to take home to mom.

A lot of dancing and lip syncing, a tad of humor, great looks, and even impersonations. Gizela does it all. But in order to win everyone’s heart, in the United States and in the Czech Republic, Gizela had to learn how to adjust to her audience.

Lena: So do you perform the same way here than you do in the U.S.?

Edgardo: The Czech Republic is more about impersonations. People enjoy more impersonations of artists, whereas in the U.S. if you’re not death dropping every 2 seconds or cartwheeling or backflipping then everybody’s like ‘Who is she? What is she doing?’. Like here I can do Brittney (Spears) 7 days a week, 365 days a year, and everybody will love it. In the U.S. I do it once it’s OK, the second time it’s like ‘hmm. Yeah, we’ve seen it. We saw it last month, we don’t want to see it again.’

Lena: What is your favorite part about your performances?

Edgardo: My favorite part is when the people scream. Yeah, you could be performing and you can hear ‘Woo Woo Woo’ then when you hear like a huge scream and yell because you did a death drop or something, that’s the favorite part. Because it’s like ‘yeah, they’re enjoying it’. If I ever did a show and there was total silence I would retire.

Lena: So at 70 you will be death dropping.

Edgardo: Correct. And my wheelchair will be waiting for me outside.

But those days are far off and right now Gizela is, for many, a loving drag mom.

Edgardo: Basically the ‘House of Kova’ is mainly… we’re like a family. Family of drag peers.Basically, it’s my House and I’m the drag mother. So the people in my House are usually my drag daughters.

Lena: So could you explain what it actually means to be a drag mom?

Edgardo: Basically it just means that they’re people that you have taken under your wing that are not established drag queens. They’re what we call ‘baby drag queens’, who don’t have gigs, who are new to performing. You basically guide them, teach them, show them how to improve their makeup, make better clothing choices, liven-up their performances and make them the star that they should be.

So, I am going to leave the final words to Gizela’s daughters. Here’s how Melancholia Blackbile and Dima Arrest feel about Gizela.

Melancholia: Right from the start Gizela struck me as super welcoming and by creating the House of Kova I feel like she brought together a group of amazing girls who she is very supportive of, and I’m really honored to be part her House. She is fierce, she is professional, no matter the circumstances, and I have so much respect for her as a performer and as a person as well. Like, she’s a blast to be around and I know that me and the other girls can come to have her advice and she’ll try to help. So, thanks Gizela!

Dima: Performing with Gizela was just something spectacular that I can never forget. And the way that she helped us to get ready, helping me and all of us, just really proves what kind of a person she is. So, we love you girl!