Cemeteries across the country will soon fill with flowers and burning candles when on All Saints Day people visit the graves of their loved ones. But in Prague, there is one burial ground where few visitors are expected. The Malá Strana cemetery was only in use for about a century, and it now stands out as a unique monument in the middle of the dynamically developing district of Smíchov. A group of local enthusiasts have now got together to save this unique part of the city’s heritage.

Photo: Kristýna Maková
Today, the Malá Strana cemetery is wedged in between two busy roads in the industrial district of Smíchov. Trams now pass by the graveyard with ivy-covered tombstones and a small church of the Holy Trinity.

The cemetery was named after the city’s historic quarter below Prague Castle, on the left bank of the Vltava River – but it’s in fact not located there. It lies a good half-hour’s walk from Malá Strana.

Since the last person was buried there in the 1880s, its surroundings have undergone dramatic development. But little has changed in the cemetery itself, which for decades was left unkept and abandoned.

This year, an association was founded that wants to save and promote this unique cemetery. Gabriela Kalinová is one of its founding members.

“This cemetery has a very interesting history. It was first established in 1680 as a plague cemetery. The area used to be covered with vineyards but later, a plague infirmary for Malá Strana was set up here.

The Holy Trinity church
“These infirmaries were always set up away from towns to prevent the spreading of the disease. A small cemetery for the victims of the plague was set up here, which was then used again in 1713 and 1714 when Prague was hit by another plague epidemic.”

Some 70 years later, the reformist Emperor Joseph II ordered that all graveyards within urban areas be abolished, and the old plague cemetery got a new lease on life – it became the burial site for Malá Strana and other city quarters located on the left bank.

Unlike today, Malá Strana used to be the home of rich and poor alike. Along with stately aristocratic palaces and homes of wealthy burgers, many ordinary people lived there as well, as well as clergyman, writers, musicians and people from all walks of life. For about a century, they all found their final resting place in the Malá Strana cemetery. Jana Trojanová is another member of the association.

“The cemetery is also unique in that a whole century was recorded here. After it was abolished and no new burials took place, all the tombstones, the graves and the inscriptions, typical of that time, remained untouched. So the graveyard provides a nice sociological sample of Prague’s population over the span of a hundred years.”

The grave of the Holy Girl
When the cemetery was abolished, many people had their family graves removed to a new burial ground further away on the outskirts. But in the graves that remained lie some of the outstanding figures of Czech and German cultural life side by side with the most important industrialists of the time. Gabriela Kalinová.

“The cemetery is sometimes referred to as the cemetery of the Czech National Revival. But it could just as well be called the cemetery of the Gründerzeit generation, of the founders of Bohemian industry. Here used to be the graves of the Ringhoffer family, the founders of the machinery firm. The Odkoleks founded a big bakery that still exists today and the Sommerschuhs an important tile factory. One of the Portheims was buried here; his family used to own a big textile factory.”

Gabriela Kalinová took me for a walk around the cemetery with dozens or maybe hundreds of graves. Some have magnificent tombstones with delicate sculptures of angels and doves; others are marked with simple metal crosses. Ms Kalinová says it’s not quite clear how many graves are here, as the documents and records are often confusing. One small tomb is adorned with a little angel; it’s the grave of the Holy Girl, perhaps the best known inhabitant of the cemetery.

“Now we are approaching the most famous tombstone – that of the Holy Girl. Her name was Anna Degenová but we only know that she was four when she died. There are several legends about her life: one of them says that she saw her parents coming home, leaned out of the window, toppled over the rim and died.

“Another says that she dropped her doll out of the window and she fell after her. But we really don’t know anything specific – but in the neighbouring section, Mr and Mrs Degen are buried so we think they might have been her parents.”

Entering the Malá Strana cemetery, you cannot miss a large central monument dominating the whole site. It is quite tall, and it depicts a bishop kneeling down to read from a large book. It marks the grave of Prince Leopold Thun Hohenstein, the bishop of Passau, in Germany, who came to spent his last year in Prague. Soon after he died in 1826, his extraordinary tomb, well visible from the street, became the subject of legends.

“There is a legend about a proud countess who was coming back from a ball and stopped her carriage by the cemetery. She joked about the bishop reading his book all the time, and that she would like to see what the book says. But when she climbed the statue to see what was in it, she found her own name there. She died soon thereafter as punishment for her blasphemy.”

The romantic setting of the Malá Strana cemetery inspired several Czech authors, including the 19th century writer Jan Neruda whose parents were buried here and who placed one of his short stories here. Another one was Jakub Arbes, who eventually stood up against plans to have the whole graveyard destroyed.

“Some thought it would be best to raze the cemetery completely, divide it up into building lots and erect new houses. But some public figures strongly opposed those plans, mainly the writer Jakub Arbes.

Gabriela Kalinová, photo: TVP5
“He had good reason to do so as part of his family was buried here. His relatives were later exhumed and taken to another cemetery. But he came here as a boy to play because he lived nearby, and he was friends with the gravedigger’s son, as he wrote in his story A Cemetery That’s Dying Out.”

Earlier this year, Gabriela Kalinová, Jana Trojanová and some dozen other people founded an association which wants to preserve and popularize the site. They clear and identify the graves, organize walks and put out brochures about its history. Ms Trojanová says it’s rewarding work.

“We are all so excited about what we’re doing here. When we came, all the statues were covered in ivy, so what we do now is that we clear them to get to read what the tombstones say. There are so many of them and there are very few records so we keep discovering amazing things.”

After the Second World War, there were attempts to turn the Malá Strana cemetery into a public park, with paved paths and benches. The graveyard was in fact until recently open to the public but vandalism made the authorities close it down again. Jana Trojanová hopes her work and that of her friends will eventually draw attention to the unique cemetery, and money will be found to renovate it.

“As you can see, all the paths are well kept and people can walk about. But there are no plans for the revitalization of the cemetery; we need to find out more about the graves, and we also have to figure out what to do with all those trees and shrubs and so on. That’s a long-term project that will need a lot of money but we think all it needs is an impulse.”

The Malá Strana cemetery is just a few tram stops away from the busy area of Anděl. If you’re in the mood for a romantic walk around the cemetery on one of those gloomy autumn days, you will find the contact information at www.malostranskyhrbitov.cz. 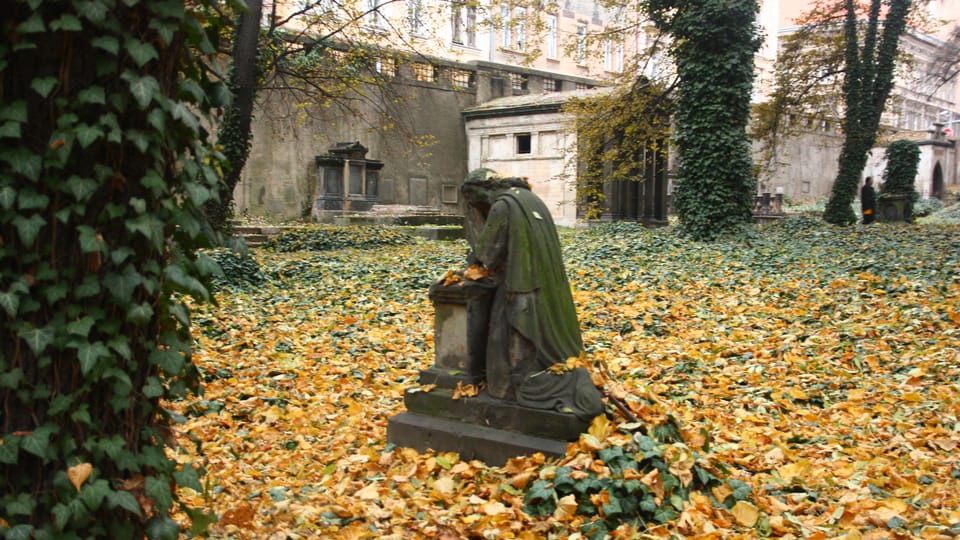 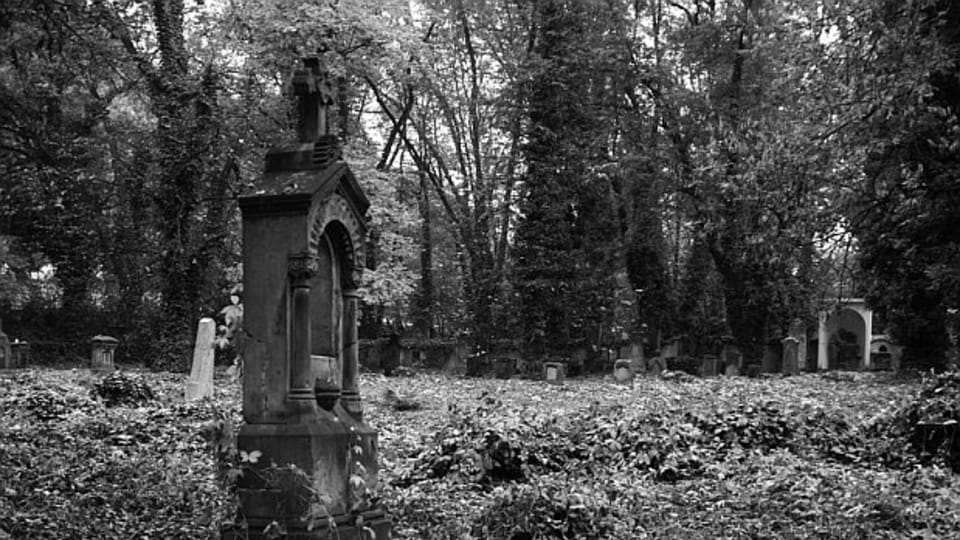 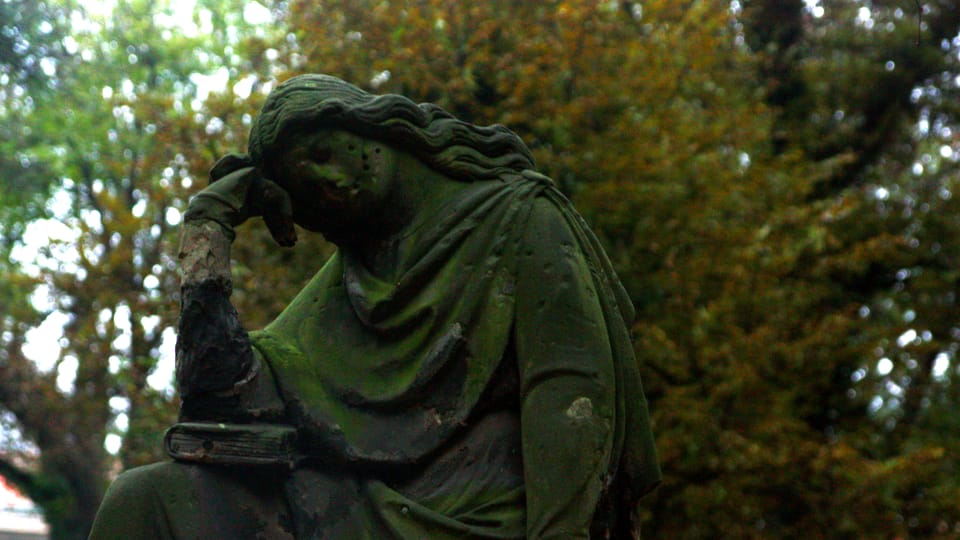 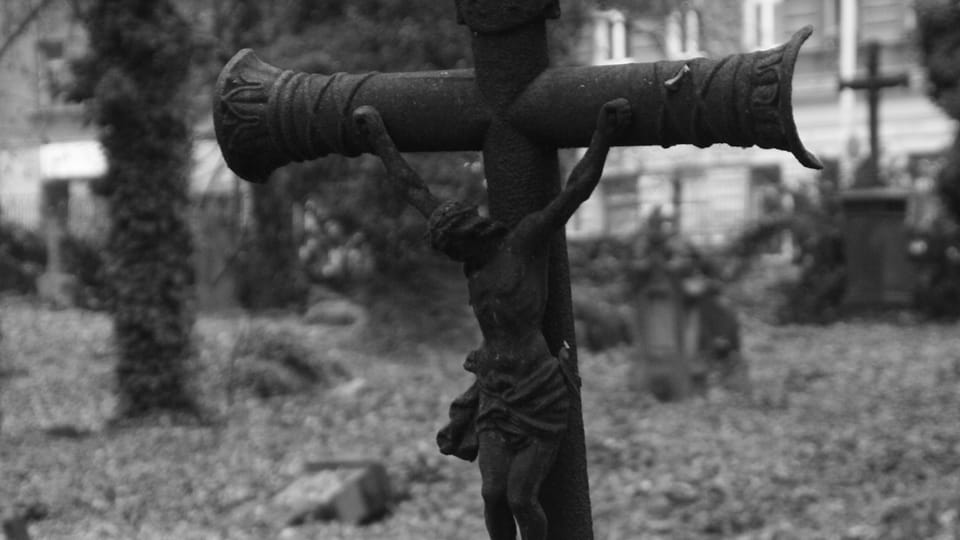 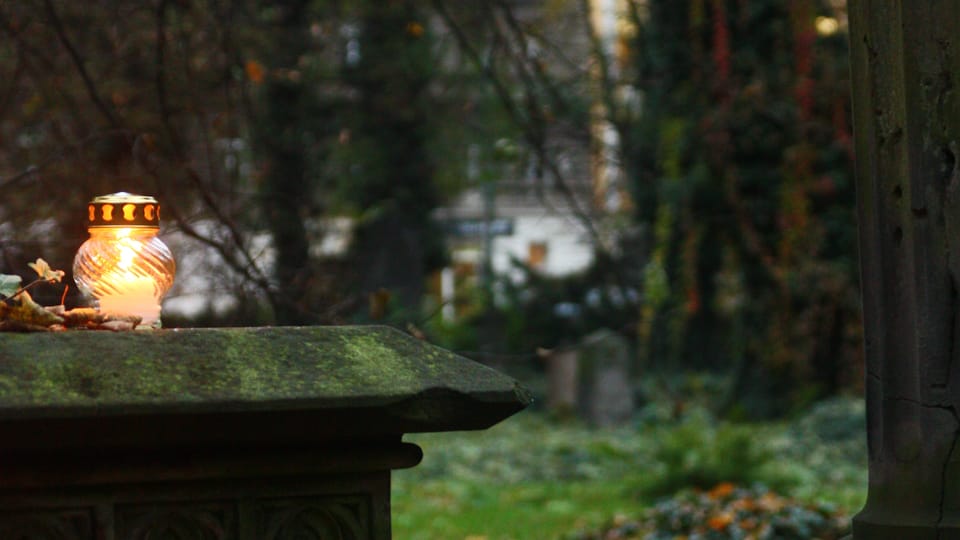 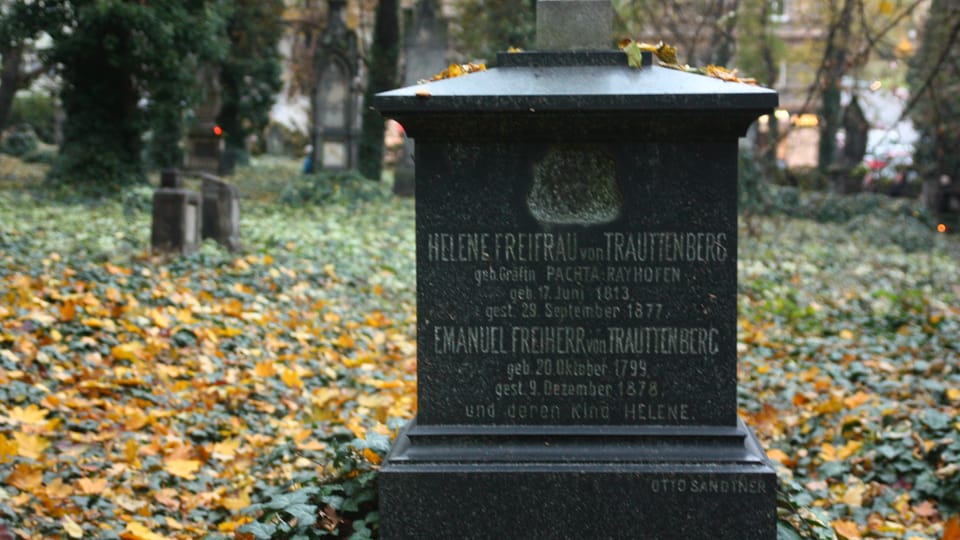 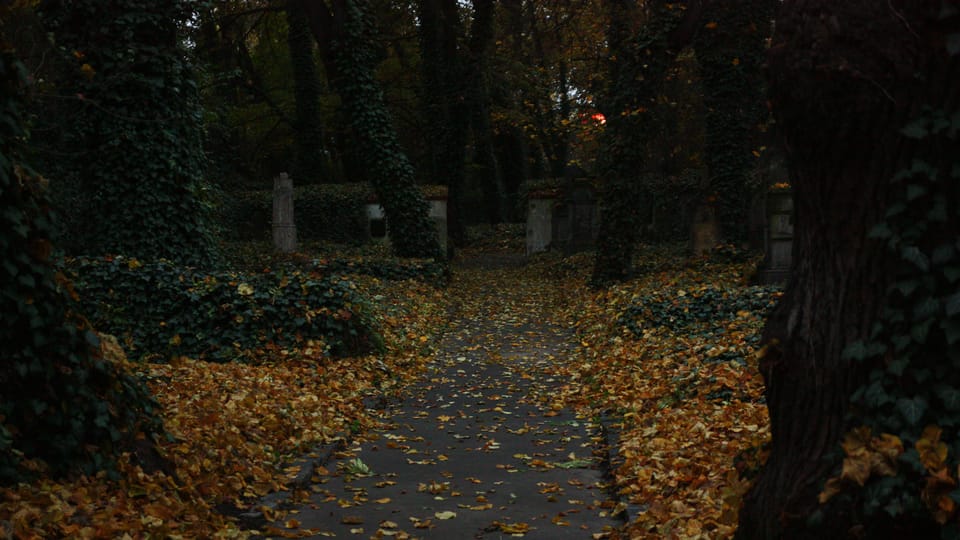