This Tuesday, Prague Zoo marks exactly 90 years since its opening. At the time, the zoo looked more like a construction site and visitors could only see about 30 animal species. Since then, it has developed into one of the world’s leading institutions of its kind and has been involved in a number of projects aimed at saving endangered species.

Just days ahead of the anniversary, I paid a visit to Prague Zoo to discuss both its history and plans for the future with deputy head for zoology, Jaroslav Šimek. I started by asking him what the place looked like on the day of its opening, September 28, 1931.

“It was a very special day for the city of Prague, of course. The opening of the zoo was preceded by long discussions about when and where it should be established.

“There were some crazy ideas, for instance to have it on one of the islands on the Vltava River in the centre of the city. So the final decision to have it in the Trója neighbourhood on the edge of the city was a very good one.

“On that particular day, the zoo was still a construction site. It wasn’t finished yet and it was open only on weekends and on public holidays.

“The floods were a disaster, but at the same time, it was also the start of a new era for Prague Zoo.”

“There were not many animals here at the time. In total there were less than 30 species of animals, including European wolves, red foxes, red deer and roe deer and various kinds of birds of prey.”

“Probably the most interesting animal people could see on the very first day was an African lioness called Šárka. She actually arrived in the family of the zoo’s finder, Professor Janda, a year before the zoo was opened. But since nothing was ready at the time, she stayed in his villa.”

One of the people who greatly contributed to the development of Prague Zoo was Zdeněk Veselovský. What kind of changes took place under his leadership?

“That’s right. Zdeněk Veselovský became the zoo’s director in 1959. That year, Prague hosted the first ever international symposium for the conservation of the Przewalski horse species which is linked to Prague Zoo from the very beginning. And, on the occasion, Prague was entrusted with leading the international studbook for this species.

“It was during his era that Prague Zoo started to be known not only here in Prague but also on the European scale due to his personality, and due to a number of breeding successes.

“Just to name a few, it was under his leadership that the first ever orangutan was born in a Czechoslovak zoological garden. But there were also cheetahs, sea lions, flamingos and many others born at the time. So the name of Professor Zdeněk Veseloský was definitely very important for the history of Prague Zoo.”

One of the most difficult moments in the history of Prague Zoo were the disastrous floods in 2002. What kind of changes have taken place since then and what measures have you taken to  prevent similar things from happening in the future?

“The summer of 2002 was really something unexpected. The Zoo has two different areas and the one by the river was completely destroyed by the floods. Many buildings completely disappeared and the ones that remained had to be completely renovated.

“Once the reconstruction started, it was not the old zoo as we knew it any longer. The old buildings that could be saved were completely reconstructed, such as the old penguin house or the old house for water birds, today known as the Sichuan House.

“At the same time, many animal enclosures were built from scratch. What is known today as Monkey Island, in the lower part of the Zoo, wasn’t here before. It was done after the floods. So it was a disaster, but at the same time, it was also the start of a new era for Prague Zoo.

“At the same time, efforts were made to remove the iron bars, rails and fences and if possible, replace them with them with new kind of barriers, such as dry moats, so that visitors could watch the animals directly.

“It also became clear that we would have to move the elephants, the largest animals at the zoo, which are difficult to manage in crisis events such as floods. The new elephant house was finished in 2012, just in time before the second floods came a year later.

“At that moment, at least the elephants and the hippos were in a safe place in the upper part of the zoo. The next to be moved are the gorillas, who unfortunately had to suffer the second floods as well.”

More recently, Prague Zoo has been hit by the restrictions related to the Covid outbreak. How has the Covid-19 pandemic affected the running of Prague Zoo and how has it affected the animals?

“The Covid-19 pandemic was nothing pleasant, because the zoo had to be closed for a total of 250 days. Something like that has never happened in the history of the zoo before.

“There was no financial income from visitors, of course. The only way the visitors could support the zoo was to buy something in our e-shop, to send some money for the animal adoption scheme we devised, or to buy what we called an ‘entrance ticket for better times’.

“However, ordinary life at the zoo did not stop. All the animals were here and we had to take care of them. So it wasn’t difficult only for the animals, but also for the people working here.

“There were some animals that contracted Covid-19. Fortunately enough, it was nothing serious. It was diagnosed in some big cats and it also hit the gorilla family, but luckily without any severe impact.”

Would you say that some of the animals actually missed the visitors?

“I would say some animals didn’t even notice. On the other hand, there were species that really found it very strange and unusual, such as the gorillas, the primates, the giraffes or the sea lions.

“For them it was a strange period, because they enjoy seeing visitors. It’s a distraction for them, something like watching TV. When the visitors disappear all of a sudden, it can cause them stress, because something is different than it used to be.”

As you said, there were lots of things going on despite Covid and you mentioned the construction of a new gorilla pavilion. When is it going to be finished and what can the visitors look forward to?

“The Gorilla House construction is our number one activity at the moment. Fortunately, it didn’t stop during Covid, although there were some delays.

“The pavilion will be open to the public next year and it is going to be a completely new experience both for the gorillas and for visitors.

“The area will be much larger and there will be not just gorillas living in the new enclosure, but also other species. For the first time the gorillas will share their space with another species of primates, but I don’t want to name the species just yet.

“There will also be two small exhibits of some smaller animals, including invertebrates. So we are trying to put a maximum effort into creating an atmosphere of Central Africa for visitors.” 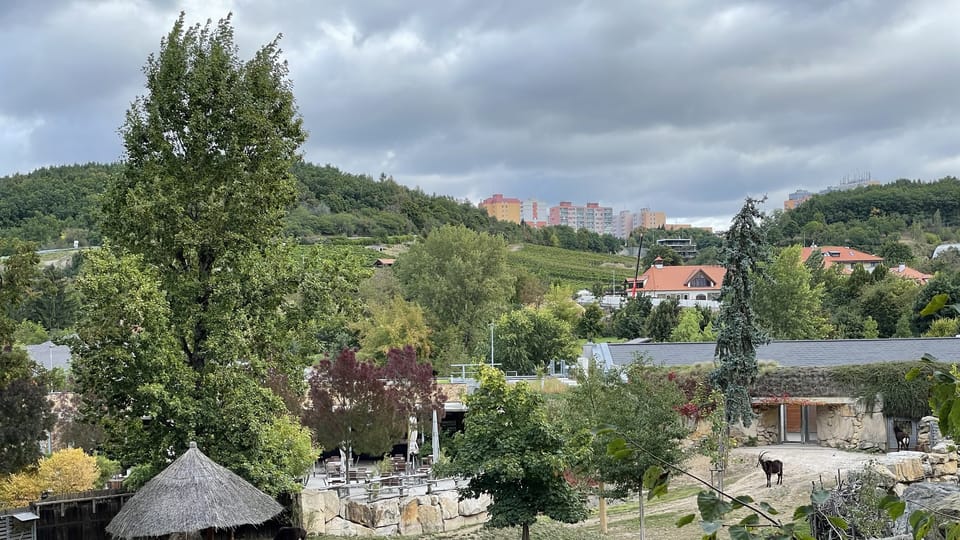 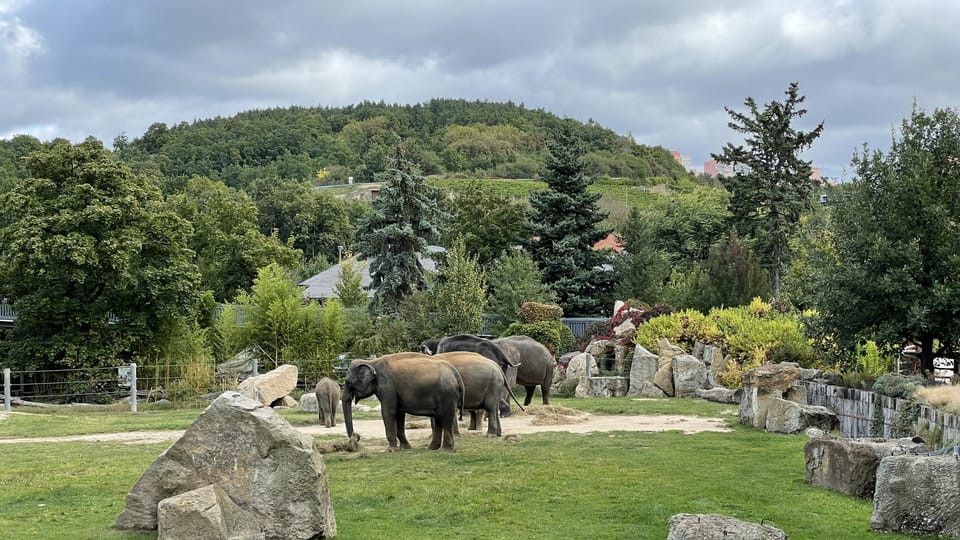 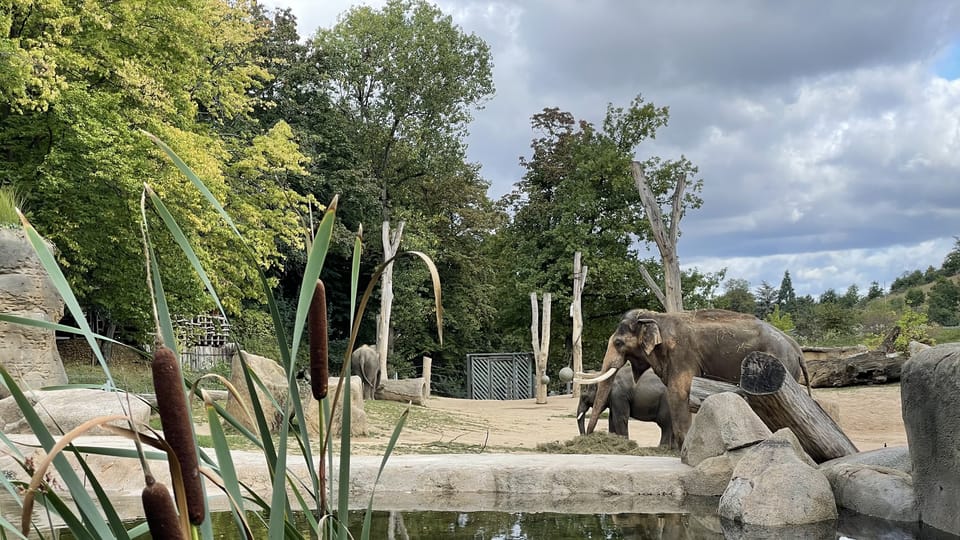 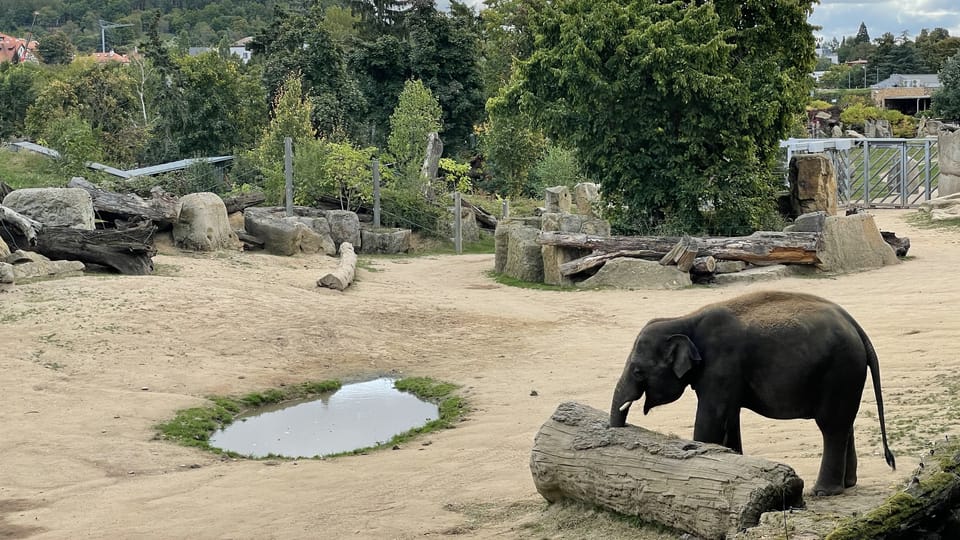 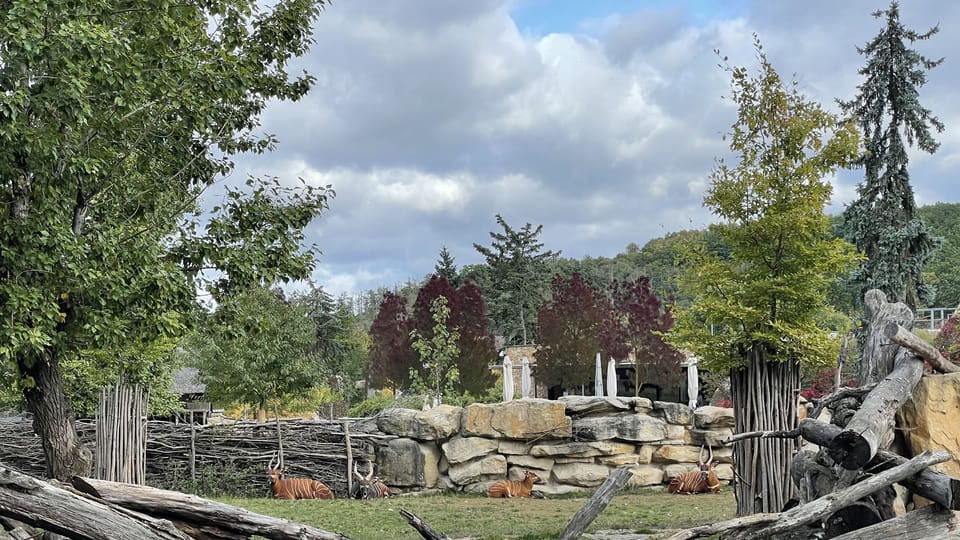 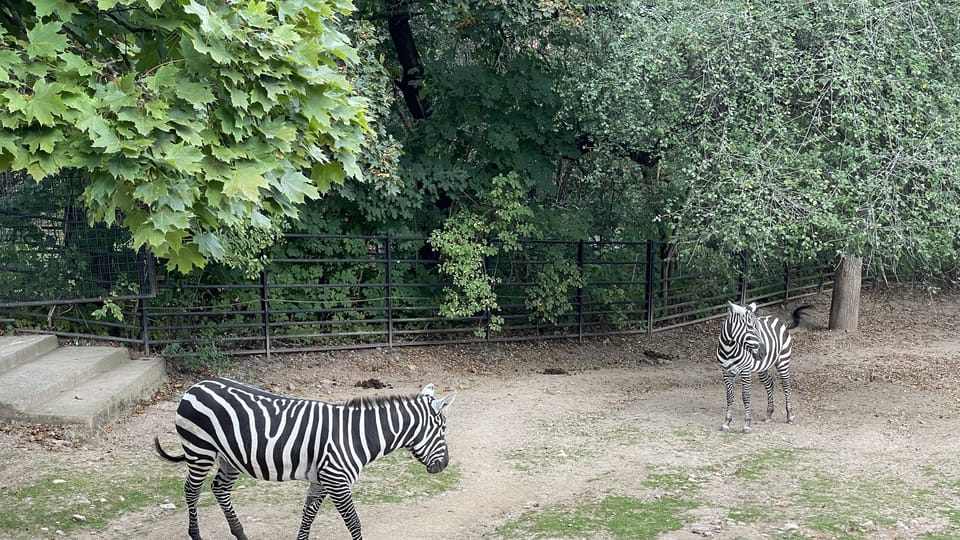 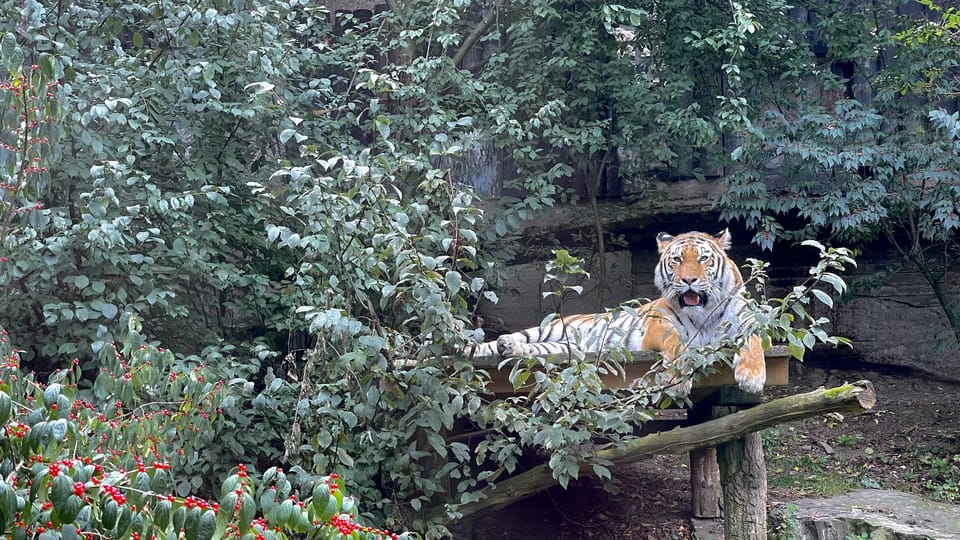 Prague Zoo has been involved for years in projects aimed at saving endangered species. Which of these projects are you most proud of?

“It would definitely be the one that we have already mentioned, the Przewalski horse, the species which we are really tightly connected to from the very beginning.

“By the way, during WWII, Prague Zoo was just one of two facilities in the world, where the breeding of the Przewalski horse was not interrupted.

“We have been running for many years a project called Return of the Wild Horses, bringing the Przewalski horses from Prague to Mongolia to release them in the wild. Altogether there were 34 horses transported this way, and many of them are already successfully breeding there.

“I would also like to mention a project in Cameroon called Wondering Bus. It is an educational project focusing on school children living near the Dja rainforest, a UNESCO Biosphere Reserve, where gorillas live.

“We are bringing them, with their teachers, to local rescue stations to see the animals. For many of them it is the first opportunity to see not only gorillas but also other species in a different way than just as a piece of meat on their plate.

“The last project I would like to mention is something quite recent that started last season in reaction to the bushfires that hit southeast Australia and caused huge damages to the people and wildlife.

“At the time we decided to announce a public collection and we raised an unexpectedly large sum of money, which allowed us to immediately support some projects aimed at saving burnt animals and returning them to the wild.

“But it also enabled us to select some long-term projects in support of koalas, kangaroos and other species. So this is the most recent of our large projects that I would like to mention.”

Since its establishment, Prague Zoo has become one of the world’s leading zoological gardens and it is also one of the most popular tourist sites here in the Czech Republic. Would you say there is still room for improvement?

“Of course there is. I cannot imagine a different kind of answer. There is always room for improvement. If you don’t want to improve, it’s just a matter of time before you start to lag behind.

“So we have some other big plans here in Prague Zoo. They include another big pavilion, called the Arctic, which will accommodate our polar bears.

“Because to be honest, it is the worst exhibit area at the zoo at the moment, old-fashioned and no longer suitable for the animals. So we already have plans for the pavilion, which is to be located not far from the new Gorilla House in the upper part of the Zoo.

“Hopefully, we will be able to launch the construction soon, thanks to the city of Prague, which has already approved the investment. But it is not just this one, huge investment. Many other smaller projects are also in the pipeline or they are already taking place.

“For instance the old facility for the Przewalksi horses has just been demolished and we have started building a completely new enclosure for the animals.

“So there are a lot of improvements taking place, also on a daily basis, which may not be visible for visitors. However, if we didn’t do them, people would soon notice. So there are always some changes taking place at the Zoo and will be in the future.”