A new exhibition has opened up in the Czech Centres Gallery. Featuring over 100 images and a number of three dimensional models it gives visitors the chance to study the symbolic buildings of Central Europe‘s post-war socialist architecture.

In the centre of Prague, next to the main building of Czech Radio stands Transgas, a high tech structure with brutalist elements built in the 1970s.

Despite year-long struggles by some representatives of the architectural community to halt its destruction, it is currently being demolished in order to be replaced by a modern administrative centre, the fate of many buildings from its era.

Yet as the demolition proceeds, signs of hope for the Czech Republic’s post-war architectural heritage are appearing.

Earlier in April, one of Prague’s iconic shopping centres, Kotva, was declared a cultural heritage site and quite near to the doomed Transgas, an exhibition on socialist modernism has opened up in the Czech Centres Gallery.

Petr Vorlík, photo: Anna Pleslová
Titled “Iconic Ruins? “, the exhibit seeks to map out how the architecture behind buildings such as Kotva developed in Central Europe.

Dr. Petr Vorlík, a lecturer in architecture at the Czech Technical University in Prague, says the term socialist modernism is used to encompass the communist era architectural styles stretching from 1945-1989.

“In the 50s it was influenced by socialist realism from the Soviet Union as well as a poor economy. Steel was very expensive and modern technologies could not be used. This is why 1950s architecture is more traditional, with wooden windows and roof tiling.

“The other period is the 1960s, when our country, as well as the whole of Eastern Europe, was more open and free. Czech architects could travel and study abroad. There was a kind of competition between East and West to show that even socialist central planning was a success, so they tried to compete in this international style that was typical for Western architecture. That is why our architecture during this period was more experimental, modern and bright.

“This created new challenges but also new features in architecture.” 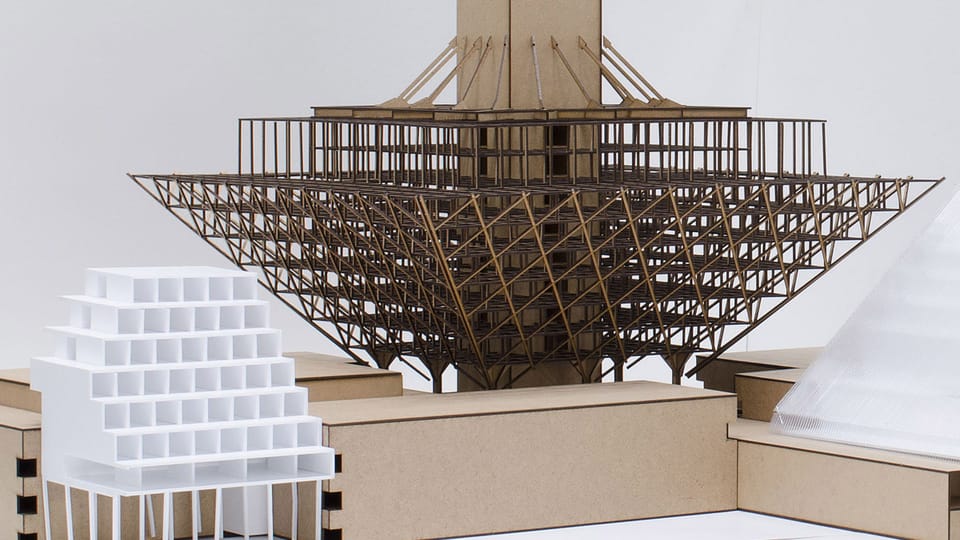 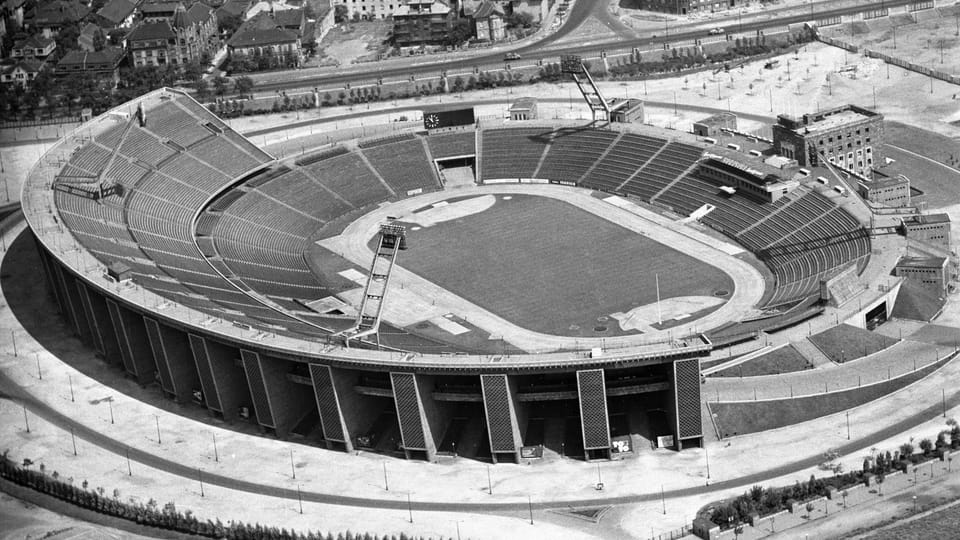 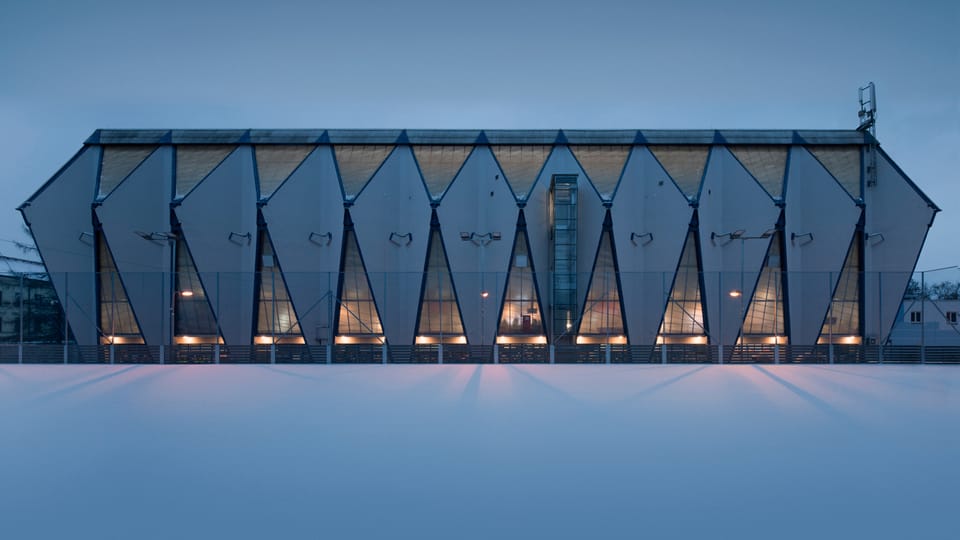 A total of 132 buildings can be viewed through pictures and accompanying details.

Some, such as the visually enticing Slovak Radio building in Bratislava, are also recreated in wooden models.

The structures themselves are divided into sub-categories relating to their purpose.

Administrative, transport, or education buildings from all of the Visegrad Four countries are therefore grouped together according to what purpose they were built for and can be compared with their counterparts abroad.

Dr. Vorlík says there was one category, which he sees as particularly ground breaking in its design.

“For me the most interesting part of this heritage are the sports buildings. It was a kind of experimentation with huge roof spans and materials such as steel which were expensive but necessary for this type of roof construction. Especially in the Czech lands during the 1980s there were experiments with timber structures. These buildings really were experimental.”

The sports hall images, often built on massive and creatively shaped concrete bases, certainly are some of the most visually enticing photographs the viewer is likely to come across at the exhibition.

Anna Cymer, photo: archive of Anna Cymer
However, they were not what sparked the initial interest of his Polish colleague, art journalist Anna Cymer.

She says her fascination with socialist modernism came when she first saw the Church of Divine Mercy in the Polish city of Kalisz.

“It was designed by two very young architects. The competition took place in 1958.

"Post-war church architecture in Poland is a very specific topic. It is something completely different and I do not think that in Czech Republic, Slovakia, or Hungary there is anything similar to it. We had around 3,000 churches built in Poland after World War II.

“This church was designed in 1958. However, there was no money then, so it was postponed and finally built in the 1980s and 1990s. The architects were still alive then and were on the site while it was being built, so it is built according to the same original design. I think this building is one of the strangest buildings I have ever seen.

“The main designer of this building, Jerzy Kuźmienko, worked on several other projects and all of them are quite different to mainstream architecture. Now we know he was a very talented architect who knew how to negotiate with the government to build more original structures than the usually constructed prefabrication blocs.”

She says that when she first came across the building, it struck her as resembling a curtain and it is this sculptural playfulness of many of the buildings from this era that she finds particularly fascinating about the exhibition.

Cultural centre - Tamás Bujnovszky
“Office buildings in Berlin, Paris, Dubai and elsewhere are just the same. In this post-war period there were architects, artists that were thinking of buildings as a three-dimensional structure. In this exhibition we can see a lot of buildings that are more a sculpture than a normal building and I find that fascinating. That is something that is shared in this architectural period across all of the V4 countries.“

Ms. Cymer and Dr. Vorlík are part of a team of multinational architects and architecture historians that selected the exhibits.

Last Wednesday at the opening of the month-long exhibition, they discussed the stylistic evolution and heritage of building design between the end of the Second World War and the fall of the Iron Curtain in Central Europe.

A heritage, Dr. Vorlík fears may be lost. Not just because of their socialist stigma, but also due to the way they were built.

“This architecture seems to be quite fragile, because of exposed concrete, grass curtain walls and sensitive materials inside these buildings. This is why it is quite a complicated period for these buildings now.”

Despite the difficulties, he admits that attitudes are slowly changing, something he notices among his students.

“Of course they were born after the Velvet Revolution, so they have no bad memories of the Communist era. They simply perceive it as great and creative architecture, a sort of testimony to human creativity.”

Secondary-school gymnasium - MTVA Sajtó- és Fotóarchívum / Járai Rudolf
Ms. Cymer says that the interest of the general public in the buildings of this period has also grown considerably in the past ten years.

“I started working as a journalist twelve years ago and during this past decade I noticed a huge change.

“In the first years nobody even cared about inter-war architecture, which is much more popular in Poland. However, I would say that in the past five years, a real boom started.

“It is connected to the fact that a number of monographs on architects were published. Things such as furniture design from this period are also very popular in everyday use. For example, when people are interested in chairs from the 1970s, they also want to see buildings from this period and become more and more interested.“

Interest may seem like a good sign, but the blows of the wrecking ball into the walls of Transgas are an ever present reminder that being positive is not enough.

But how can one persuade municipal authorities and developers in Central Europe that socialist modernism has a place in their country’s cultural memory?

The exhibition “Iconic Ruins?” is part of the Shared Cities: Creative Momentum project. It is open to visitors in Prague’s Czech Centres Gallery from April 18 to May 15, after which it will travel to Bratislava and possibly other Czech Centres in Europe. www.czechcentres.cz/galerie-praha

“We need references to buildings from this era, which have been successfully converted to fit our contemporary lifestyle. Then we adopt these examples into our general approach towards keeping these buildings in use. This need is the same everywhere.“

As the struggle to save the footprint of socialist realism in Central Europe continues, new converts to the cult of concrete may soon be walking not just out of Prague’s Czech Centres Gallery, but other cities as well - the exhibition is set to travel to other capitals of the Visegrad Four.