Prague City Hall and the Prague Transport Company this week presented the winning designs for three of the eight metro stations on the planned D-line. The works of Vladimír Kopecký, Jiří Černický and Stanislav Kolíbal will appear in the Nádraží Krč, Krč Hospital and Nové Dvory stations. The artists selected produced fresh, modern designs, based on geometric shapes or the theme of human life.

“We wanted to return to the original concept when the subway was created. Each line and station had its own architect who collaborated with an artist. Thanks to this approach our stations are some of the most beautiful in the world. This was overlooked in the 1990s during the subsequent extension of the metro," Prague Deputy Mayor Adam Scheinherr said at the presentation.

Artist Stanislav Kolíbal’s design is tailored to Nové Dvory station. "My design is based on my love of geometry. I have been using it since the 1960s.” The design consisting of brightly coloured oblique lines or squares are in contrast to the linear direction of the station.

At Krč Hospital station, Jiří Černický was inspired by human life and the hospital. Above the platform, he plans drawings and ornaments. "I tried to grasp the ethos of the hospital's presence. I wanted to create an impression of a place where scientific research is done and people heal," he said. The art works depict, for example, the lungs, heart or nervous system. The escalators and other parts should be decorated with round glass works resembling a petri dish or a microscope view.

Compared to the other two stations, Nádraží Krč differs in that it will be a surface station. The work of art is therefore influenced by the fact that it will be viewed from the inside as well as from the outside, and there will be daylight streaming in. Artist Vladimír Kopecký opted for large glass walls with ornaments that move optically when the train arrives and departs. "Both passengers in the car and passers-by will experience the optical effect " Kopecký said. The entire surface of the walls will be connected by corrugated arches.

Work on constructing the D-line was postponed until next year due to the coronavirus pandemic. The first part of the D-line to Nové Dvory should be finished by 2023. 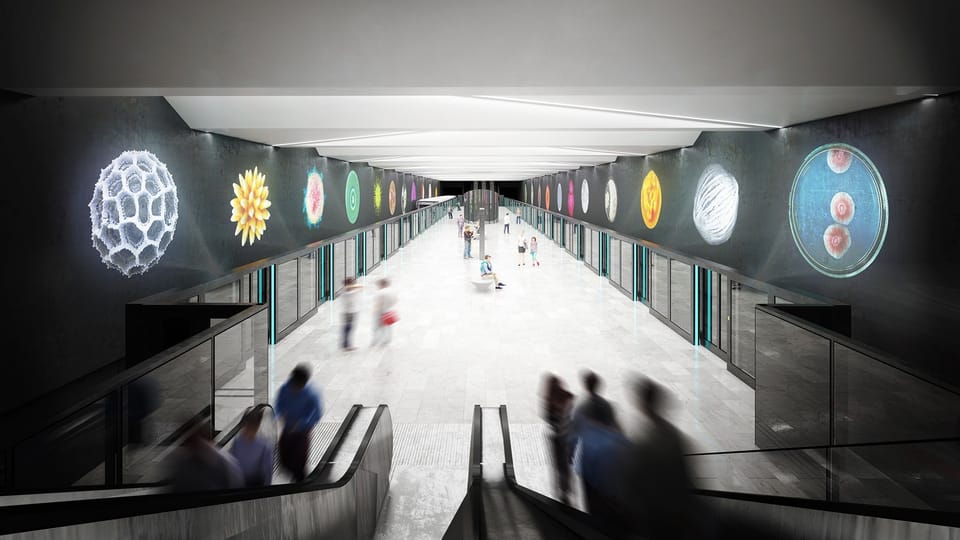 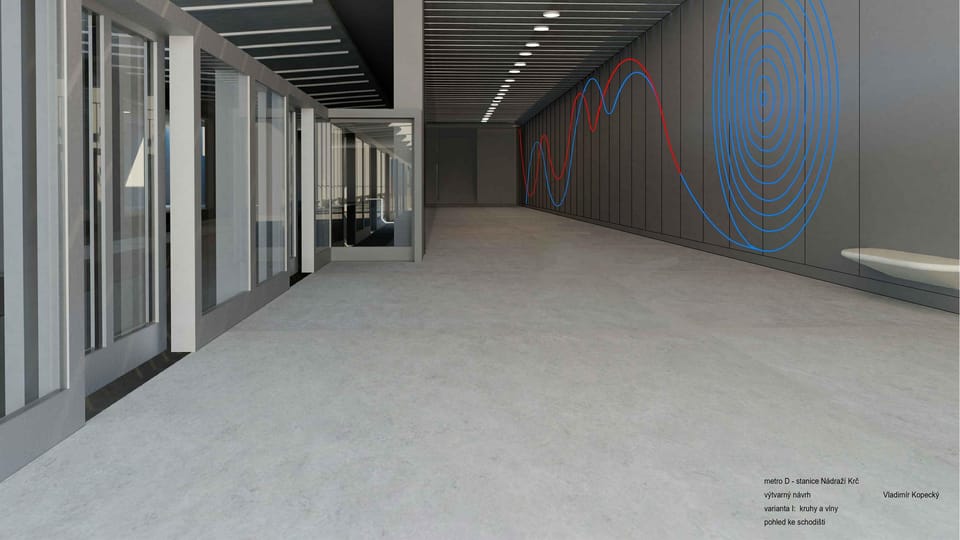