Popular cookies commemorate the gruesome legend of the Štramberk ears

Popular cookies commemorate the gruesome legend of the Štramberk ears

If you ever visited an open air market in Bohemia and Moravia, you will very likely have come across the popular “trdelník”, a tube-shaped sweet pastry that has taken the country by storm in recent years. But you may also have spotted a more modest, cone-shaped confectionery, called “štramberské uši” or the Štramberk ears. It may look similar, but it tastes quite different and unlike the trdelník it is a genuinely home-grown delicacy. The legend of the Štramberk ears dates as far back as the 13th century AD and it is not for the faint-hearted.

Štramberk, photo: Libor Kukal
It’s pouring with rain in the town of Štramberk in the easternmost part of the Czech Republic, just like it was in May 1241 when Mongolian hordes besieged the small North Moravian settlement. Legend has it that the locals took refuge on a nearby hill. As they waited in the rain, the men of Štramberk got a brilliant idea: to dig through the embankment of the fish pond already brimming with rain water. The flood literally swept the enemy camp away. On the morrow, all that was left of them were leather bags packed with human ears, cut off from the invaders’ victims and pickled in salt as proof of military achievement to their khan.

According to legend, ear-shaped cookies were then baked in Štramberk every year in memory of the event. The tradition was reinforced after 1660 when the religious order of the Jesuits started an annual pilgrimage to the local hill, to commemorate the legendary victory of the local Christians over Mongolian invaders in 1241. The pilgrims, after walking along the fourteen Stations of the Cross, were rewarded with the Štramberk ears: light brown, cone-shaped cookies smelling of a secret mixture of spices.

Local confectioner Ladislav Hezký is one in a long line of bakers keeping the century-old tradition alive to this day.

“This is a fresh ear, straight out of the oven, still warm and soft. It’s not hard like your typical gingerbread, which is crunchy after it cools off. It will soften again after it absorbs moisture from the air, thanks to honey as honey binds water from the atmosphere. When you buy the ears in a bag, they are crunchy but after a few days they become soft and supple.” 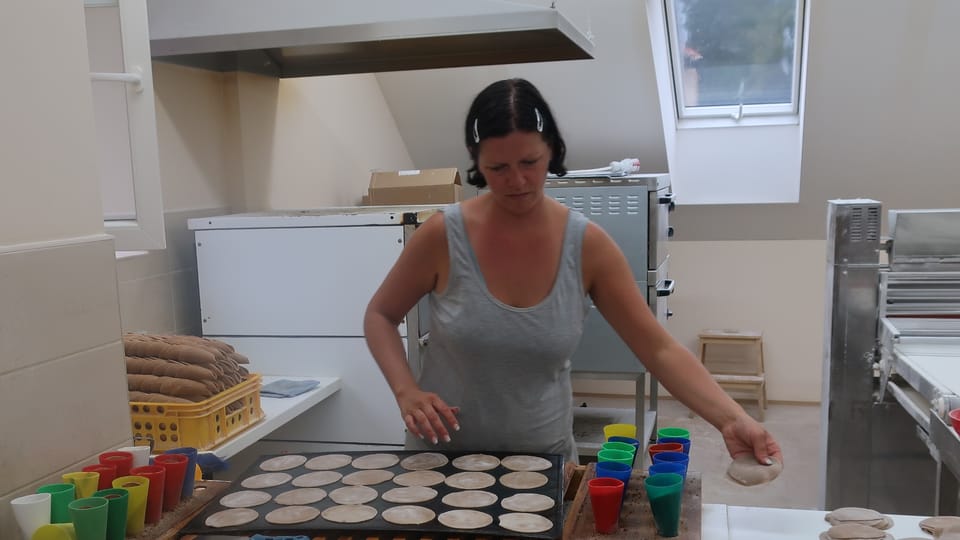 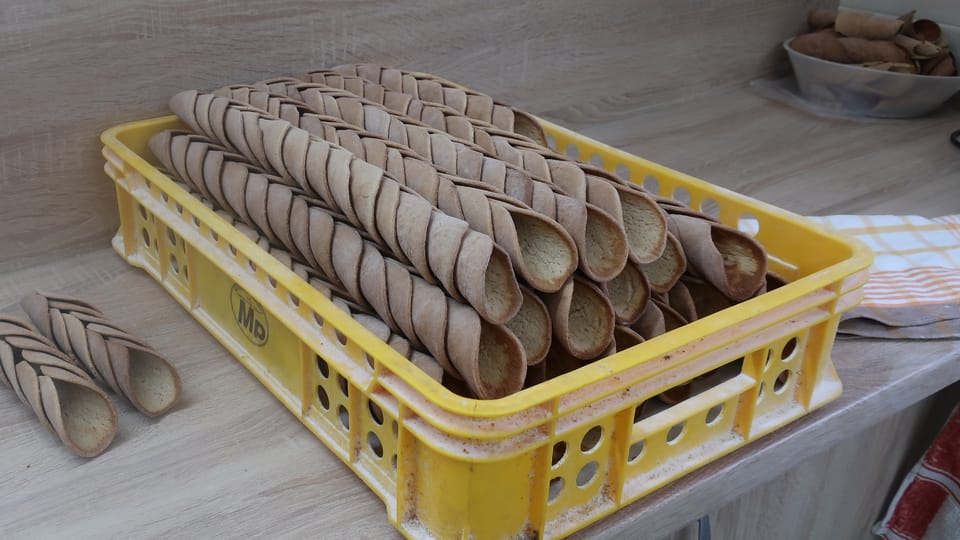 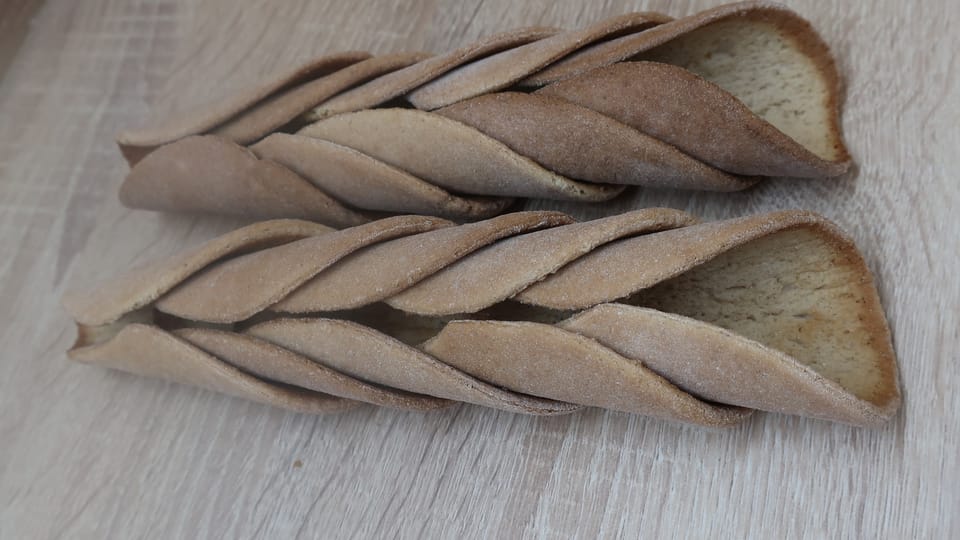 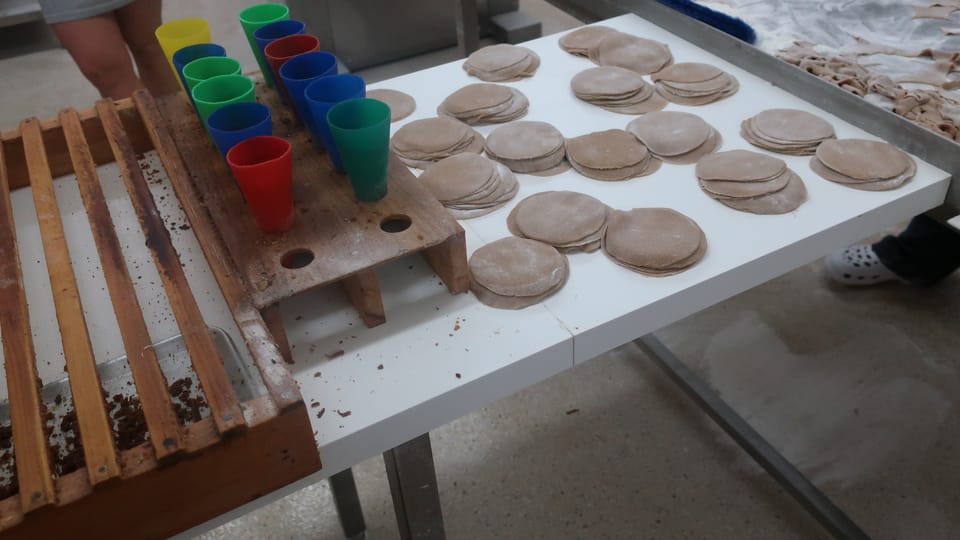 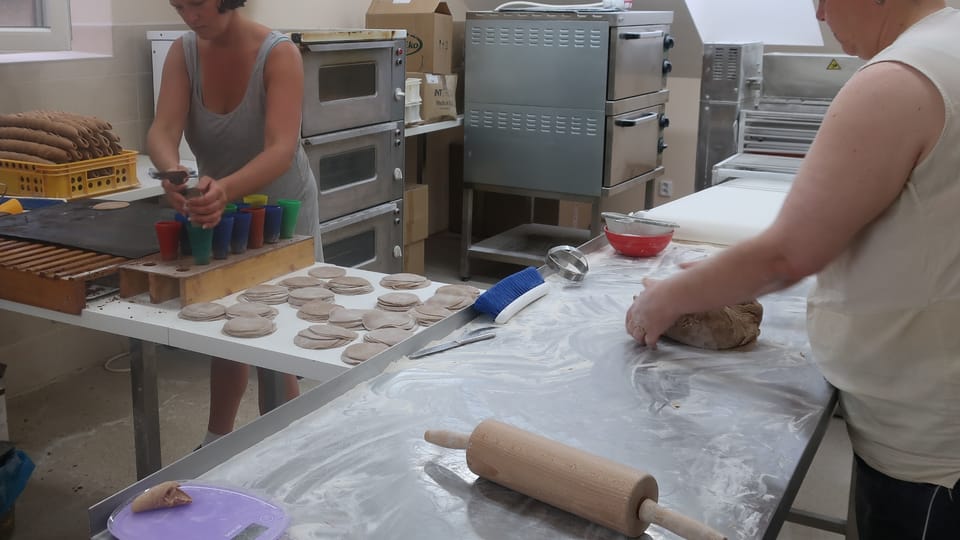 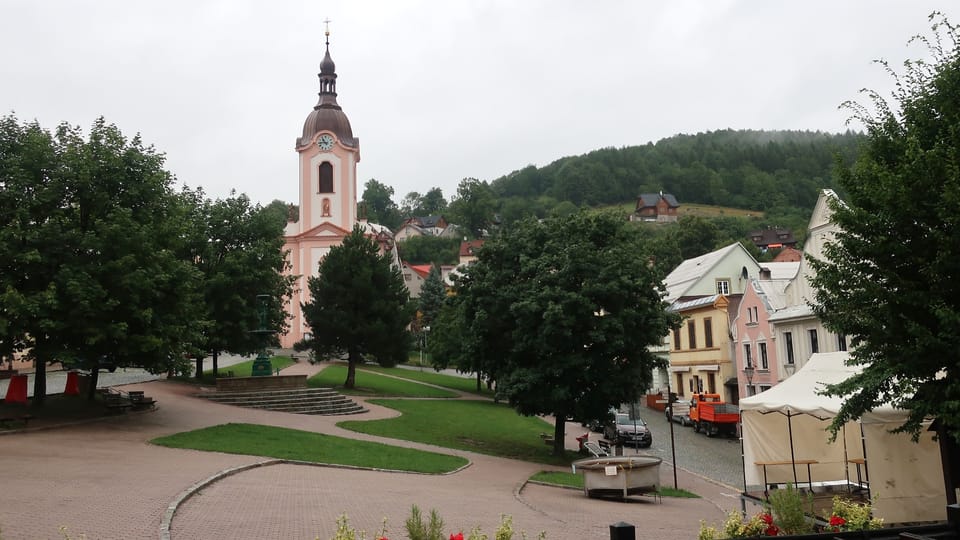 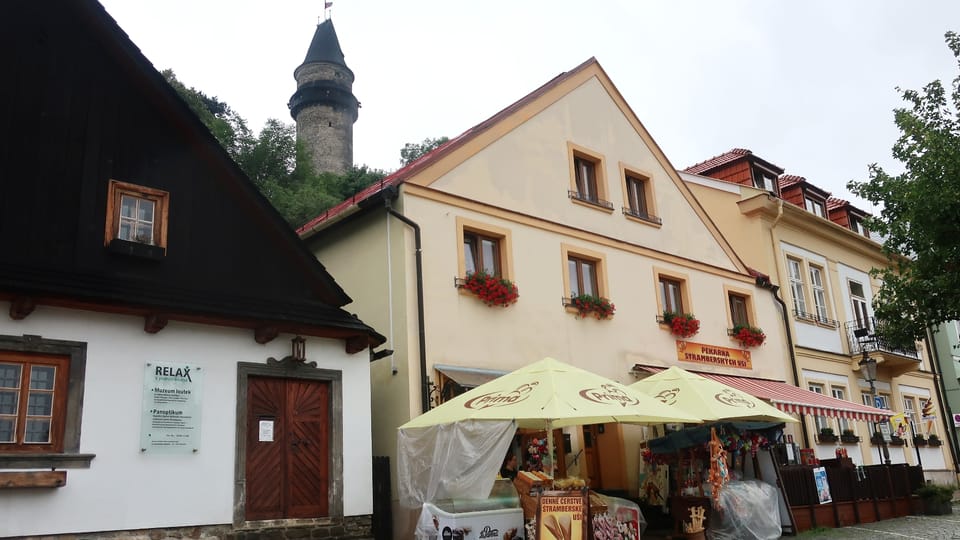 Ladislav Hezký has just disclosed one crucial ingredient from the recipe which slightly differs from baker to baker. Every family in Štramberk has their own special formula, otherwise there would be no point in holding “bake-off” competitions. And Mr. Hezký’s bakery has won the “Best Štramberk Ear” contest several times.

“You can find many recipes on the internet, even in Štramberk itself. Every household uses a slightly altered one. In 2007, the town of Štramberk received the protected designation of origin status from the EU, which clearly defines the ingredients but the ratios are up to each baker. There are three crucial spices: cinnamon, cloves and star anise. There is also a pinch of allspice and aniseed. These are a given.”

The communist regime that ruled the country until 1989 banned private entrepreneurship and small bakers weren’t allowed to sell their products. So how did the tradition survive?

“At that time it was a problem to buy the ears. Every granny, every auntie had her own recipe and would bake them for the annual fair in May, but commercial production and distribution was complicated. Nevertheless there was some. A couple of local confectioneries had permission from the authorities but they used the simplified method of pouring rather than rolling out the dough. We try to stick to the traditional method and preserve it.”

Ladislav Hezký, photo: Libor Kukal
It was back in 1988 when I visited Štramberk on a school trip at the time of the May fair that I first tried the Štramberk ears and absolutely loved them. I bought just a couple with my pocket money in the local sweet shop and never heard of them again until after the year 2000 when they started appearing in open-air markets around the country, sealed in plastic bags so they would stay crunchy. But everyone likes their Štramberk ears different, according to licenced local baker Ladislav Hezký.

“To each his own. I know many fans of crunchy ears, but most people prefer softer, moist ears. Just like Christmas cookies, we bake them a fortnight ahead so they wouldn’t be hard, but supple. But even the crunchy ears will melt in your mouth if you don’t wolf them down straight away.”

Currently around a dozen bakers in the North Moravian town are licenced to bake and sell the origin-protected Štramberk ears. One of them, Ladislav Hezký, explains who exactly can qualify.

“We have a bakers’ guild here whose statutes say anyone can bake the ears but has to meet certain terms – such as a ten-year permanent residence in Štramberk and knowledge of the method and recipe. And then we all agreed we would maintain a two-month best before date. But when people ask me how long the ears keep, I can tell them precisely – until they’re eaten!”