The Other Life: Czech soldiers speak about their life on foreign missions

The Other Life: Czech soldiers speak about their life on foreign missions

Although Czech soldiers are currently serving in foreign missions in Iraq, Afghanistan, Mali and the Sinai Peninsula, their service and daily lives far from home remain veiled in mystery for most Czechs. A book entitled The Other Life, which hit bookshelves late last year, aims to change that and increase the public’s respect for members of the Czech armed forces.

'The Other Life', photo: Optio CZ
The Other Life is a collection of photographs made by war photographer Jarmila Štuková and the soldiers themselves during rare moments when they were able to capture the scenes around them on their mobile phones. The book features a collection of photos featured in an exhibition documenting life on foreign missions, shown at Prague Castle in 2017, with the added bonus of real-life stories as related by the soldiers themselves.

Lieutenant-colonel Martin Oberreiter says that his first mission in Afghanistan, were he served as a military surgeon, changed his outlook on life forever. He says that scenes from the field hospital will remain forever etched in his memory.

“The worst part was when we could not help children. One day they rushed in an eight-year-old girl who had been injured in a blast. She had fragments of glass and metal deeply embedded in her head, face, heart, lungs and stomach. We didn’t stand a chance. There was no point even in trying to operate. And although I’d seen a lot, I couldn’t hold back the tears.”

Military chaplain Miloslav Kloubek says his time on foreign missions was a powerful experience, a time when he felt that he was truly helping, often just by listening and offering sympathy and friendship. He says the soldiers would talk to him about the horrors of what they had seen on a given day, but also about their loved ones far away, their worries about problems back home that they could not resolve from a distance. Chaplain Kloubek says in the book that a field mass is as simple as it can get.

“I had a cross that I would place on a canteen table, a Bible and a candle. And that was it. Just that and God’s word. I myself was wearing military dress, like them, and everything would be very informal. Sometimes I would bring my guitar to strum and we would talk.”

Some war situations soldiers witness are truly bizarre. Colonel Karel Klinovský, who is now retired, spent several years of his life serving on foreign missions in the Balkans. He says that in the conflict between Serbs and Croats he saw neighbors fighting against neighbors.

“I was close to the front line when night fell. There was a very heavy fog and it was hard to see anything. And suddenly out of the darkness we heard a voice calling “Are you there? Do you have rakia? Come on out and let us talk.” In about twenty minutes six men from a nearby village had assembled, they sat on the ground drank the local brandy called rakia and talked, they asked for news of their neighbors and what had happened this or that family. When the fog lifted and dawn broke they went back to the trenches and started firing at each other again.” 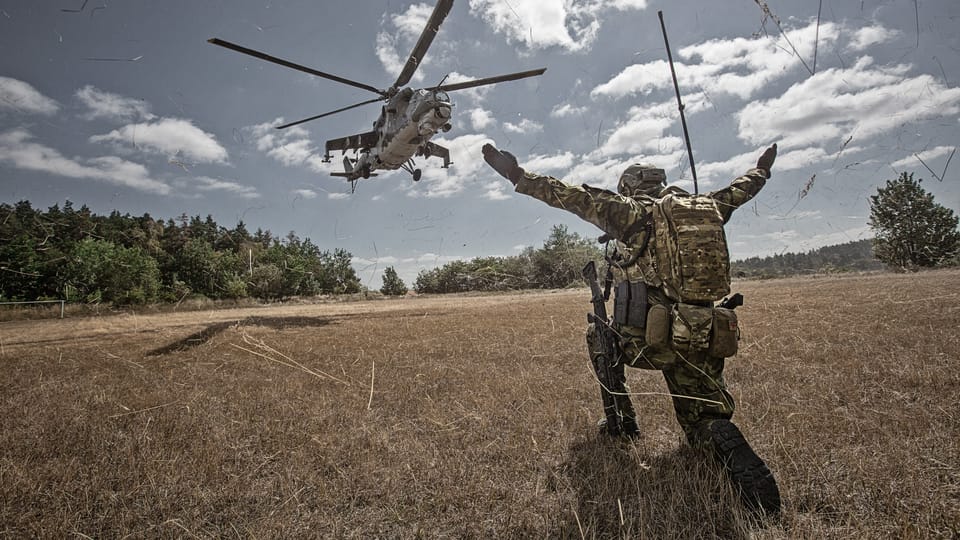 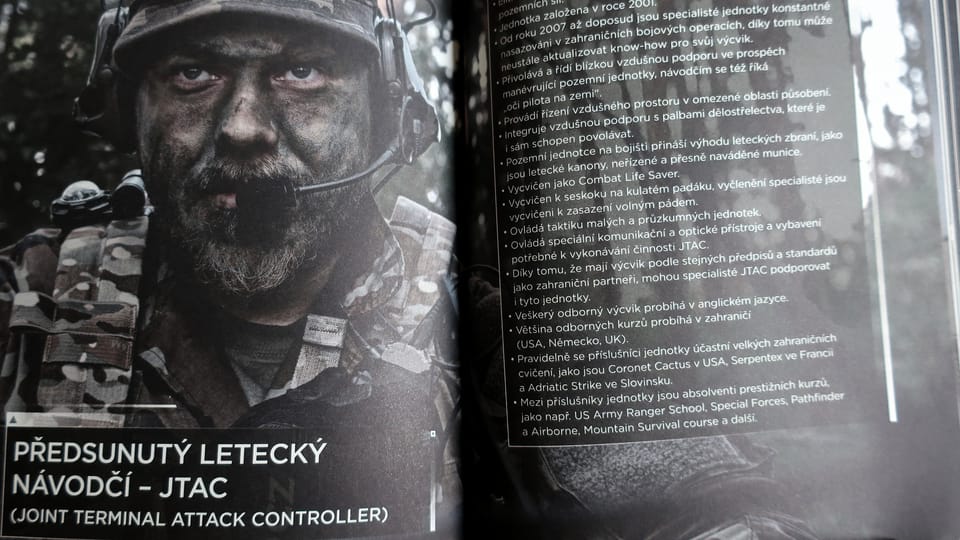 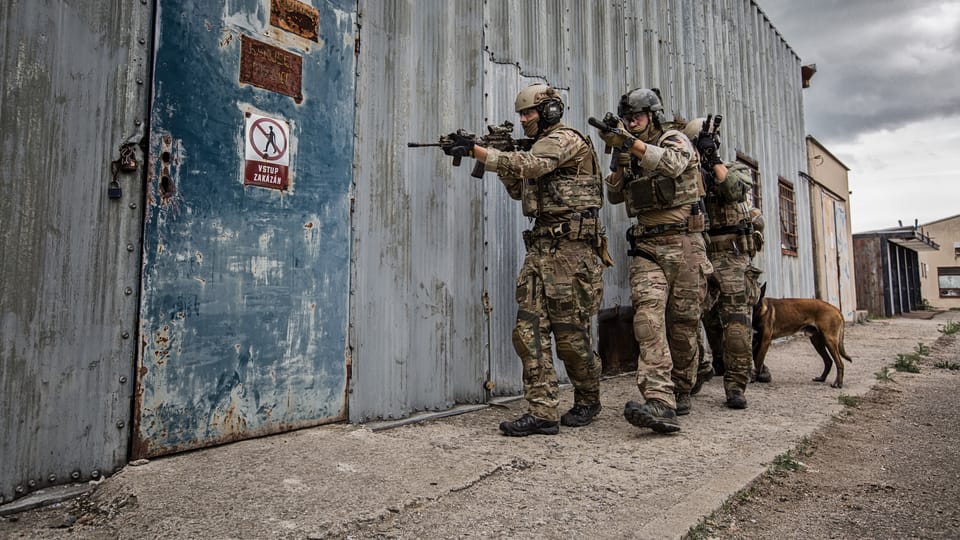 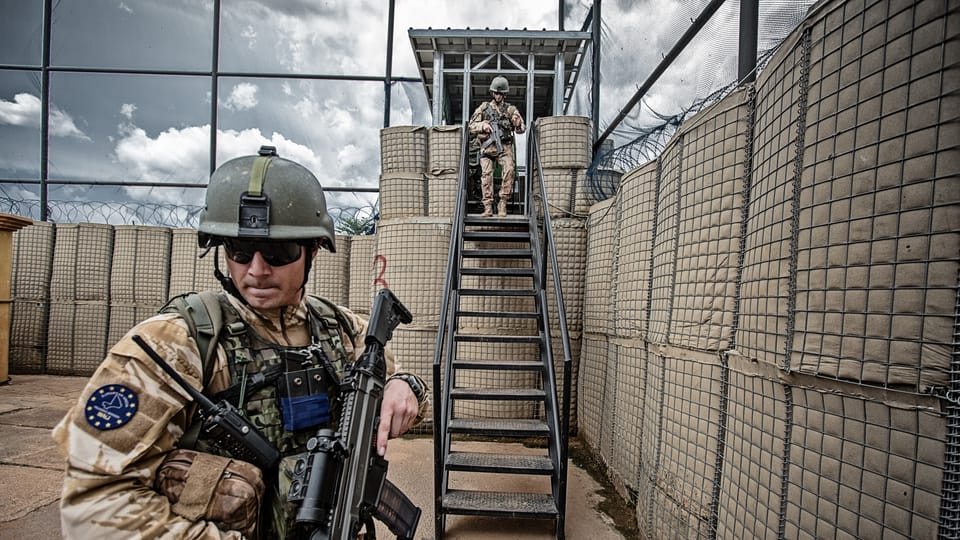 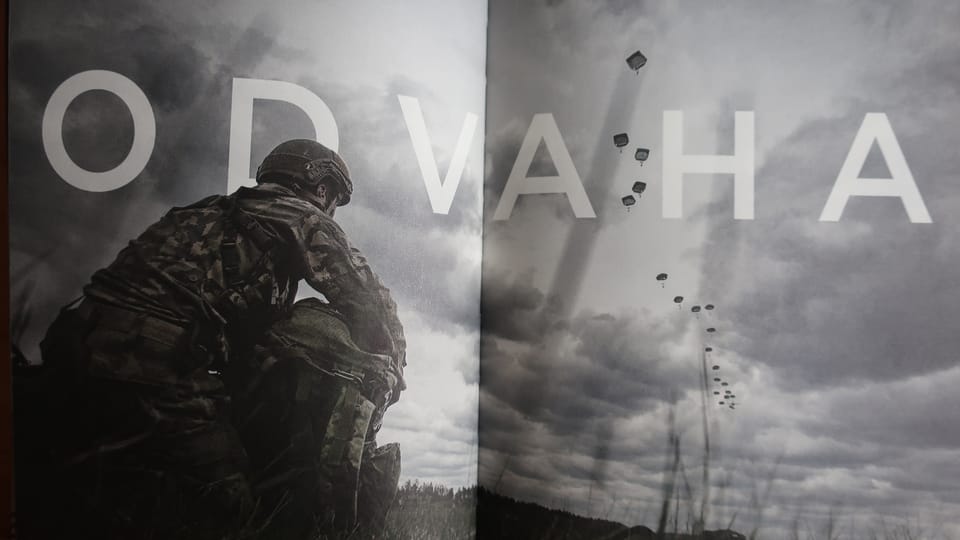 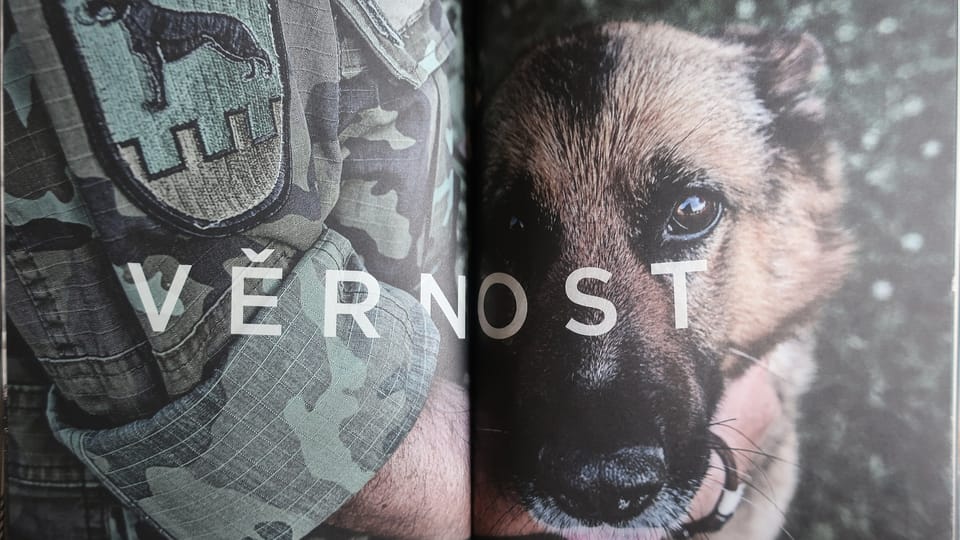 The book of photographs and stories also contains basic information about the type of work that Czech soldiers do on foreign missions, such as the work of the specialized anti-chemical unit, reconnaissance units or work with trained dogs. The different chapters in the book are titled Country, Courage, Honour, Friendship, Faith and Responsibility –reflecting the given aspects of service. War photographer Jarmila Štuková, who took most of the photos in the book says that to many people in the Czech Republic these may sound clichéd but in a war zone one realizes their significance.

“The values that we chose for the sub-titles such as Friendship, Faith, Responsibility and Country may sound over-blown in our normal everyday lives here in Central Europe but when you are in Afghanistan, Iraq, the Gaza Strip or Congo then they gain a whole new significance and your perception of them changes as well. People here constantly grumble about politics, but if you spend some time in an autocratic regime where you have no possibility to influence who will be in power then your take on certain values changes.”

Paratrooper Ivo Zelínek says that friendship and courage are uppermost in crisis situations.

Jarmila Štuková, photo: Šárka Ševčíková
“When you get into a life-threatening situation you do not risk your life with “country” and “honour” uppermost in mind. You think to cover your friend who is next to you. And you trust that if your life is at risk he will do the same for you. The solidarity within the unit is extremely strong and that is why I am not afraid to go into high-risk situations, not if I am part of a close-knit unit.”

Even so, some situations go wrong and then the unit needs to come to terms with the loss and carry on. Ivo Zelínek again.

“On my first mission I was not really prepared for something of this sort. But when a friend got killed – even if it was not on a mission under my command – it was a huge shock for everyone. The unit was serving under colonel Opata who dealt with the situation exceptionally well. He called us all together and we discussed what happened. He praised us for saving the second soldier at risk and found the right words to help us overcome the crisis. In the end we left more close-knit than ever and within hours we were heading out on another reconnaissance mission as if nothing terrible had happened.”

War photographer Jarmila Štuková says that the time spent in war zones, documenting the suffering of the locals and the work of soldiers serving on foreign missions has completely changed her outlook on life.

“You know I used to be a huge pacifist, I had not planned to be a war photographer, but what I saw in some of these stricken and war-tor parts of the world convinced me that sometimes diplomacy is not the answer and you have to take up arms. I also saw the work of our soldiers close up – their expertise in the missions they fulfilled, their willingness in helping the locals, helping humanitarian workers and my perception of the profession gradually changed. The many evenings I spent in Iraq, Afghanistan and Mali talking to our troops about their work, their families and their motivation to do this profession gave me plenty of insight and a lot of respect. And the suffering of the local population that I saw in these parts of the world changed me completely – changed my ladder of values and I now know what’s insignificant and what really matters.”