The first written record of “Carlsbad wafers”, or Karlovarské oplatky, comes from a 1788 guidebook to the spa town known in Czech as Karlovy Vary. But the sweet wafers had been made at home for far longer – just how long, no one quite knows.

Photo: Eva Turečková
While the exact origins of the delicacy are unknown, they are thought to have started evolved from thin bread used in church services, says Franc Martin, an expert on the history of food and everyday life.

“The origin may be in communion bread. But as treats, wafers have been around at least since the 18th century, though of course they did not yet then have the characteristics typical of spa wafers and were rather a bourgeois delicacy. But in the 19th century, they started to be produced on a commercial scale, in bakeries and factories, in the 1850s. It was around that time when it started to be offered especially to spa guests, as a fitting dessert for convalescents, because the wafers were perceived not only to be light but also the taste itself was thought to be revitalizing.”

Communion bread had been made over an open fire and extracted using what were called “wafer tongs” from the Middle Ages onwards. In later centuries, those wafer tongs were used to make sweet round wafers, giving way in later centuries to baking pans known in Czech as oplatnice. The wafers were typically decorated with distinctive patterns and embossed with the name of the baker.

Photo: Eva Turečková
Originally only about 13 centimetres in diameter, the wafers grew to the size of dinner plates. This all happened in the decades after the first large-scale bakery opened in 1867 to satisfy growing demand among spa-goers. The Karl Bayer company, a family business now known as Kolonáda, exported its wafers throughout Europe, from Spain to Russia, and became the exclusive supplier of wafers to imperial courts in Germany and the Austro-Hungarian Empire.

The production of the richly decorated wafers so associated today with the town of Karlovy Vary actually began in another spa town, Mariánské Lázně – or Marienbad, in German – a decade earlier. In any case, the spa wafers were rather different in their earlier incarnations, notes the food historian Franc Martin.

“The first ones, of course, were filled with sugar only. To be more precise, the first ones were also only single wafers. Gradually, they became pressed double wafers, and it was no longer just sugar in the middle, as various fillings gradually were concocted, such as ground hazelnuts, almonds, and the like. Only much later was chocolate filling introduced, and chocolate-flavoured wafers. Those developed mainly in the 20th century.”

Photo: Eva Turečková
What has remained a constant is that the delicate dough is made with spring water and salt from the Karlovy Vary region, giving the spa wafers a distinctive flavour. So distinctive, in fact, that the Carlsbad Wafers Producers’ Association, following a long legal battle with German and Austrian bakers, in 2011 won exclusive rights to declare their products “original Carlsbad wafers” and thus be included on the EU’s coveted Protected Geographical Indication list of products.

The Czech producers had argued that the thermal spring waters were irreplaceable in the production of original Carlsbad wafers. Indeed, they are a ubiquitous snack for people “taking the cure” as it’s known—the lightly sweet treat helps take the edge off the earthy mineral waters of the different springs dotted along Karlovy Vary’s many stunning colonnades and promenades. Apart from the distinctive taste, they also make a distinctive sound – a satisfying crunch – with every bite.

While traditional spa wafers are still most often flavoured with a chocolate or vanilla crème or a simple hazelnut mix with a dusting of cinnamon, today there are scores of varieties among the more than 30 tonnes of spa wafers are made in the region each year.

On a recent trip to Karlovy Vary, in the midst of the town’s famous international film festival, a shop assistant named Pavlina walked me through some of the 18 flavours on offer from various makers of Carlsbad wafers.

“Vanilla, nut, chocolate, Algerian coffee, lemon, almond, coconut, cinnamon, nougat, apple, tiramisu, white chocolate, egg liqueur, caramel… But the really interesting ones, the ones which I probably like most, are the ‘Duo’ oplatky. They combine two traditional wafers – one chocolate and one sprinkled with nuts – pressed together. For me, that’s the best.” 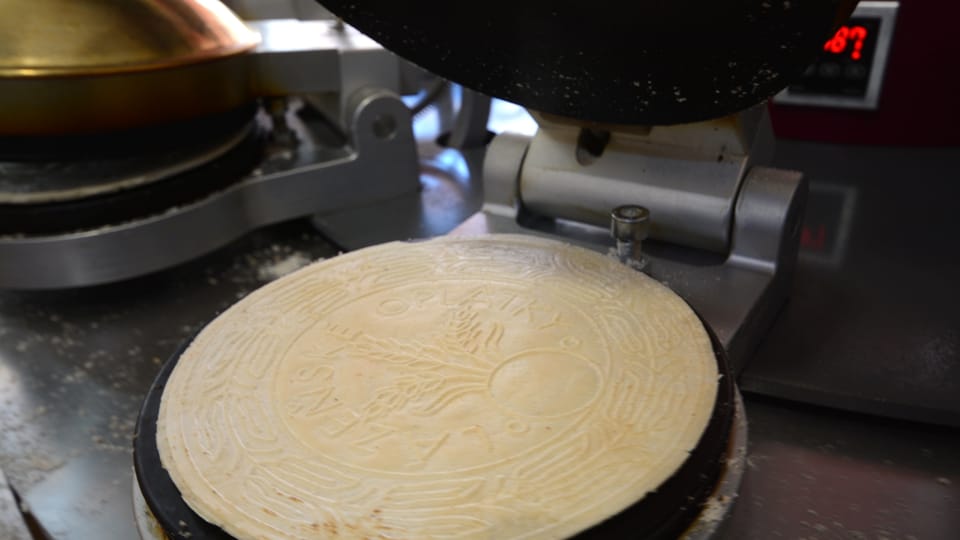 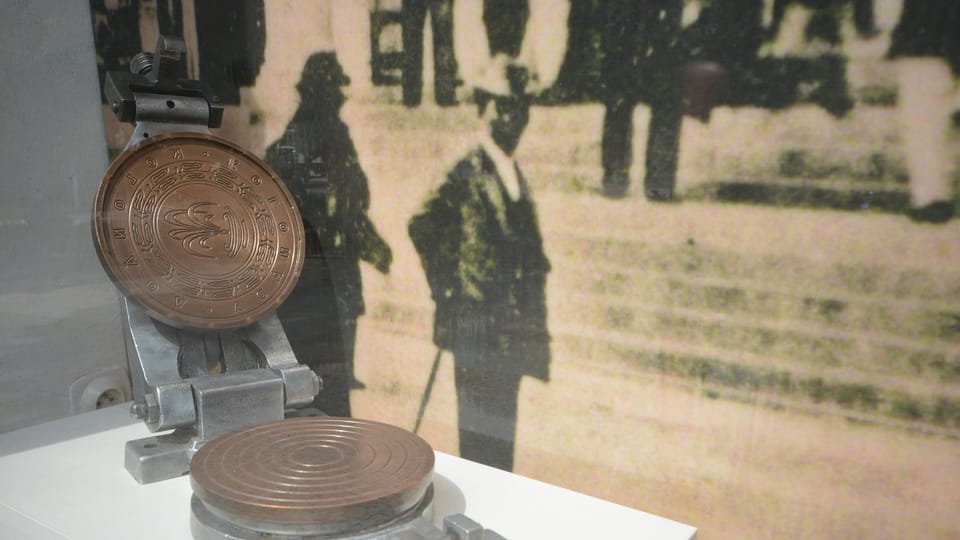 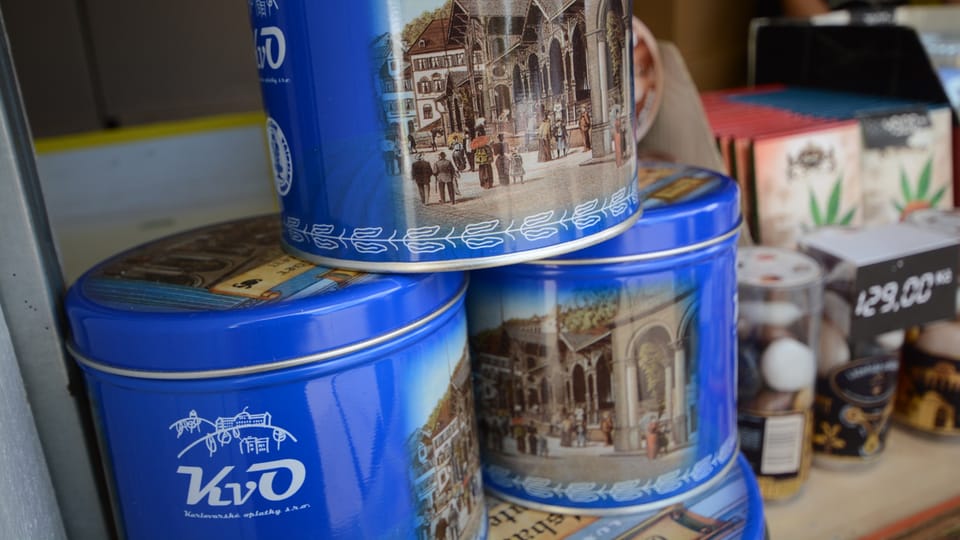 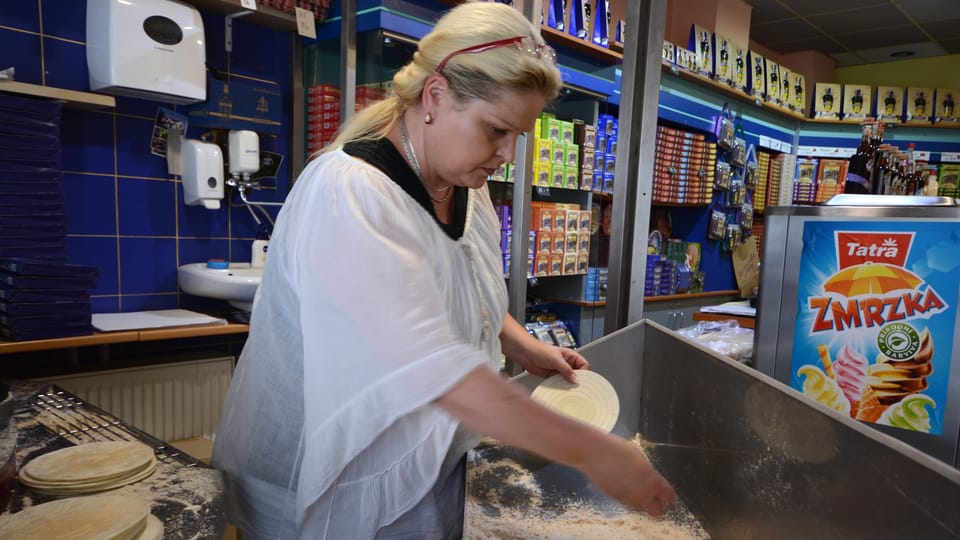 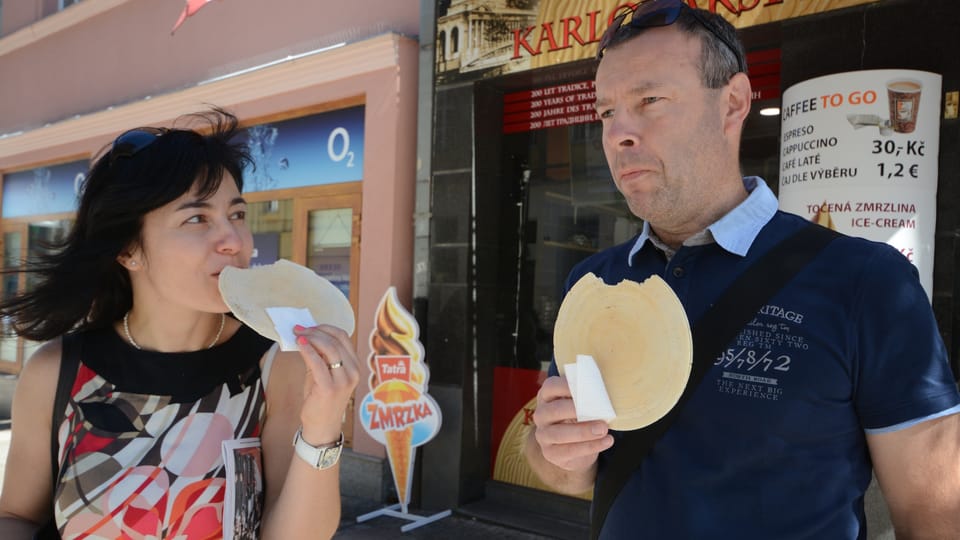