Operation BLÍN – One of the StB’s greatest intelligence heists

Operation BLÍN – One of the StB’s greatest intelligence heists

During the 1960s as the Warsaw Pact sought to change the balance of military power decisively in its favour it employed a largescale disinformation to fool NATO about its strength and intentions. One of the enterprises conducted to support this deception effort was Operation BLÍN. Its story is one of a daring embassy heist right under the noses of NATO intelligence officers reminiscent of a Hollywood thriller.

Josef Kudrna, photo: archive of the Institute for the Study of Totalitarian Regimes
It was late January 1967 when a file appeared on the table of Interior Minister Josef Kudrna. On top was a message with “TOP SECRET” stamped in red letters. It stated simply:

What he came across once he opened the files was an intelligence jackpot, a daring operation that had infiltrated the NATO information sharing system in Czechoslovakia, without the latter even being aware of it.

But before we look at the contents of this mysterious report we need to first understand why it was so important to the Czechoslovak intelligence service.

Photo: Security Services Archive, fund of Deputy Minister Colonel Jaroslav Klíma, A7, Inv. Nr. 480
Since the 1961 Berlin Crisis, increasingly bold plans were being drawn up by Soviet marshals in case of war with the Western allies. They counted on using dozens of nuclear missiles to obliterate NATO forces in an initial tactical strike, followed up by a combined mechanized offensive that would overrun Western Europe in a matter of days.

The operation was to be put in action if a NATO invasion was judged imminent, something that was often seen as a real possibility during the frequent diplomatic confrontations of the 1960s. Huge funds were being spent by all members of the Eastern Bloc to modernise and better coordinate their militaries in order to be able to launch such an operation.

But for the plan to succeed, the enemy had to be fooled into believing this was not within the capabilities of the Warsaw Pact.

Hundreds of agents and millions of crowns in funds were therefore spent in Czechoslovakia alone to misinform NATO intelligence services about the introduction of Soviet rocket systems, as well as the dislocation of modernised equipment and divisions.

Since the 1961 Berlin Crisis, increasingly bold plans were being drawn up by Soviet marshals in case of war with the Western allies. They counted on using dozens of nuclear missiles to obliterate NATO forces in an initial tactical strike, followed up by a combined mechanized offensive that would overrun Western Europe in a matter of days.

But military and intelligence officers were facing a dilemma: In order to be able to deceive the enemy, you first need to find out what he already knows.

A contemporary report written by one of the state security (StB) chiefs reveals the size of the problem.

“We know that NATO military attaches have a very good overview of the dislocation of our troops and strategic objects. They use visual surveillance, maps and other unknown methods to gather this intelligence. However, we have no idea of the extent of their knowledge and what orders they receive from their supervisory intelligence organs.”

A difficult task now lay ahead. One of the embassies housing a NATO military attaché had to be broken into and documents seized without the enemy finding out. The head of the operation, Lt. Colonel Beneš, knew this was no easy matter.

“These targets lie behind an iron curtain of security measures, meaning that it is almost impossible to gain access to them. They are protected by guards, with a special security member specifically positioned next to the military attaché’s office. Entrances into the building and the individual offices are also secured by a system of password locks. These are also on the individual safes that contain the documents.“

Photo: Security Services Archive, fund of Deputy Minister Colonel Jaroslav Klíma, A7, Inv. Nr. 480
Luckily there was a location that offered an opportunity.

Anyone who has visited Prague’s picturesque Old Town district may have walked past the Thun-Hohenstein Palace on Nerudova Street, which houses the Italian Embassy. It has served as the headquarters of the Italian mission to Prague since 1937 and Czechoslovak state security operatives would have seen very much the same picture as passers-by do today.

What makes this building unique to any intelligence service hoping to break inside is its first floor passageway connecting the building with the church of St. Kajetán on the same street, a comforting shortcut for the faithful when the building was built in the 18th century, but a security nightmare for any embassy administration.

The passageway was walled up and out of use by the 1960s, but this did not prevent the StB from hatching a clever plan on how to exploit it as a report most likely penned by a Captain Cempírek shows.

“We have built a secret tunnel from the Interior Ministry’s boiler room that leads to a masked exit just below the church’s staircase. This enables us to get into the church’s first floor where there is a door into the passageway connecting it with the Italian Embassy. We built two 30x35cm openings into both of the walled in parts of the passageway. Both entrances are covered by doors in such a way that even someone inspecting the area can’t detect them. It takes about 30 minutes to get from the Interior Ministry room into the embassy’s military department and one hour if masking measures are implemented.”

It was not an easy task. Operatives had to tunnel through the night and on Sundays.

Photo: Security Services Archive, fund of Deputy Minister Colonel Jaroslav Klíma, A7, Inv. Nr. 480
Furthermore, another set of agents were used to infiltrate the embassy 30 times before its interior and security measures were properly mapped out. Keys to all of the entrances, including the safe, were secured and all of the embassy’s staff had to be followed in order to work out the embassy’s time plan.

Finally, the special guard had to be neutralised for the duration of the whole night in a way that he would not even notice anything happened. How exactly this last step was done leaves much to the imagination.

It took three years of preparation but by late 1966 the intelligence robbery was finally ready for the green light.

In the following months three break-ins took place that managed to bring back a treasure trove of material. Dozens of documents, including maps and photographs that contained the combined effort of NATO attaché’s in Czechoslovakia were given to StB analysts.

What is more, the safe contained the secret codes the Italian military attaché Luccioli used to communicate with his superiors at the General Staff in Rome. This made it possible to intercept new orders as they were being sent to him and immediately enact countermeasures.

Josef Stavinoha, photo: archive of the Institute for the Study of Totalitarian Regimes
Lt. Colonel Beneš was understandably happy with the team’s work as he wrote his report to the higher ups.

“The acquired knowledge will help Czechoslovak counterintelligence and the army general staff enact complex countermeasures against NATO spying efforts and conduct effective disinformation on behalf of the Czechoslovak Army.“

But how valuable was the information really?

The man in charge of the disinformation effort, Colonel Josef Stavinoha, was also responsible for analysing the documents. A man with a reputation for rigorous attention to detail, his analysis of the documents showed that the Czechoslovak Army’s attempt to feign weakness truly seemed to have paid off.

“Many objects have been photographed, with the main effort diverted to airports and anti-air defence bases. There is no mention on our army’s rocket launch sites.

“The study of the Czechoslovak army from 1965, which we also found, mainly stresses our force’s defensive character. There are also mistakes in the recent dislocation of our troops. There is a significant underestimation of our military capabilities.

“However, through other channels, we know that in some cases foreign intelligence may have better knowledge of our forces than the recovered documents suggest.” 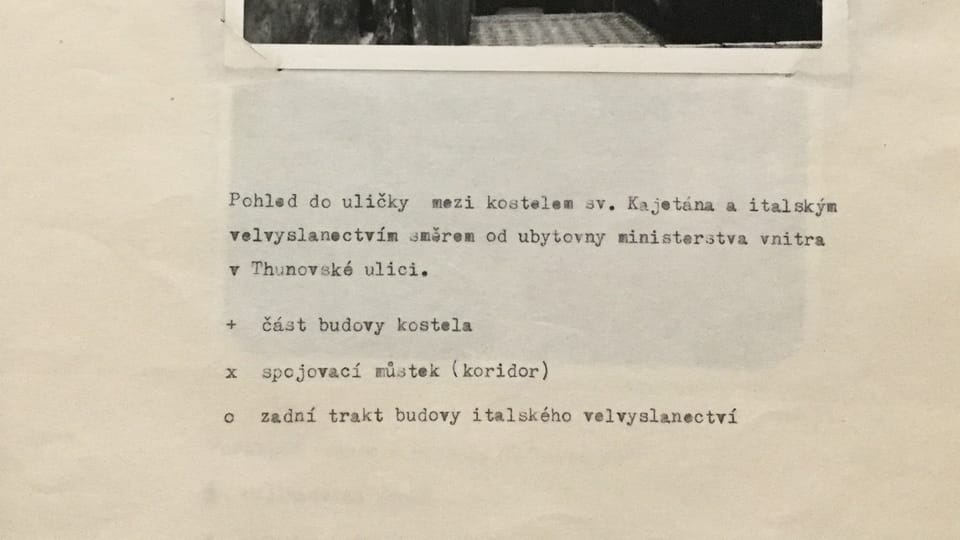 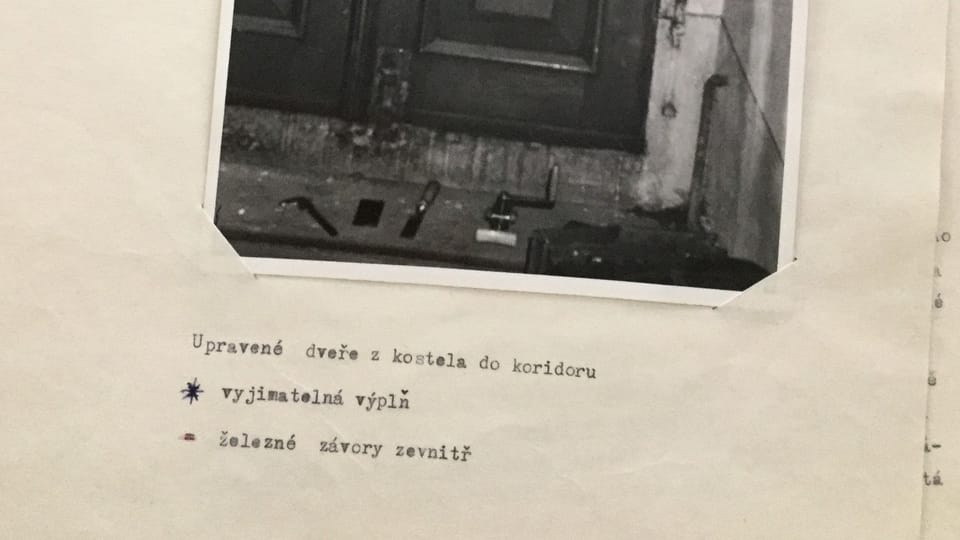 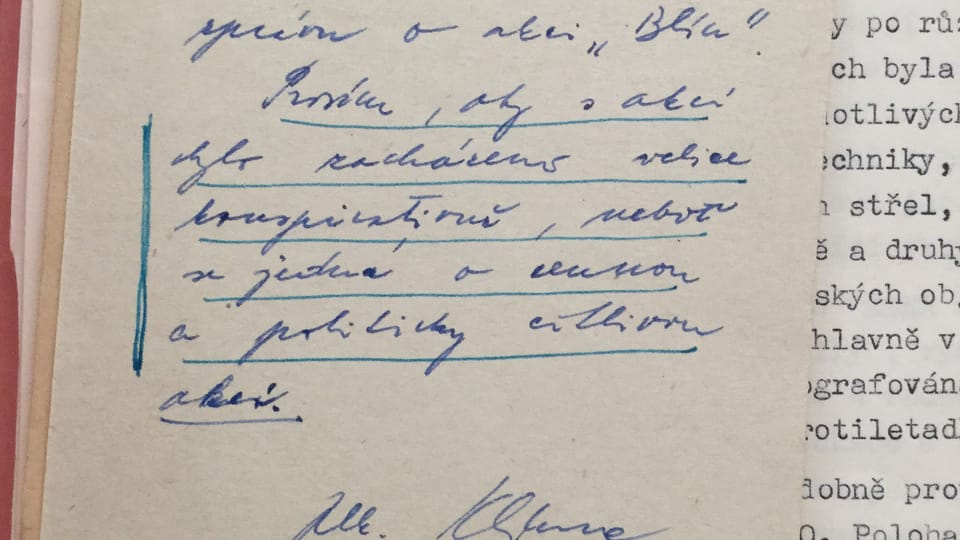 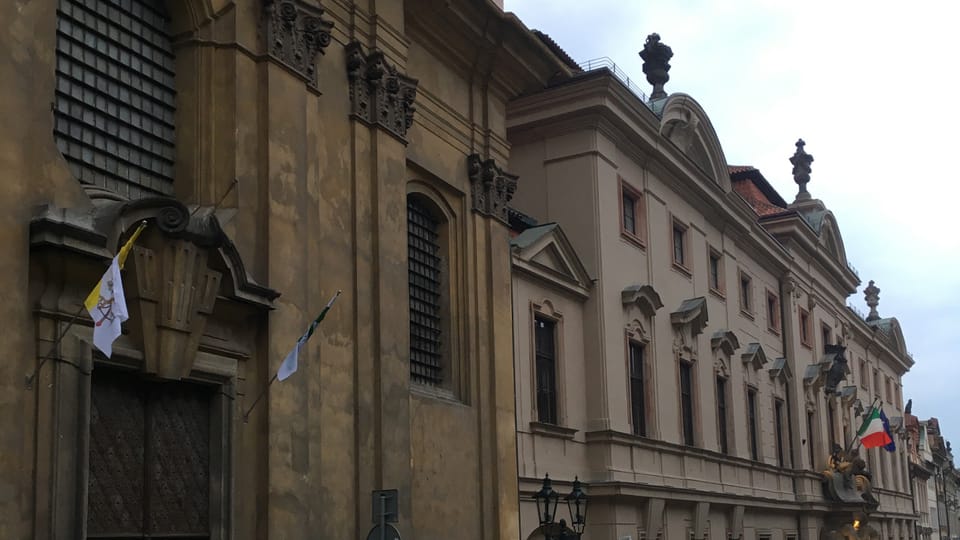 The documentation was shared in the highest secrecy among the Ministry of Interior’s top brass during 1967 and at least two further ‘robberies’ were conducted.

No one at the Italian Embassy seems to have had any idea this was taking place, nor the attaches.

We do not know for how long the back channel into the heart of the enemy’s Czech military intelligence sharing operation continued after 1967, but we do know the military deception campaign did.

We do not know for how long the back channel into the heart of the enemy’s Czech military intelligence sharing operation continued after 1967, but we do know the military deception campaign did.

A year later, special measures further increasing the effectivity of the deception effort were enacted, but the Soviet-led invasion in August 1968 resulted in large scale purges within the Czechoslovak Army and the intelligence service’s plans suffered as a result.

However, BLÍN proved to the StB that the massive effort supplied by the Czechoslovak armed forces and the intelligence services in deceiving NATO of its strength had, at least in part, worked. Only a discovery within today’s NATO archives could perhaps prove them wrong.