Petr Kučera was a successful journalist and later pursued a career in politics. But twenty years ago he decided to swap the hustle and bustle of Prague for life in the country. He bought a dilapidated castle in East Bohemia and turned it into his new family home. Radio Prague travelled to the Castle of Nové Hrady or New Castle to pay him a visit: 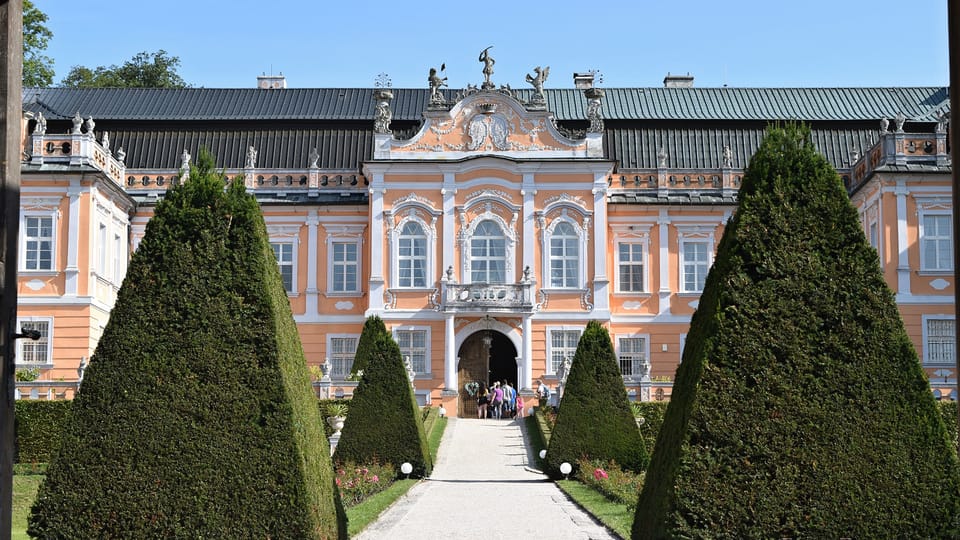 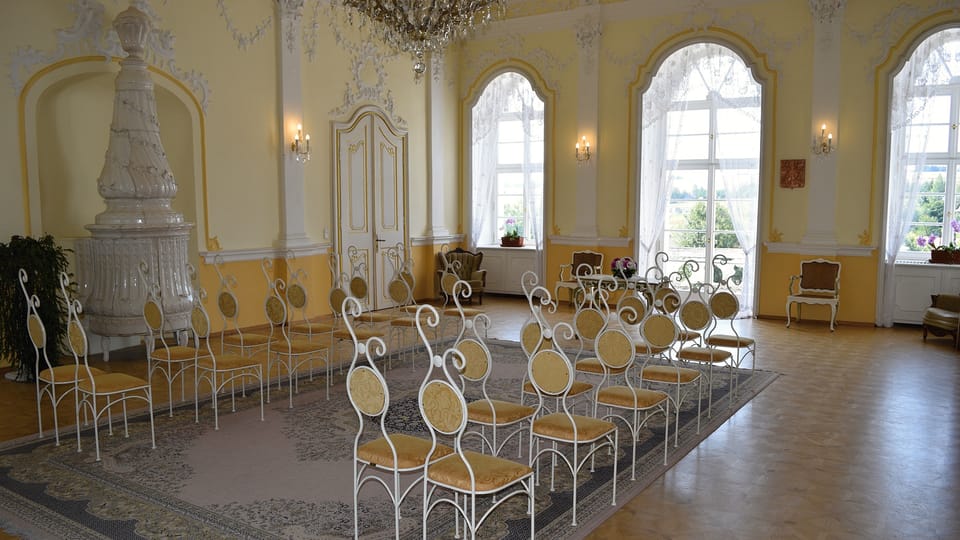 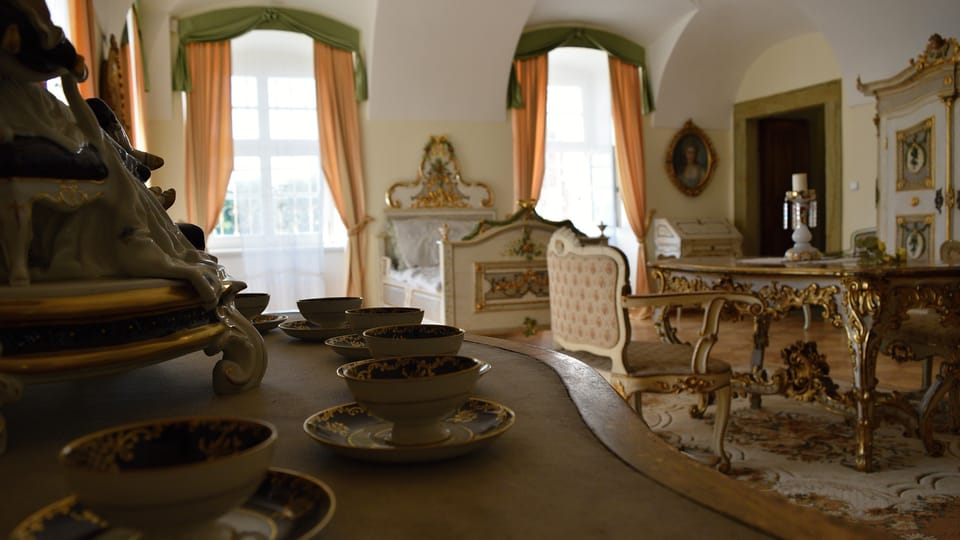 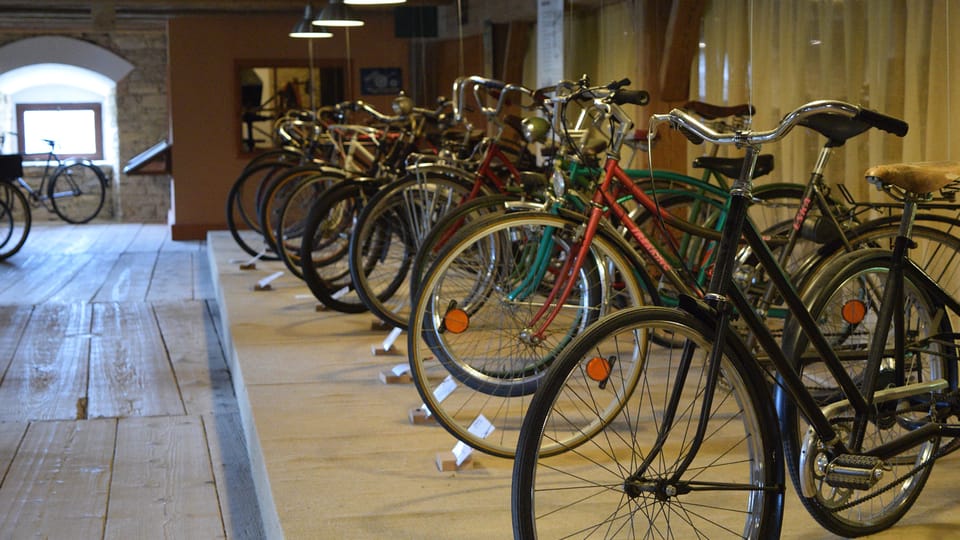 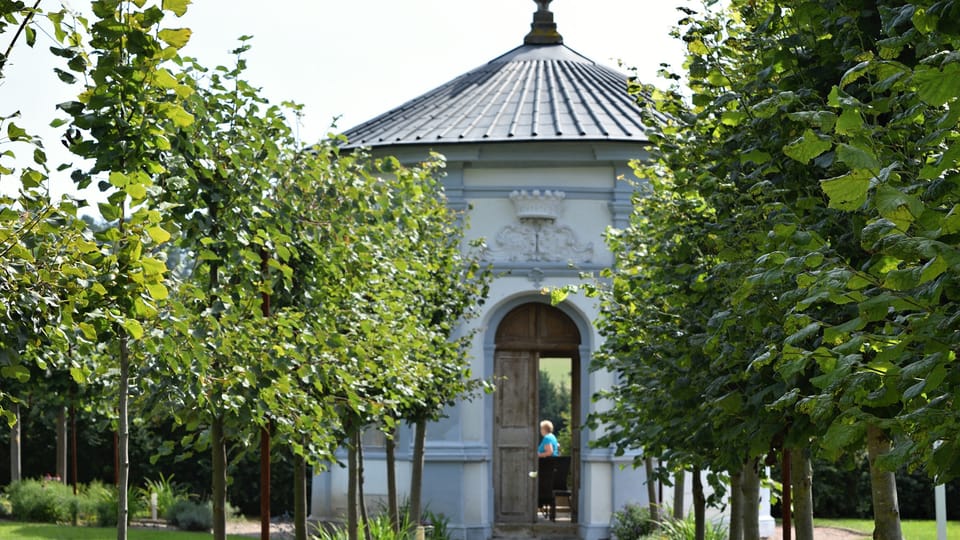 The castle of Nové Hrady seems almost out of place, standing in the centre of a small village in the hilly Pradubice region, some ninety kilometres east of Prague.

The owner Petr Kučera greets us in the dining room of his orange-painted rococo palace, nicknamed ‘Little Versailles’ to talk about his life at the castle, but he first explains his reasons for leaving the city two decades ago.

“In the late 1990s, my wife and I decided to draw a thick line behind our past existence in Prague.

“We owned extensive estates in the city, which we sold as building plots and we decided to leave Prague and rescue some old historical monument in the countryside.

“I studied history and I was always tempted to buy a historic building with a rich past and interesting architecture.”

Getting out of the city

Petr Kučera, photo: Ondřej Tomšů
The couple travelled around the Czech Republic in search for a suitable site and eventually ended up in a small village near the East Bohemian town of Litomyšl:

“Our choice eventually fell on Nové Hrady. The castle was built in pure Rococo style, which is very rare not only in Bohemia, but also in Europe.

“The building was completed at the end of the 18th century, more precisely in 1788, by the French nobleman Harbuval Chamaré. It never had to be rebuilt and has remained in its original state until the present day.”

In 1997, the family began the renovation of the devastated historical site. Petr Kučera retired from politics, while his wife Magda gave up work at various Japanese companies to look after the family business bookkeeping instead.

Mr Kučera picked up all sorts of skills during the process, from bricklaying and plumbing to carpentry and gardening. Within two years, the castle was more or less repaired.

“This is I think the sixth building we had renovated, so we already had some experience. We also hired some workers from among the local people.

“Over time, we gained more and more experience and today we do everything ourselves: from ground work to tiling, roof renovation and heat pumps. So that is a big advantage.”

Photo: Ondřej Tomšů
Petr Kučera stresses that over the years, he has never applied for public money or subsidies for the renovation of his castle:

“Having the experience, skills and knowledge that we have gained over the years, public money is the most expensive source of finances possible.

“If I compare the costs, of a job that I do myself, and work that the city does with the help of EU funding, our costs amount to one-sixth, one-eighth or even one-tenth of the price.”

In the past, the nobility owned extensive estates surrounding the castle, including villages with businesses, mills, quarries, brickworks and farms.

That has of course changed and the current castle owner has to look for new sources of income and establish a new purpose for his estate:

“For us, it means opening the door to the public, and making the beautiful things that remain accessible to people. We also have a restaurant, a pastry shop, we organize castle tours, galleries, there is a bicycle museum, an exhibition of English hats, and a large deer enclosure. All this secures our financial independence.”

More than just a castle

Photo: Ondřej Tomšů
The Kučera family is also proud of the extensive gardens surrounding the castle. There is a French, an Italian and an English garden, but also a vegetable garden, which supplies the castle restaurant. You can also visit a garden theatre or wander through a garden labyrinth.

The family employs four permanent employees. During the season, students are hired to work as guides or in the pastry shop, restaurant, museum and galleries. But the majority of the work is done by the family members themselves.

“At our age, I'm seventy and my wife a little younger, we see things differently than we used to. It's not about making a lot of money.

“We continue to invest what we acquire because we still have many plans. The cooperation of the family is important. We have four children and they will most likely continue our work in one way or another.”

Petr Kučera still regards working in and around the castle as a hobby. He hasn’t ceased to enjoy the never ending process and has never regretted having decided on a radical change twenty years ago:

“Prague is beautiful. We spent a large part of life there. For young people, it is probably the best place where to gain experience. But I was already there. I like to go back once in a while but I would never move back to Prague. Here I am at home.”