The popularity of disaster movies shows how people are fascinated by catastrophes, natural and otherwise. Now there’s a permanent exhibition by the City of Prague Museum called “Prague on Fire” which gives visitors a multimedia experience of the history of the city’s devastating fires. It’s located in a 17th century water tower officially called the “New Mill Water Tower” though of course it’s not new anymore.

Photo: archive of City of Prague Museum
The popularity of disaster movies shows how people are fascinated by catastrophes, natural and otherwise. Now there’s a permanent exhibition by the City of Prague Museum called “Prague on Fire” which gives visitors a multimedia experience of the history of the city’s devastating fires. It’s located in a 17th century water tower officially called the “New Mill Water Tower” though of course it’s not new anymore.

I was given a tour of Prague on Fire by Tomáš Dvořák of City of Prague Museum, who was instrumental in the creation of the exhibition.

“It took about two years of preparing. We had discussions. but we were short of time, as usual.”

Funded by a grant from Norway, Dvořák worked with a team of 17 artists for two years to create the multimedia displays. Open since 2017, it’s the newest museum show of its type in Prague.

The Prague on Fire museum is not only about all the times that fire has destroyed parts of Prague. Each floor has a unique take on the subject of Prague fires, including installations about firefighting and the role that water towers played, the social and political aspects of Prague firestorms in the past, as well as purely artistic and immersive installations using audio as well as video which is projected onto the entire inside of some of the rooms.

“We collaborated very deeply and very long with an artistic team, so it’s sometimes more like an artistic show.” 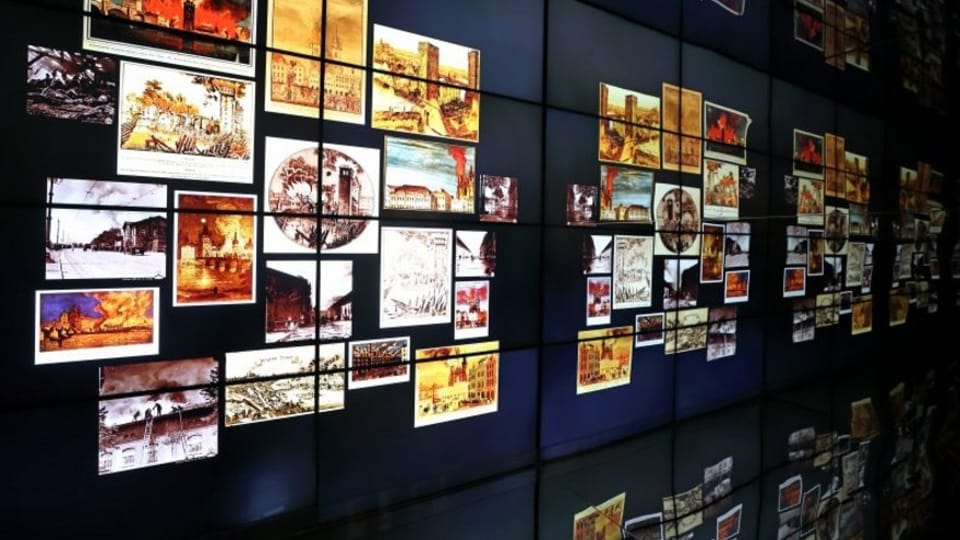 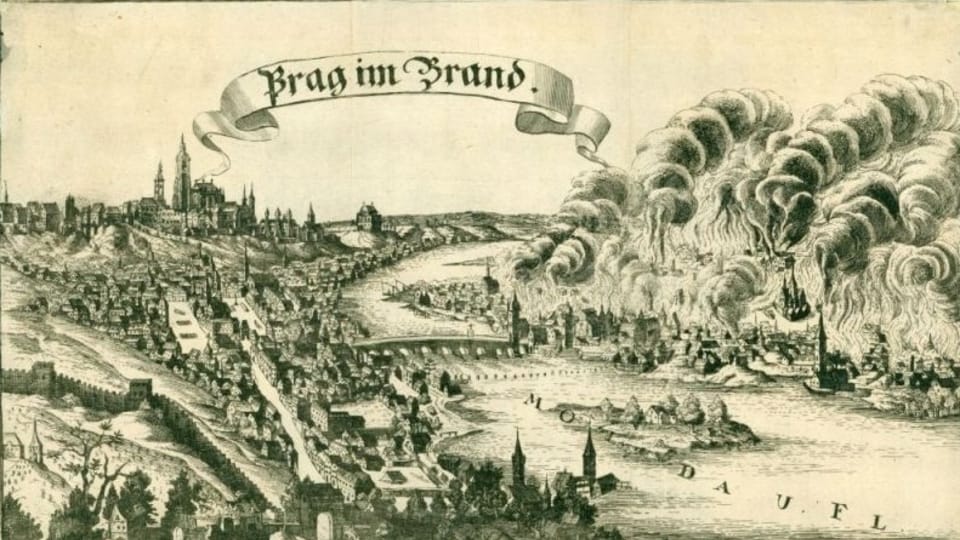 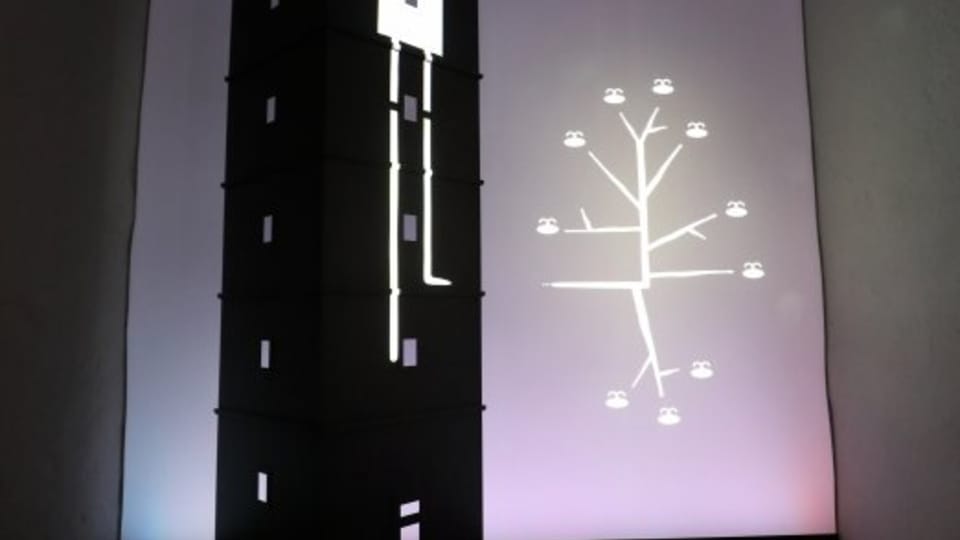 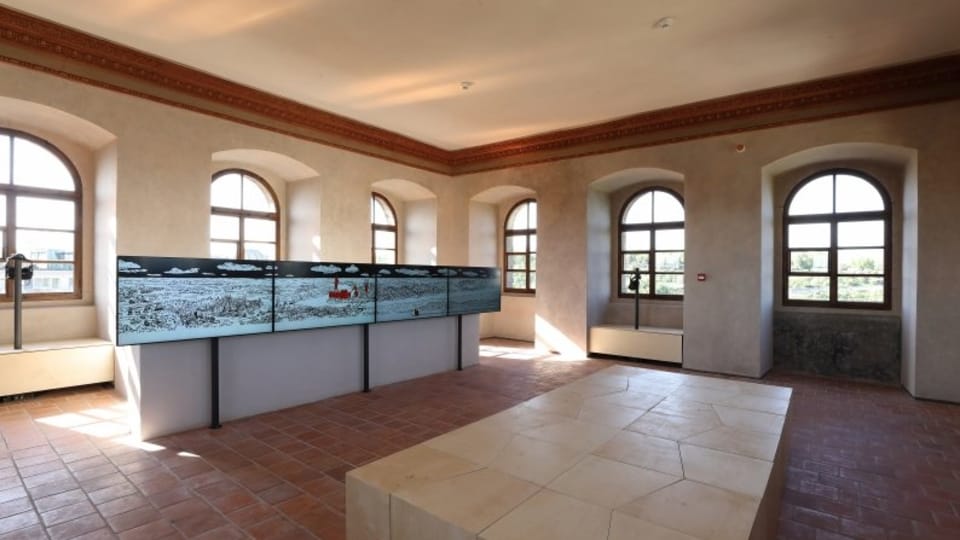 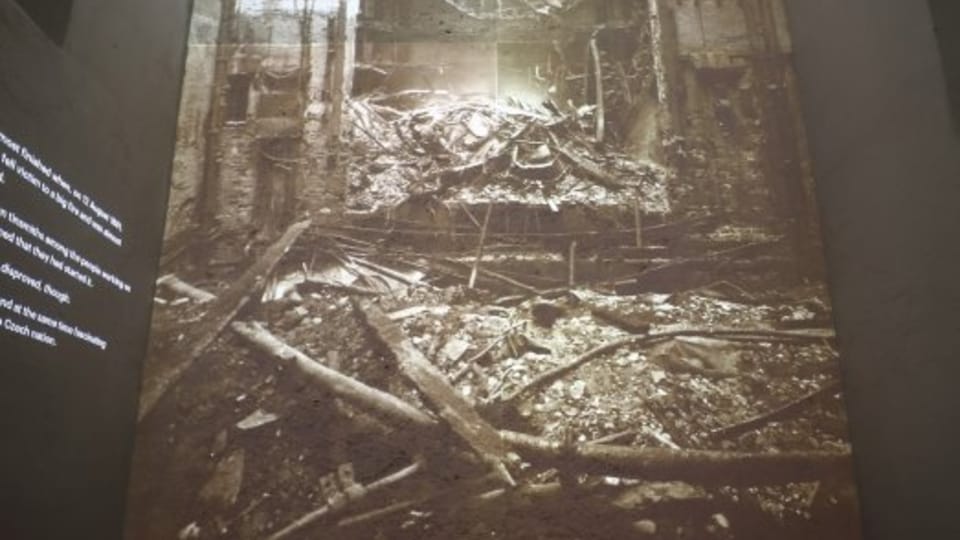 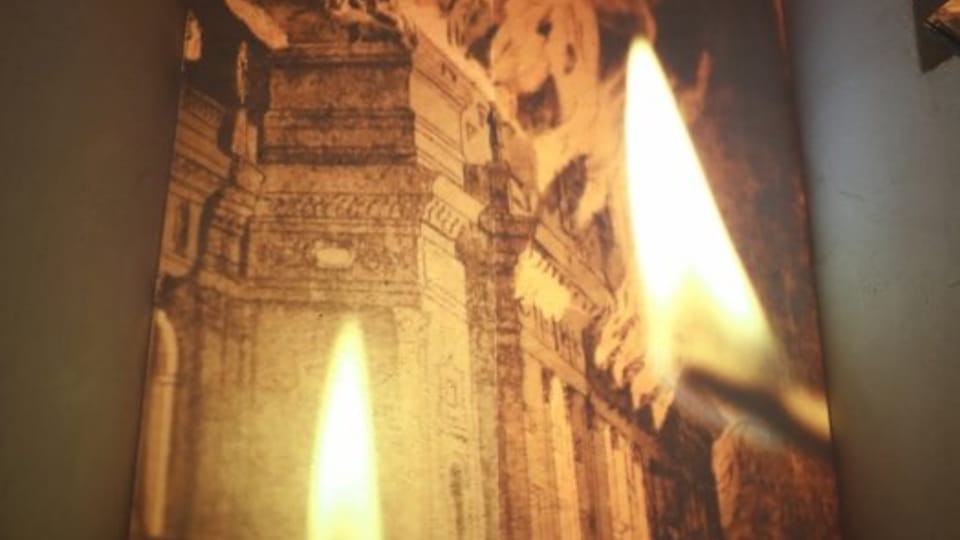 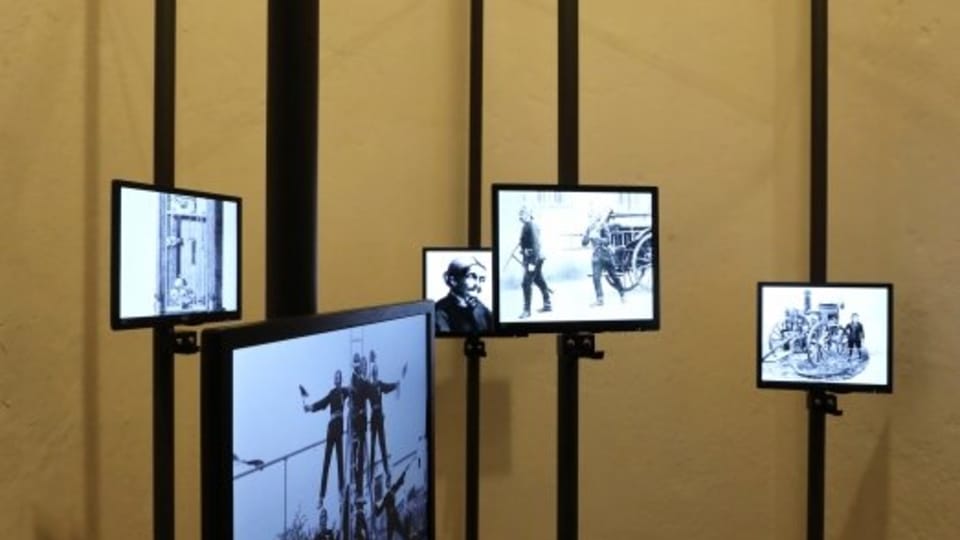 To experience the exhibition, you walk up winding stairs to each level of the six floors that make up the museum. It’s a bit of a hike and not wheelchair-accessible.

According to Dvořák, the top floor gets the most attention, so we’ll start there.

In the middle of the room is a long, continuous screen with an animation and timeline showing the area of Prague from prehistoric times to the present. As a little fire icon travels along the bottom of the screen, the scene changes and grows, showing fires breaking out in various parts of Prague over the years, and listing the place and date of each conflagration. It’s a great way to learn about Prague’s history in general as well as the history of major fires.

The top floor also highlights what Dvořák says is the double benefit of the exhibition, which is that in addition to the exhibits, you get to experience the old stone water tower. The top floor has a fantastic and unique view of Prague which was likely one of the first royal observation platforms.

New Mill Water Tower, photo: Matěj Baťha, CC BY-SA 2.5
“You can just have an experience like to be in a Renaissance party, because we have an idea that it was the oldest observation tower and the oldest special place for parties for the town nobility. So I think it could be very interesting to feel like people in the middle of the 17th century.”

In front of the windows in all four directions there are also virtual reality binoculars and headphones. When you put them on, you see the same view as the one out the window but with an animated, often science-fiction-based reimagining of the view. In one, a giant fire robot rises up and causes havoc in the futuristic Prague-scape.

Going down the stairs to level 5, we have an exhibit devoted to the historic burning down of the National Theater in 1881. While the music plays, you are surrounded by projections and sounds that make you feel like you are inside the theater as it burns down. It’s pretty dramatic.

Level 4 has a room that has a bright full-wall screen of animated fire scenes while all the other walls and the ceiling are mirrors. You get that infinity-aspect from the reflections all around you as you listen to some more history of Prague fires and how they were sometimes blamed on scapegoats. This part also includes projections of old drawings and notices about the fires of the past.

Level 3 is devoted to first-person accounts by firefighters, their families and others. There are several screens with animated representations of the people talking, and each one has headphones so you can listen to their stories.

Since the ground floor is the reception area where you buy your tickets, Level 2 is the last of the exhibits. In this one we get several depictions of the history of water towers, some technical details on how they worked throughout history and the role they played in fighting fires.

As one of the newest and most multi-media oriented permanent exhibits in the city with both artistic and historical features, the Prague on Fire exhibition in the New Mill Water Tower is well worth a visit. You could say it’s hot.