After many months of delays, and several years of arguing, the Slav Epic will go on display in Prague’s Veletržní palác on Thursday. Alfons Mucha’s Art Nouveau masterpiece has been at the centre of a heated dispute between the town of Moravský Krumlov, where the 20 enormous canvasses were kept until recently, and the City of Prague, which has made no secret of wanting to put the work on permanent display. As for the painter’s own wishes, the Slav Epic was willed to the Czech capital upon his death in 1939, but on the condition that a special building was made for it. That has never happened, much to the ire of the Mucha family. We spoke with the painter’s grandson John Mucha in London, and asked how he felt about the opening. 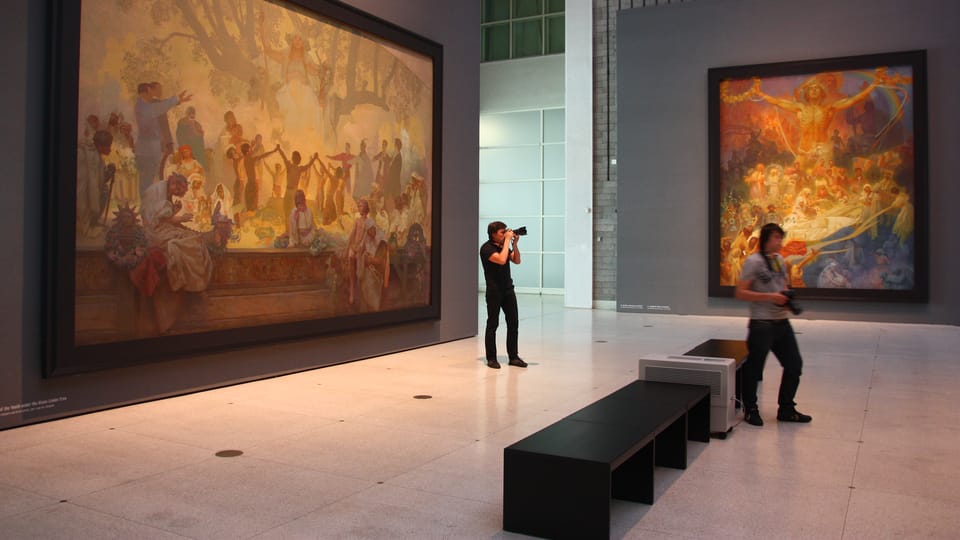 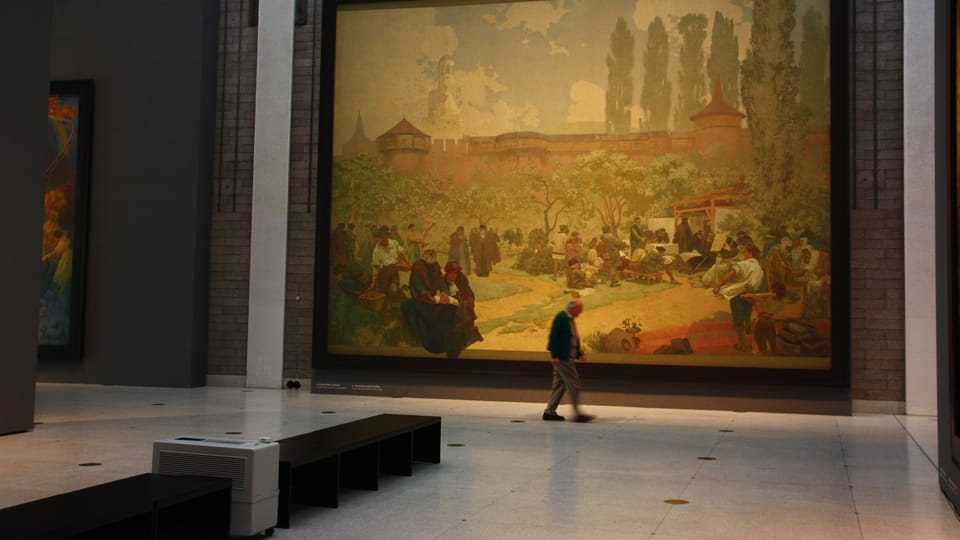 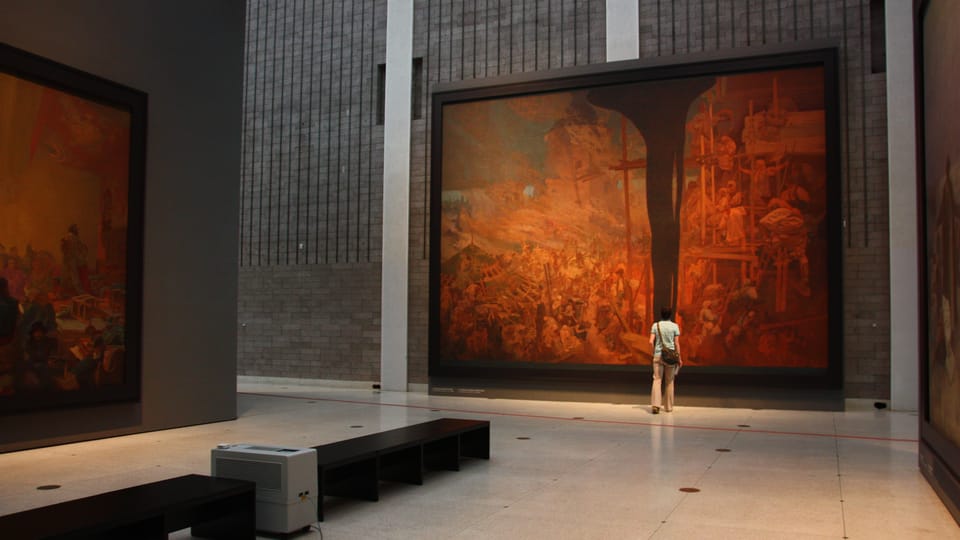 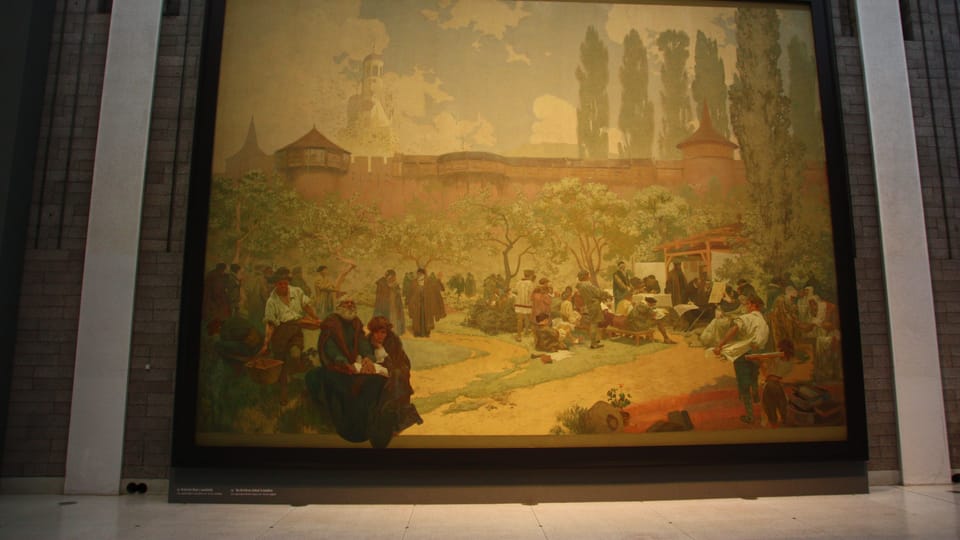 “To be perfectly honest, I’m sad. We as a family have not been involved in the transfer and installation of the epic in Veletržní palác. We have consistently agreed with the leading conservators of the Czech Republic, including the director of conservation at the National Gallery, who recently reaffirmed his grave doubts about the sensibility of a long-term exhibit the Slav Epic.”

What problems exactly do you take issue with, aside from the obvious question of the artist’s wish to have the paintings installed in a special building of their own?

“Well the first aspect, as you quite correctly say, is that this solution does not meet my grandfather’s wish. But the issue is purely the long-term survival, if not destruction, of the Slav Epic. These are not my emotional words, these are the words of the leading conservators of the Czech Republic. It is believed that the appropriate conditions for the works cannot be replicated in Veletržní palác, in spite of everything that the gallery and the City of Prague have done. I know that they have eben very critical of Moravský Krumlov, but one of the major benefits of Moravský Krumlov is that, for instance, there were no dramatic changes of temperature.

Alfons Mucha
In Veletržní palace, it’s a completely different story. And the question is whether the technology that was put in – or that we are told has been put in – is capable of controlling that. Nobody knows. What should have happened was that first of all, the place should have been prepared and run while empty for a year, to see if they could meet the conditions. And then yes, if they could meet the conditions then it would be a different story. But this is pure speculation.”

City Hall has rented the space for two years, so what now becomes of your struggle to find the right location for the cycle? Where do you go from here?

“I think actually, as you may know from the latest news, it’s not quite like that. I understand that the space is rented by the Gallery of the City of Prague, which – I suppose unexpectedly, or certainly without any authority from the city – has overspent the budget by over two hundred percent. And that is now a major issue between the gallery and the City of Prague, because I understand the city has said, sorry, we’re not going to fund it.”

What then will your role be from here on? 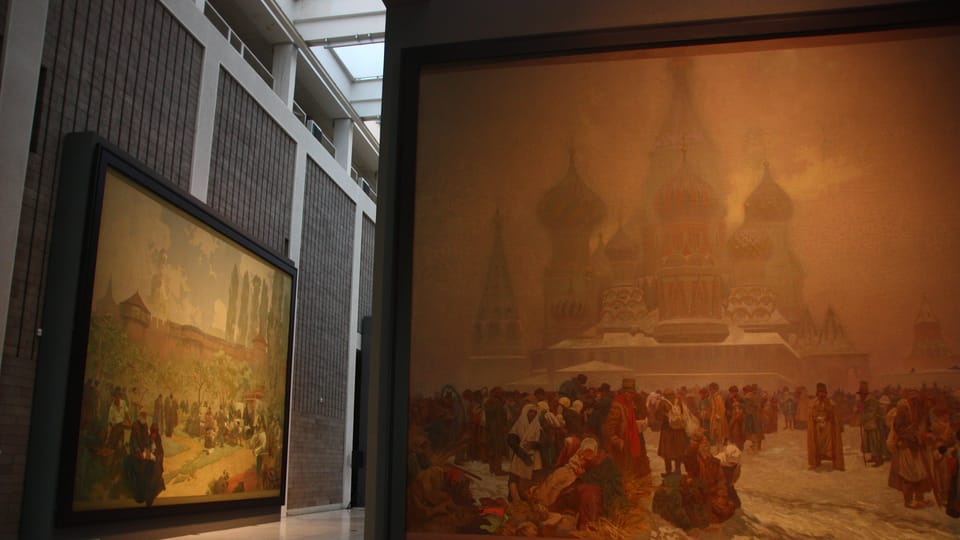 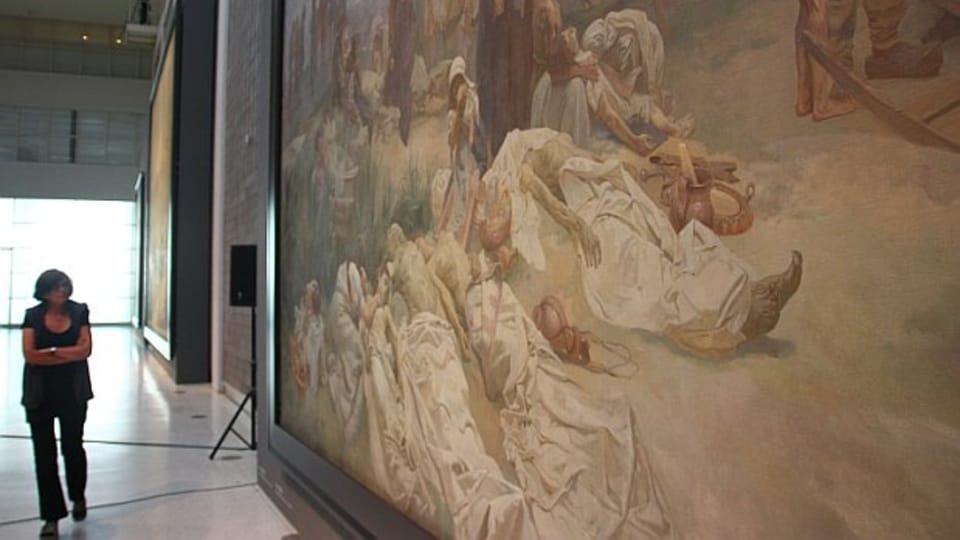 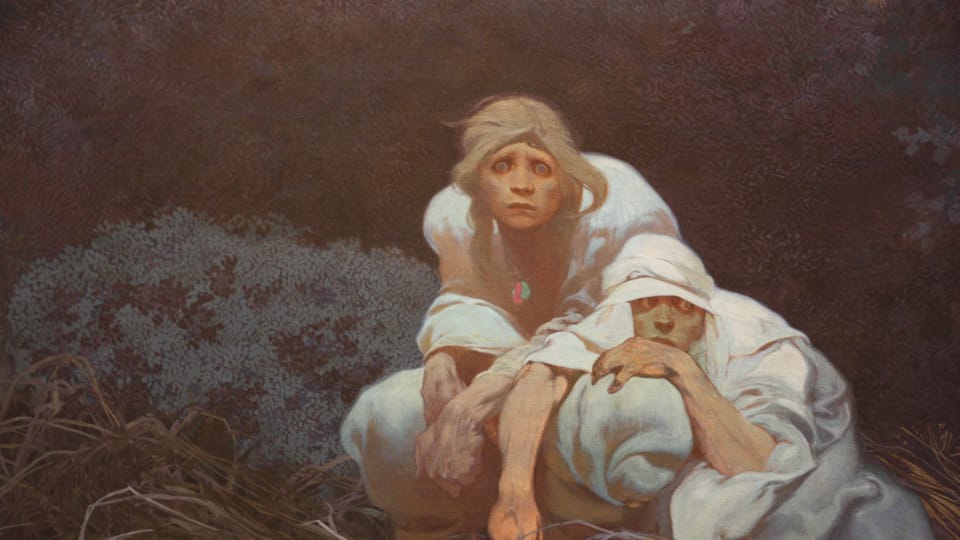 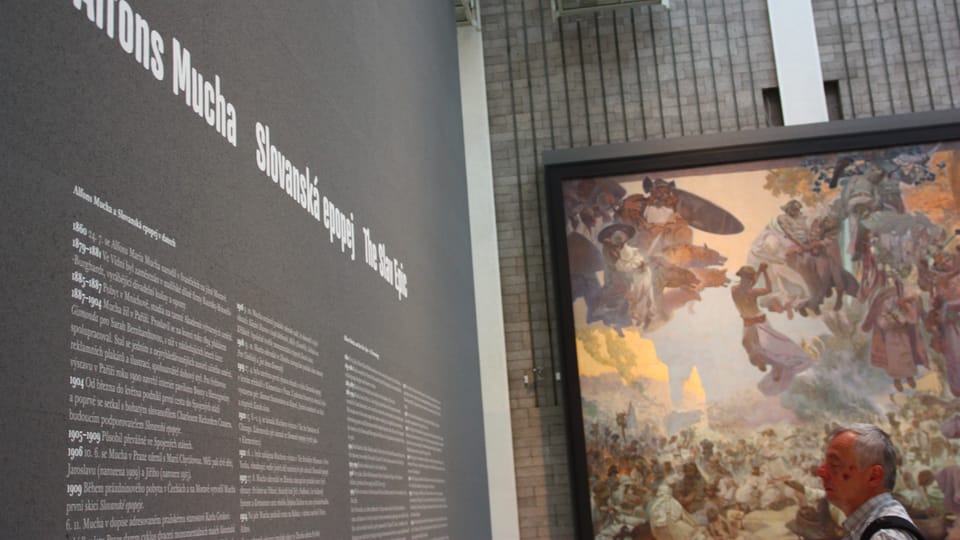 “To be constructive. We are involved in a constructive dialogue with the City of Prague and are working on what we hope will be a long-term solution to the situation with the Slav Epic. Specifically we are working on the concept of placing the Slav Epic in Hlavní Nádraží, the main railway station, which is a wonderful, honourable building that is not really used anymore. It is currently being conserved and reconstructed, and there is sufficient space there not only to show the works as my grandfather wished, but also – unlike in Veletržní palác – to show all of the background material – the studies and photographs – to give the whole story of the Slav Epic. All that material will come from our collection.”