This week’s Arts focuses on two photographers from rather different backgrounds who both have exhibitions right now at Prague’s Langhans Gallery. Pavel Dias, a Czech documentary photographer, has a show called “Padesát” (Fifty), featuring work spanning half a century. Bill Jacobson, meanwhile, is an American artist showing new work under the title “funny, cry, happy” alongside early pictures never shown publicly before.

Pavel Dias teaches at FAMU film school in Prague, where he himself studied to be a cameraman. However after graduating in the mid-1960s he returned to his first love, photography, focusing in particular on long photo essays.

The 50 black and white pictures from his 50-year career on show at Langhans include scenes from everyday life, Nazi concentration camps decades after the Holocaust, and the world of horse-racing.

“I regard the work as personal – it’s personal documentary photography. I never had many opportunities to travel, but in any case I did make it to a few places. I’ve seen India, parts of north Africa, I’ve been around Europe…thanks to my surname they welcomed me in Spain, where I’ve been many times.

“Because I worked for many years on cycles about Judaism, concentration camps and the Holocaust, I’ve been to Israel four or five times.”

The Brno-born photo-journalist, who is now 70, outlines why he has dedicated so much of his career to the Holocaust and its aftermath.

“My grandfather, who stood in for my father, survived the Holocaust and came home from Buchenwald. He spoke about it a lot. I myself started working on that subject and travelled about visiting former camps.

“But I had problems, because while the Communists were professedly anti-fascist, they didn’t want to draw attention to the camps – because they were reminiscent of the gulags.”

Such problems led Pavel Dias to look for a new focus for his photography, a subject with fewer political overtones.

“I couldn’t find one. But then I remembered the time I spent around horses growing up in the country. I had also taken pictures on a stud farm while I was at secondary school – one photo became a success in places like Hong Kong, Italy, it won awards.

“So I said to myself, I’ve got a subject – I’ll do horses. I started going to race meetings in socialist countries, before I succeeded in visiting the cradle of horse-racing, Great Britain and France. That’s how I got into horses, which kept me going for 15 or 20 years.”

One particularly striking shot in Padesát is of an enormous, snaking line of mourners on Prague’s Old Town Square – evidently taken from the top of the Old Town Hall – during the funeral of Jan Palach. Dias says the 40th anniversary of Palach’s death recently led him to reminisce about that traumatic time.

“I remember very well I was at a meeting of photographers in the restaurant Mánes by the Vltava, and that’s where we heard what he’d done. We decided to get involved with protests that were taking place, or to make a declaration.

“When we handed in our resolution to the chairman of the co-ordinating committee it was none other the poet Jaroslav Seifert, who later won the Nobel Prize.

“Jan Palach did the most tragic thing he could have done. It was a sign of his terrible desperation and disappointment with what was happening here, how we accepted things without protesting.”

Pavel Dias currently shares the Langhans Gallery with the American photographer Bill Jacobson. He is best known for striking and somewhat disorienting out-of-focus photographs of individuals and New York streets taken during the 1990s. The Prague show, however, is of new, colour work, under the title “funny, cry, happy”, and early, previously unexhibited black and white pictures from the ‘70s. Why “funny, cry, happy”?

“It’s actually a title I got from an awning in New York City. There was a store that I would pass every day, they sold cigarettes and telephone cards, and for some odd reason the awning that hung outside had those three words.

“I went by there every day and I would always look up and say, what a beautiful urban poem. It to me conveyed a very concise range of human emotions. Of course it’s not the entire range of emotion, but I think it’s three things that people feel very deeply – humour, sadness and joy.”

Also here at the Langhans Gallery there are your photos from the 1970s, when you were a younger man, in your early to mid 20s – how do you look on those photographs today?

“It’s a pleasure to go back to them. I had left them in boxes in a corner in the closet for many, many years. From 1989 to 2004 I primarily did out-of-focus photographs, and now more recently when I’m coming back to do in-focus work I wanted to go back in time and look at the last time I had taken sharp and focused work, which was literally 30 years ago.

“I find in retrospect that the work shows my beginnings, but I think it shows a continuity of vision over the last 35 years.”

You’re perhaps best known for out-of-focus work from the 90s – why is none of that photography here in this exhibition?

“The curators here at Langhans and myself both had the idea of showing the early work and the later work – talking about the progression of vision over many years.

“We also thought it would be to all our benefit to show aspects of my work that are not as well known.”

You were saying earlier that the out-of-focus photography was somehow linked to the AIDS epidemic. In what way were they linked?

“By working out of focus, I wanted to speak about memory, about the passage of time. About how memory becomes blurred over periods of time, how when we lose friends, we lose relatives, the whole cycle of birth and death…in some ways there’s a blur in our imagination. Photographs that are sharp I think have a harder time to capture that passage of time.

How does it feel having this joint or perhaps parallel exhibition with the Czech photographer Pavel Dias?

“I’m pleased and I feel honoured to be showing with Mr Dias. I feel both of us share a desire to look at the world clearly and deeply, and reflect that back to others.”

The two photographers’ shows are on at Prague’s Langhans until March 1. 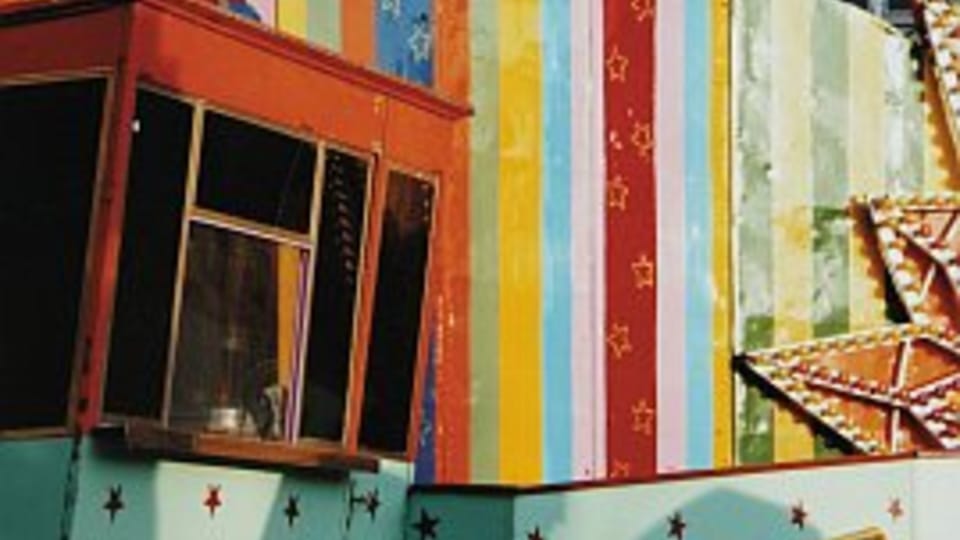 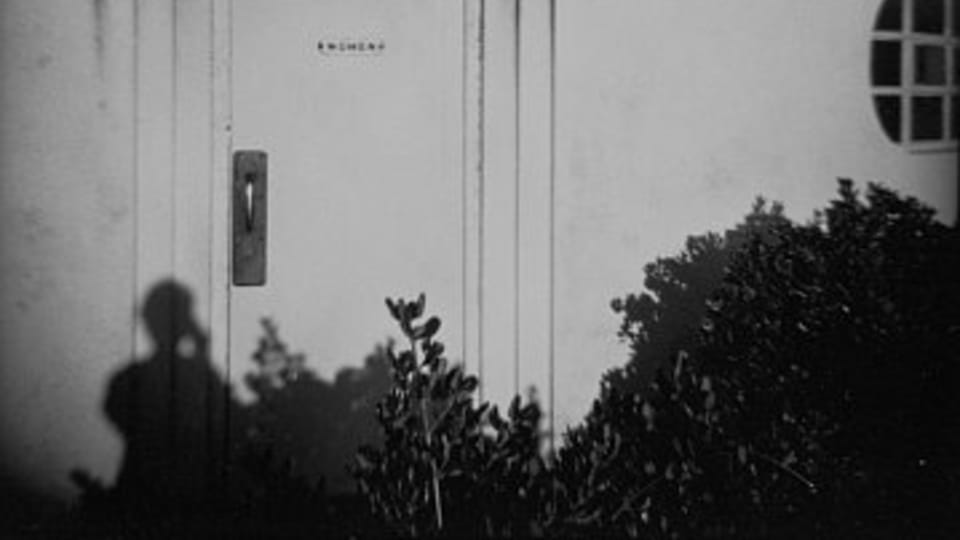