Last week one of the Czech Republic’s most important artists, Milan Knizak - sculptor, painter, poet, head of the National Gallery and outspoken pedagogue - opened a new solo show (Recent Work) at Prague’s Manes Exhibition Hall. Dominant themes include Knizak’s take on the crucifixion as well as the Madonna with child, painted with a fresh, even punk sensibility and signature irreverence. Paintings include slogans, which some reviewers have called “urgent”, others “stinging”: slogans such as “I hate progress” or “I hate nature”, some in English, some in Czech. The famous artist makes clear he has lost none of the enfant terrible spark that defined much of his earlier career; now, as before, Milan Knizak aims to provoke.

“Irony is a strong part of my expression and I say ‘If something is too serious, it’s not serious enough!’ Even if I am trying to express something very serious, I try to play it down, to turn it down, to kick it out. To kick seriousness out, if it’s there!”

Language is an important element, serving different purposes in his work, Knizak admits. On one level it acts as an “exclamation point”.

“The Czech language is more abstract, more poetic, while English and German are ‘describing’ languages. But on the other hand, English is good for simple slogans. When I am using Czech expressions, they are more like poems; when I use English it’s more like shouts, some kind of screams. Simple slogans like when people go on strike. Czech is very juicy, semi-philosophical, but English is very direct. Czech is never that straight-forward, or almost never as straight-forward as English. I like to present certain slogans in a language which almost everyone knows, and I am using simple topics: love, hate, shame, to guide you somewhere. The exact meaning might not be clear, but it is guidance nonetheless.”

Knizak has always been a conceptual artist but agrees he has grown more comfortable with “blurring the edges” in recent years.

Milan Knizak, photo: CTK
“I worked very much with concept in my life. I started with ‘actions’ and ‘happenings’ which I called ‘ceremonies’ because they were more like rituals in reality or the space of mind. I would say that now I am freer of concept. It is concept but not precisely planned: it is not precisely done, it is just the nature of the pieces. When I was painting Christ, or figures who are crucified, it just came by itself. It may look like I planned the series as a whole, but that isn’t true: it just came out. So I think that ‘concept’ is now just a part of my creative process.”

The series of crucifixions is probably the most dominant theme in the solo show, showing roughly painted figures on the cross, sometimes accompanied by graffiti-style text or crude universal symbols. The most interesting elements, some have noted, are violent tears in the canvas, revealing unexpected details:

“I made that piece with the Christ over there and I didn’t like it: I painted something which I didn’t like and I was furious. So I took a knife and cut off a piece of it, revealing the stretching frame underneath, which also appears like a cross. This accident was very important for me, and so I used the element several times more.”

His focus is not religious but universal: suffering, pain, confusion, anger, often lashing out. They often take long from idea to finished object.

Photo: CTK
“All of them last long, but some of them I consciously start to work, others are done by themselves, inside, which I can’t speak about. Sometimes it takes long, sometimes it’s clear from the start and I just make them. But usually it takes me a long time to complete something, to express what I want. I say I am collecting feelings, and it takes a long time before they are ready to be spoken out.”

One important aspect, says Milan Knizak, is his particularity for never painting what he considers “perfect” work, but purposely including certain formal flaws.

“I am very able to make a very perfect painting but I am scared of perfect paintings. It means I am always making some kind of ‘mistakes’, some faults, some problems. Problems, mistakes, can be see as a kind of ‘key’ to the piece and it’s more human and you can accept it.”

Not only paintings but also sculptures by the artist are on view at Manes: a commando of animals the artist transformed from store-bought garden statues; sculptures from re-formed kitschy eagles, turtles, dogs and other creatures, which the artist fused with plastic weapons, which he then painted black.

“This is kind of a ‘Vietnamese’ piece of work because I bought these figures and maquettes of arms at the Vietnamese market. Then I was cutting them and putting them together and modeling the rest and adding the weapons and spraying them black. They are very common and bad animal figures which you can buy. I did it on purpose: first, it’s easy. I’ve worked on very many sculptures in the past which had to be modeled, so this was effective. I wanted to just make a message with these figures, which have just a touch of stupidity, which for this purpose might be just right.”

Photo: CTK
The mundane animals fused with ridiculous weaponry, Knizak suggests, are only slightly threatening, rooted as they are in the world of kitsch:

Milan Knizak remains one of the country’s most influential artistic figures and if he’s “mellowed” with years he’s certainly not showing it. His latest exhibition continues at the Manes Gallery until the beginning of January. 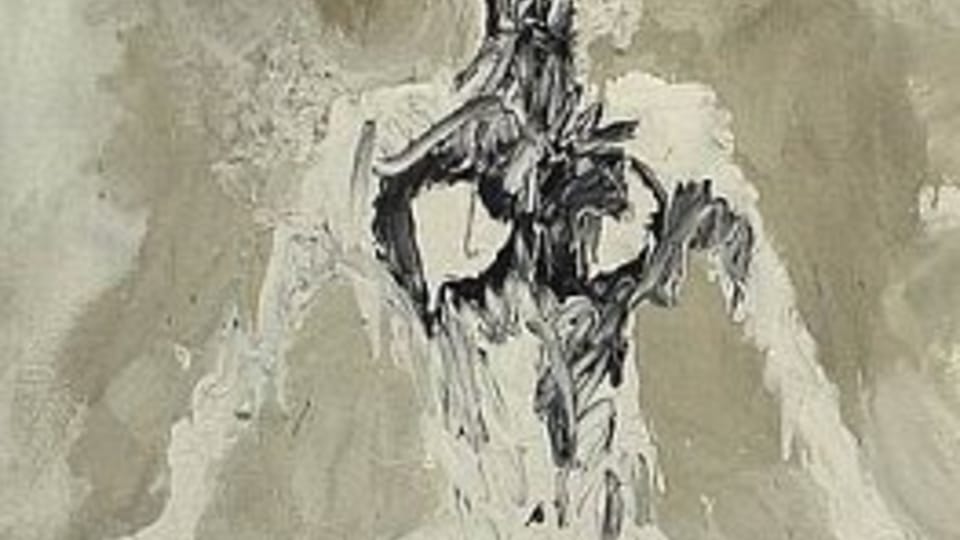 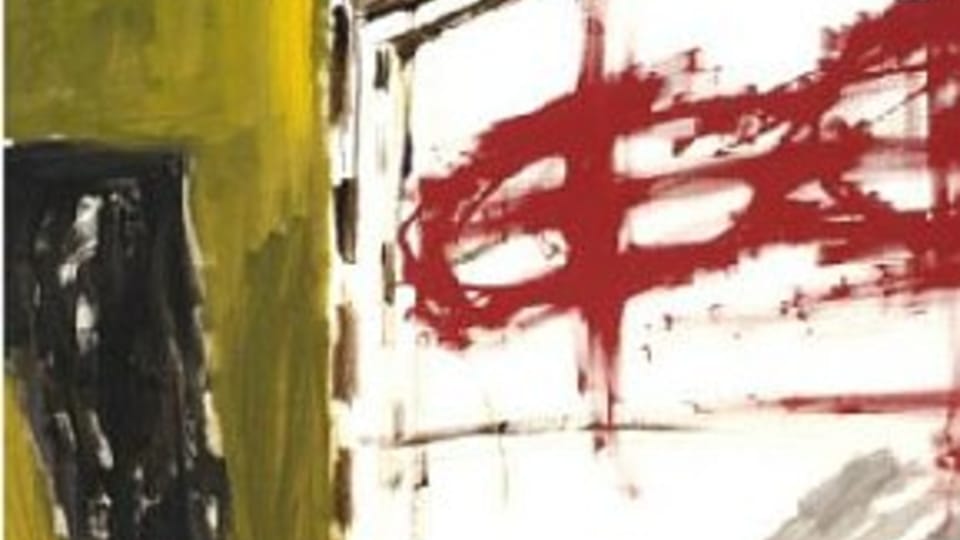