Authors Matěj Černý and Marie Peřinová, partners in real life, worked for three years on a most unusual guidebook mapping Prague’s most curious sites. Entitled 111 Places in Prague That You Shouldn’t Miss, it became a surprise bestseller and will see an English edition later this year.

Photo: Paseka
I met with Matěj Černý recently and began our interview by asking how he and his partner had gotten involved in the project.

“The whole 111 series is something that belongs to the German publishing house Emons and they have had tremendous success with it. In Germany, the Berlin edition sold I think some 80,000 copies. Friends of ours own a tiny Czech publishing house which cooperates with them and they approached my partner Marie and I to see if we wanted to do one for Prague. It was as simple as that.”

Does that mean that the guidelines for the book where, in a way, pre-set?

“That’s a funny thing: that was what we expected. But it wasn’t entirely the case. Throughout the preparations we found the process was quite flexible: so we sent them a list of potential sites and the guidelines emerged. We sent them a list of around 60 places and they gauged the selection and revised it, approving some that were really interesting and getting rid of others as too well-known, for example.”

How did the process continue? How did you divide up the work?

“It was basically a mix. If you like Prague – and we LOVE Prague and walking around – you just sit at first and write down spots by heart. Then, you ask people. Naturally, there will be districts you know less about, so you ask people what they know and begin to fill it in. For us, it was important that the book not centre too heavily on two areas we know very well, where we live and work, Smíchov and Malá strana. So we had to be careful about that. Marie asked a lot on facebook, to get people to point us in the right direction.”

In the old days, a lot of this would be word-of-mouth; today we see a large use of the social networks…

“We love Prague and walking around… getting behind the façade was exciting.”

“That’s true, at the same time we set up many, many meetings as well. We consulted at length and had a lovely conversation with the very well-known architectural historian Zdeněk Lukeš, who works at Prague Castle, who worked under Václav Havel and is still there. His input was important.”

Do any of the areas in the book have an urban myth element about them?

“I wouldn’t say so, not quite. But there are some things that are similar: such as the best place to view the historic Jewish cemetery for free. As you know, visiting it is expensive even for foreigners and we learned or knew of a place where you could see them for nothing. There were enormous windows and it was perfect. There was a fabulous view.”

“The toilets at the Museum of Decorative Arts! It was actually the first piece that we wrote as a sample for the German publisher and they really liked it; in the end, it isn’t in the book, though, because over the course of three years the museum was shut down for renovation and the washrooms were moved!”

Parallel Polis, photo: archive of Ztohoven
It kind of reminds me of when I first began coming to Prague, when a lot of parts of the city were still quite dilapidated and I didn’t know the city well yet. There were all kinds of mysterious archways and passageways and hidden things to discover…

“The whole book is about exploring. We are not saying this is a definite list of 111 places, or even the best list, it is our list. You might like some of these places but we are also hoping that people also explore for themselves. To do what we did: peak into courtyards to see if they are open, to look behind the windows, to try and find what is behind the facade.”

Is it a stretch to say this kind of the alternative or antidote to the classic tour of Prague? The Castle, the bridge…

“Exactly. One of the requisites for us as authors when we were approached was for the book not to be main stream. In a way, it is actually not a book for the first-time tourist in Prague. Ok, maybe if you have a week, I’d recommend something like Lonely Planet for the first three days and then use our book for the rest to explore the niches or anything else you might find interesting.”

Let’s talk about some of the places featured. We have the Bitcoin café…

“We are also hoping that people will be inspired to explore for themselves.”

“It is located in Holešovice in a building known as Parallel Polis, which is a project set up by the Ztohoven guerrilla art group, exploring hacking and alternative ways to exist in the interconnected world. The café is part of it: it is not that it is the first café that you can pay in Bitcoin it is that it is the first café in the world where you can pay only in Bitcoin.”

Did you try the coffee there?

“I did and it was fabulous. It is some of the best coffee I had in Prague. It’s run by real coffee freaks and it was amazing.”

What is the Bridge of the Intelligentsia?

“This was a bridge built by the communists in the 1950s [when the Czechoslovak intelligentsia was forced to work as labourers]. The communists wanted to build big new things and they built this railway bridge across the Vltava to Braník, but they didn’t realize the tunnel through rock on the opposite side was not stable enough for a wide tunnel, so only one side of the bridge has a railway track. The other side – and you can walk across, it affords excellent views of Prague Castle – the other side is all covered in grass and it looks like some country road, a country road crossing the Vltava.”

How do you explain the paternoster to listeners, we have one here in the original Czech Radio building?

“It’s essentially an elevator, popular between the 1930s and 1950s, which never stops. It is always going up on one side and down on the other.”

Did you expect your book to do so well? Because it was a bestseller and it sold out…

Bridge of the Intelligentsia, photo: Wikimedia CC
“No we didn’t. We thought everybody who lives in Prague would be like us and have their nose stuck up that they know everything about the city. So I was afraid it wouldn’t sell at all.”

How large was the original print-run?

“The first run was 3,000 and the second 3,500 which already sold out as well. A third print-run is coming; I don’t know how many copies there are there.”

It must be a great feeling…

“To be honest, it is. It is a great feeling to see it on the book shelves. I still can’t believe it.” 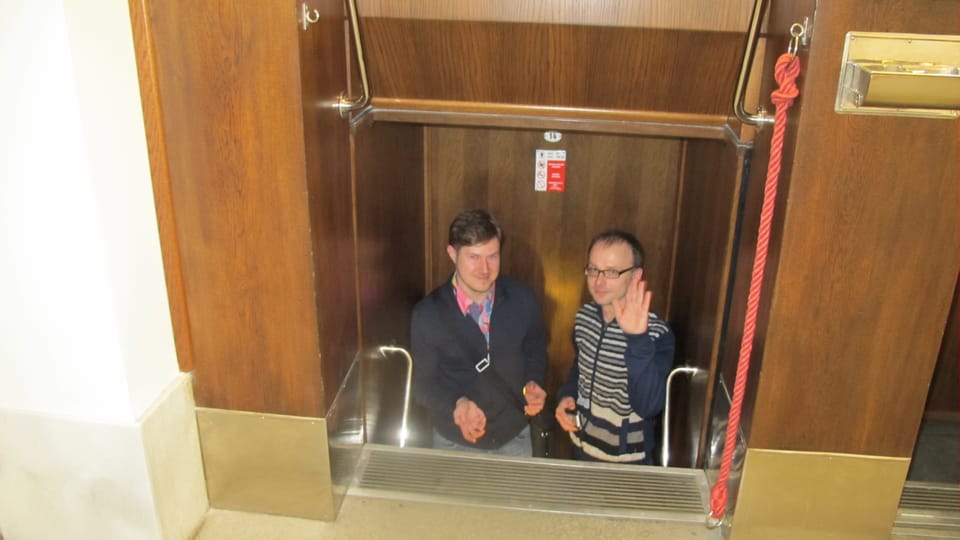 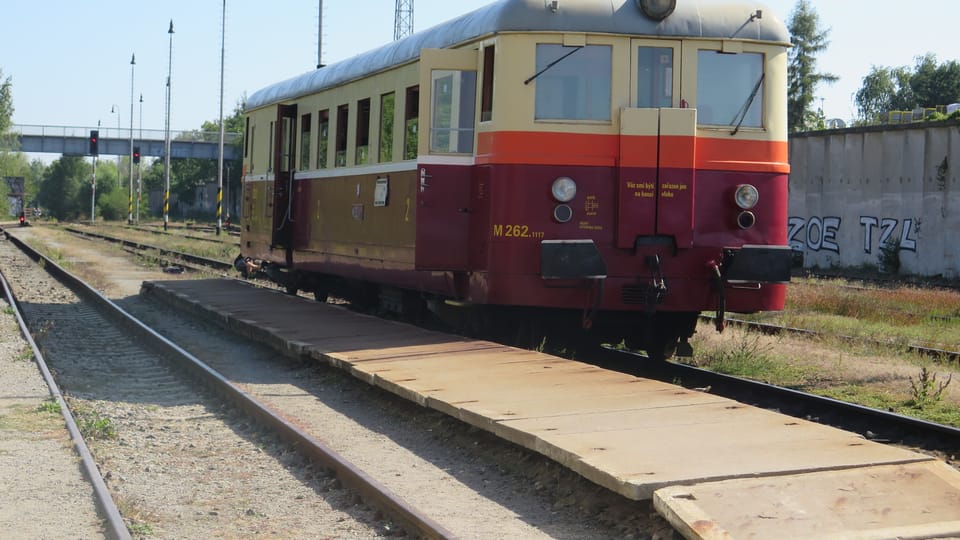 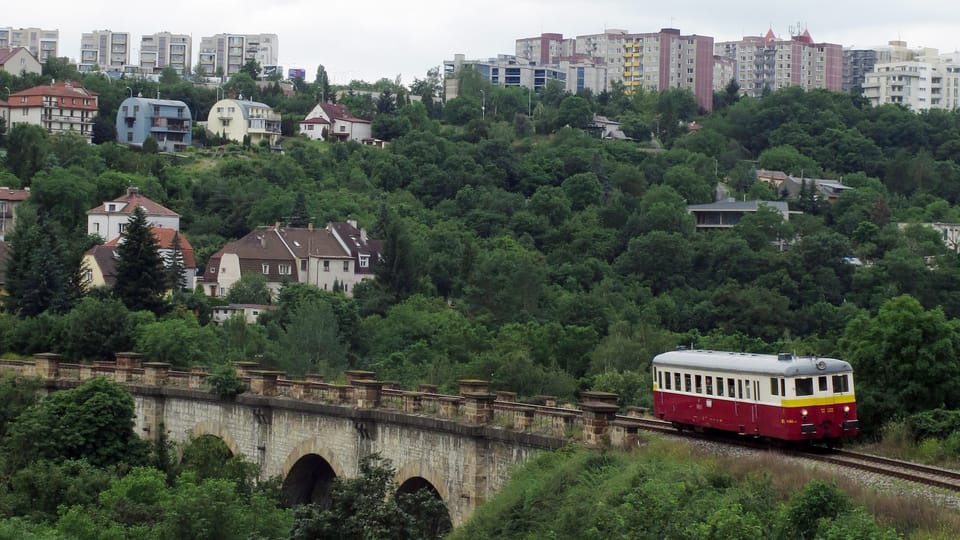 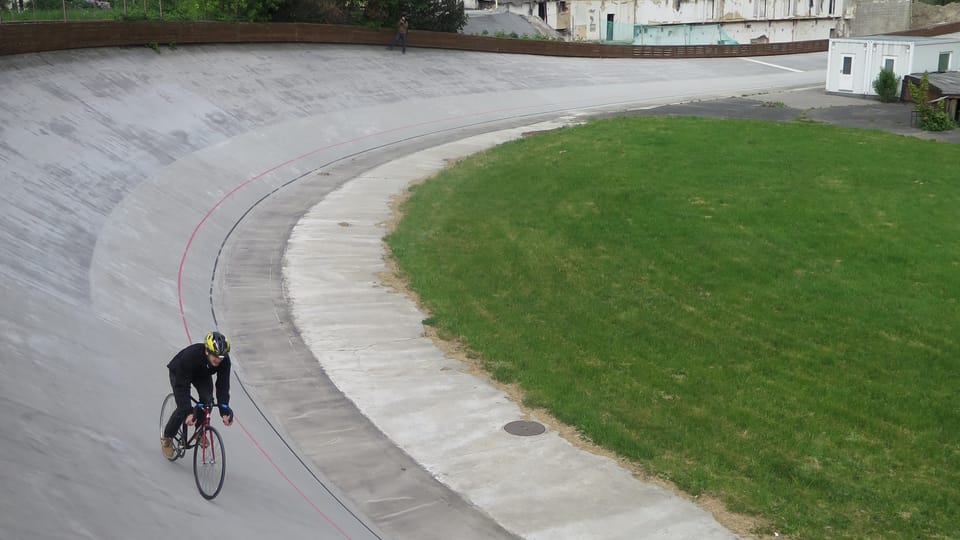 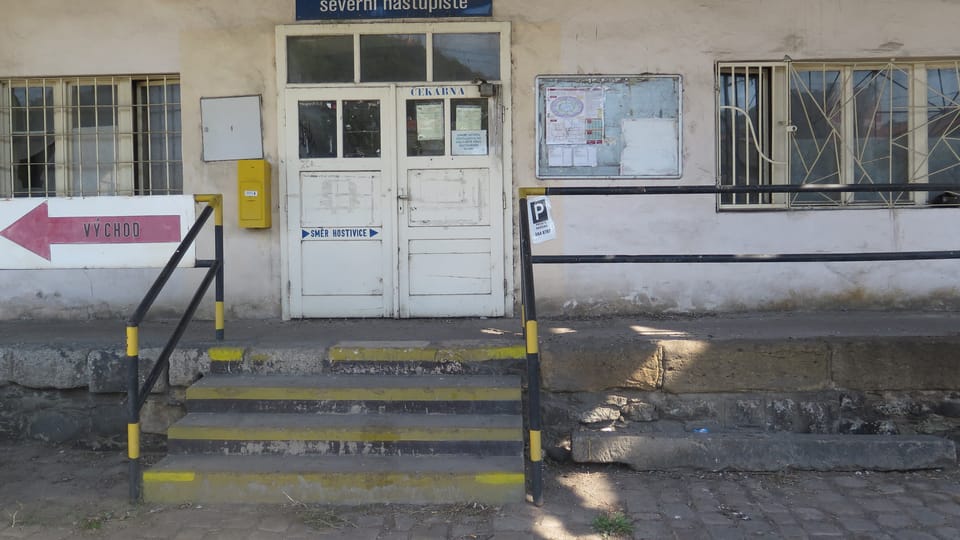 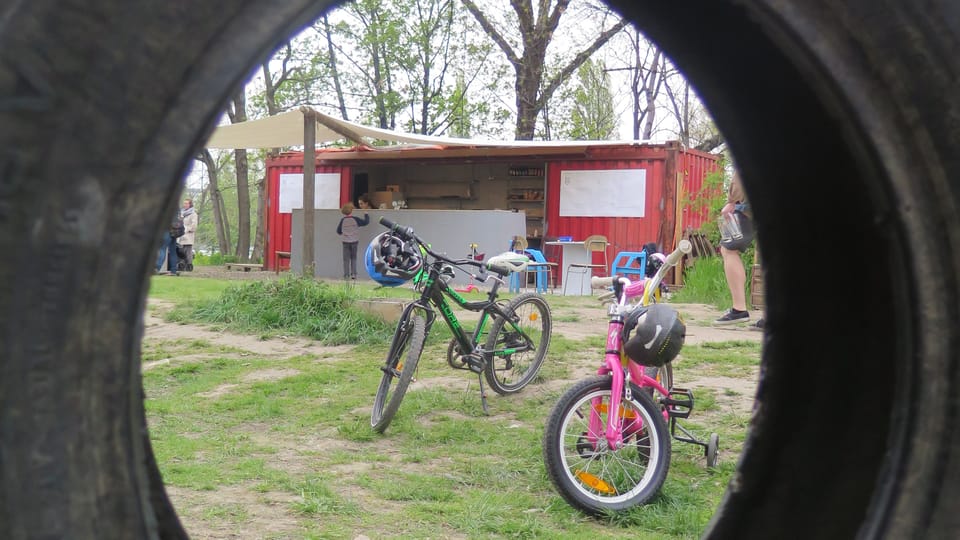 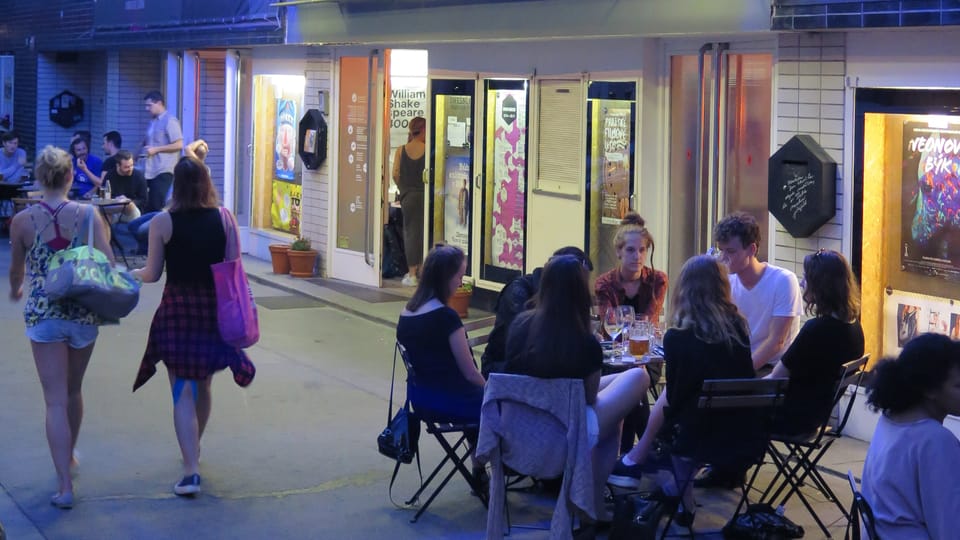