Marek, why did you choose an English title for your movie?

"Well, it was a coincidence. My co-screenwriter Stepan Kopriva saw [the expression] one day, when we were working on another screenplay, on a box of toys. And he told me it could be a great title for one of our future movies. We write mostly comedies and we thought it would be a good comedy title for our future creative life." 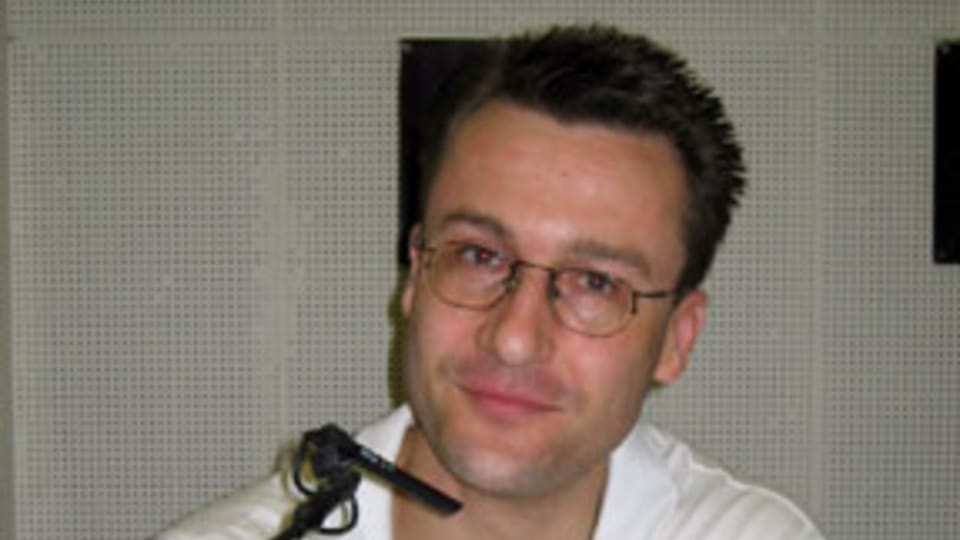 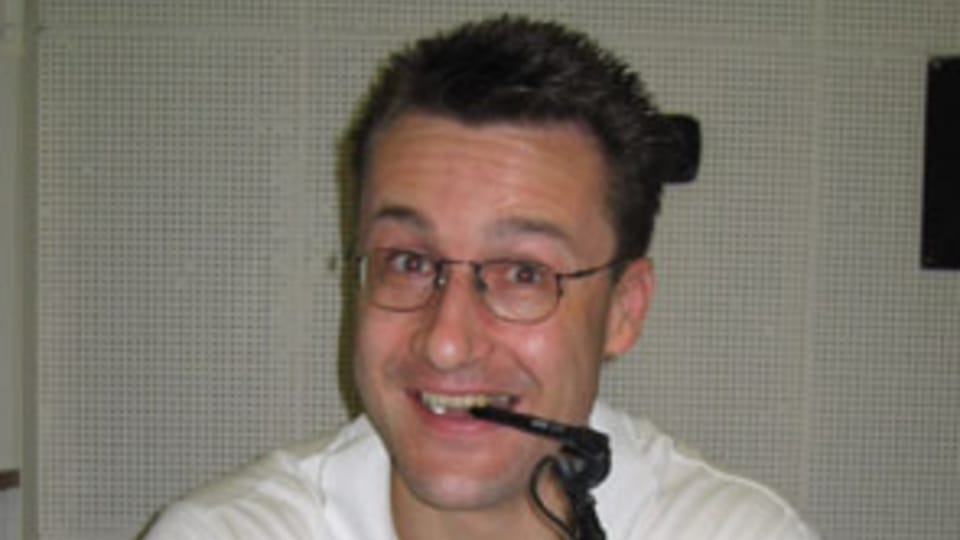 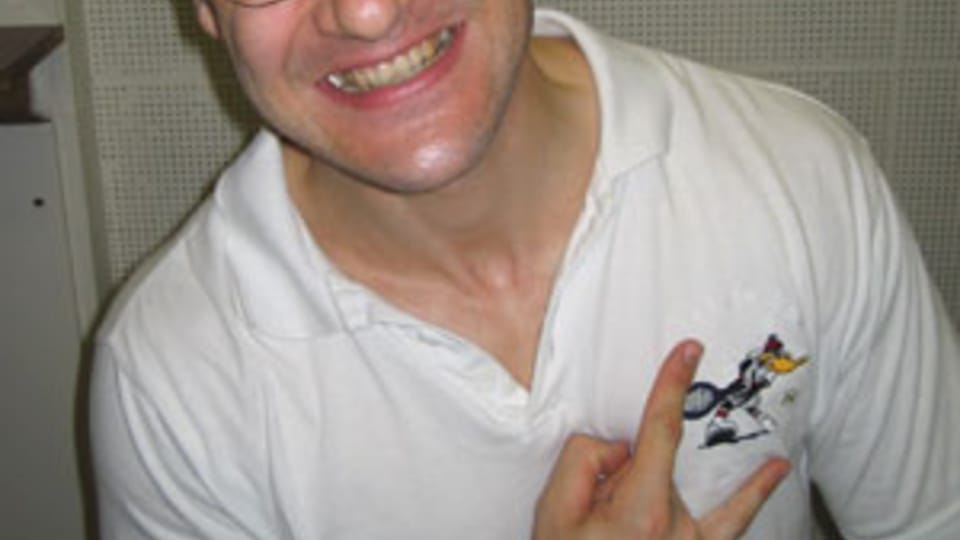 'Choking Hazard' is a zombie comedy...

"...yes. It's a zombie comedy about searching for the meaning of life."

...that is not a very common genre in this country...

"Yes, that's true. My age is 33 and I think that the young people around this age and younger are often fans of horrors and Italian and American zombie films. There is a strong audience which likes these kind of films."

In the film, I suppose I can say, you poke fun at a very specific social group in this country, the hunters or gamekeepers, or forest managers as they like to call themselves. Do you have any special relationship with them?

"We translated them as 'woodsmen'. I talked about it with Australians, with Americans - how to translate it correctly. Those are the guys who hunt the weak pieces of animals in woods, or forests. Well, here in the Czech Republic, and I think in the whole of this region, in Austria, Germany and Hungary, these woodsmen have some kind of relationship with nature and on the other hand, they are a little bit more 'simple' than the normal population. So sometimes during the hunts they drink too much and shoot each other. Therefore we thought it could be funny not to have normal zombies but only the woodsmen zombies. One man during the reading of the script invented the name 'woombie' - a woodsman zombie." 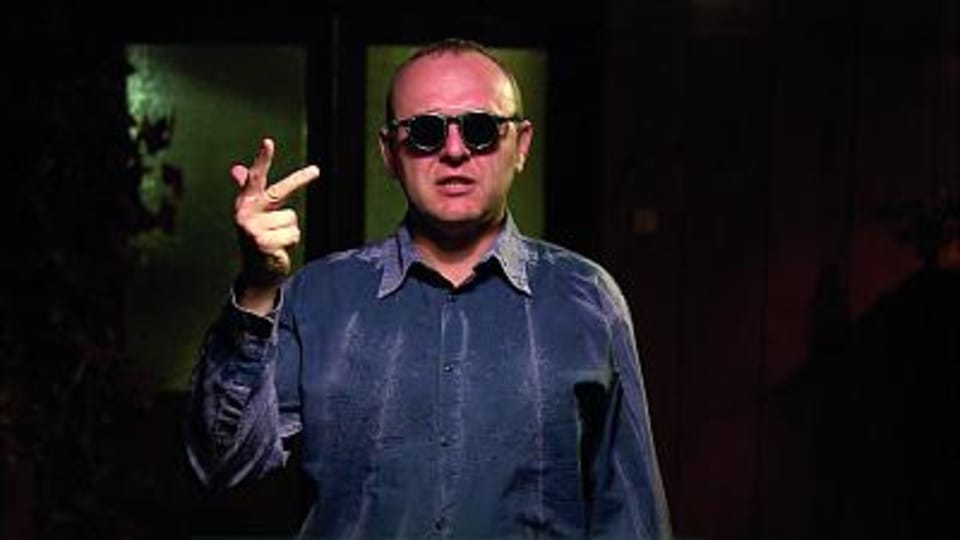 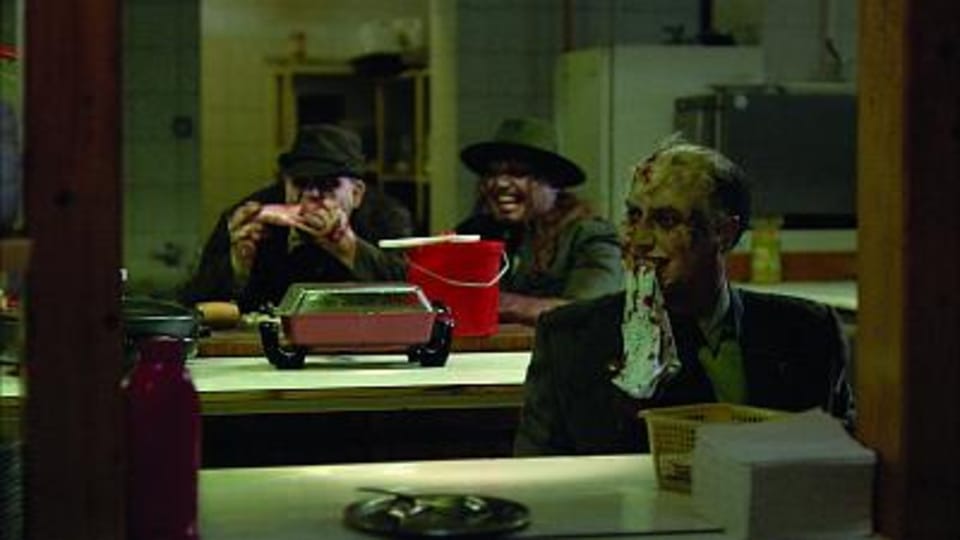 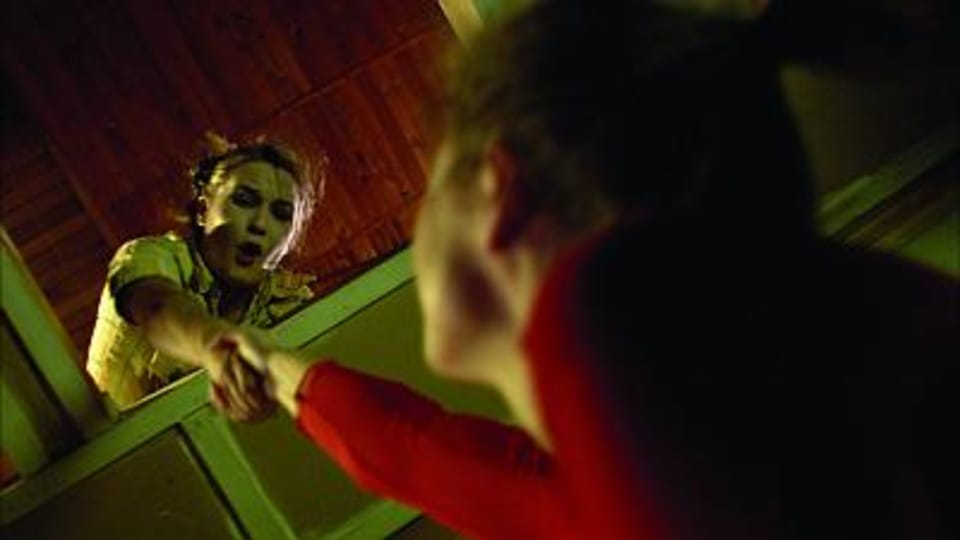 By the way, do you know that one gamekeepers' website actually announced last year that the film was being shot?

"No! Give me the address! Thank you for the information."

"No, it isn't. My collaborator Stepan Kopriva and I did a short called 'I Was a Teenage Intellectual' which was a black comedy as well and we won a few prizes around the world, for example in Houston and in Germany etc., and it encouraged us to a feature-length film." 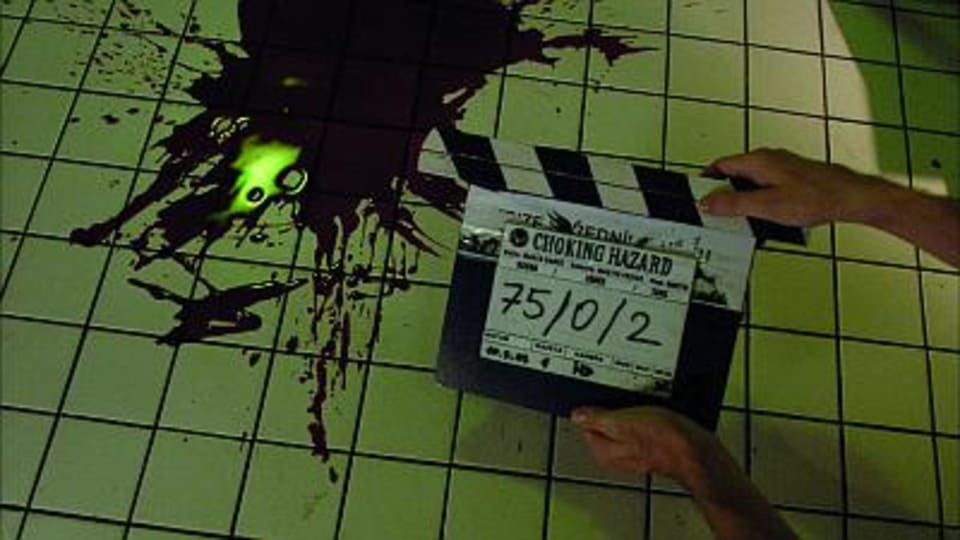 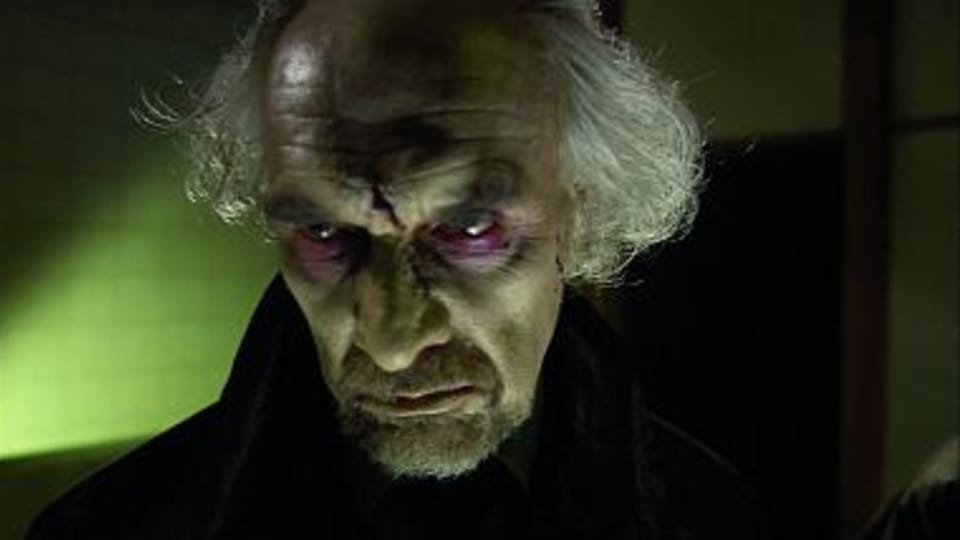 You also co-wrote the screenplay for a TV series called "Misto nahore"...

"'A Place Above'. It was a mainstream TV series. We did it for an independent producer here in the Czech Republic. You know, I was lucky that I could write a TV series for 'normal' people and a crazy black comedy for youngsters."

Is that a very different type of work, writing a TV series and a feature film?

"A little bit. Because both writing for TV and for the screen has its own rules. But when you are writing something like a TV series which should be about normal life and for normal life and you are also writing a black comedy about a group of people who are thinking about the meaning of life and then they are running away because zombie woodsmen are chasing them, it is a pretty different type of work in those two genre areas. But I don't think writing a normal film and normal TV series is that different for a screenwriter."

The Czech Republic is a very small film market? Have you ever thought of shooting a movie in English, for example?

"Well, it's my dream to do films in the English language. The next one I want to shoot in English, definitely. Because we had pretty good response from foreign audiences, for example we had a good review in Variety, I decided to be a European or international director. I want to make films in English because every creator wants to talk to as wide an audience as possible. So I will try to." 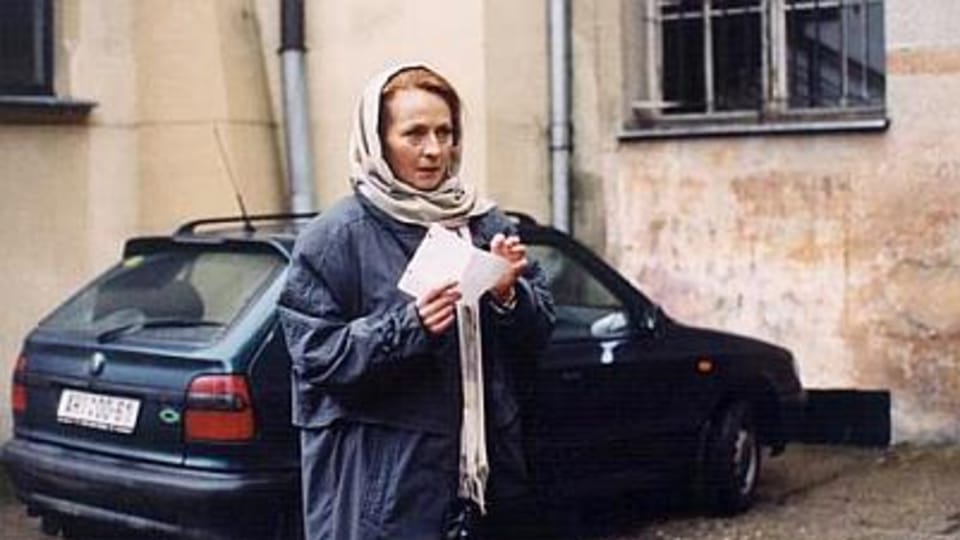 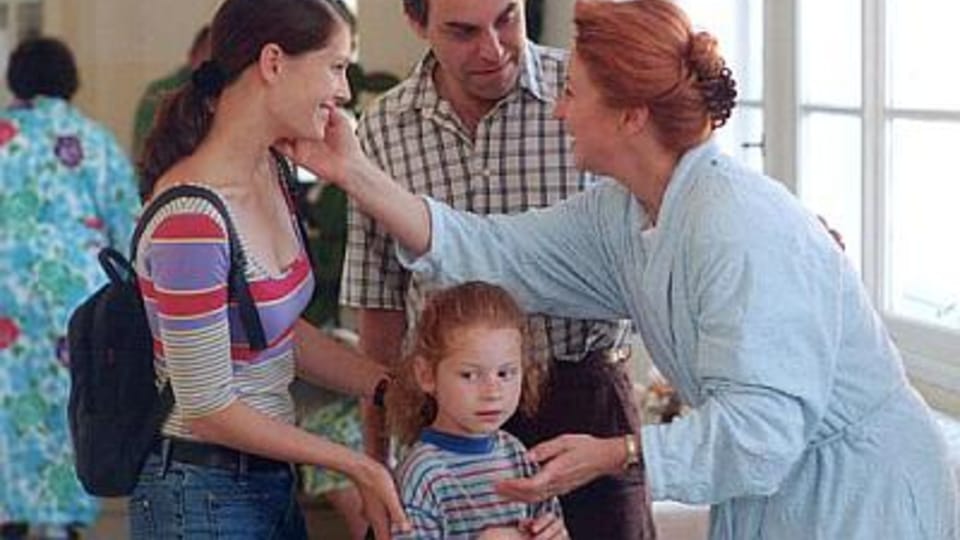 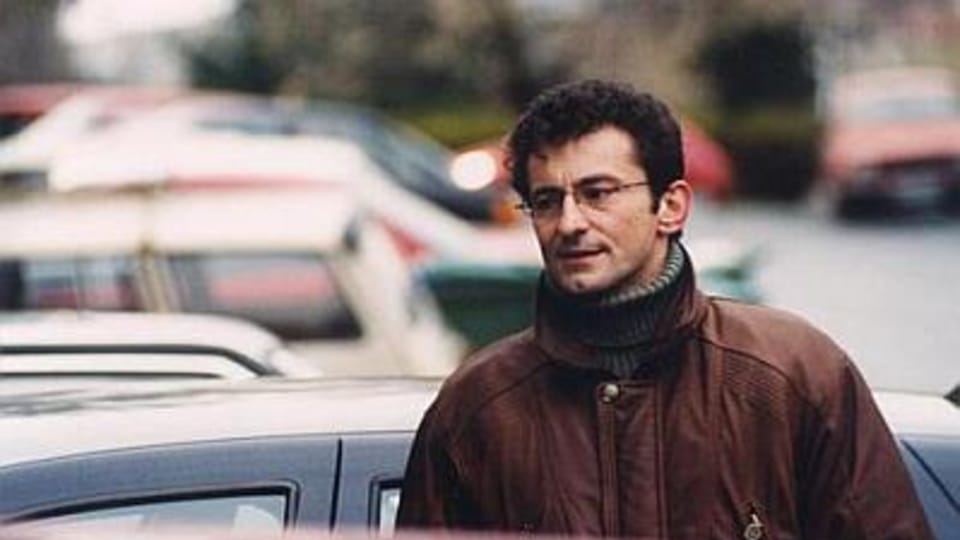 "Yes, I did. I've got two dreams. One of them is to do the third 'Ghostbusters' instalment and the second one is to do a video for Motorhead, the British rock group. And my whole creative life is going to this target..."

How did you become a screenwriter and film director?

"Well, I studied journalism at Charles University and then I decided with my two colleagues to write a feature-length comedy for youngsters, called 'C&I'. And because the producers liked the screenplay but there was no money to do it because it was not as cheap as they wanted to, they gave us the opportunity to do the TV series. And then we started as professional screenwriters. We did two other feature-length films for other producers, etc."

Do you have any artistic background?

What are you working on now?

"We are working on another screenplay for a black comedy, called 'Adolf Hitler Doesn't Like Disco'. It could be a film which finds an audience in the whole world. (By the way, we sold 'Choking Hazard' to the United States already, for DVD and video only, but still.) 'Adolf Hitler Doesn't Like Disco' is about a clone of Adolf Hitler in Prague in the near future who realises he is no ruler of the world but he is a guinea pig for a new medicine. The moment he realises he is no hero but a zero, he tries to tell people that even Adolf Hitler could be a good person, which is of course, really problematic for him. He wants to do good deeds but he is constantly wrong and causes a lot of problems to people all around him."