Welcome to Mailbox. As you know, last Thursday Radio Prague celebrated its 70th birthday. On that day we broadcast a special programme looking back at the history of Radio Prague as well as the latest news about the station. In response to the special programme we got many e-mails from our listeners. They were such a nice present for us here at Radio Prague for the anniversary, and we are proud to quote from some of them in this week's edition of Mailbox.

The first one came from Jay Ham from the United States.

"Hello from Georgia, suburbs of Atlanta. Happy 70th and thinking to the future. I am a loyal listener online and on satellite radio. Thanks for having such an interesting, witty, culturally relevant and fun news program."

Nadia Alkon who follows us in Prague sent us lovely photos of flowers and Fernando Ferreira listens to Radio Prague in Portugal:

"On the occasion of the 70th anniversary of Radio Prague, I should like to express my heartfelt congratulations to you all working on your station. Fernando Ferreira - a Radio Prague listener since 1963." 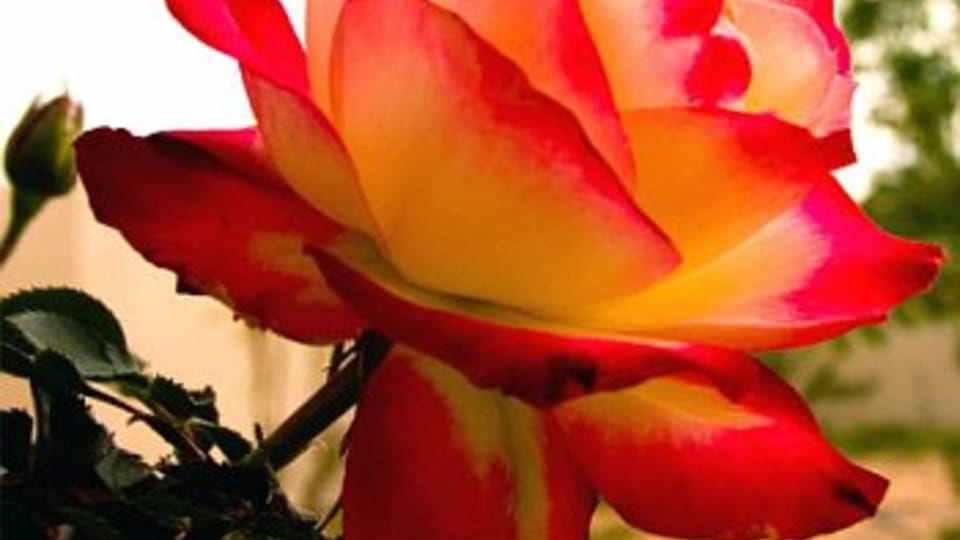 Christine Takaguchi-Coates follows Radio Prague in Japan and she sent us an electronic greeting card.

"With very best wishes on your 70th anniversary! Looking forward to many, many more successful years ahead!"

David Eldridge from England sent us this e-mail but promised to send more:

"I have written three reception reports on Radio Prague transmissions, two on 30th August 2006 and one on 31st August 2006. In keeping with the occasion I will send them by letter post. The reports are written on a Radio Prague Monitor Club form, a photocopy of the original form. The photocopy must have been made before the end of the 1980s since looking closely at the copying process it was made with technology that was obsolete by 1990."

Helmut Matt from Germany is a keen listener of Radio Prague's German and English sections' programmes:

"Of course I haven't forgotten your anniversary. Herewith I want to send you my very best wishes to Radio Prague's 70th anniversary. Instead of flowers I send you an essay, which I wrote especially for you and for this event. That's my gift for you on this day. It's originally written in German - of course for the German section of Radio Prague. As I am also a listener of your English programs, I translated the text into English for you. Hope, there aren't too many mistakes."

The essay is truly touching and hopefully, we will be able to display quotes from it on our website...

Mike Talbot from the Isle of Man wrote:

"Wishing you all at Prague Radio Happy 70th Birthday. Congratulations from the Isle of Man."

Joel Strafelda listens to Radio Prague in the United States:

"Congratulations on your 70th birthday. I have been a Radio Prague listener since I found you on the Internet a couple of years ago. In April, I purchased a short wave radio, with the intent of tuning in your broadcast. I was unsuccessful. For whatever reason, I did not get strong reception. Perhaps it was the time of the year, my location in the Midwest of America, or more likely my lack of understanding short wave. So I remain a regular daily listener of your English Program via the Internet."

This came from Eva Pilik from Los Angeles:

"Thank you so much for a wonderful program. Mama is not well and she is just talking about the years prior to 1938. I sat her by the computer and she said it brought back the ache in the heart. So many lost a way of life twice, first when Hitler occupied [Czechoslovakia] and then the communists did. I hope the younger generations listen and try to understand their grandparents and all that they had to go through in their lives."

And finally, Peter Fort listens to us in Maryland:

"I have spent the last half hour listening to your 1600 English-language live-streaming broadcast on-line in anticipation of traveling to Prague next week as a volunteer bone marrow courier, bringing marrow for a transplant late next week. I was especially inspired by the segment celebrating your 70th anniversary on-the-air with archival recordings, in particular those broadcast in August 1968.

"When I was a teenager in 1967 and 1968 (and through much of the 70s), I listened to your shortwave broadcasts from my home in Kansas City, Missouri USA with exceptional interest. A vivid memory of mine was the excitement I felt searching for and listening to your broadcasts during the dark days of late August 1968, rushing to tell my parents that I had heard your signal, and attempting to record what I could of the transmission, even traveling to a local radio station to share the news of those days, direct from Prague.

"And now, after many years as a husband, parent, and grandparent, I will finally visit Prague, albeit briefly, next week. Of course, listening to Radio Prague on-line is less of a challenge than it was during my high school and college days, but busy as I am, perhaps this is a good thing! All the best on this, your 70th anniversary!"

We'd like to also thank Borje Nilsson, Erik Koie, Gautam Kumar Sharma and many others for their greetings. I'd like to quote some more but we are out of time now. So let me just repeat the competition question for September.

"This month we would like you to tell us the name of the world-famous physicist who was born in 1838 in what is now the Czech Republic's second city of Brno and has a unit named after him which is used to define the speed of a moving object relative to the speed of sound."

I hope the definition is understandable albeit not necessarily scientifically accurate. Please, send us your answer by the end of the month to [email protected] or Radio Prague, 12099 Prague, Czech Republic.